I dont often weigh in on political issues.  I try not to overwhelm folks with my opinions and views.

But every now and then an issue comes along that I feel like I want to speak out on.

We all know I have made my fair share of rainbow foods. 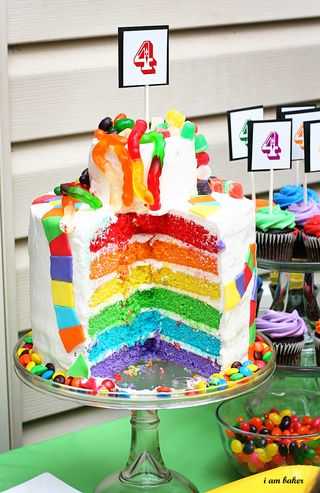 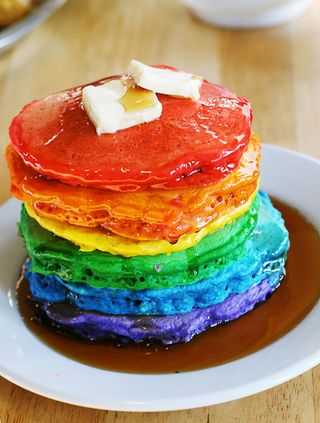 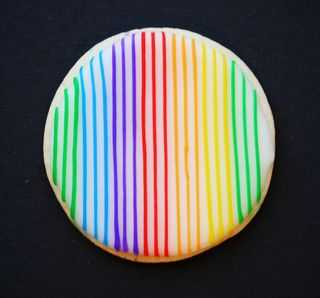 I tend to embrace rainbow items because of what it represents to me.

As a Christian the rainbow is extremely significant.

It appears essentially twice in the Bible, once in Genesis 9:13-14 and in Revelations 4:3, 10:1. In Genesis, the rainbow came after the great flood brought by God in order to remove sinful and evil minded men from the earth.

The rainbow symbolized the covenant God made with Noah (who represented mankind) that He would not destroy the world in such a way again.

I love that God allowed us a tangible representation of His promise, and every time I gaze upon the glorious beauty and awe of a rainbow I can feel security in Gods faithful covenant to us.

Now, I dont know if you have heard, but there is a bakery in Indianapolis called Just Cookies that was asked to make an order of rainbow cupcakes for National Coming Out Day.

They first stated they dont make cupcakes. (which is true) The husband and co-owner then came forward and stated that, “I explained we’re a family-run business, we have two young, impressionable daughters, and we thought maybe it was best not to do that.”

They are now being ripped apart in the media and being called horrible names.  People are boycotting their business and going on to business rating websites and claiming that in addition to being biggots, the baked items they sell taste horrible and are inedible.

The very people who say they are striving for peace and tolerance are now making it their mission to destroy people who have a different view.

I guess that doesnt sit right with me.

When I received an abundance of negative feedback for my rainbow pancakes I was also fortunate enough to receive some kind and supportive feedback.  Occasionally, it was from a homosexual individual applauding me for promoting gay pride in my home or for teaching my kids not to be homophobic.

I questioned myself how to best reply to those kind of comments. When I teach my kids about the rainbow, its is always accompanied by a message of hope and grace, and that they can serve a God who always keeps his promises.

What it all boils down to is that a rainbow can mean very different things to people.

Is it fair to criminalize and demonize a business because to them, a rainbow represents something that directly counteracts their belief system?

And in all fairness, they never declined to serve gay customers, but instead chose to not promote a specific event.

You know I am totally curious about your opinion.  Would you boycott them?  Should the city be allowed to force them into making those cupcakes?  Where do you stand?

*Please keep your comments respectful and do not attack other commentors.

As of March 6th, 2011, the comments on this post are closed.  Some people who adamantly disagree with my views and the views of some of my readers have chosen so leave harassing, demeaning, derogatory, hurtful, negative and just plain mean comments.

There is no room for disrespect here, no matter what your belief system is.

You are free to debate this elsewhere.

The Best Mistake Ever