Making decadent chocolate zucchini brownies that cover double stuff Oreo’s that are nestled over a layer of zucchini chocolate chip cookies is my new favorite thing to do. 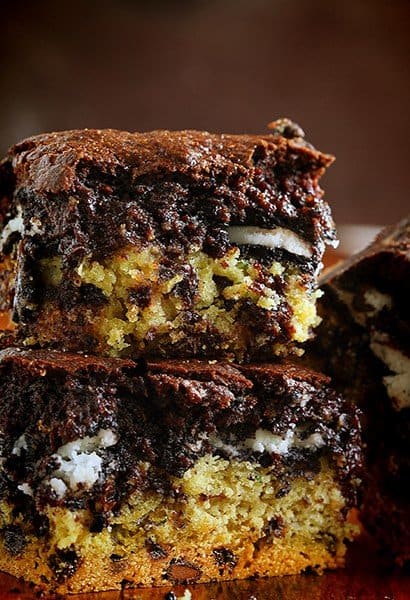 Telling people what they are called is not.

I first saw these, just like so many millions of people in the world, was completely fascinated. First by the name (which totally made me wince), then by the recipe. They have been around for 5 years now and I have to admit, the idea of this recipe has really grown on me.

But! I happen to have 37,456 zucchini, so I decided to make it a ZUCCHINI dessert.

Trust me. It’s still amazing. Seriously amazing. And because it has those fabulous little green specks in there I am somehow tricked into thinking that they aren’t as bad for me.

Here is a little video on how I made it:

Chilling the zucchini chocolate chip dough for at least 15 minutes is a fun way to boost flavor.

I like a fine grate on my zucchini with the green skin on. If you do not want anyone to know there is zucchini in this recipe, simply peel zucchini prior to grating. 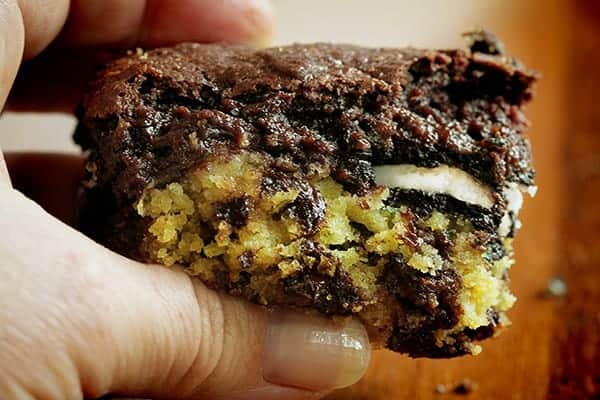