Death By Chocolate Pie is a chocolate lover’s dream with its Oreo cookie crust and a creamy chocolate filling loaded with homemade brownie pieces and chocolate whipped cream. Try my Chocolate Cheesecake for another decadent dessert.

If any dessert will make chocolate lovers unite, this is it! It’s a dessert that is loaded (and that is not an exaggeration) with chocolate! From the Oreo crust to the chocolate and brownie filling, this is the richest, most chocolatey cheesecake pie you will ever taste! 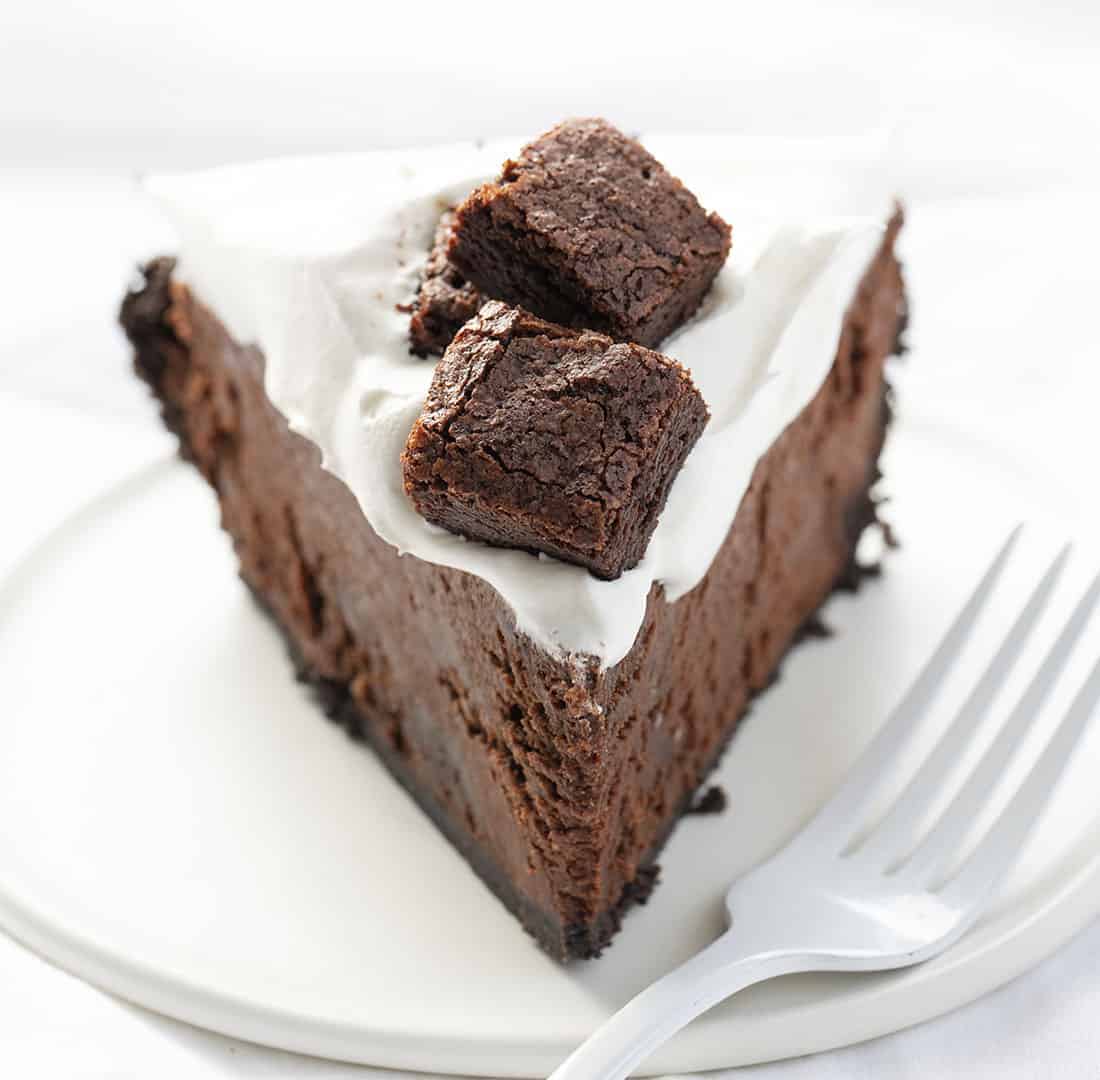 With chocolate as the main ingredient in this pie, it certainly fits in the ‘death by chocolate’ category! There are a few steps to this recipe, but it is not as difficult to make as it looks. Plus, it’s an impressive dessert that is fun to show off and share! 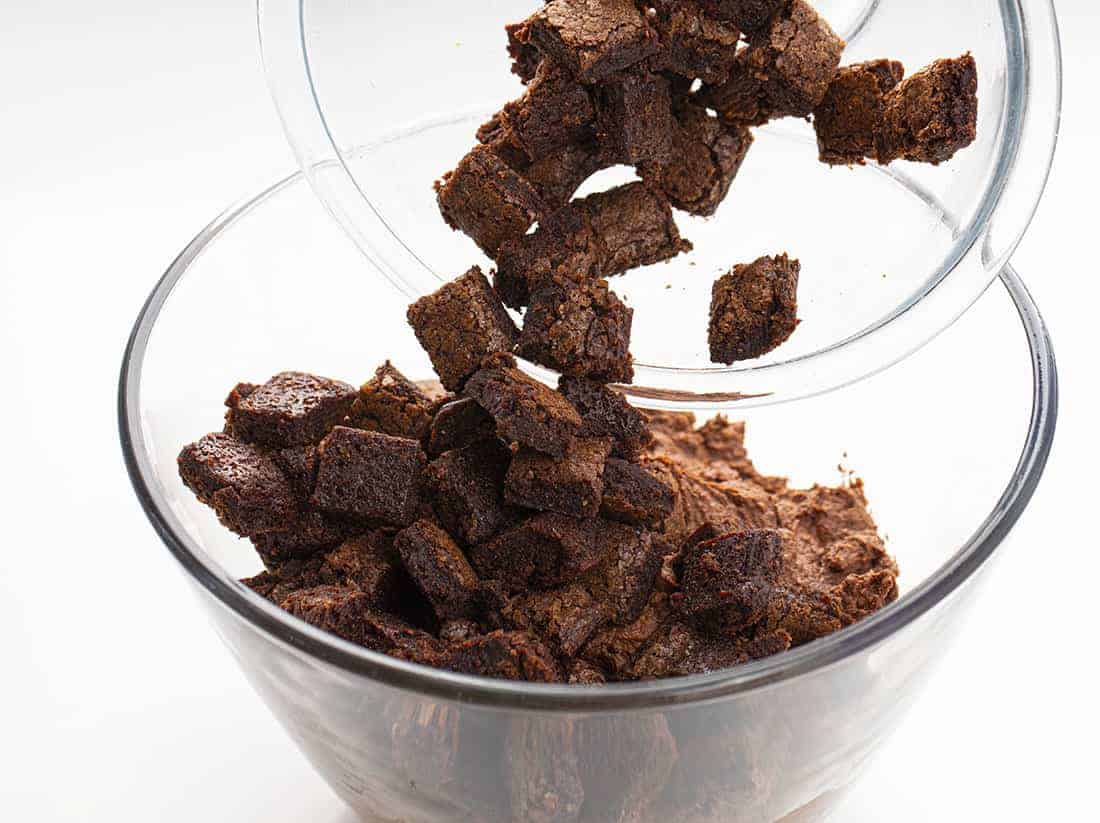 The first thing you are going to need to make for this recipe is the brownies. They will need time to cool before you cut them into pieces to add to the filling. Prepare brownies in a parchment paper-lined 9×9-inch pan and bake according to the recipe below. 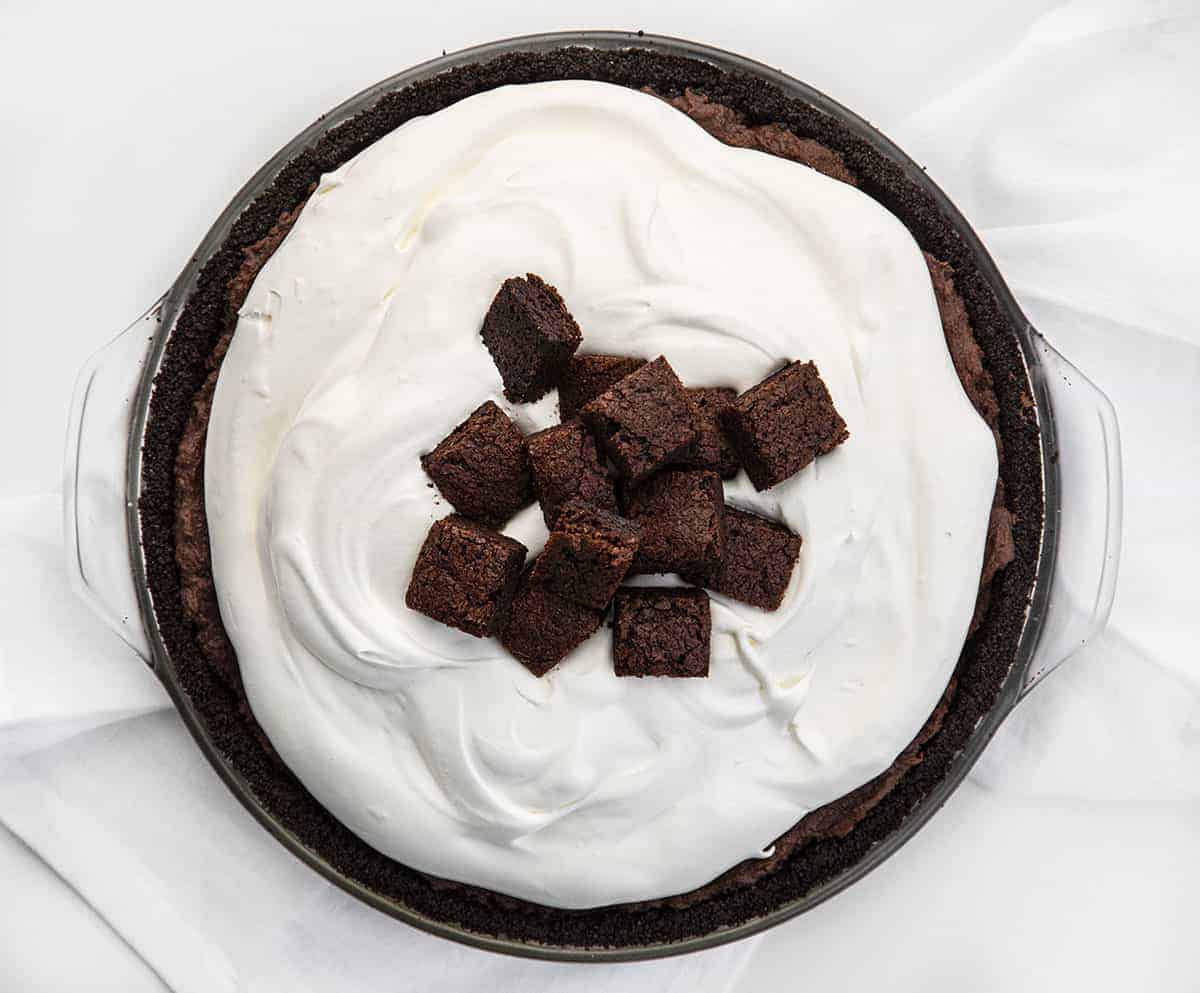 If possible, make your own crust for the Death By Chocolate Pie. The store-bought crusts are okay, but they just aren’t up to par with the homemade ones. To make the Oreo cookie crust, you could buy it or crush about 20 of the sandwich cookies with the filling removed.

If you have to crush your own cookies, add them to a food processor and process until you have a fine crumb. You could also use a rolling pin to roll over the cookies that are in sealed plastic baggies to get them into fine crumbs. A hammer also works, but just gentle taps!

Combine the crushed cookies and melted butter in a medium bowl until the mixture is combined. When mixing together the ingredients (with a fork), make sure every single crumb is coated in butter. The butter acts as the binding agent, so when you see recipes that have piles of crumbs left on the plate, it is usually because they were not coated with butter. 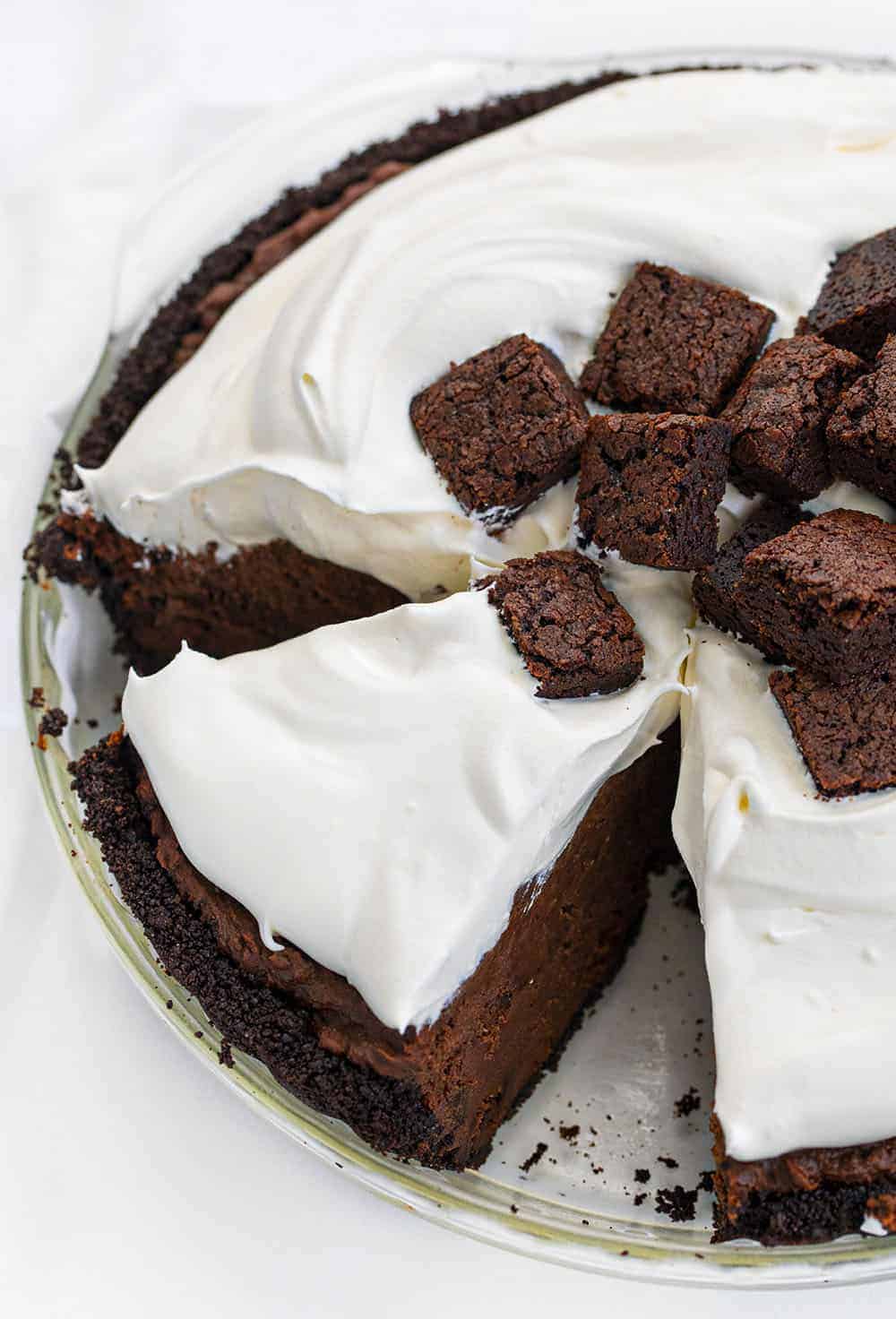 How to Make Chocolate Whipped Cream

You will be using the whipped cream in the filling, so just set it aside as you prepare the chocolate filling.

How to Make Death By Chocolate Pie

After the brownies have been baked and cooled, the crust pressed in the pan, and the chocolate whipped cream ready to go, it’s time to make the filling and get this pie chilled!

Serve the pie with whipped topping and reserved brownie pieces. Indulge and Enjoy! 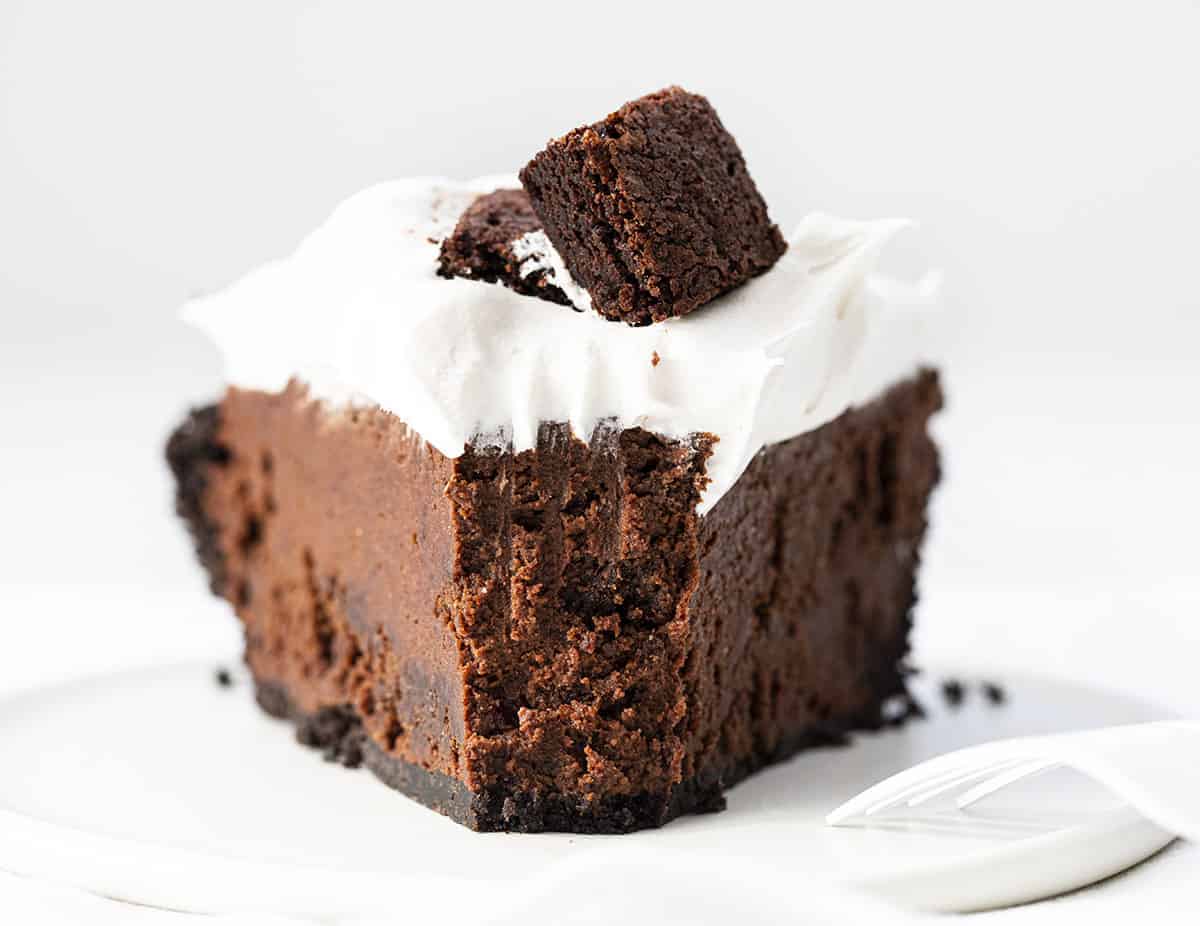 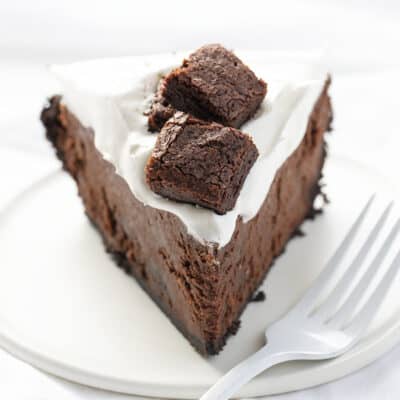