Bring your apple juice to an adult level with this Cinnamon Apple Moonshine. This alcoholic beverage is not your kids’ apple juice, that is for sure! It packs a punch, but it warms you up inside on these cold winter nights! If you are looking for more alcoholic beverages, try my Vodka Lemonade or Mojito Sangria. 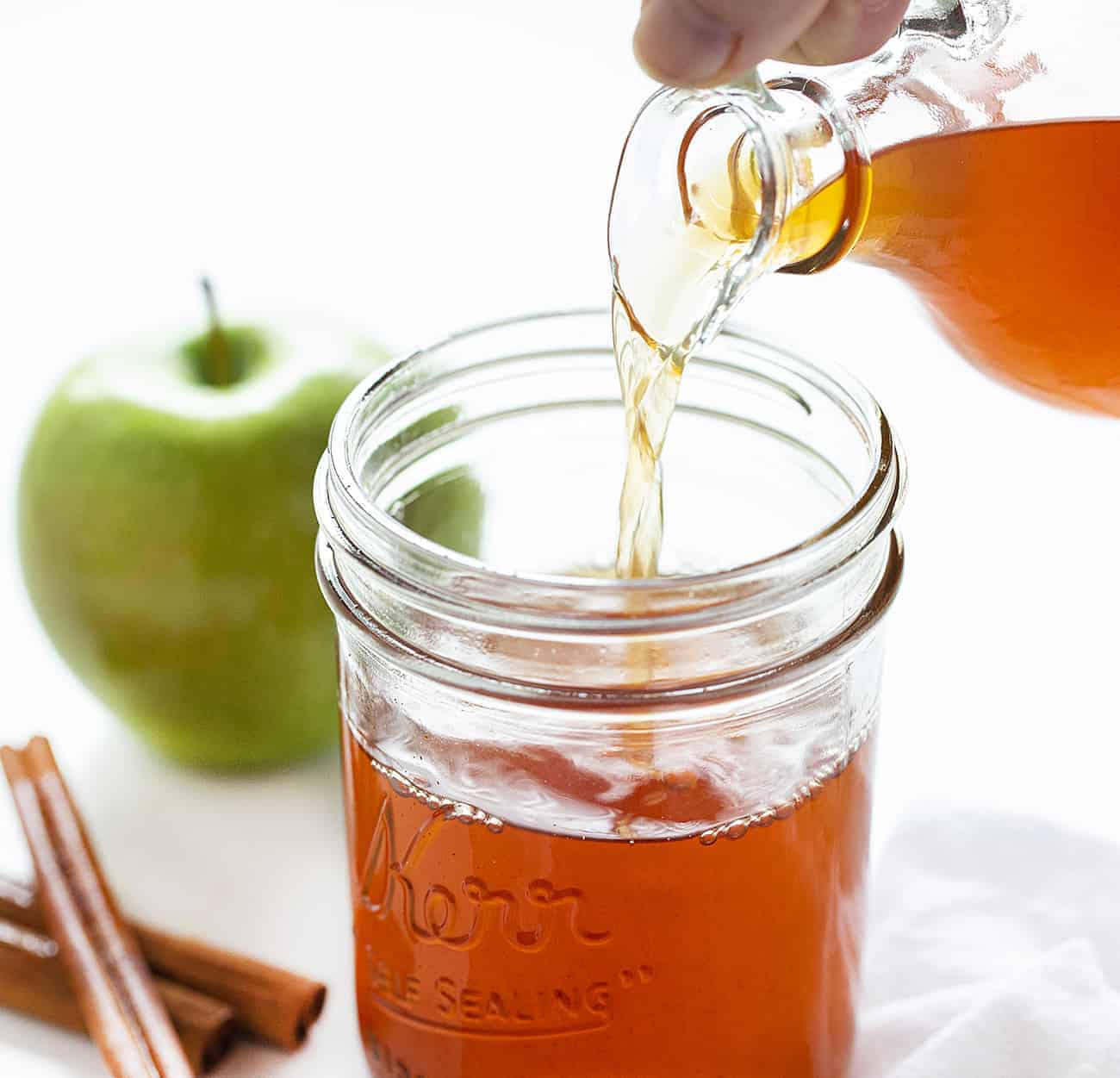 Moonshine has been around for centuries, but it really became popular in the 18th century when people were making moonshine on their own to avoid the federal tax on liquor. Luckily, moonshine is still around and it is not forbidden. No reason to find a speakeasy to enjoy an alcoholic beverage–you can make your own! And, you can make it any time of the day, not under the moon in the middle of the night, unless you really want to! 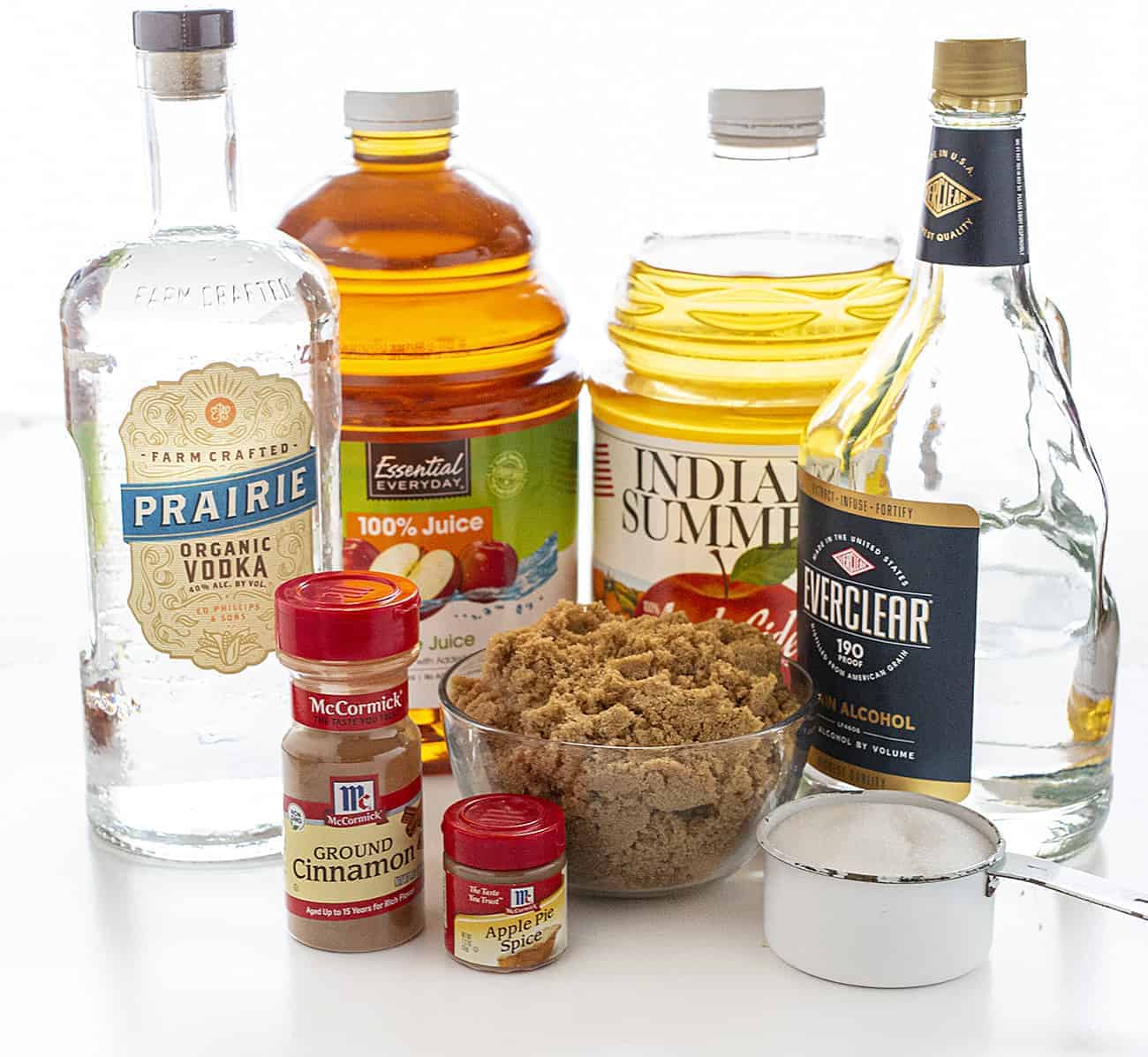 How to Make Cinnamon Apple Moonshine

Moonshine, white lightning, homebrew, shiney, or whatever you want to call it, has stood the test of time for a reason. You don’t need much of it or you will not be standing for long! But, sometimes a night (or day–no judging here 😂) calls for a little something to warm you up! It takes a little bit of patience to make Cinnamon Apple Moonshine, but then you will have enough to last a while, and it really is easy! 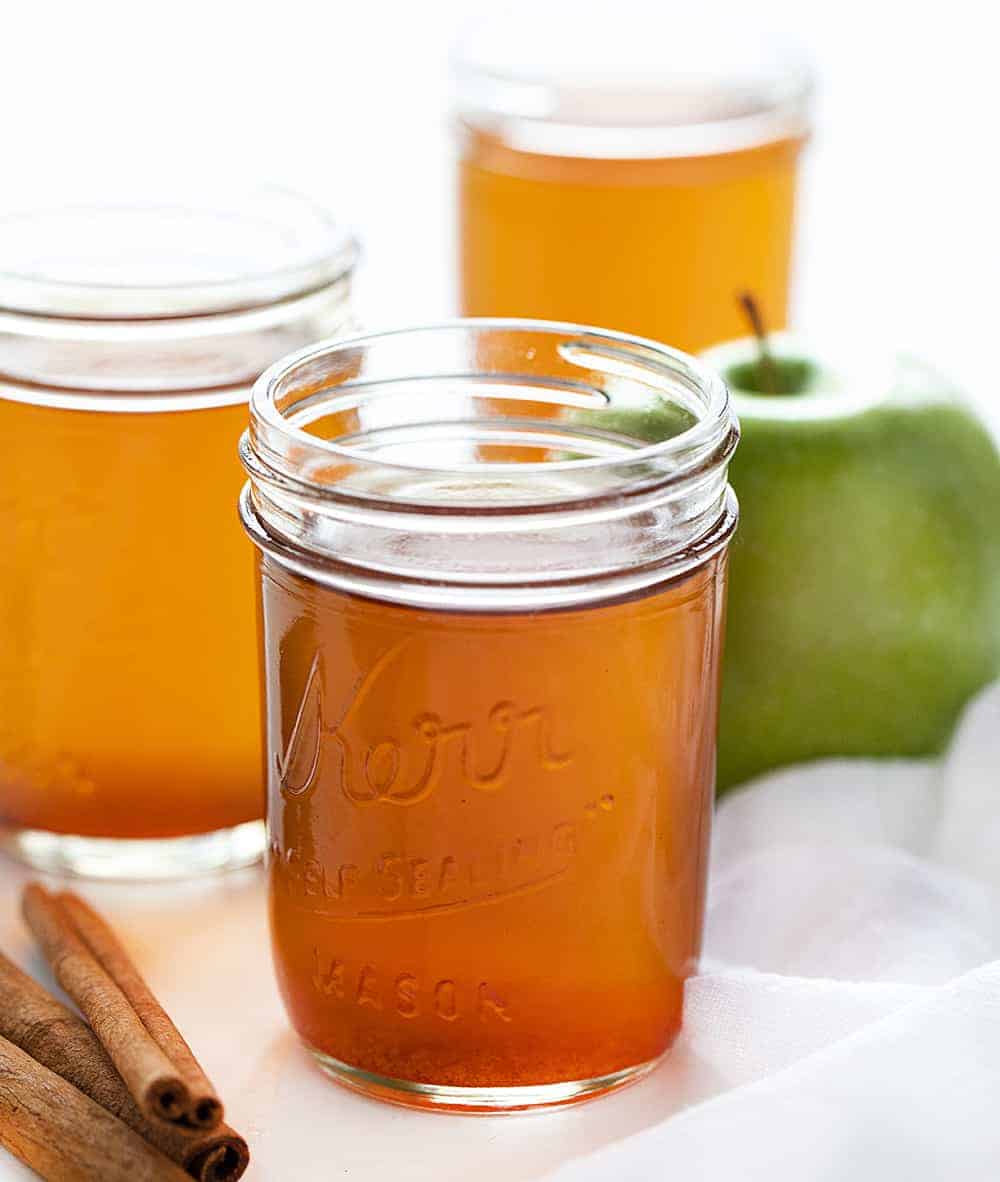 When to Serve Moonshine

We were a little shocked at how good it tastes the same day it is made. However, and I do highly recommend this, letting the jars chill for 2-3 weeks before consuming makes for an amazing drink. The longer it sits, the better. It is one reason why this batch is so large, you make it once and enjoy it for up to a year! (Depending on how much you like to drink! 😂) 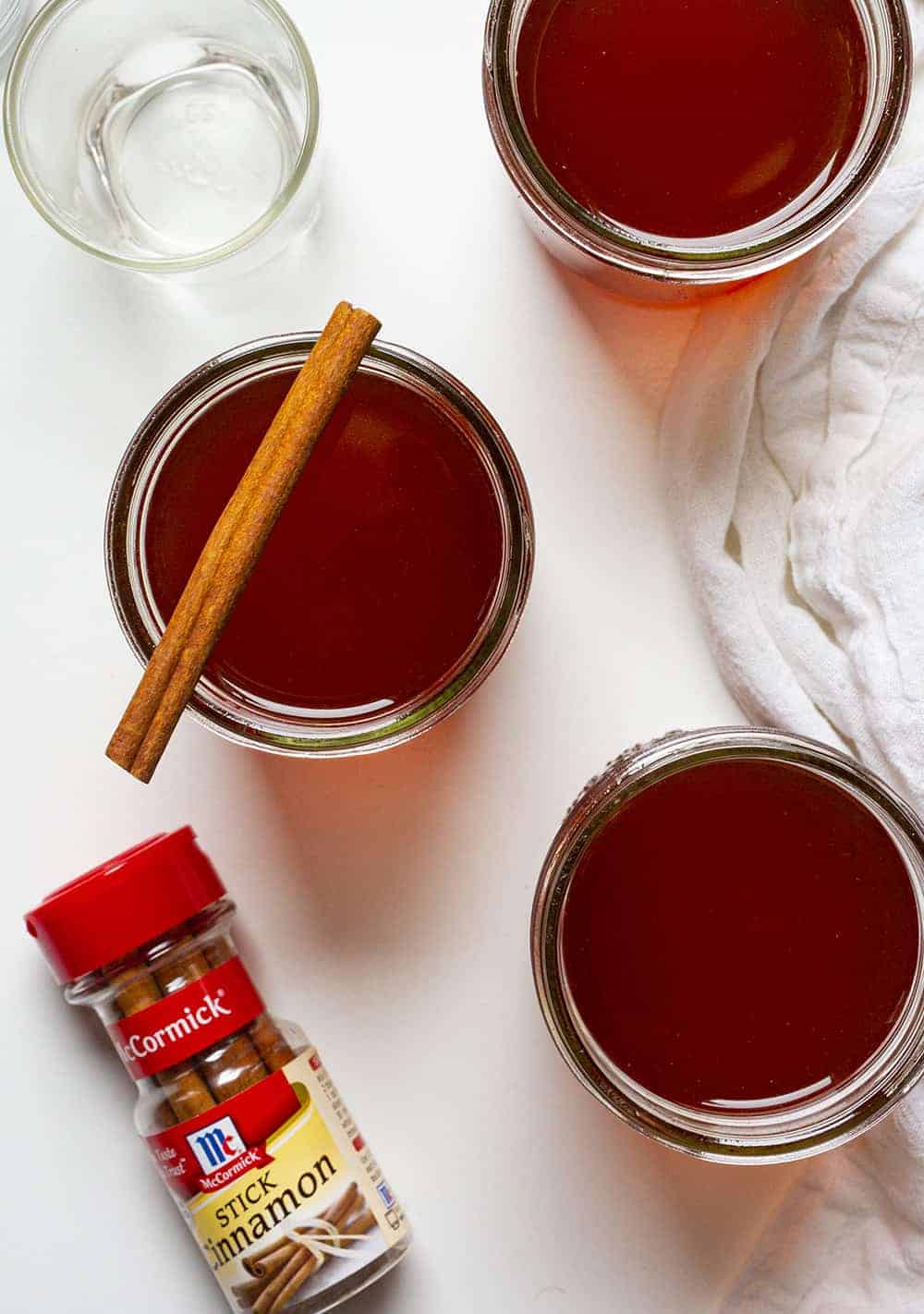 How to Store your Cinnamon Apple Moonshine

I am sure you have seen most moonshine in a mason jar. Yes, it looks cool, but there are more reasons than how it looks to store the Cinnamon Apple Moonshine in a glass jar. First of all, a glass jar can help the moonshine taste to develop. Because you will probably want to store some for a while, this is important. It does not need to be a mason jar, but it does need to be a jar that seals. Second, the glass will keep your moonshine from going bad, unlike a plastic bottle. And third, it just feels right to take a sip of moonshine from a mason jar, doesn’t it?!?

I prefer using mason jars because I like having the option to can it if I don’t have the refrigerator space. Speaking of canning…

How to Can Moonshine

If you are canning, be sure your jars are sterilized before adding the moonshine to them.

Fill your jars with moonshine being sure to leave at least 1/2 inch at the top. Wipe the rim of the jar with a clean towel. Add the canning lids. Screw on the outer ring.

Submerge the jars into boiling water for anywhere from 10-20 minutes. Carefully remove jars from the water and allow to sit, undisturbed, for 24 hours on a counter lined with a towel. Check for proper seal; if a jar has not sealed well, it will need to be stored in the refrigerator.

Always make sure you are following all safety guidelines outlined by the USDA when canning anything. 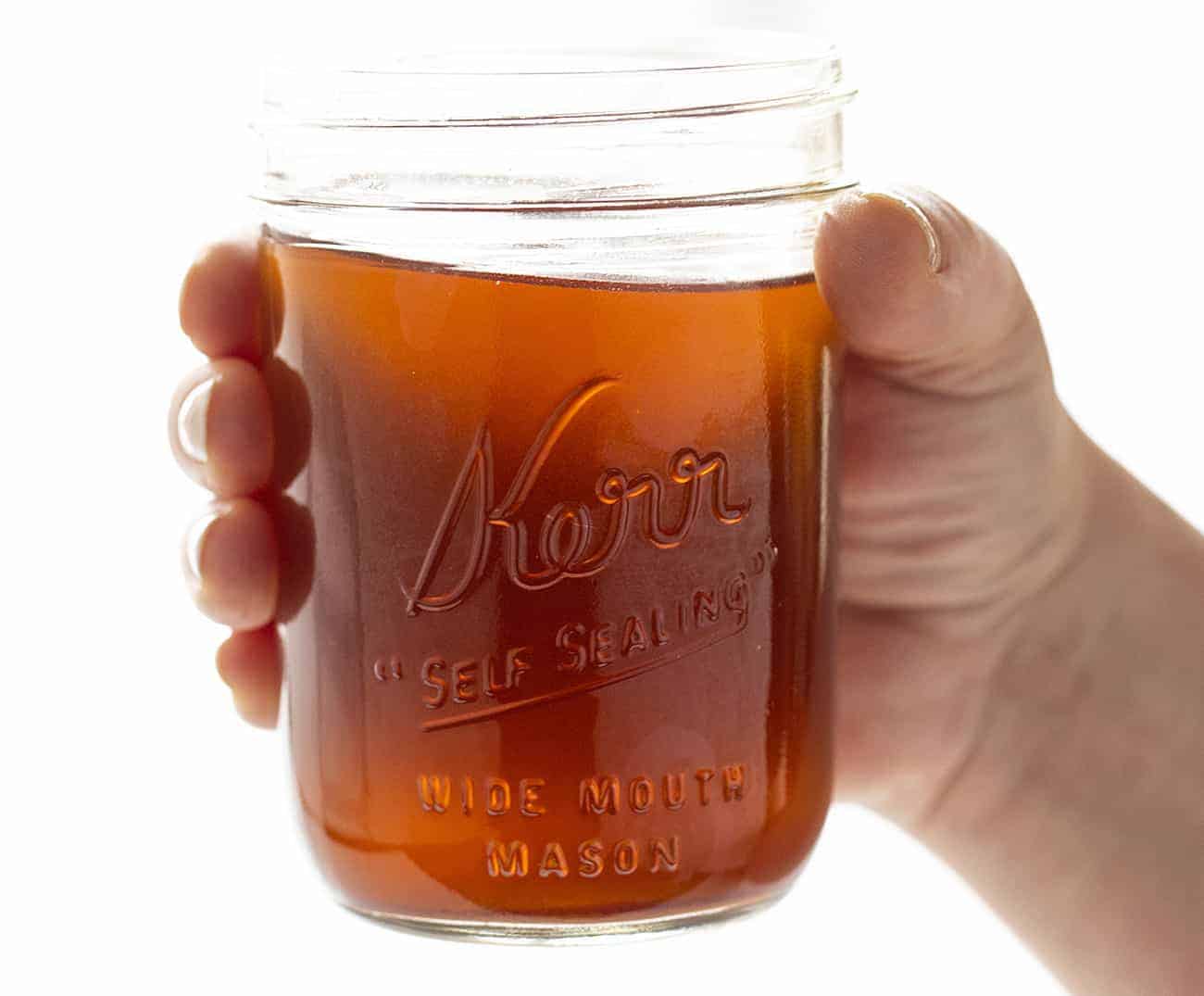 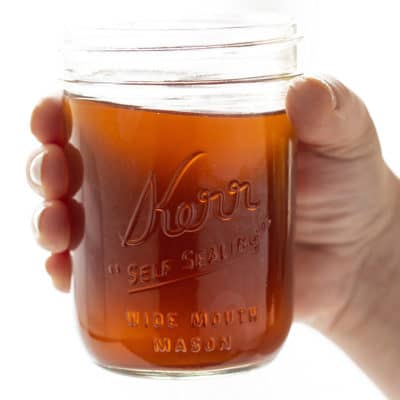 If you want to make a smaller batch, I can help with that! Simply let your mouse hover over the AMOUNT next to the servings. (For instance~ SERVINGS: 12 JARS) A slider bar will pop up and you can adjust the bar to the amount you want to make. The amounts within the recipe will automatically change based on the serving size you choose.  This method for customizing quantity works on your DESKTOP, not on mobile. 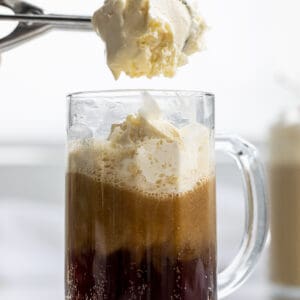 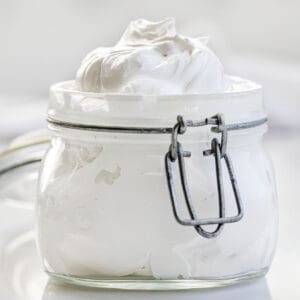 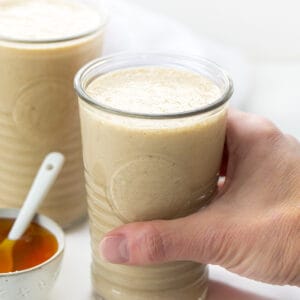