Copycat Rumchata is a cream-based liqueur made with heavy cream, milk, dark rum, simple syrup, cinnamon, and nutmeg. It’s delicious over ice or in your favorite cocktail like a Naughty White Russian.

If you are looking for a creamy and tasty versatile liqueur, this is the recipe you need to have on hand. It’s super simple to make, and there are so many ways to enjoy it! RumChata® is made in Wisconsin and is described as a Caribbean rum that blends with Mexican spices and Wisconsin dairy cream. It’s a little bit of cinnamon spice in every sip. Add some to your Rumchata Eggnog for a creamy holiday drink.

Cream: Since this is a cream-based liqueur, look for heavy cream (also known as heavy whipping cream).

Milk: I prefer whole milk for added creaminess to the beverage. You could use the milk you have on hand.

Simple Syrup: If you don’t have any on hand, it’s super easy to make your own simple syrup.

Spices: With spice as a descriptor of this drink, I added both cinnamon and nutmeg.

Rum: Generally, dark rum is used in RumChata®. If you use light rum, the flavor will differ. If you want this with less alcohol, start with about half of the amount of rum. You can always add more to taste.

What is the Difference Between Rum Chata and Baileys Irish Cream?

Although both are cream-based liqueurs, there is a difference between RumChata® and Baileys Irish cream when it comes to flavor. Rumchata has rum and cinnamon flavor while Baileys Irish cream has a chocolate flavor with a base of whiskey. However, the two are often used interchangeably. A closer variety of Bailey’s is their cinnamon and vanilla variety if you want a closer match in taste.

How to Serve Rum Chata

As I stated above, there are many ways to enjoy this liqueur. Besides over ice, here are some of my favorite ways:

How to Store Copycat Rum Chata

Unlike storebought RumChata®, this copycat Rum Chata does need to be stored in the refrigerator. We stored it for up to a week, and it was still okay, but the cream did separate from the mixture a bit. So, I would recommend using it within a few days. If you need it to last a little longer, add the rum right before using it. 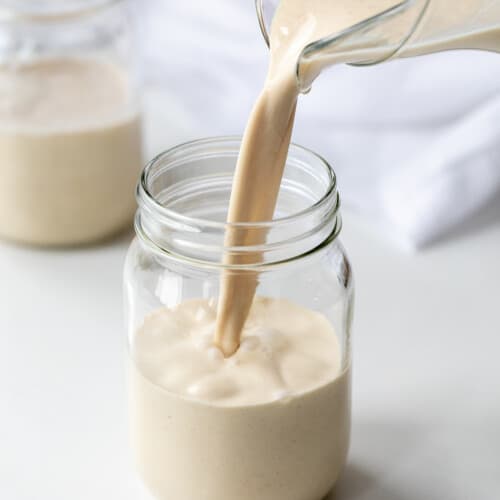 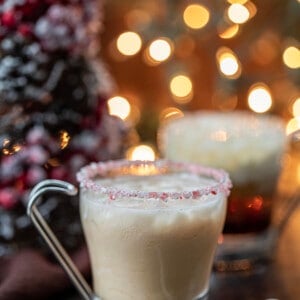 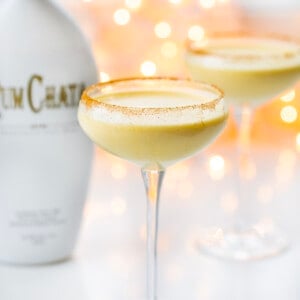 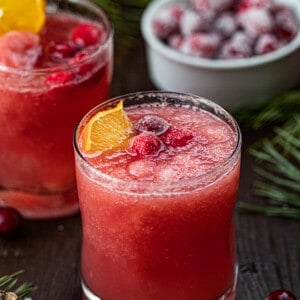 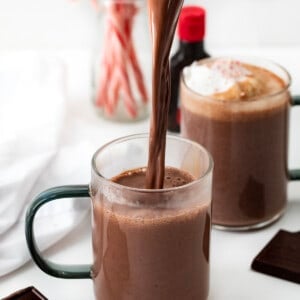