Peanut Butter Cookie Brownies are a decadent dessert that starts with a layer of a peanut butter cookie, followed by a layer of double-stuffed Oreo cookies and topped with chocolate brownies, all baked together for a melt-in-your-mouth treat.

And, did I mention I also have a homemade Peanut Butter Sauce topping you can pour over the brownies?!?! Well, I do! It is optional, but I highly recommend it😀. Try my Peanut Butter Cookie Dessert Pizza for another sweet treat using the peanut butter sauce. 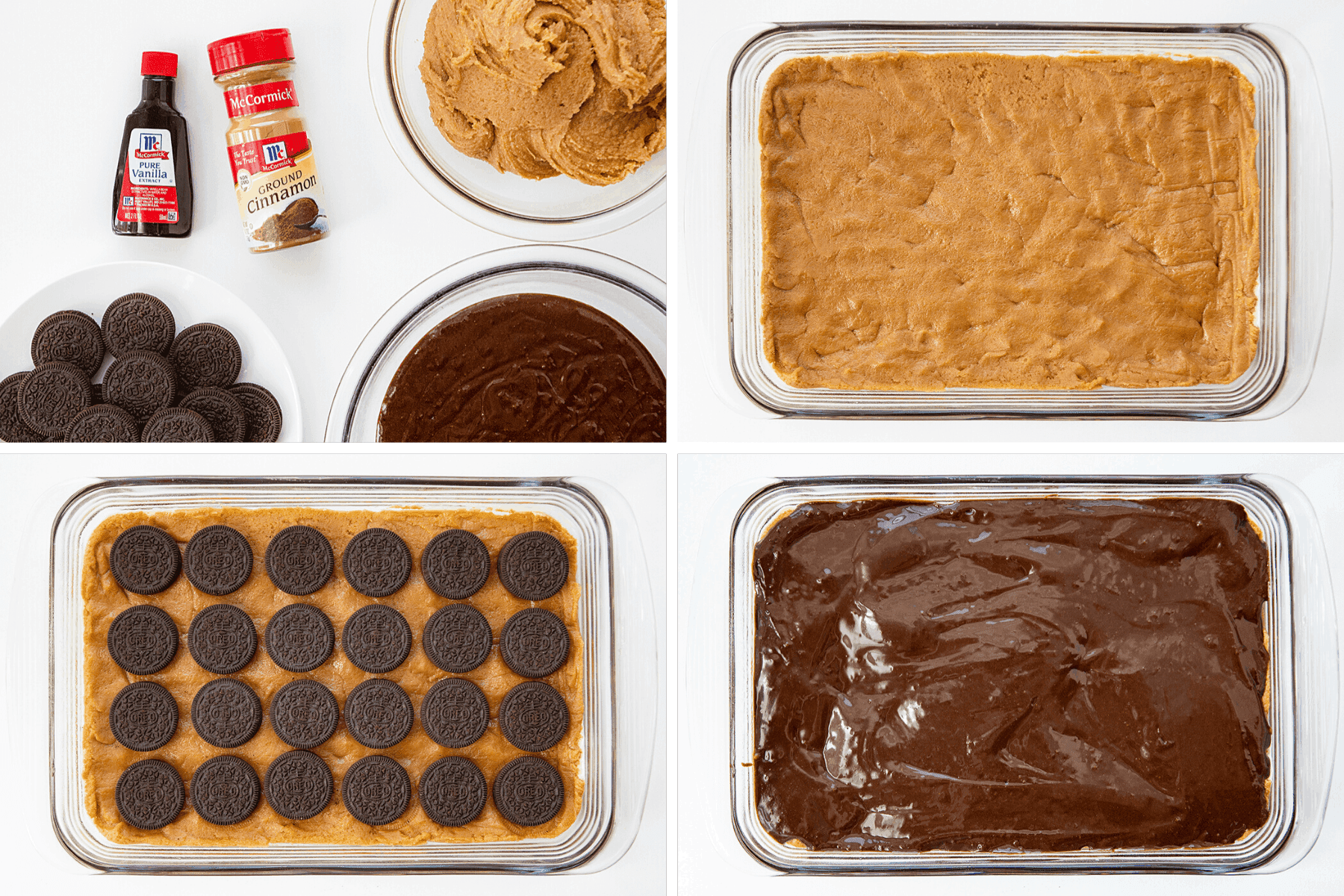 Meanwhile, in a separate bowl, make the brownie batter by following the instructions on the box. Then, add 1/2 teaspoon of cinnamon to the brownie batter. Pour that on top of the Oreo cookies and bake it all together for 35-40 minutes. To check for doneness, insert a toothpick into the brownie layer only. The toothpick should come out with a few crumbs on it, but no wet batter. Let the brownies cool before cutting and adding the peanut butter sauce.

How to Make the Peanut Butter Sauce

Yes, this Peanut Butter Sauce is an added bonus to this recipe, but if you have the ingredients on hand to make this, I would give it a try! Even if you don’t want to add it to these brownies, pour some over ice cream to get that ‘magic shell’!

To make the sauce, in a medium saucepan, melt the butter and peanut butter over medium-low heat. Once they are fully melted and combined, add in butterscotch chips. Remove from heat and stir continually until mostly melted. There may be chunks on the bottom of the pan, but that is fine! Let it cool a bit before adding it to the brownies or ice cream or both! You can store the brownies at room temperature or in an airtight container for up to three days.

Store brownies in an airtight container for up to 3 days or in the refrigerator for up to 7 days.