These Raspberry Cheesecake Brownies are so delicious that they are going to make your head spin!  Deliciously moist and fudgy brownies combined with the perfect raspberry cheesecake mixture.  You won’t want regular brownies again!  If you are like me and you LOVE brownies, make sure to check out my brownie mix, which is what this Raspberry Cheesecake Brownie is based on.  This is perfect for gift giving too!  Also, be sure to check out my favorite all-time best brownies, which is perfect for keeping all to yourself! 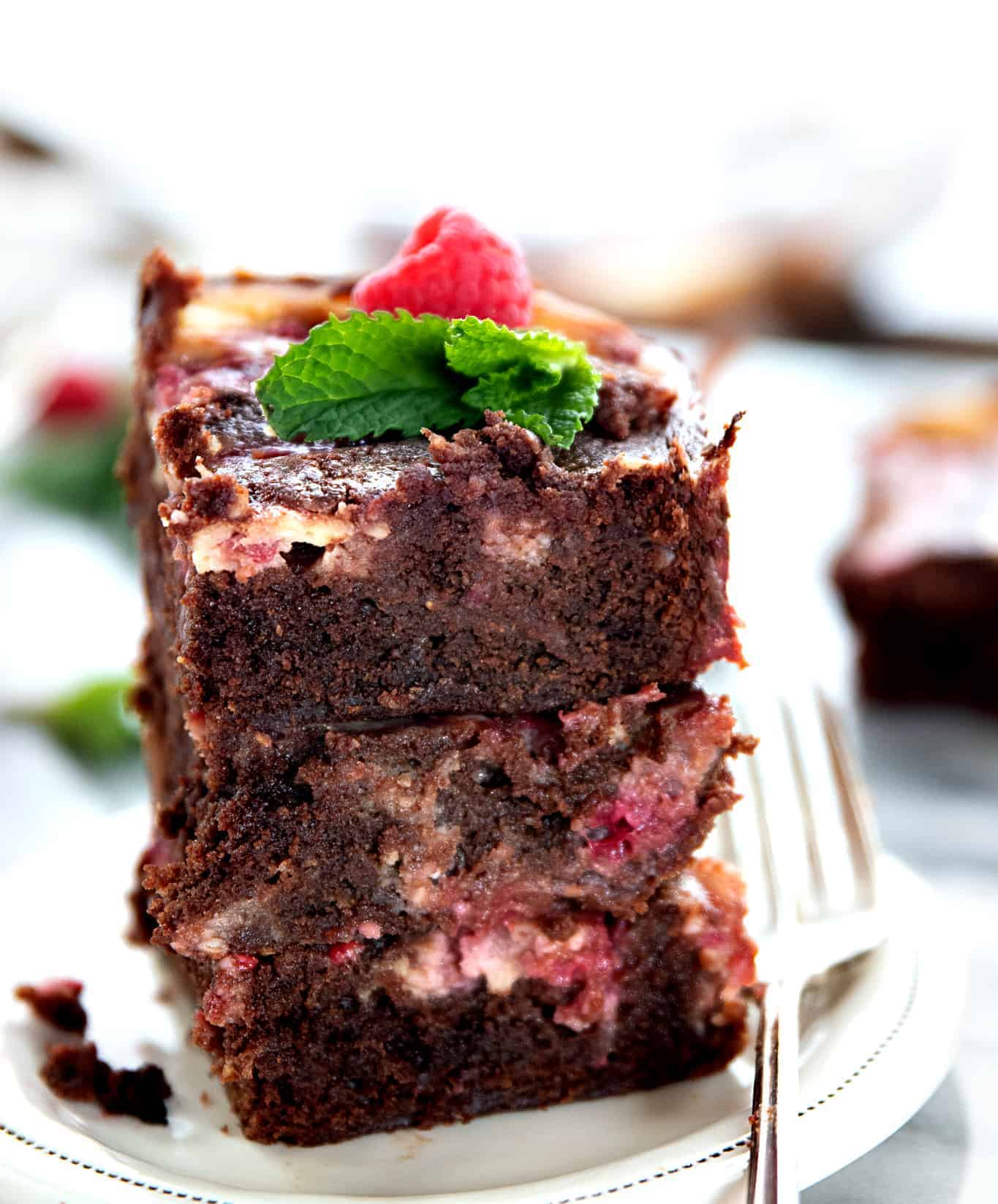 Cheesecakes are one of my favorite cakes to make and serve.  I just love the velvety texture and of a good cheesecake. When I head to my kitchen, most days I try to experiment by incorporating things that I love into different dishes.  I started thinking about pairing a rich and fruity cheesecake with one of my other favorite desserts, homemade moist and fudgy brownies.  To the kitchen, I went, and the results were just as I expected.  Glorius. 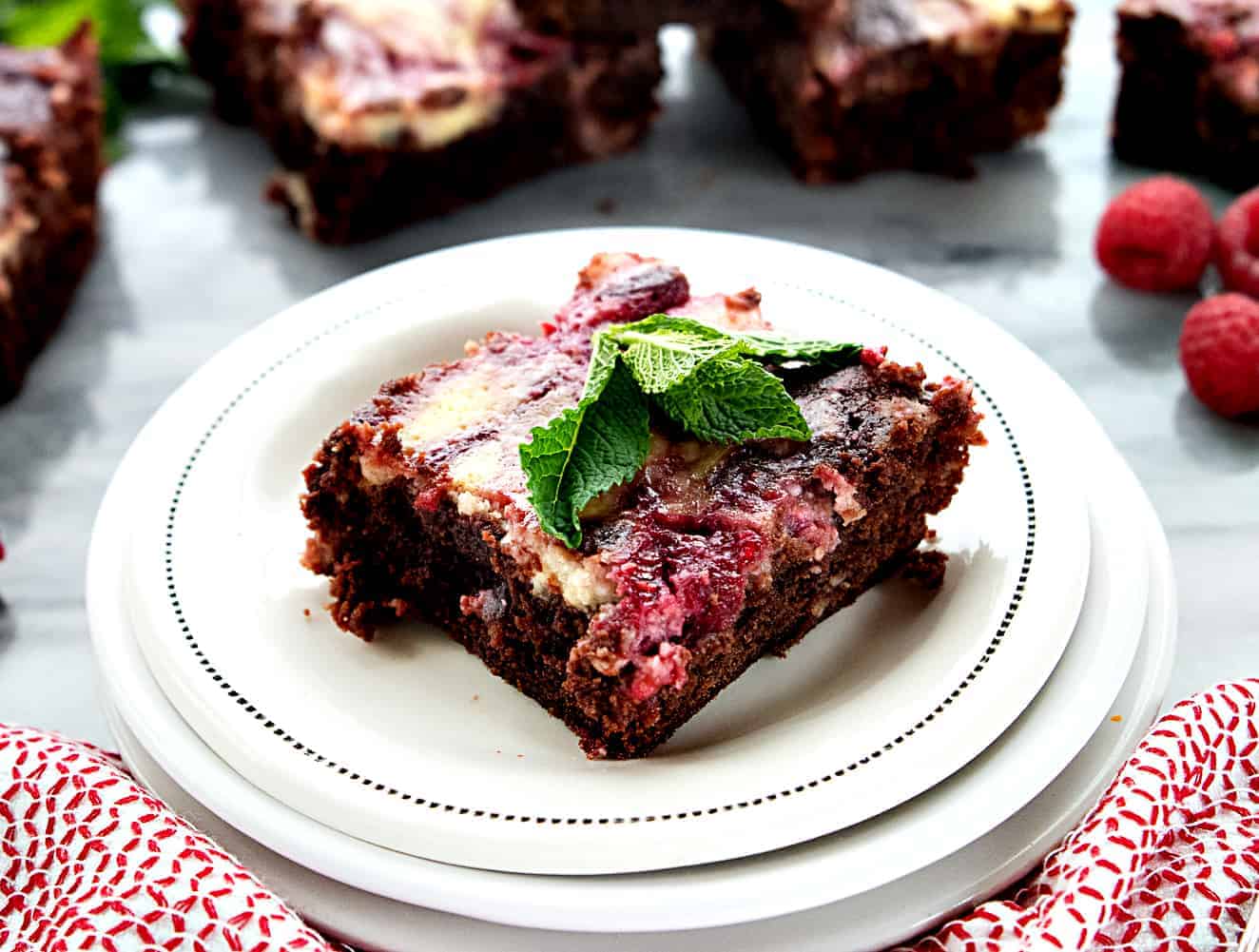 To make this recipe you start with a traditional brownie base, my all time favorite brownie mix recipe is the base for this delicious raspberry cheesecake brownie.  You can make this up ahead of time by just mixing together the dry ingredients and putting them in an airtight container.  I love to hand this out for gifts too!  To make the simple brownie mix you will need just a few things that are likely already hanging out in your kitchen: 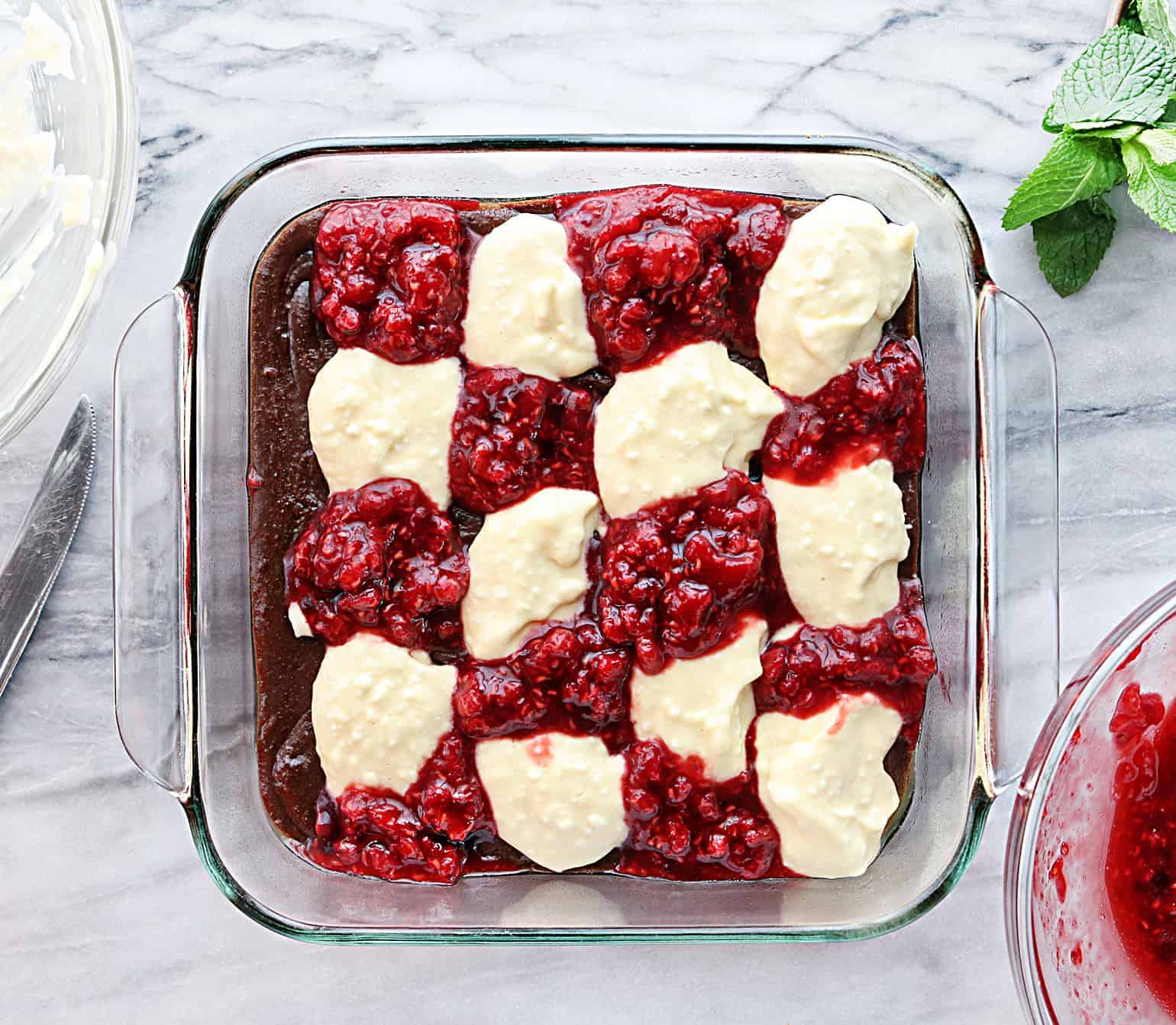 How to Make Raspberry Cheesecake Brownies

Brownies are not hard to make, you mix the dry stuff with the wet stuff and bake.  This recipe adds a simple but amazing step at the very end that makes it so over the top amazing!  To make Raspberry Cheesecake Brownies start with the brownie base.

In a medium bowl, beat the eggs and vanilla together. Once combined, add in the dry ingredients (sugar, cocoa powder, flour, salt, and baking soda).  Pour in the melted butter and mix it until the butter is fully incorporated.  Pour the batter into an 8-inch square baking dish and spread it out evenly in the pan.  Set this aside while you prepare the next step.

How to Make Raspberry Cheesecake Topping

You will need two bowls, one for the cream cheese mixture and one for the raspberry mixture.  In your first bowl, combine cream cheese, sour cream, egg, sugar, flour, and vanilla.  Whip this until it is light and creamy.  In your second bowl, combine the freshly crushed raspberries with raspberry jam.  Now, head back to your brownie batter and add to the top ten dollops of each.  Alternate back and forth between the raspberry mixture and the cream cheese mixture.  This will ensure that your flavors are evenly distributed.  Glide a knife through all of the layers a few times to create a swirled effect.  Pop that in the oven for about 40 minutes.  You know it is done when the center doesn’t “jiggle” when you shake the pan. 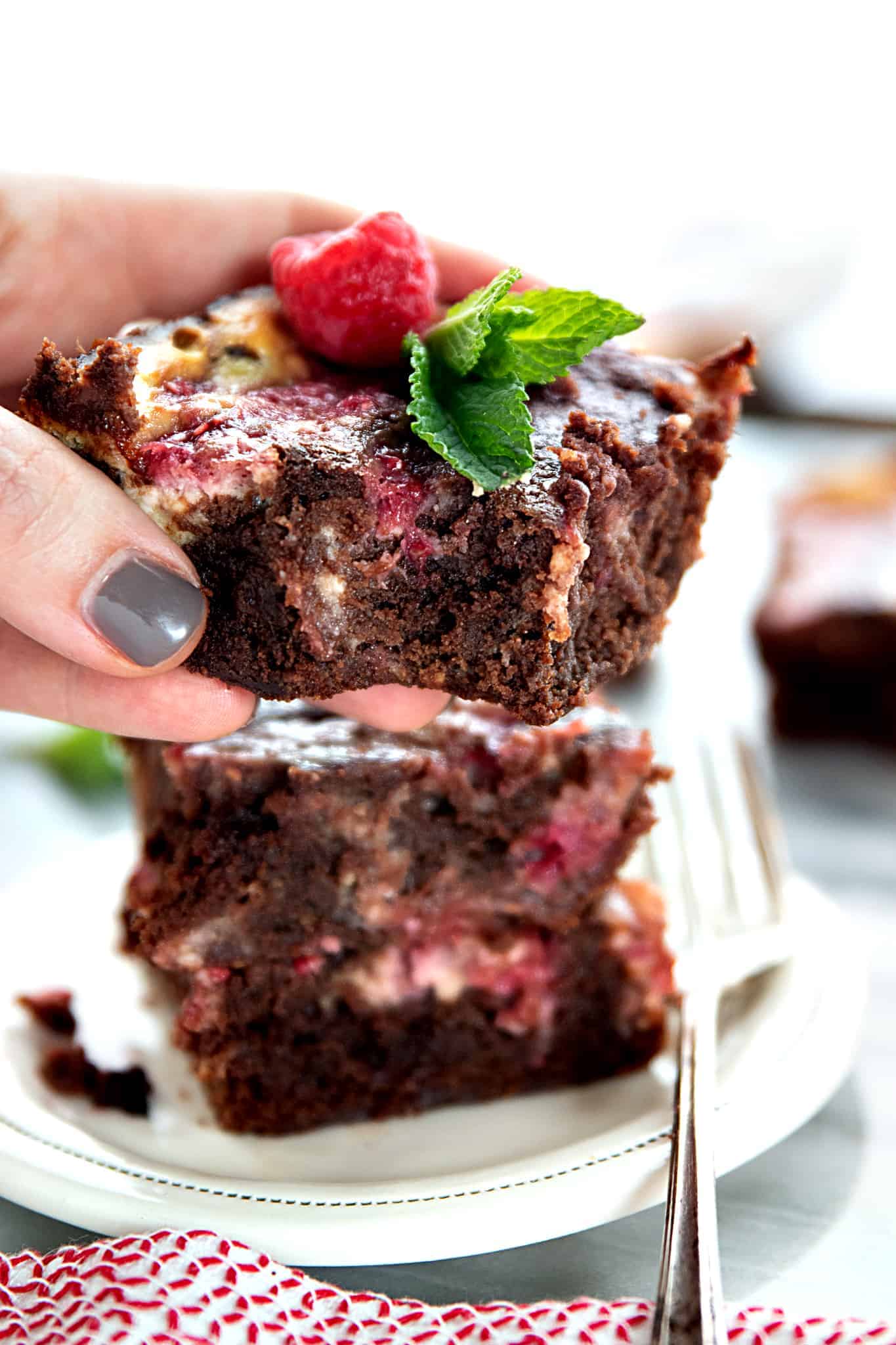 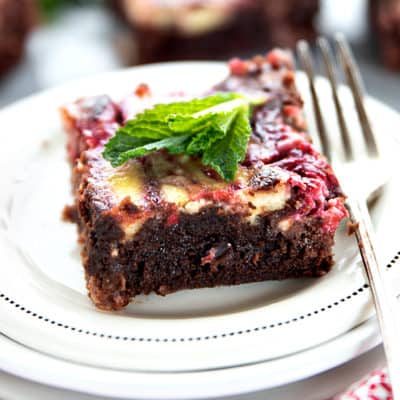 Make sure to check out some of my favorites!