Black Velvet Whoopie Pies is orange-colored whipped buttercream in between two layers of Dark chocolate cake rounds. You will definitely hear a ‘whoopie!’ when you share this treat! Try my Peppermint Whoopie Pies, too!

Whoopie Pies, also known as gobs, black moons, and moon pies (among other names) are a decadent treat that is easy to make and put together. This recipe starts with a boxed cake mix; then the mix is combined with just a few ingredients to give you the cakey part of this popular cake sandwich. Finally, the whipped orange buttercream is added to make the sweet dessert come together!

There are two parts to this recipe–the small cakey rounds and the whipped buttercream.

Cake Mix: Look for a box of Dark chocolate cake mix. You will only be using the mix, not following the box instructions. I have listed all the ingredients you need to make the small mounds of cakes. You could also use another variety of chocolate cake mix if preferred.

Food Coloring: Get out your black and orange food coloring for these Black Velvet Whoopie Pies. I love the contrast of colors, and they make perfect treats for Halloween! But, of course, you could make the buttercream any color you want!

Can Make These Ahead of Time?

You can get a good start when it comes to making this treat. The buttercream can be made up to 2 weeks in advance and stored in the refrigerator. When ready to make the whoopie pies, you may have to re-whip the buttercream before adding it to the cakes.

Once assembled, the whoopie pies can be stored in an airtight container at room temperature for up to a week or so. You can store them in the refrigerator if preferred, but they could dry out faster. They can also be frozen for up to 3 months. 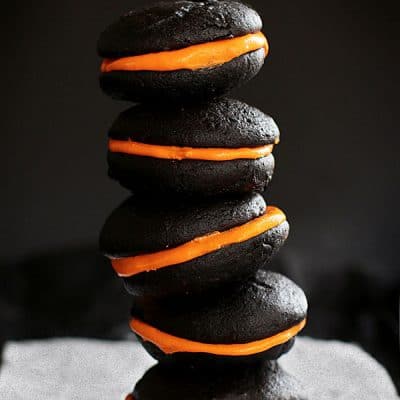 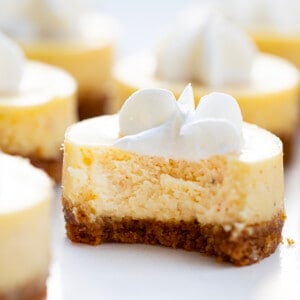 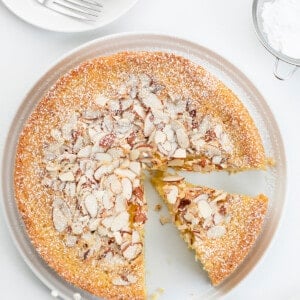