Brownie Pudding Dessert is a decadent layered dessert that starts with the perfect brownie, topped with a cream cheese and chocolate pudding layer, finished off with cool whip and more chocolate!  Try my Oreo Brownie Dessert for another layered, chocolatey dessert.

This is the ultimate chocolate lover’s dessert, for sure. A pan of delicious brownies is enough to serve as a dessert and most would be just fine with that. But, by adding the cream cheese and pudding layers, as well as more cool whip, chocolate swirls, and chocolate syrup, it brings a pan of brownies to new heights! 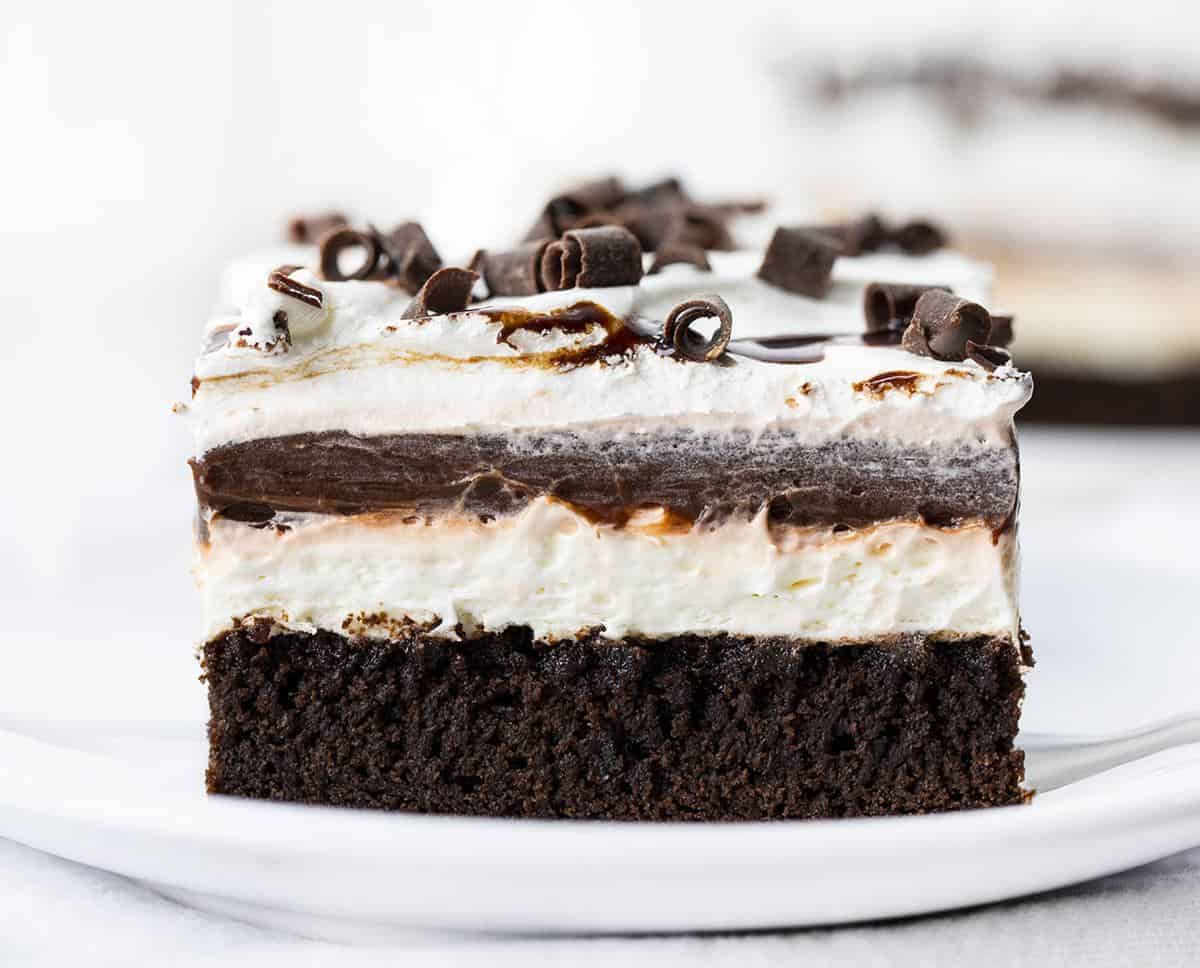 There are four delicious parts to this recipe–the brownies, cream cheese layer, pudding, and toppings.

(full recipe in recipe card below) 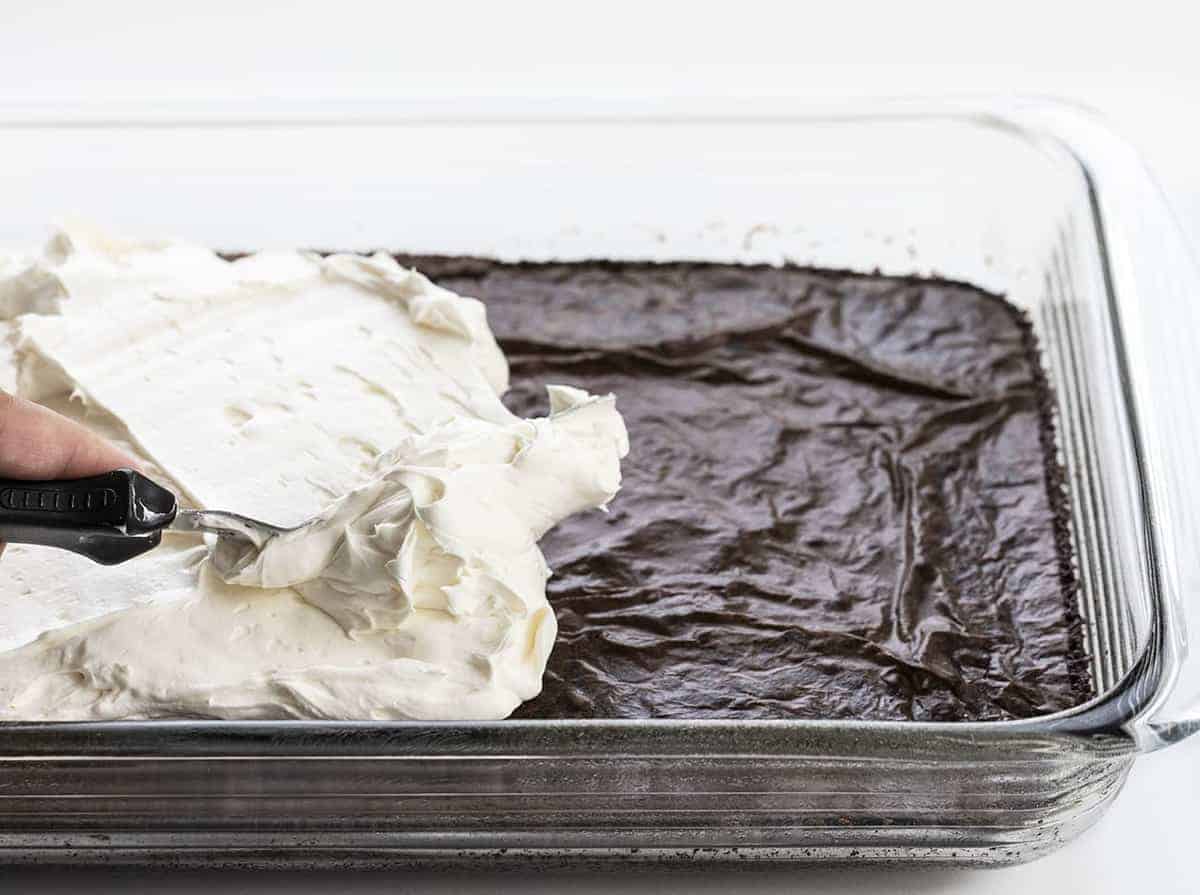 Turn the mixer off (or stop mixing) and add the flour mixture. Mix on low until the ingredients are well combined. Pour the brownies into the baking dish and bake for 30-35 minutes. To check for doneness, insert a toothpick into the brownies. The toothpick should come out with a few crumbs on it, but no wet batter. Once you have the brownies made, be sure to let them cool before you top them with the cream cheese and pudding layers. 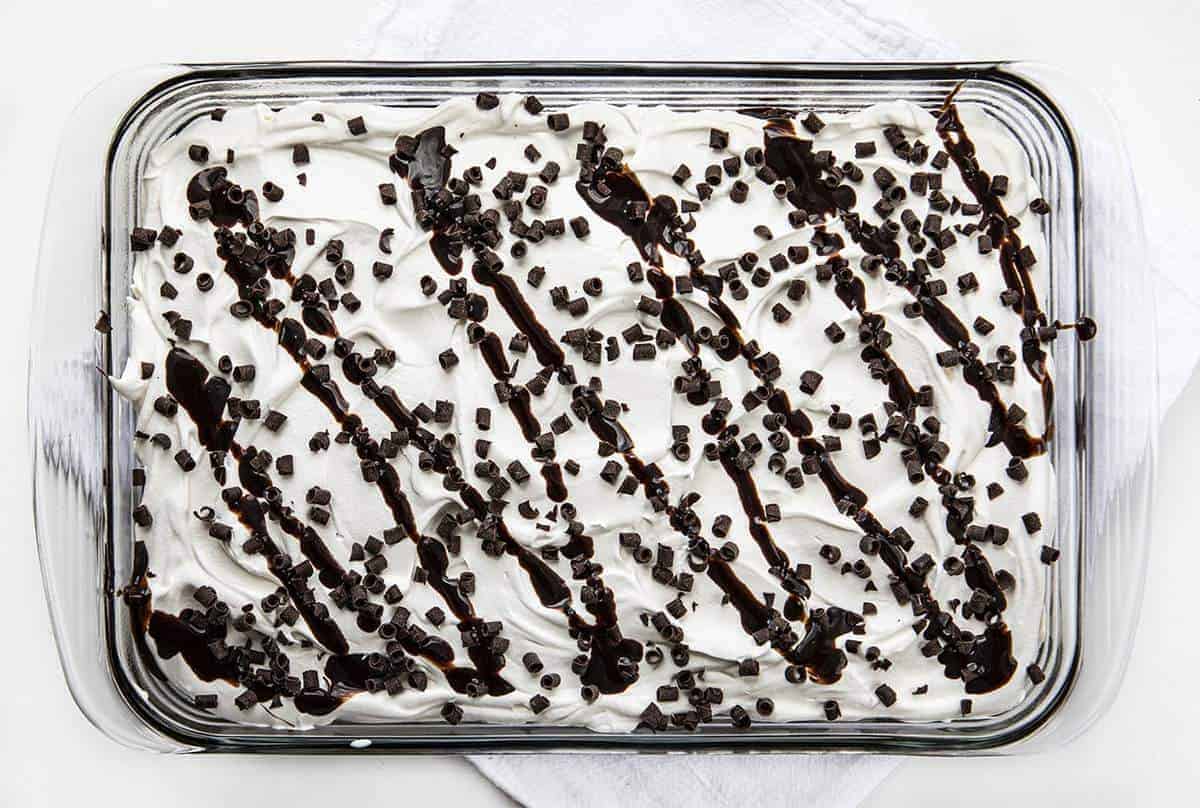 Once all the parts to this dessert have been made, it’s time to get it assembled and chilled so everyone can enjoy it! (Remember to let the brownies cool before adding the layers.) 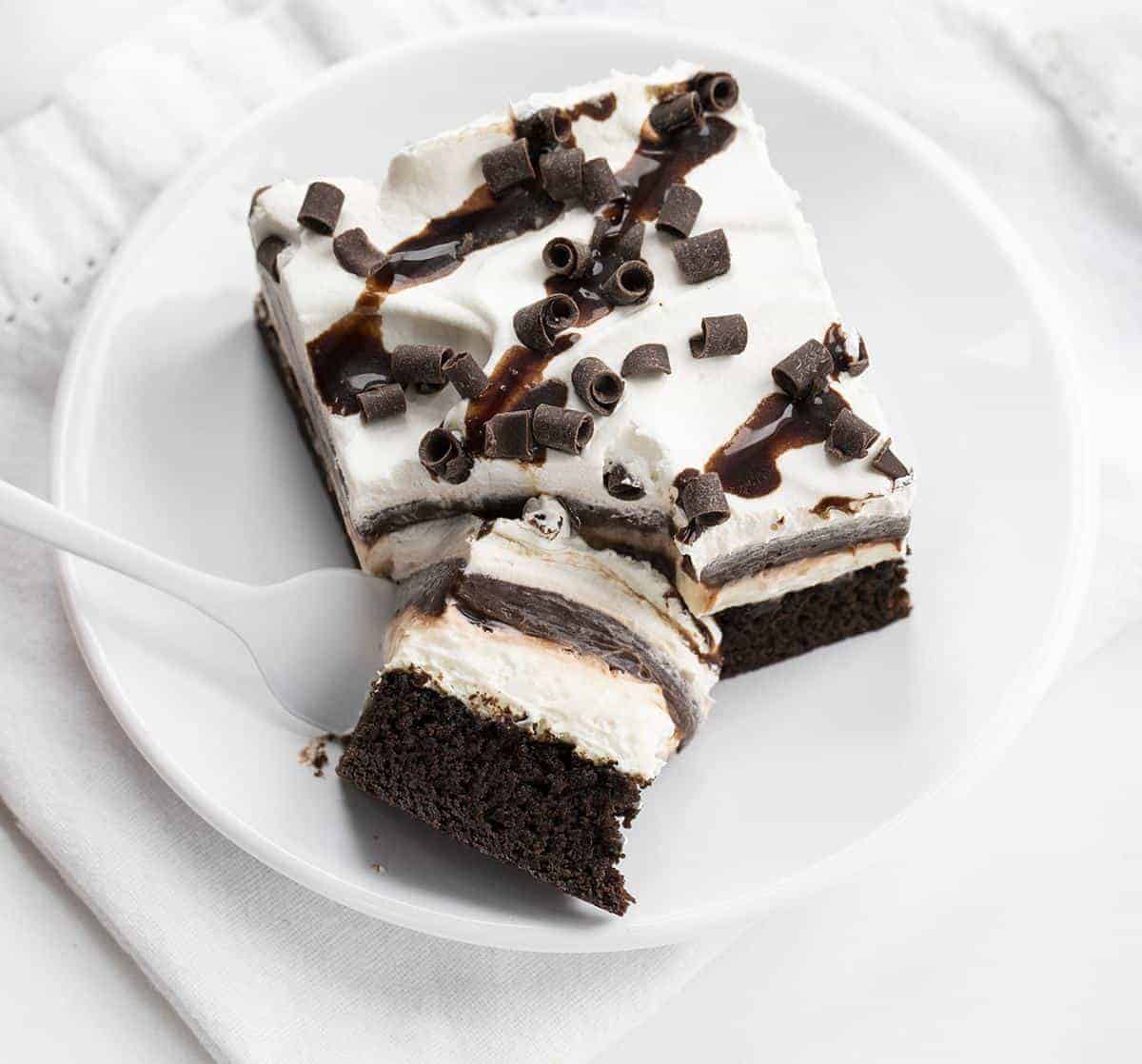 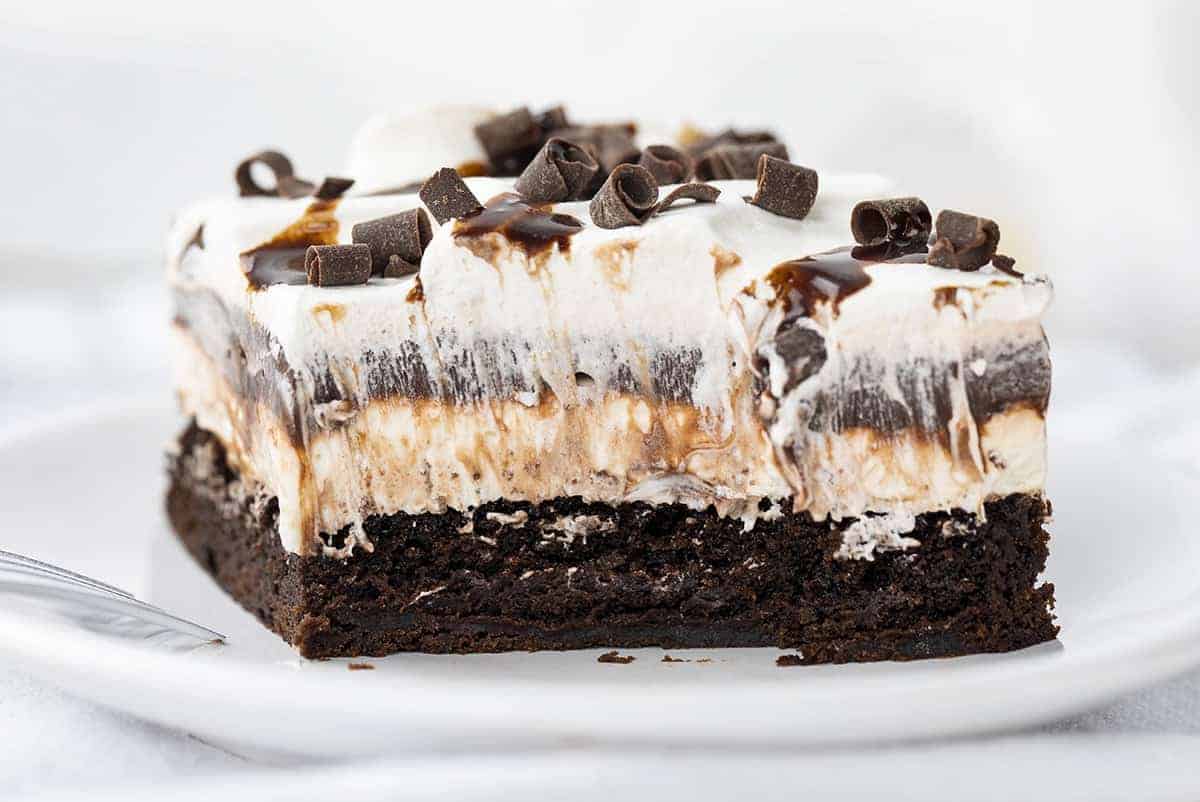 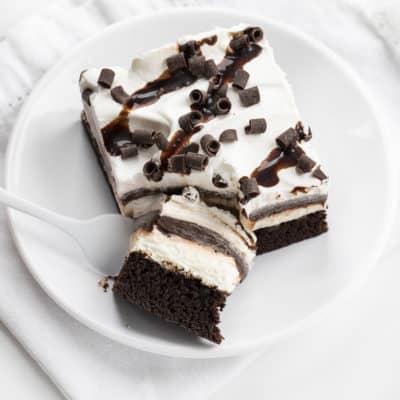