This Oreo Brownie Dessert is two layers of intense flavor and texture. My favorite big brownie recipe and a lip-smacking Oreo topping that will probably make your toes curl! If you love brownies don’t miss my Homemade Brownie Mix and Best Brownie Recipe!

Perfection in a pan. This sweet Oreo Brownie Dessert uses an entire package of Oreo’s! I used the family size, but if you get the regular size that is ok. You may just have fewer Oreo’s sprinkled on top, which isn’t a total nightmare as you have Oreo’s in the brownies as well as in the topping! 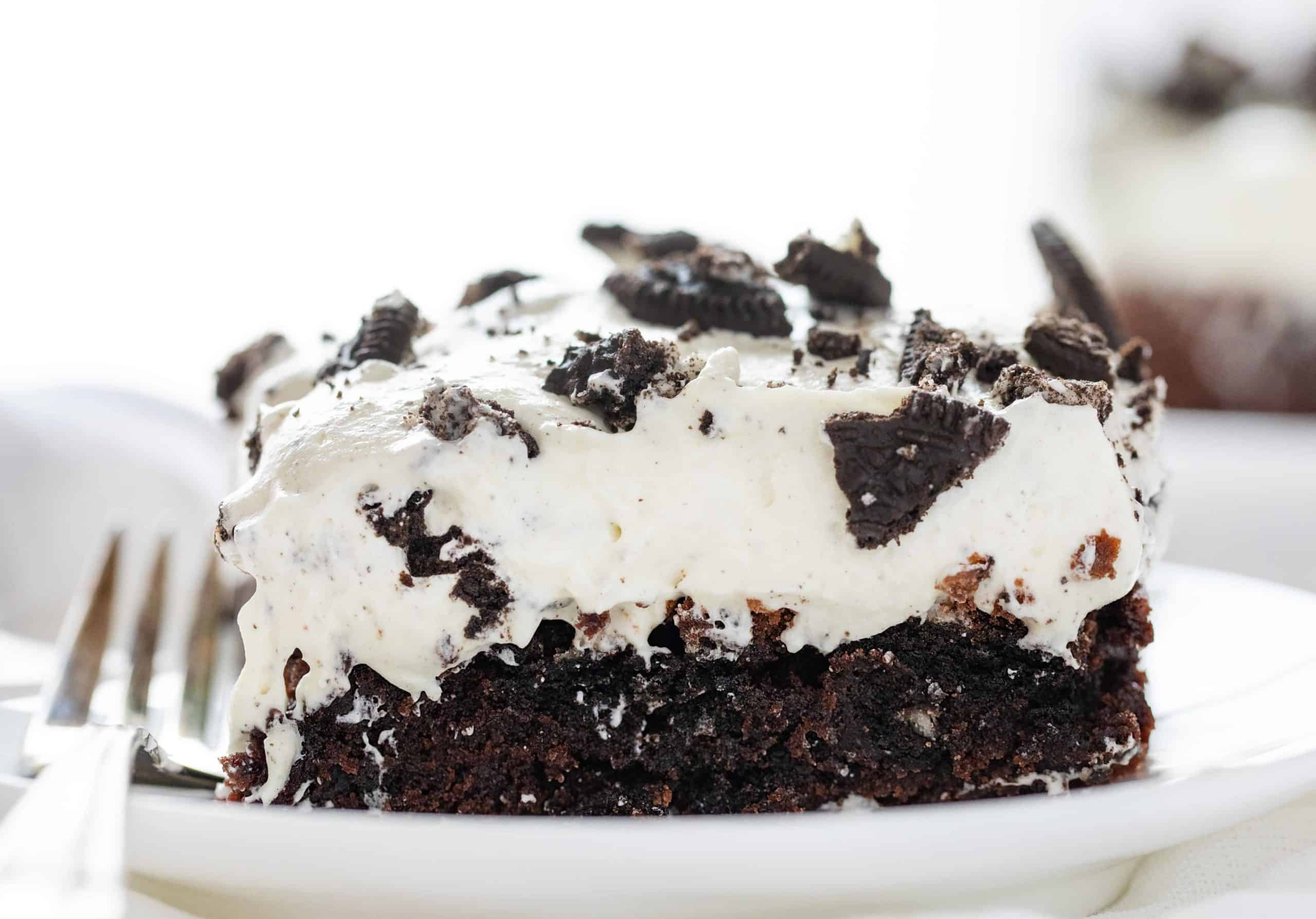 How to Make Fudgy Brownies

When I am making brownies in a 9×13 pan this is my go-to recipe. It is thick and rich and always comes out perfect, no matter what. Use a prepared (spray with non-stick spray or use GOOP) 9×13 pan.

Combine and bake in a 9×13 pan and then set aside to cool to room temperature. While the brownies are cooling, prepare the Oreo topping. You don’t want to add the topping to warm brownies or it will melt all over the place! (Which tastes amazing but looks ridiculous.) 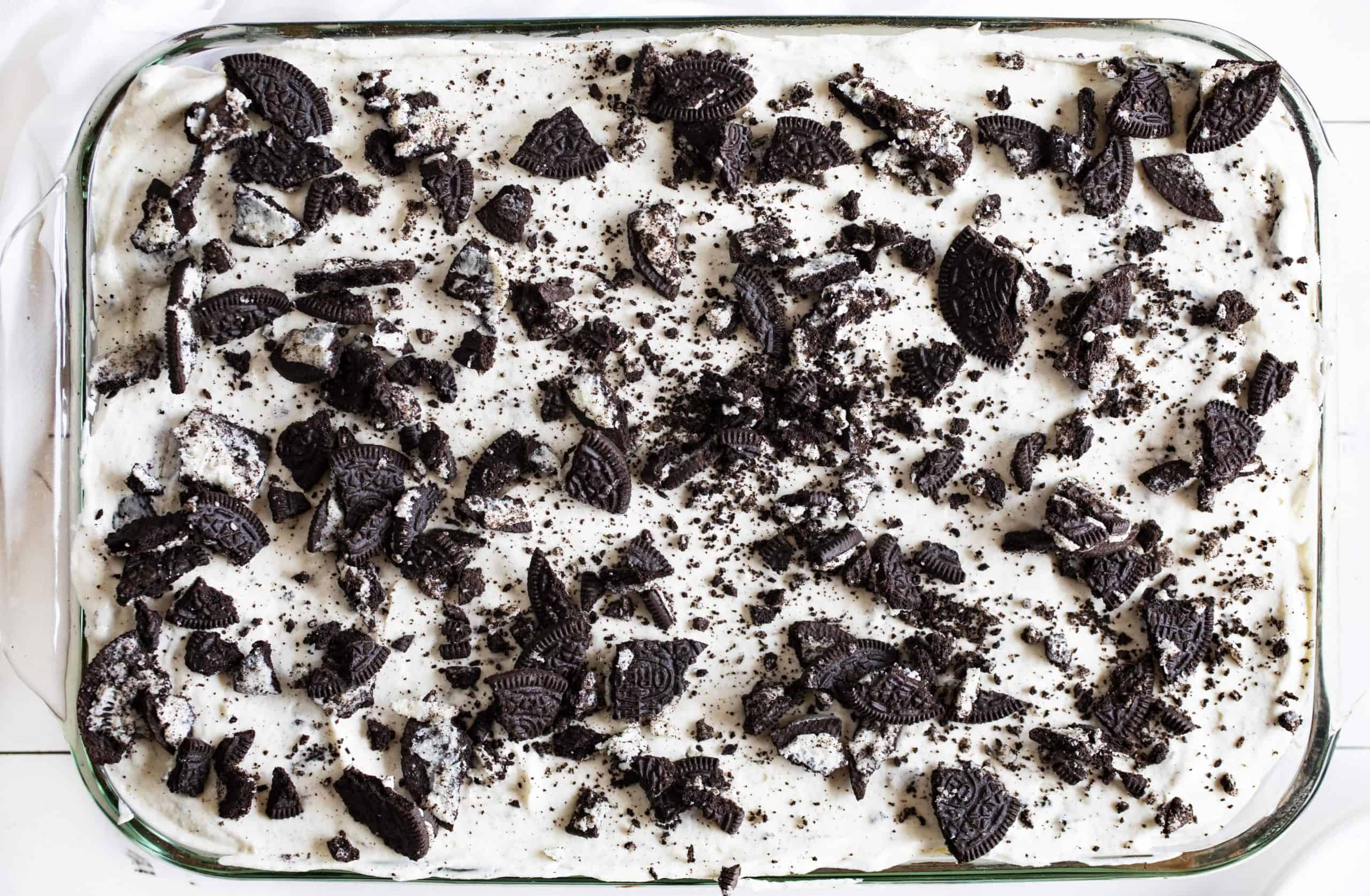 How to Make Oreo Topping

This is also called Oreo Fluff and it’s pretty darn amazing. Not one single healthy ingredient can be seen and it tastes like a sugar explosion in your mouth. No complaints here!

Grab your ingredients: (Full recipe is in the recipe card below)

Combine the first 2 ingredients in a stand mixer or using a hand-held mixer. Whip them up until lighter and fully incorporated and then fold the whipped topping in by hand. Finally, toss in the crushed Oreo’s and stir. Now you get to assemble your brownies!

This is also called Oreo Fluff! (Full recipe and VIDEO) 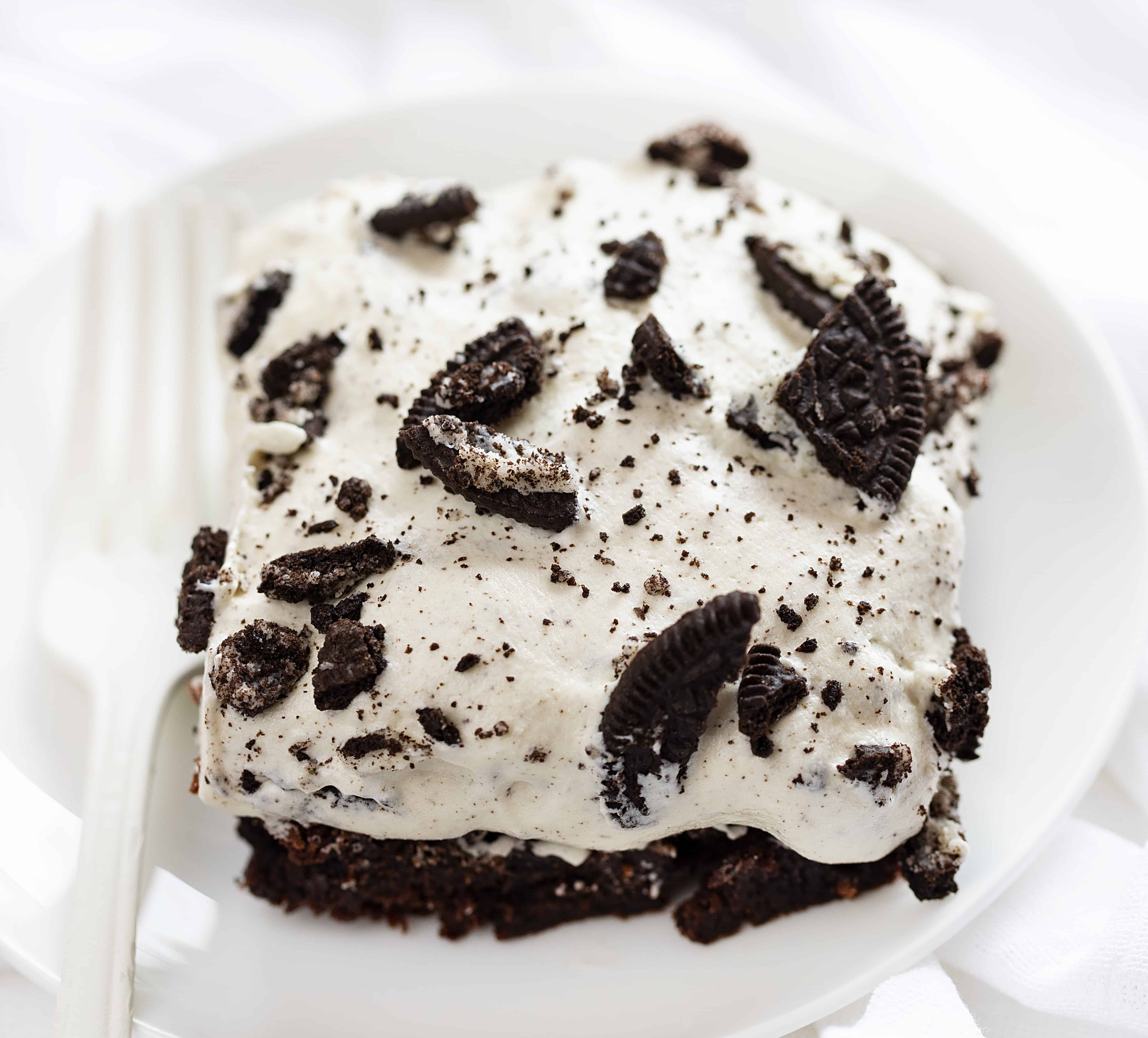 How to Assemble this Oreo Brownie Dessert

Begin by preparing your brownies. Bake them in a 9×13 pan and then allow them to cool to room temperature.

Prepare the Oreo topping. It should pour easily onto the brownies. I like to smooth it out with a small offset spatula.

Serve immediately or refrigerate until ready to serve. 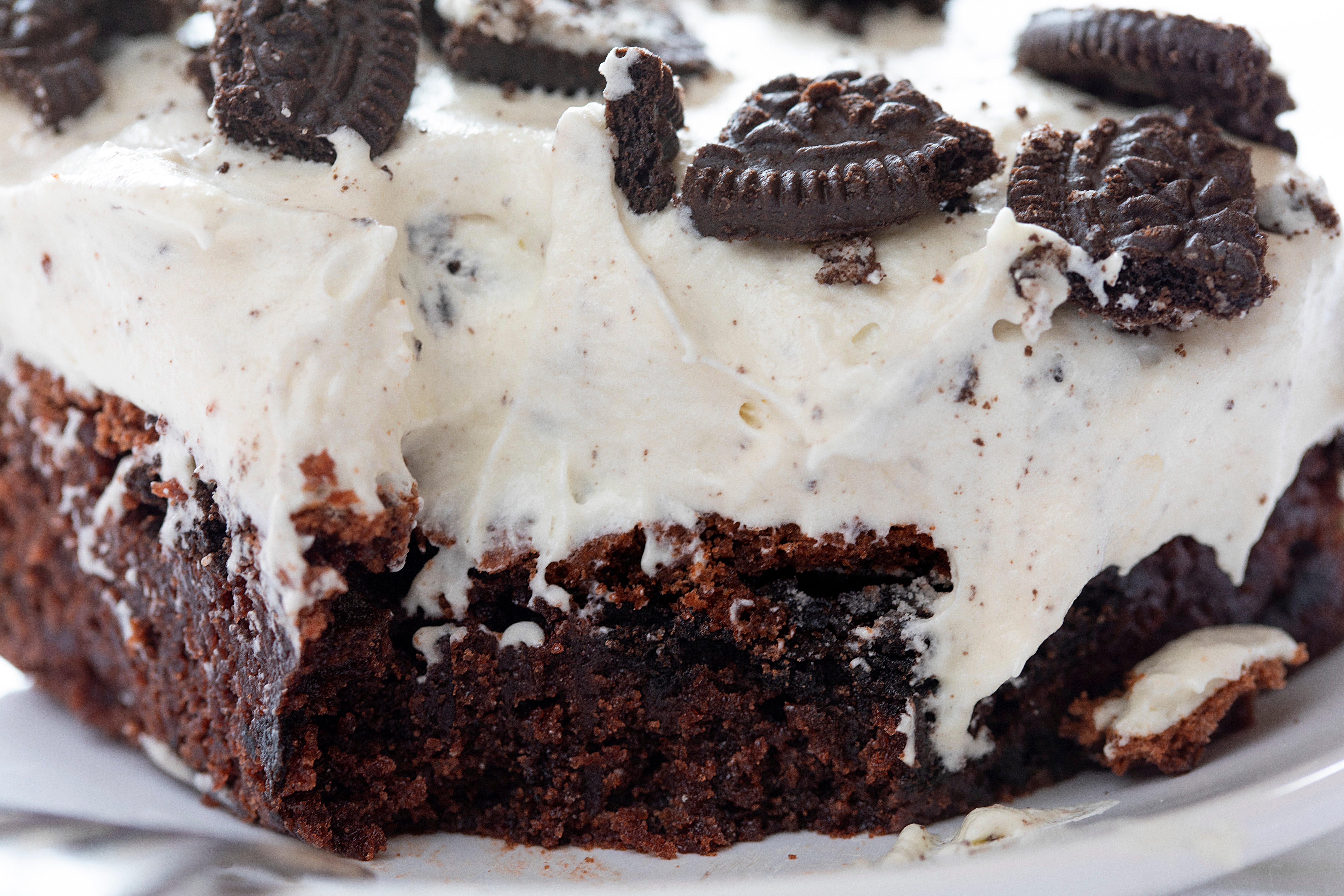 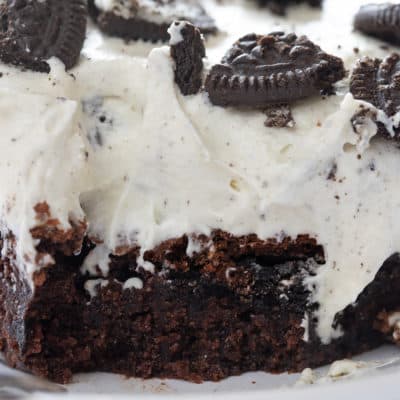 OREOS FOR SPRINKLING ON TOP

If you love amazing desserts don’t miss these: 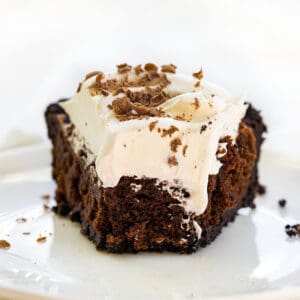