What is American Buttercream Frosting?

American buttercream, also known as simple buttercream, calls for very few ingredients and steps. Typically a ratio of two parts sugar to 1 part butter is creamed together with a small amount of milk and flavorings.

American buttercream is also sometimes referred to as “crusting buttercream” because it forms a thin crust after being exposed to air for some time. This characteristic can be desirable at times such as when doing intricate piping work or when frosting cookies that will be stacked.

How to Make American Buttercream

Can you add food color to buttercream?

Absolutely! It accepts color so beautifully. I like to make big batches of this buttercream and use McCormick food color to achieve the colors I need. I find that color matching frosting can be tricky so I like to have more on hand rather than less. 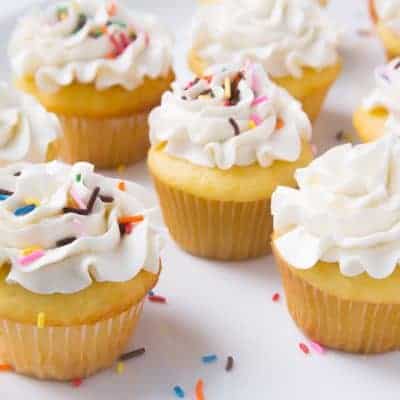 Note: This recipe makes enough buttercream to generously frost 24 cupcakes or a 2 layer 9” round cake.

Kristin “Baker Bettie” Hoffman is a trained chef and online baking instructor. Learn more about the “whys” of baking on BakerBettie.com!