Cinnamon Roll Blondies are blondies with a layer of cinnamon-sugar mixture in the middle and topped with whipped cream cheese frosting. If these bars make you crave a cinnamon roll, try my homemade Cinnamon Rolls.

It starts with my blondies recipe, but I didn’t add butterscotch chips to the batter. Instead, I made a layered blondie with the batter on the bottom and top with a cinnamon-sugar mixture in the middle.  Then, I topped the bars with a homemade whipped cream cheese topping. It’s like a cinnamon roll in a bar form. To be more specific, it’s like eating the center of the cinnamon roll, the best part, that is loaded with cinnamon!

There are three parts to this recipe–the blondies, cinnamon layer, and whipped cream cheese frosting.

Brown Sugar: You will notice that brown sugar is the only sugar used in these blondies (no granulated sugar). This gives the bars a great rich flavor. We preferred light brown sugar over dark brown sugar in this recipe.

Cornstarch: The cornstarch helps the bars have a light and chewy texture.

Cinnamon-Sugar Mixture: The buttery cinnamon and sugar mixture is the middle layer of the bars. As I stated above, it’s like getting to the center of a cinnamon roll in every bite!

Frosting: The whipped cream cheese frosting is the perfect complement to these bars.

Can I Freeze Cinnamon Roll Blondies?

Yes, you can freeze these bars. However, I recommend freezing them without the frosting. The frosting is easy enough to whip up when ready to serve the blondies. To freeze them, let them cool completely. Then, store them in a freezer-safe container for up to a month. Let them thaw at room temperature. 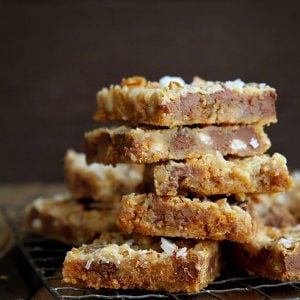 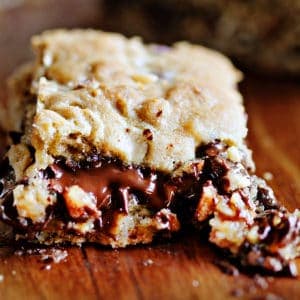 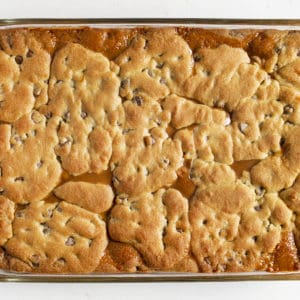 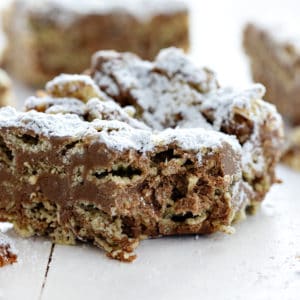 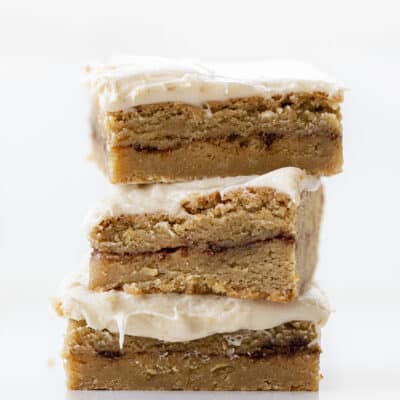