Hash Brown Waffles are a new breakfast favorite in my house! With some shredded potatoes and easy prep, this will be a great start to your day, and a nice hot breakfast to keep you and your kids satisfied until lunchtime.

BONUS IDEA! Make these hash browns into Loaded Breakfast Nachos! We were blown away by how great these tasted!

If you love breakfast as much as I do, be sure to try my Ham and Cheese Breakfast Casserole for another hot, fulfilling breakfast. Ok, on to these crispy hash brown waffles!

Get out your waffle iron and get ready to surprise the breakfast eaters in your house with this new version of waffles, or hashbrowns, whatever way you look at it!

You can give your waffle maker a break from the traditional batter and load it with these scrumptious hash browns! At first sight, these may look like ordinary waffles, but they are far from it! They are crispy on the outside and tender on the inside, just how I like them.

What Type of Potatoes should I Use?

Russet potatoes are the best choice for the crispiest Hash Brown Waffles. Because of the starch in the Russets, you will get more of the crispy on the outside, soft on the inside hash brown. If you choose a more waxy potato, like a Yukon Gold, your Hash Brown Waffles may stick together a little better, but you will not get them as crispy. Save the waxier potatoes for your potato salads.

Can I Use Frozen Shredded Potatoes?

Yes, you may buy shredded potatoes to use, frozen or fresh. I suggest the fresh shredded potatoes if you are not grating your own since there will not be as much moisture in these. If you buy the frozen shredded potatoes, be sure to let them thaw and remove as much of the excess water as possible with a paper towel or clean cloth.

Try adding some diced onions, peppers, or other vegetables to your hash browns. You could even add some ham to make them a bit more filling. Another delicious option would be to add the Hash Brown Waffles to an egg and cheese sandwich. If you are having a breakfast-inspired dinner, make these Hash Brown Waffles as a side to go with your bacon and scrambled eggs. If sweeter is more your style, add some syrup or fruit. 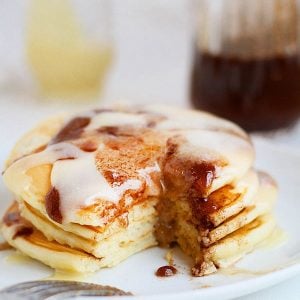 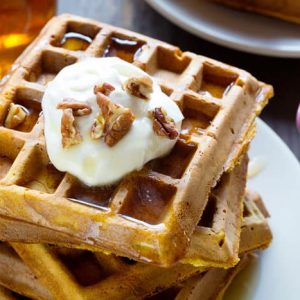 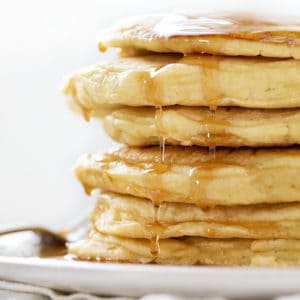 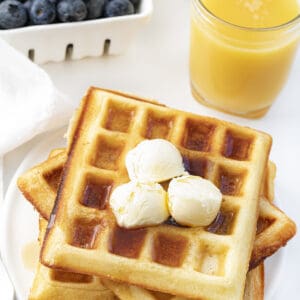 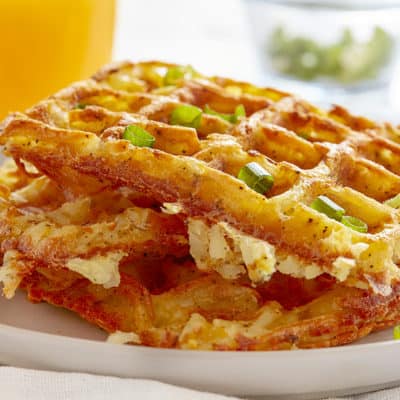