Apple Butter Cake is a two-layer cake flavored with homemade apple butter and apple pie spice and covered in a frosting made with apple cider for an apple taste in every bite. Try my Apple Bundt Cake for another spiced cake with apple flavor. 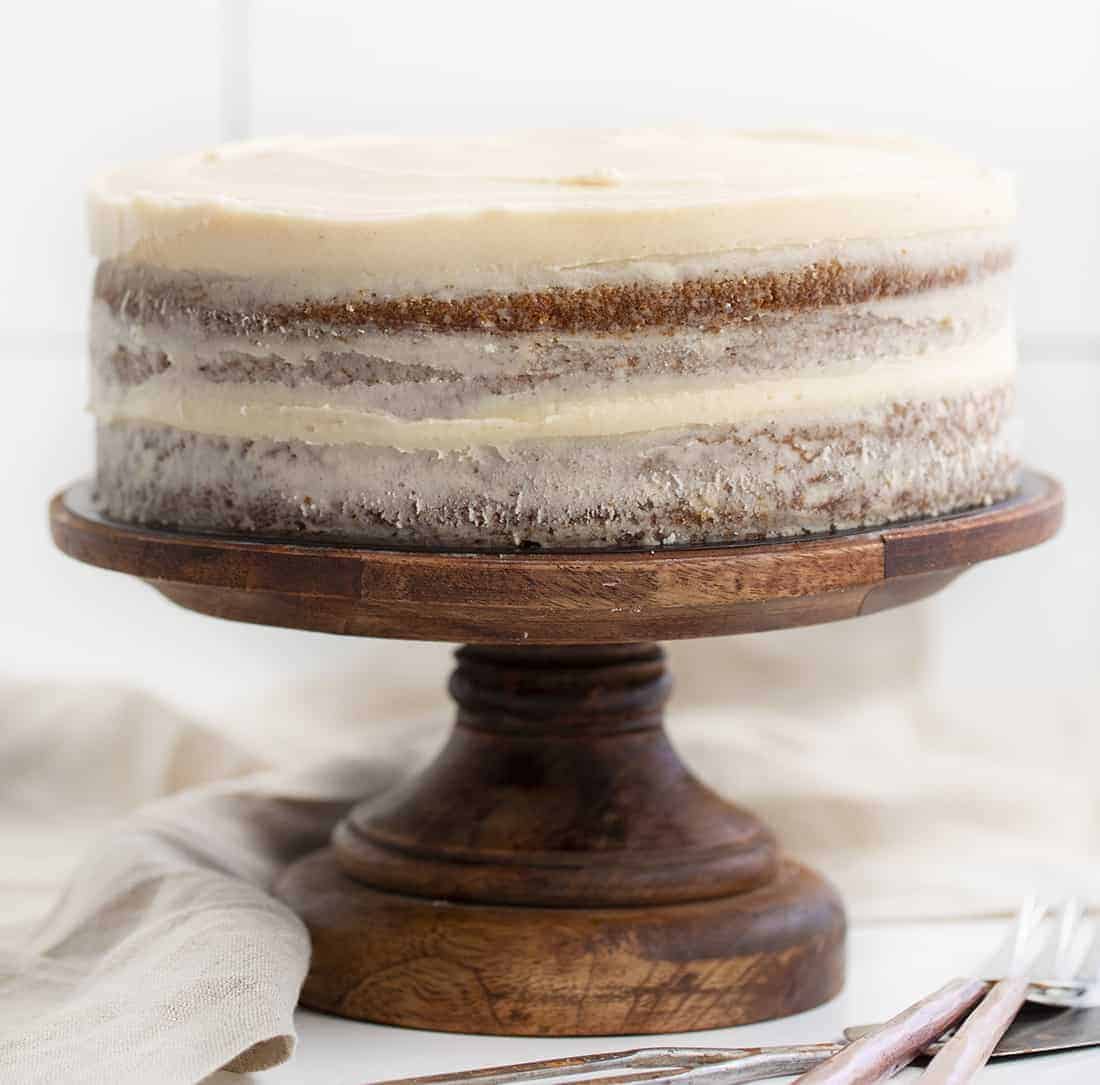 This recipe is all about the apple flavor from ingredients you can make at home!

Apple Butter: Apple butter can be made in a slow cooker and be used more than just as a spread.

Apple Pie Spice: It’s easy to make your own spice to have on hand for all your fall recipes.

Apple Cider: It’s refreshing to have this around the house, and you can make it with the kinds of apples you like to eat. It’s a non-alcoholic beverage suitable for all ages! 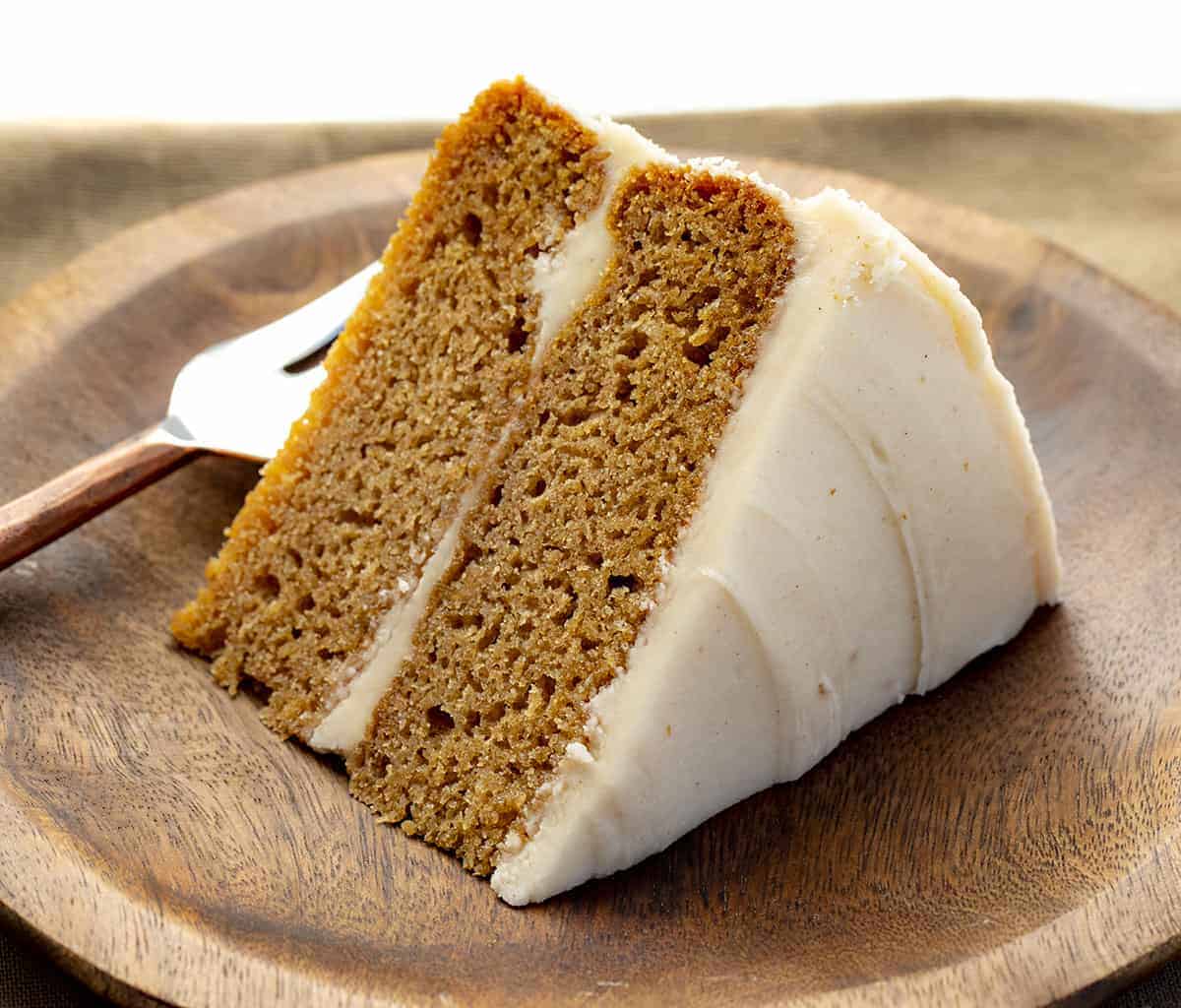 How to Make Apple Butter Cake

This cake is made with 2, 8-inch round cake pans that are layered with the frosting in between. To make the cake, first, mix together the melted butter, milk, apple butter, and both sugars until fully combined. Next, add in the eggs and vanilla. Finally, whisk in the flour, baking soda, and apple pie spice. Mix until well blended.

Before pouring the cake batter into the round pans, spray each pan with nonstick cooking spray and line each with parchment paper. To make sure the parchment paper fits nicely in each pan, simply place two sheets under a pie pan. Trace the bottom of the pan onto the parchment paper. Fold the circle into fourths (in half and in half again) and cut along the outside of the quarter circle. Place a circle in each sprayed pie pan.

Once the batter is ready, evenly pour the batter into the two cake pans. If you have a kitchen scale, now would be a great time to use it to make sure you have equal amounts of batter in each pan. Leave some space between each cake pan when baking in the oven. Halfway through baking, carefully rotate the pans 180°.

To check for doneness, insert a clean toothpick into the cakes. It should come out clean with no wet batter on it. The cakes should also be springy when pressed in the center with a finger. If an indentation is left in the cake, it is not quite done. When the cakes are done, remove them from the oven to let them cool as you make the frosting.

How to Make Frosting

To make the frosting for the cake, you can use a stand mixer or handheld mixer. The butter should be softened, but still cool (not melted). Beat the butter until smooth. Add the confectioners’ sugar, cinnamon, vanilla, and apple cider. Begin mixing at low speed; then, increase the speed to medium-high. Stop a couple of times to scrape down the bowl. Continue mixing until creamy and smooth. 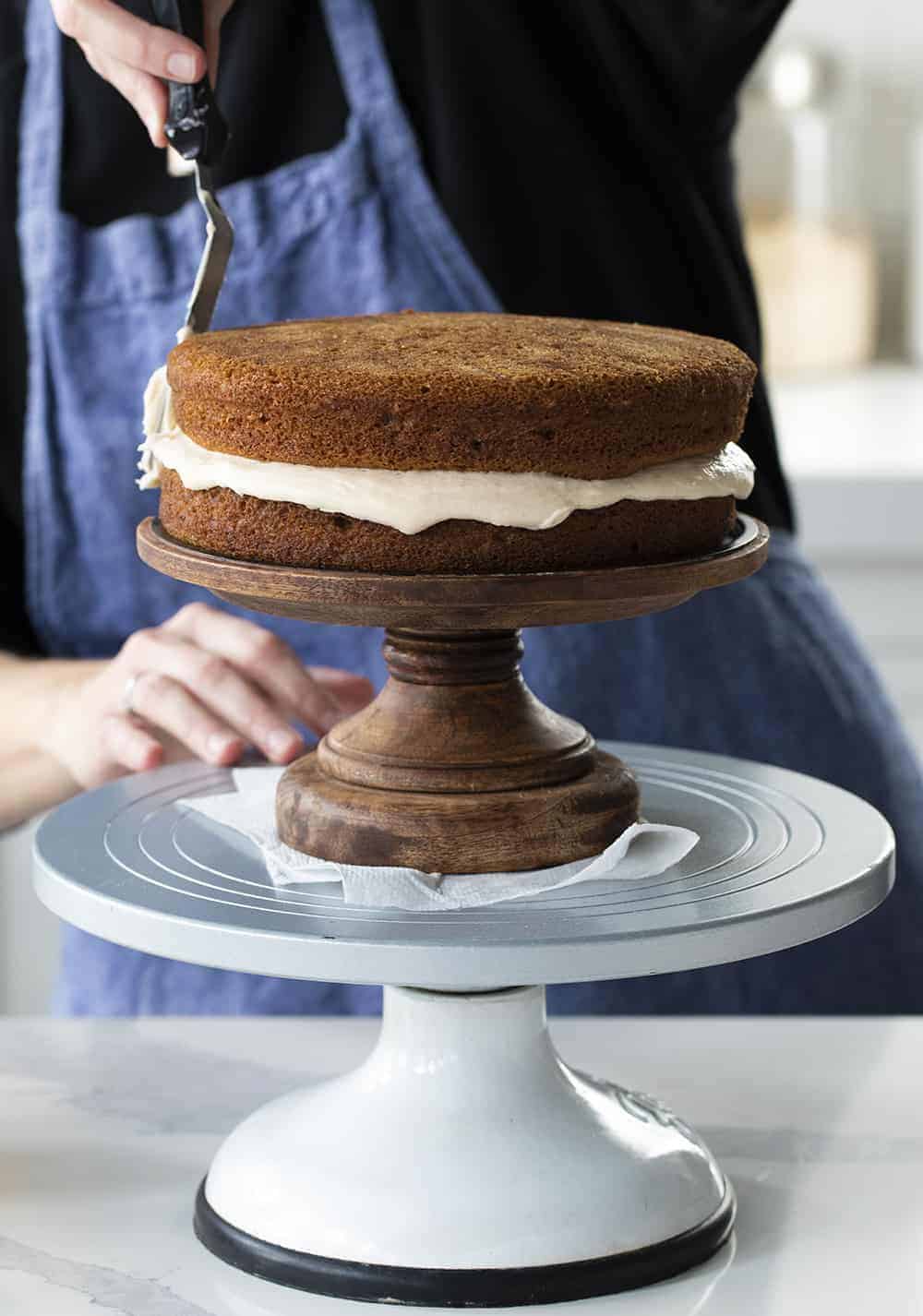 Pro Tip: Pop your cake stand right on top of a rotating cake stand. So much easier when you are frosting!

How to Frost the Apple Butter Cake

To frost a layer cake, a rotating cake stand comes in handy. (A Lazy Susan will also work.) But, the cake can still be successfully frosted without a stand. You will notice that this cake is not completely covered in frosting; it is a naked cake.

Cover the cake with a large bowl or cake keeper and store it at room temperature for 4-5 days. 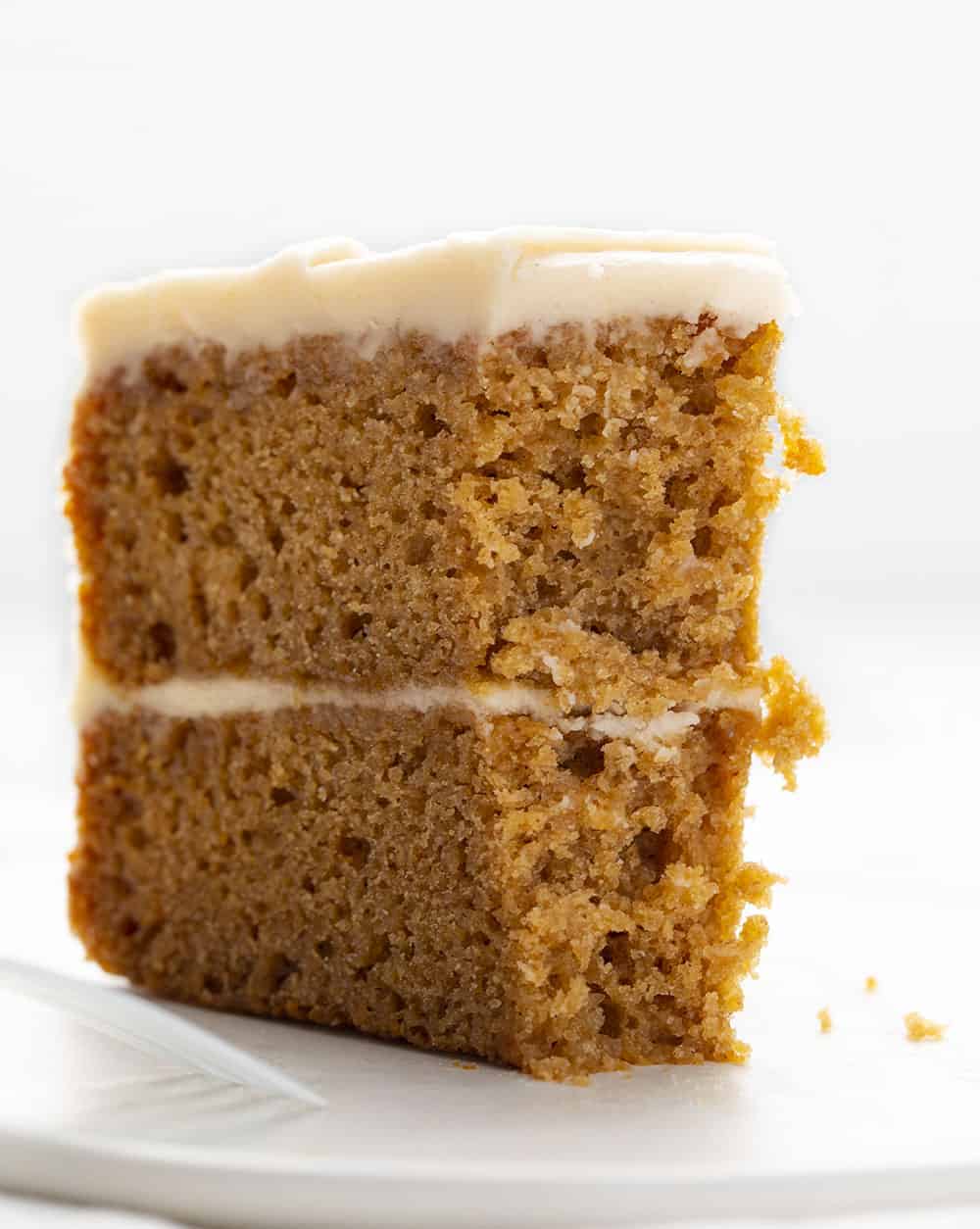 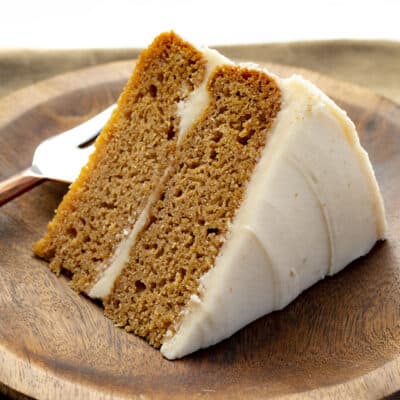