Dessert nachos are sweetened nachos that can be layered with everything from fruit to chocolate to cream cheese to any topping you are craving! The variations of toppings are fun to experiment with. These ‘sweet as pie’ Apple Pie Dessert Nachos give you all the flavors of a traditional apple pie in a fun-to-eat treat. 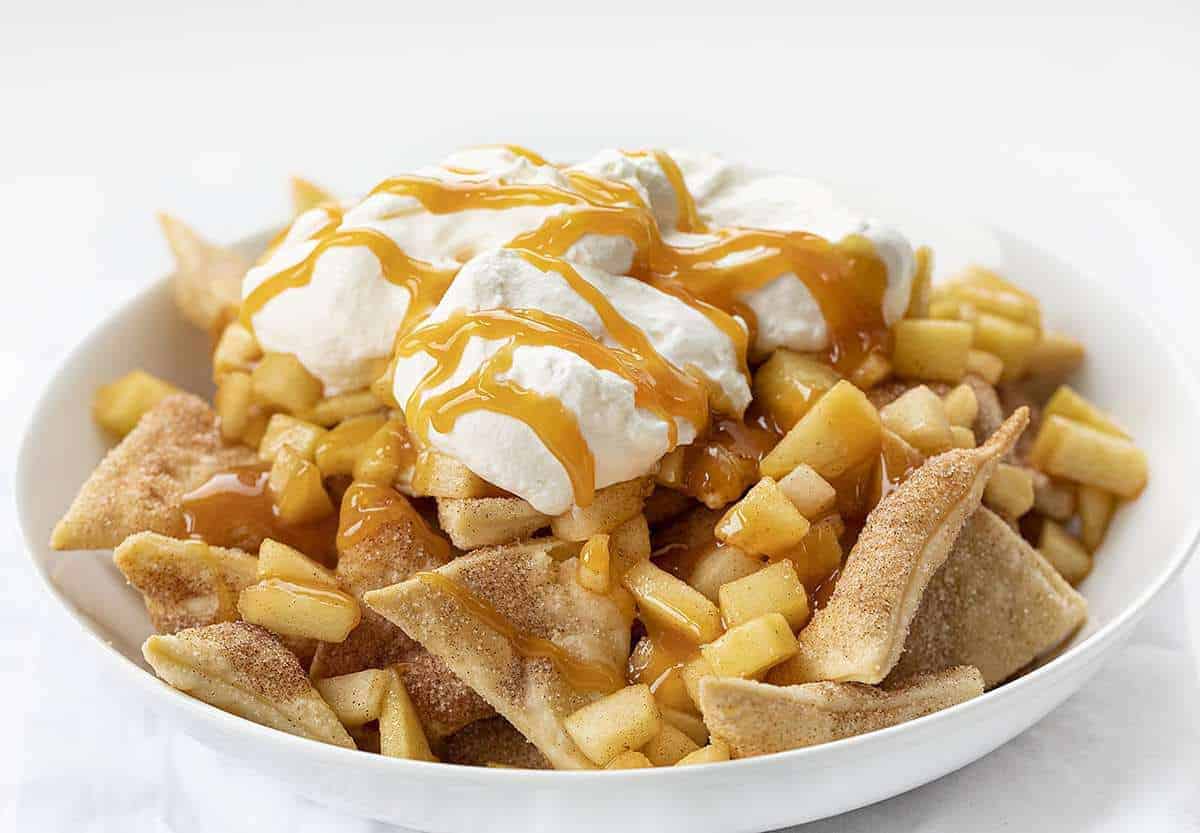 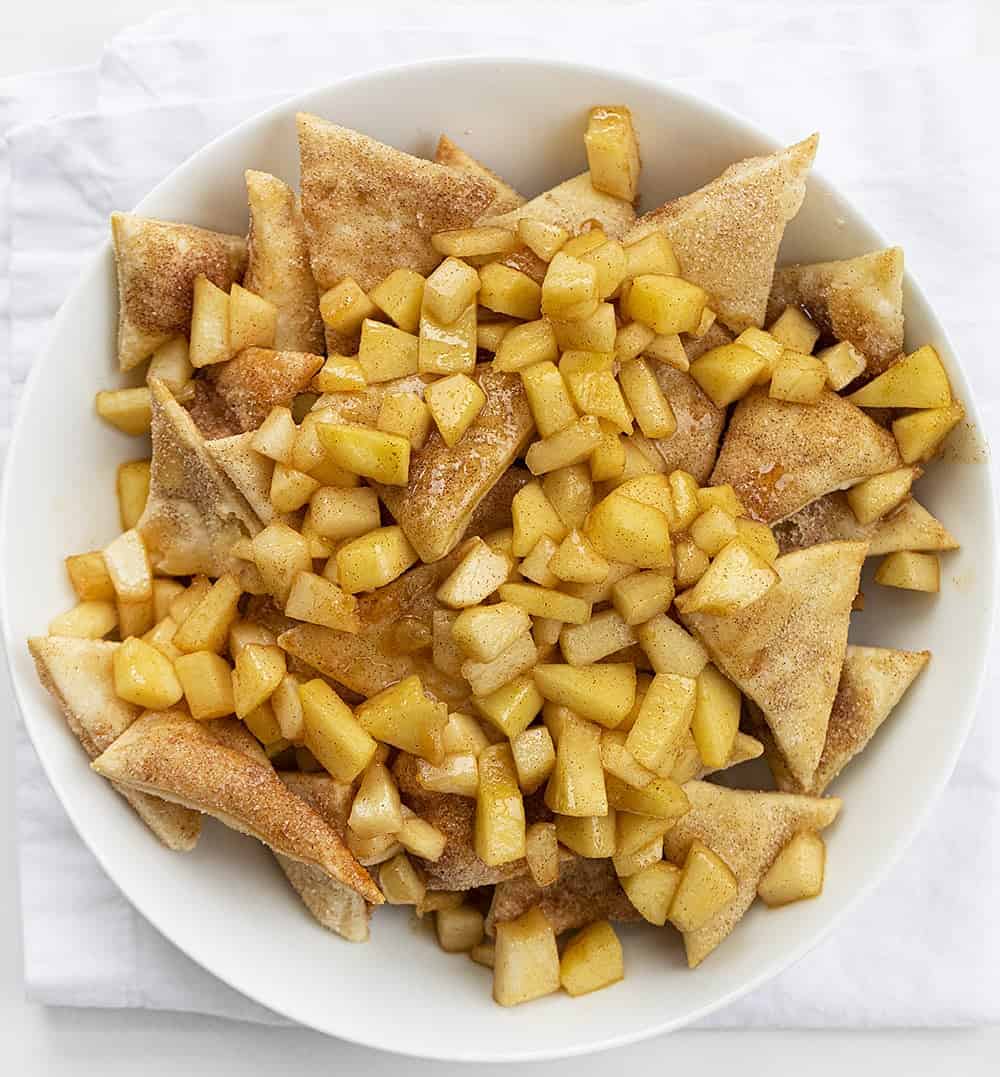 How to Make Apple Pie Nachos

One of the best parts about dessert nachos is the homemade cinnamon sugar chips. You can make them a little thinner or thicker; it’s all about your preference. 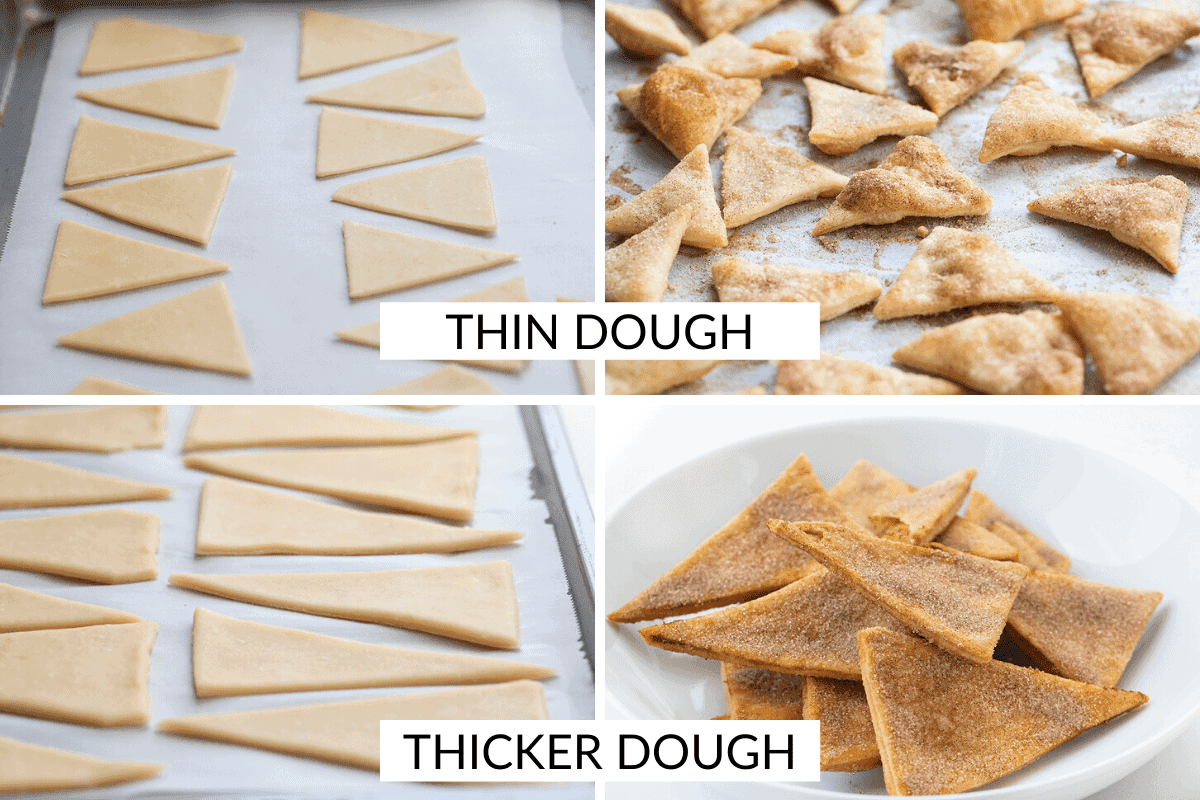 To make the cinnamon sugar chips that hold all the apple pie flavors, preheat the oven to 350°F and follow these steps: 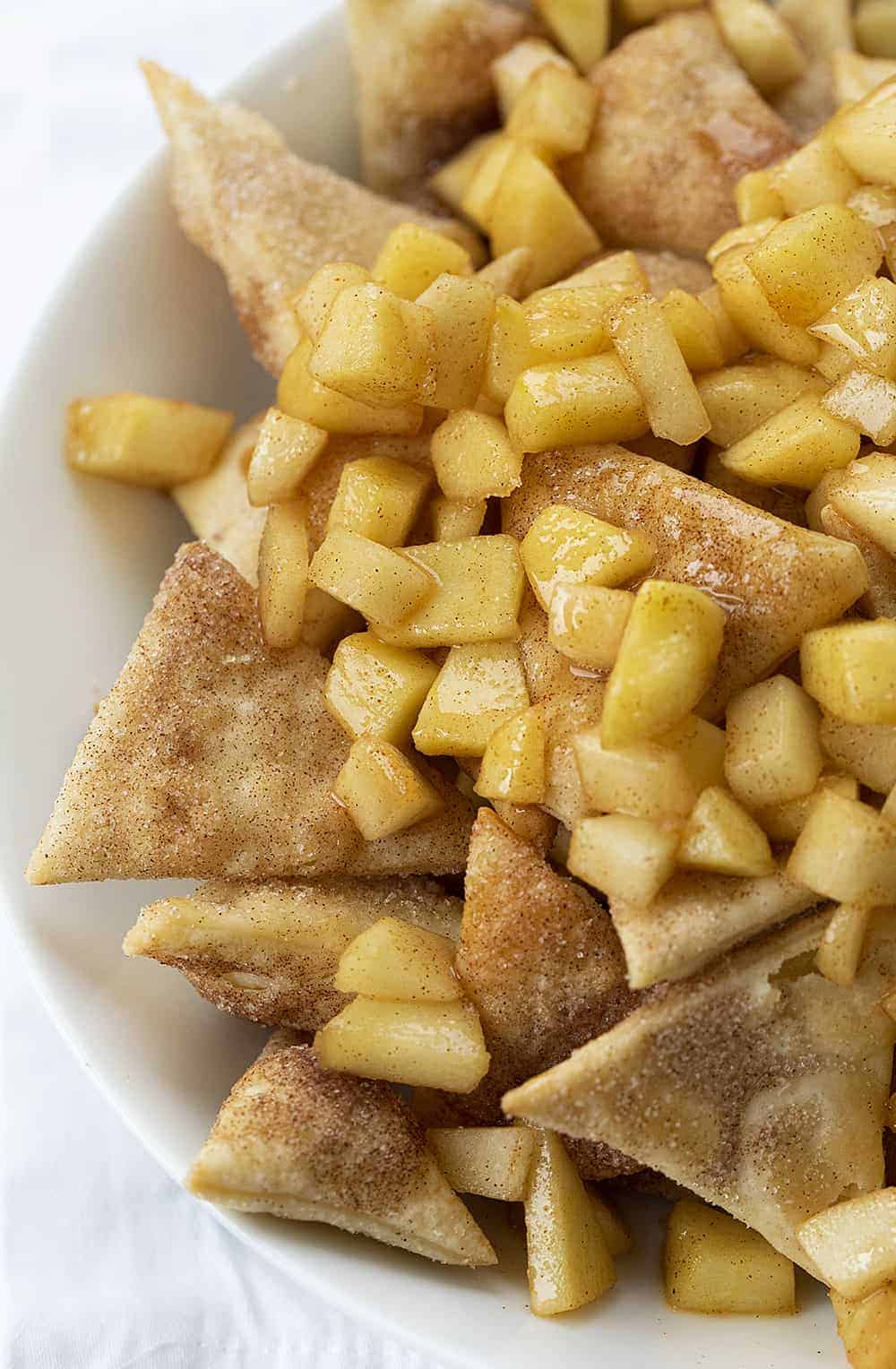 How to Make the Apple Topping

To prepare the apple topping, you will need a couple of apples peeled, cored, and chopped. You can use any kind of apple (or two different kinds of apple) you prefer. Put the chopped apples in a bowl and sprinkle the apples with fresh lemon juice. Then, use the remaining cinnamon-sugar mixture to coat the apples. Set that aside as you melt the butter.

In a medium saucepan, melt the butter over medium heat. Add in the apple mixture and saute several minutes until the apples are soft and tender. This could take anywhere from 5-10 minutes, depending on the size of your apple pieces. You will know the apples are done when the cinnamon sugar sauce starts to thicken. Once the apples are done it is time to assemble the dessert nachos!

To assemble the nachos, place a layer of the baked pie crust chips on a plate. Then, top the chips with the apple topping, followed by whipped cream and a caramel drizzle. Have some fun by adding another layer of the nachos and toppings. You can always add ice cream and pecans for even more layers of deliciousness! 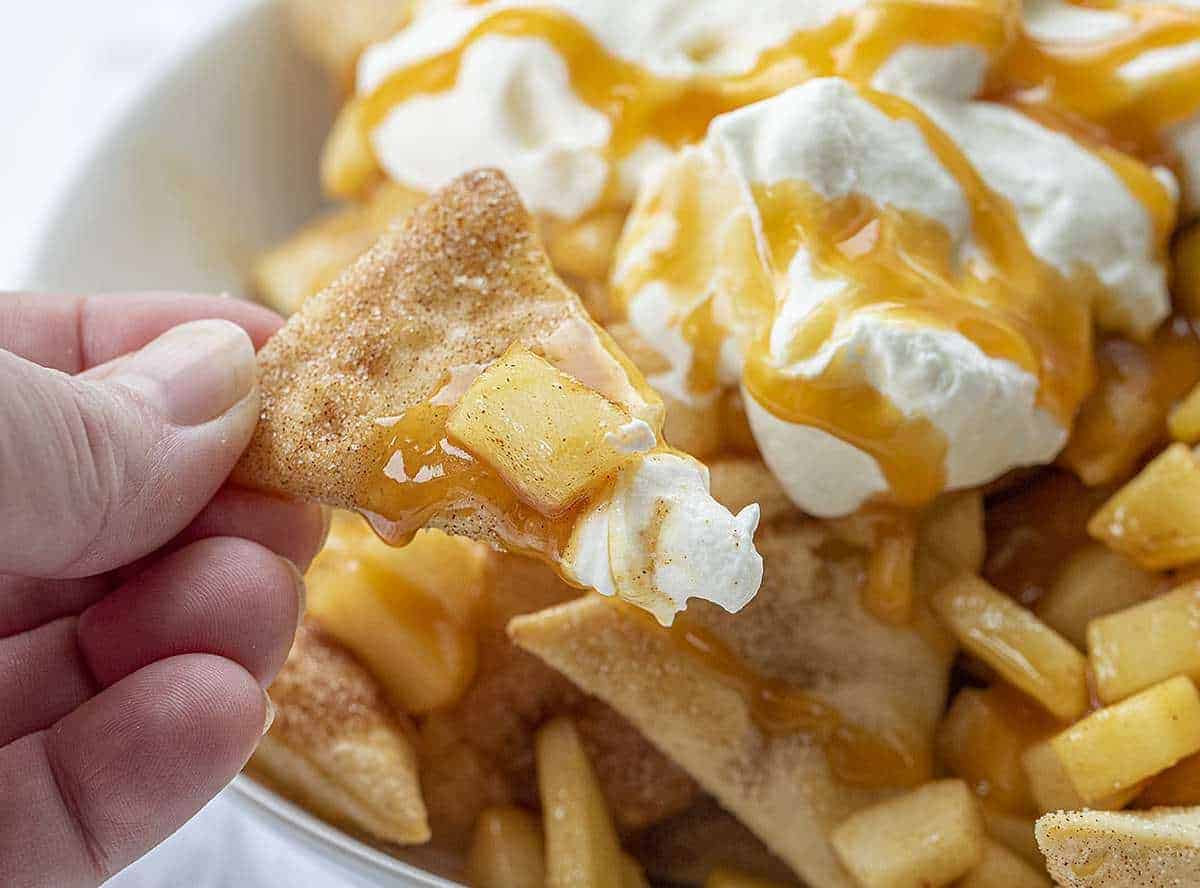 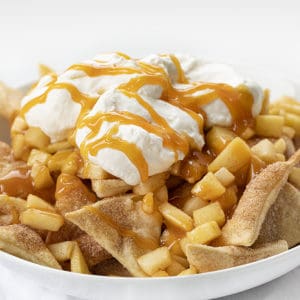 Apple Pie Dessert Nachos give you all the flavors of your favorite apple pie in a fun to eat treat!