I had visions people.  Visions of chocolate and raspberry and hearts galore. 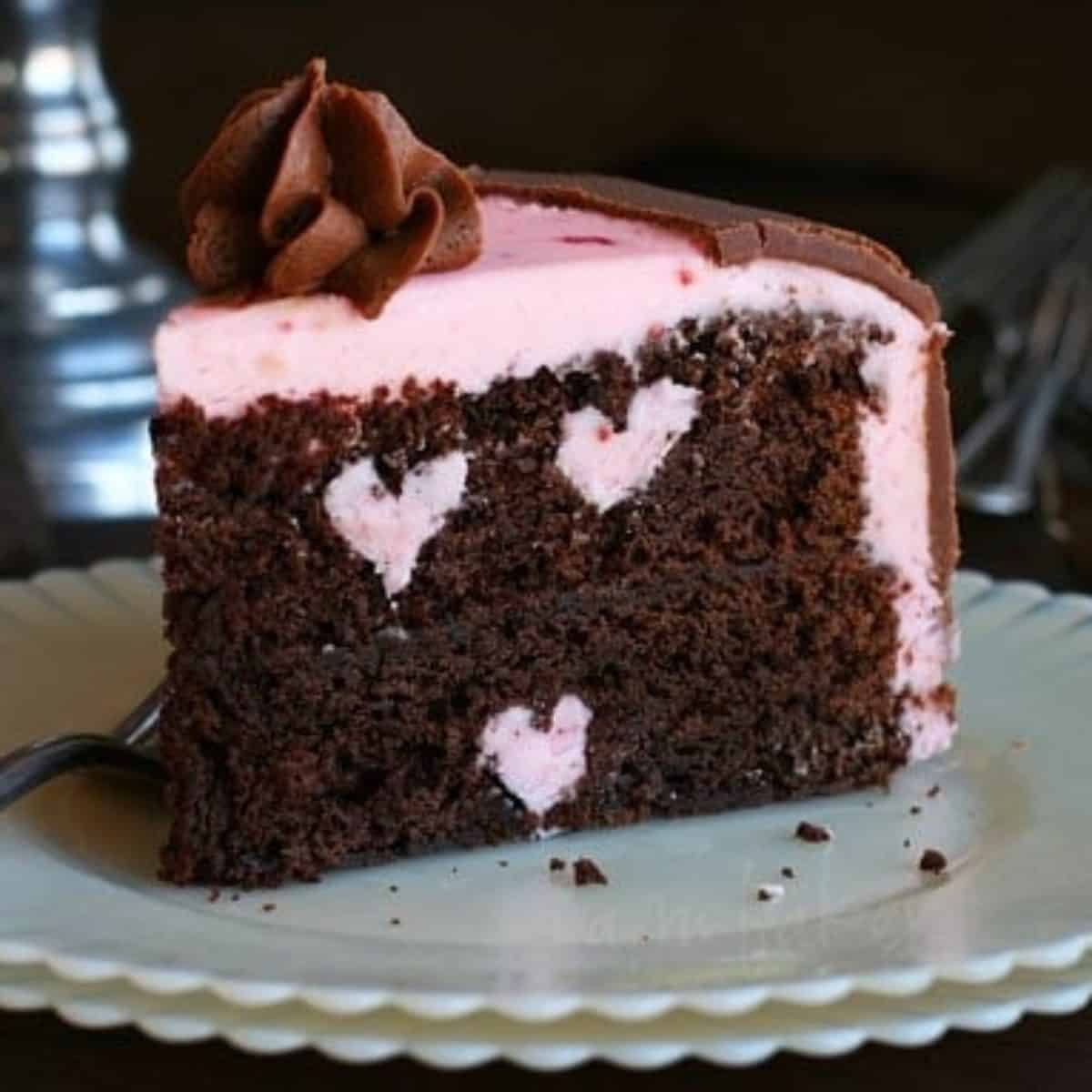 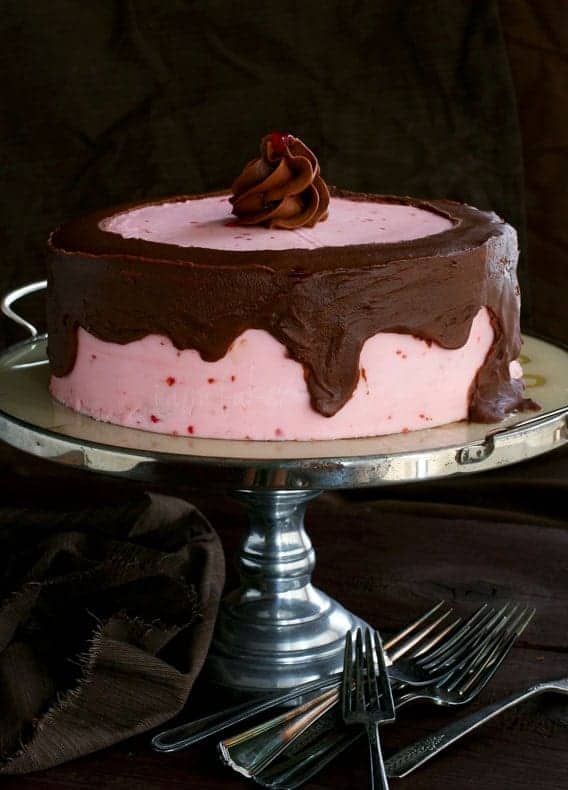 Normally when I think of a cake I sketch it out… fine tune any weird ideas and thoughts… and go for it.

I totally went for it.

While this cake turned out nothing like I had envisioned, I really like the idea behind it.

I carved out a few tunnels to make a surprise-inside, then I went back and filled those tunnels with buttercream. 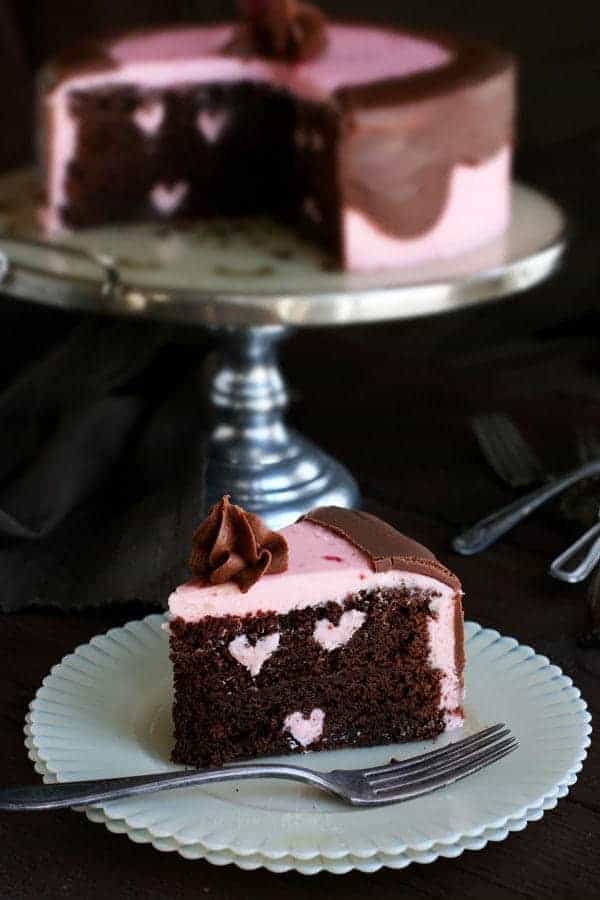 I think this is one of the ugliest cakes I have ever made. Ha!

Here is a recipe for the frostings:

The combination of chocolate and raspberry has been around forever and there is a good reason… its stinkin awesome.  I especially love the flavors of the rich chocolate cake with the sweet raspberry frosting covered in the semi-sweet chocolate glaze.

I used this recipe for the chocolate cake.  Its tried and true and fabulous and you will love it! 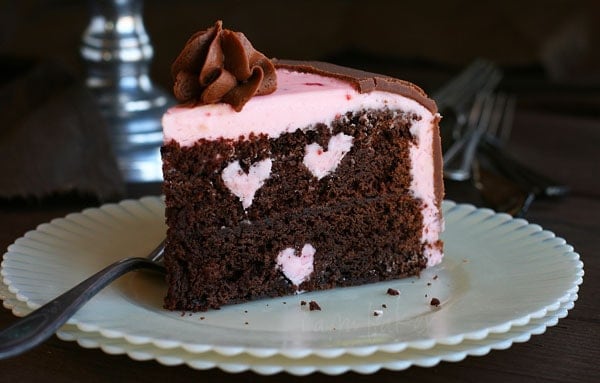 Here are some other surprise-inside cakes and methods I use to create cakes like this!

You can also see my book, Surprise-Inside Cakes here!

Categorized in: Surprise Inside Cakes 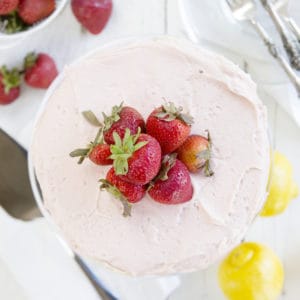 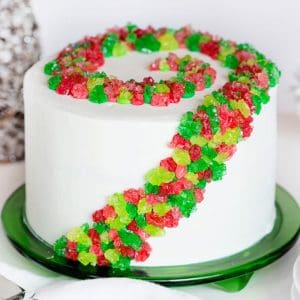 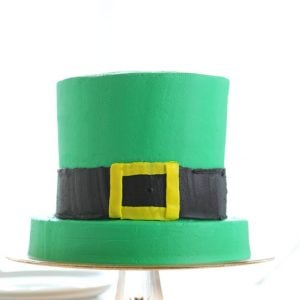 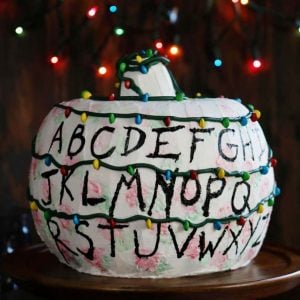