Kick your brownies up a notch with these rich chocolate brownies topped with mint frosting! I used my Brownie Recipe and added some mint buttercream and an easy ganache to create one of our favorite brownie treats! 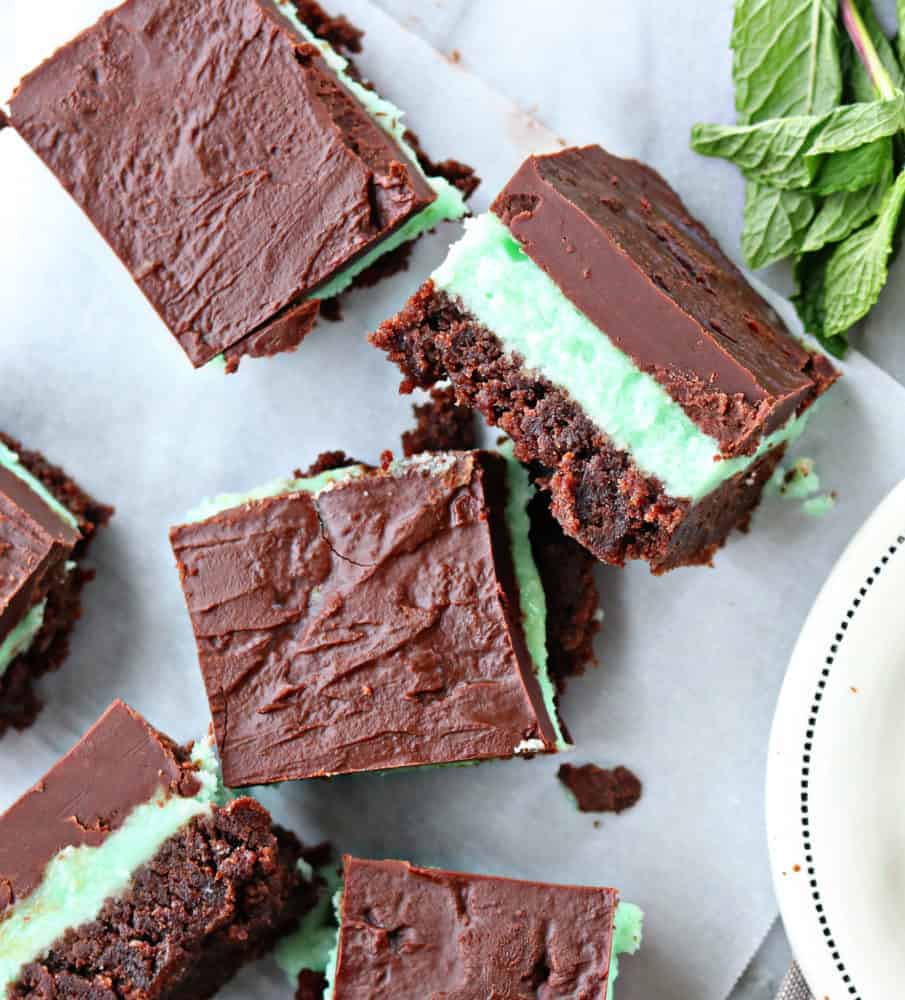 I think it’s safe to say that I am a brownie girl. Put a piece a cake, a brownie, and a cookie in front of me and I will pick the brownie all day long. I have many recipes on my site and we honestly make them all the time! The favorite are; The Best Brownies, Zucchini Brownies, Mocha Brownies, and Blueberry Brownies just to name a few! 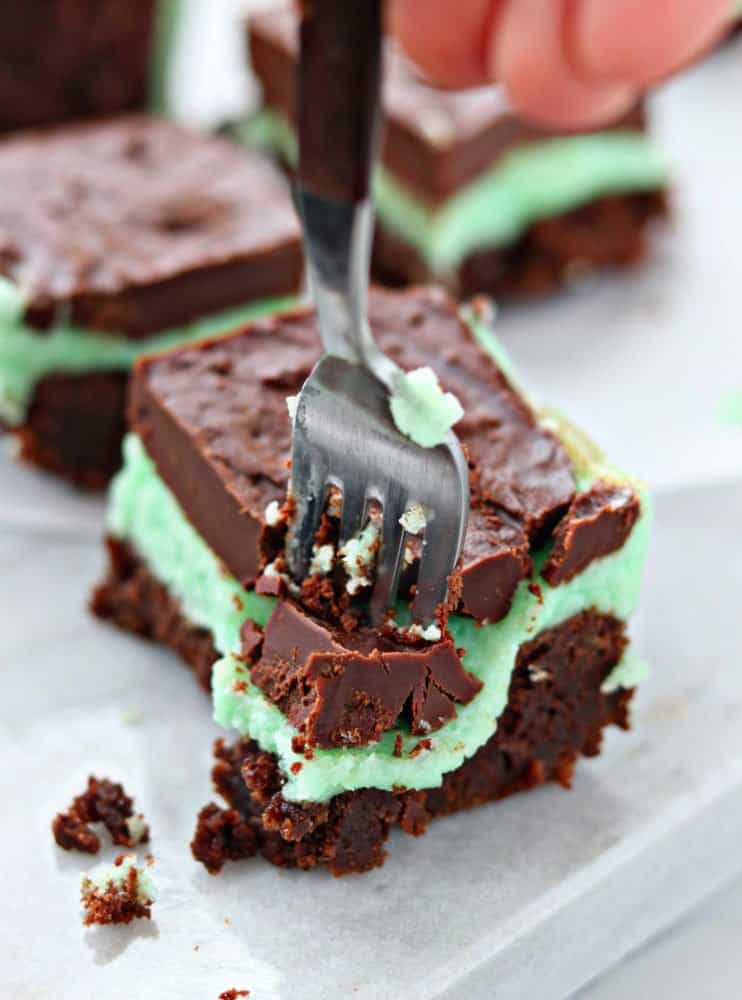 How to Make Chocolate Mint Brownies

Give yourself a few extra minutes for the chilling time in this recipe, as you will achieve the best results when the brownies are properly cooled. 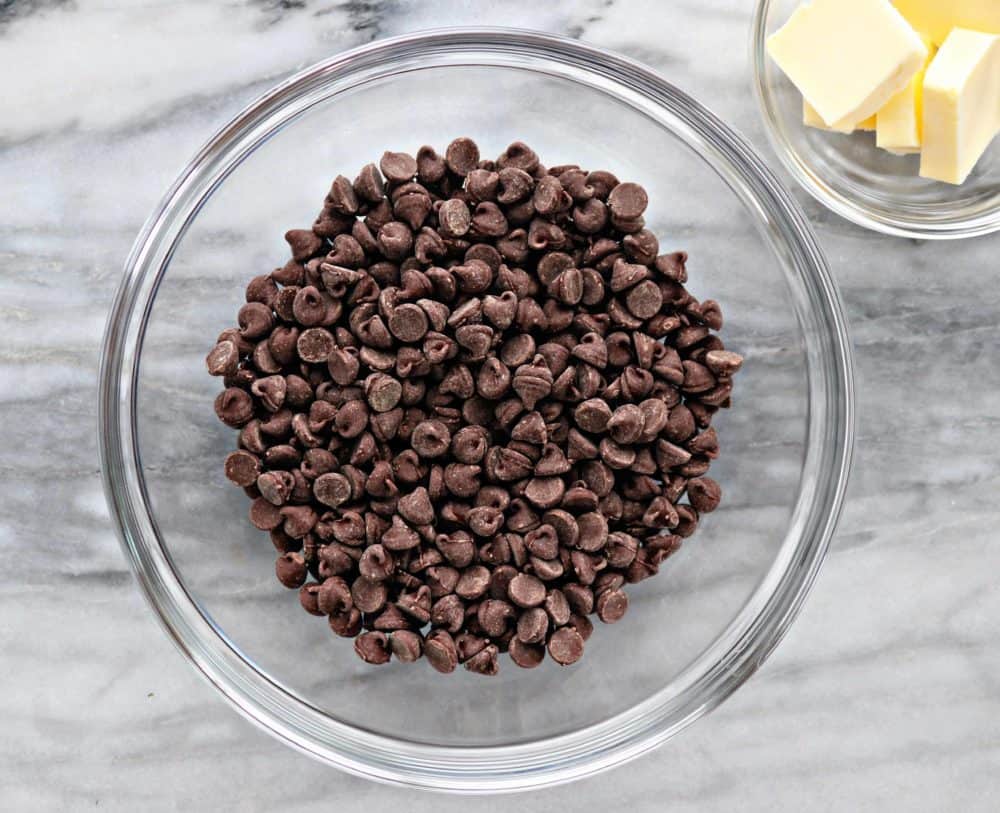 This ganache is one that does not use heavy cream and could not be easier. I opted to add my chocolate chips to a microwave-safe bowl with the butter. Heat them together until the chips look glossy and the butter is mostly melted. Then stir! If there are a few chips not fully melted when you start stirring that’s ok, they will slowly melt and combine beautifully as you whisk the chocolate and butter together. If some of your chocolate is not fully melted you can pop it back into the microwave for 10 seconds, but keep a very close eye on the chocolate as you do not want it to seize. If your chocolate has seized, melt 1 tablespoon more butter and stir vigorously into the chocolate. You should be able to recover it.

Another version of this recipe is to place your chocolate in a bowl and set aside. Heat butter in a small saucepan or microwave until melted. Pour over the chocolate chips and let sit for 30 seconds to 1 minute. Then start stirring!

I like this recipe because it hardens up nicely, tastes yummy, and I like to think I burned enough calories stirring to eat at least two brownies. 😉 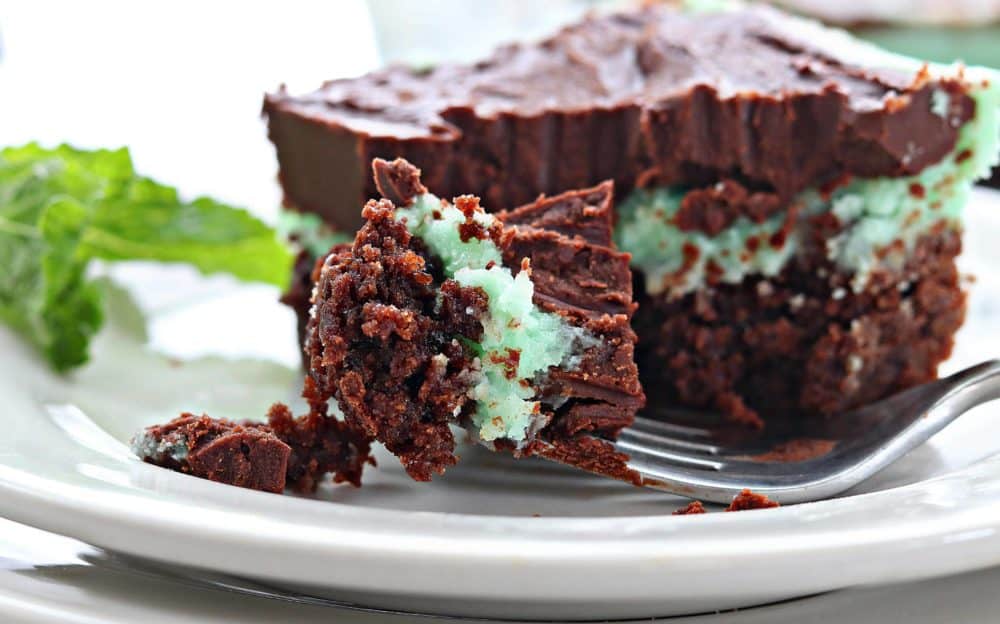 How Long Have Brownies Been Around?

It is said that the brownie originated in America in the 1900s. The myth is that it was a mistake… forgotten baking powder in a cake or the accidental addition of melted chocolate to biscuit recipes, and thank goodness that mistake was made!

Brownies today are meant to be eaten with your hands, more of a finger food than cake. The modern definition of a brownie is a “bar” not technically cake. However, there are so many recipes for brownie bars and cake-like brownies that I think everyone is right. I prefer a fudgy brownie so often need a fork just to get it to my mouth!

Bonus: You can make the filling PINK by simply adding red food color instead of green. A perfect way to celebrate Valentine’s Day! 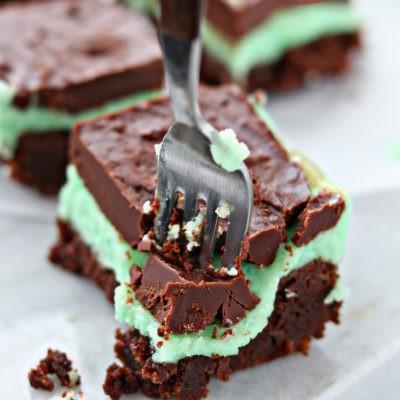