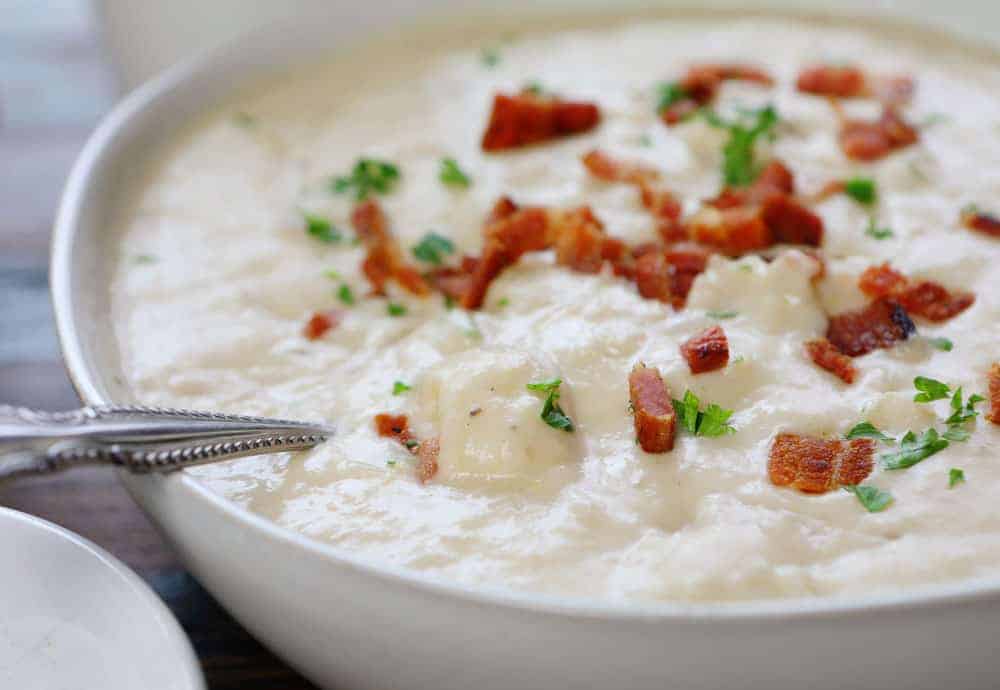 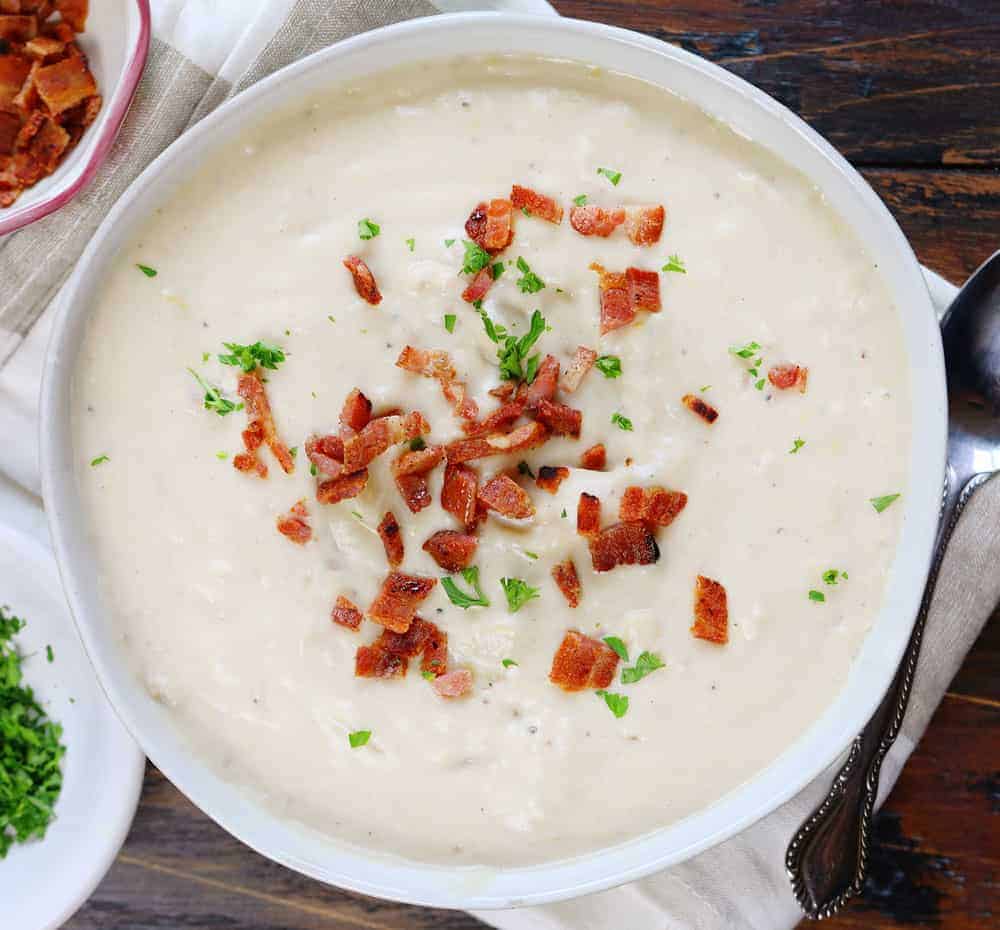 How to Make Potato Soup

Start with a good potato. I love using Russet potatoes in Potato Soup. They are high-starch potatoes with a light, mealy texture. My second favorite is red potatoes with a little of the skin left on. They hold their shape better than other potatoes after cooking, which makes them ideal for soups when you want skin-on chunks of potato.

Next is the cream base. Normally you would melt the butter in a saucepan, stir in flour and seasonings, and then whisk in the milk or heavy cream until smooth. Then cook over medium-high heat until the base is slightly thickened and bubbly. I opted for sour cream in this recipe as I find it adds extra creaminess and holds up well to the other liquids in the soup. You don’t need to cook the sour cream mixture as long as you would the milk roux mixture, it just needs to be heated through. 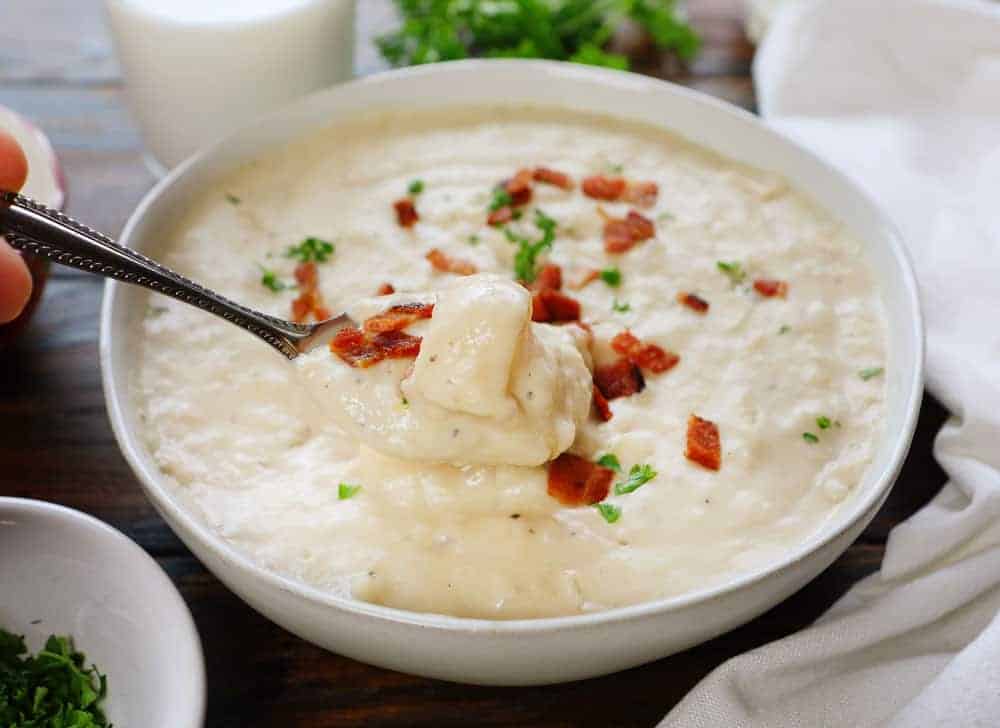 Finally, you finish off the soup with an immersion blender or countertop blender. I like a half-n-half ration… meaning I will remove half the potatoes and blend the rest. This ensures big glorious bites of potato among the silky creamy soup. Cook soup until heated and adjust seasonings. (I much prefer to season at this stage of cooking.) If you want a thinner soup, stir in a little milk or heavy cream. 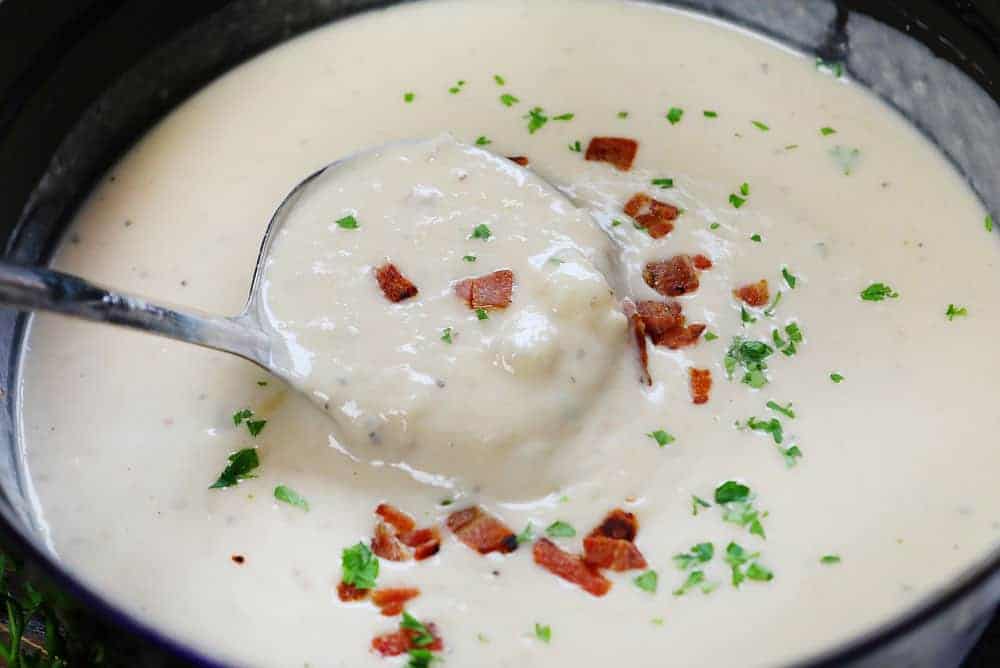 *If you want your bacon crispy instead of cooked in the soup, you can fry it in a pan prior to adding to the soup.

Love this soup? Check out all the soups on iambaker as well as the perfect Homemade Croutons! 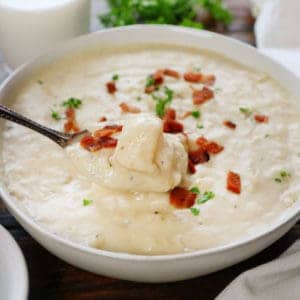 Creamy and packed with flavor, this is going to be your new favorite Potato Soup!