Centuries ago, people would look for ways to not waste any leftover food, including bread, which led to bread pudding. It was referred to as ‘poor man’s pudding’, but has evolved to be included in many upscale restaurants as a dessert.

With all the variations and recipes for bread pudding, it made perfect sense to add a Pumpkin Bread Pudding to the list. And what better time than the fall season to add this recipe when everything is coming up pumpkin?! 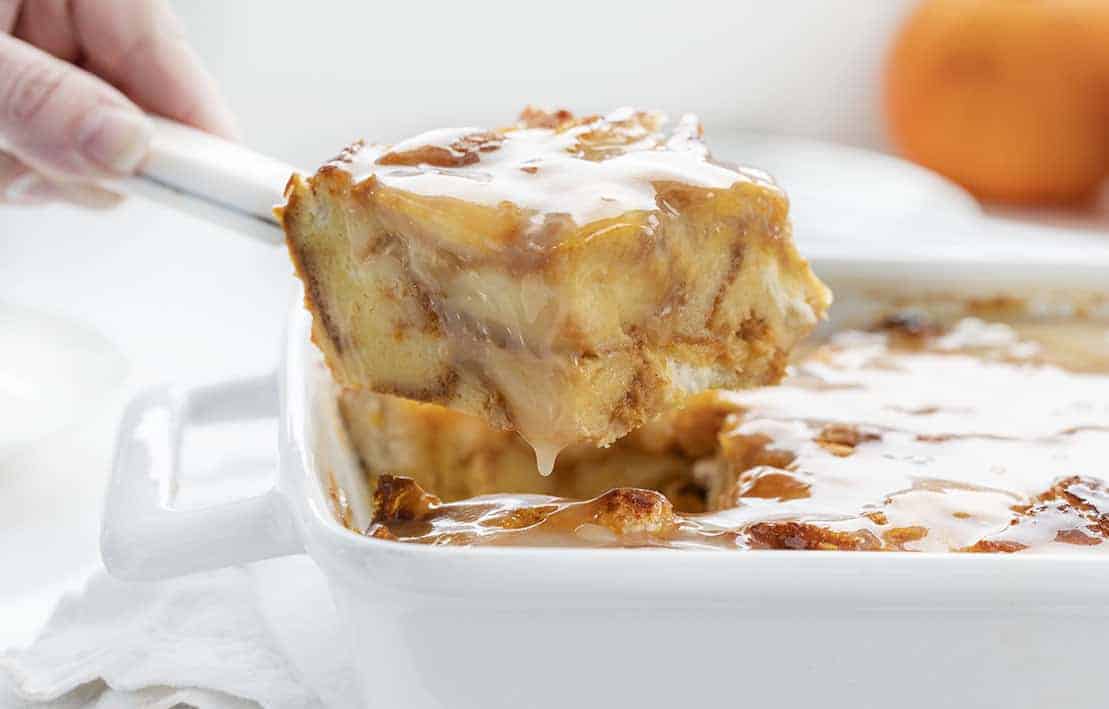 There are two delicious parts to this recipe–the bread pudding and the vanilla glaze.

I chose to use Texas toast for this recipe. Whatever bread you use, be sure it is sturdy enough to soak up the egg and milk mixture and not fall apart.

Once you have your bread cut or torn into pieces, it’s time to let it slightly harden. You can do this in two different ways. The first way you can harden the bread is to place the pieces in a greased 9×13-inch baking dish and let it sit out uncovered overnight.

A second way (and much quicker way) to prepare the bread for bread pudding is to toast the bread. Preheat the oven to 350°F and place the pieces of bread in a greased 9×13-inch baking dish. Simply bake the bread for about 5 minutes, or until slightly crispy. 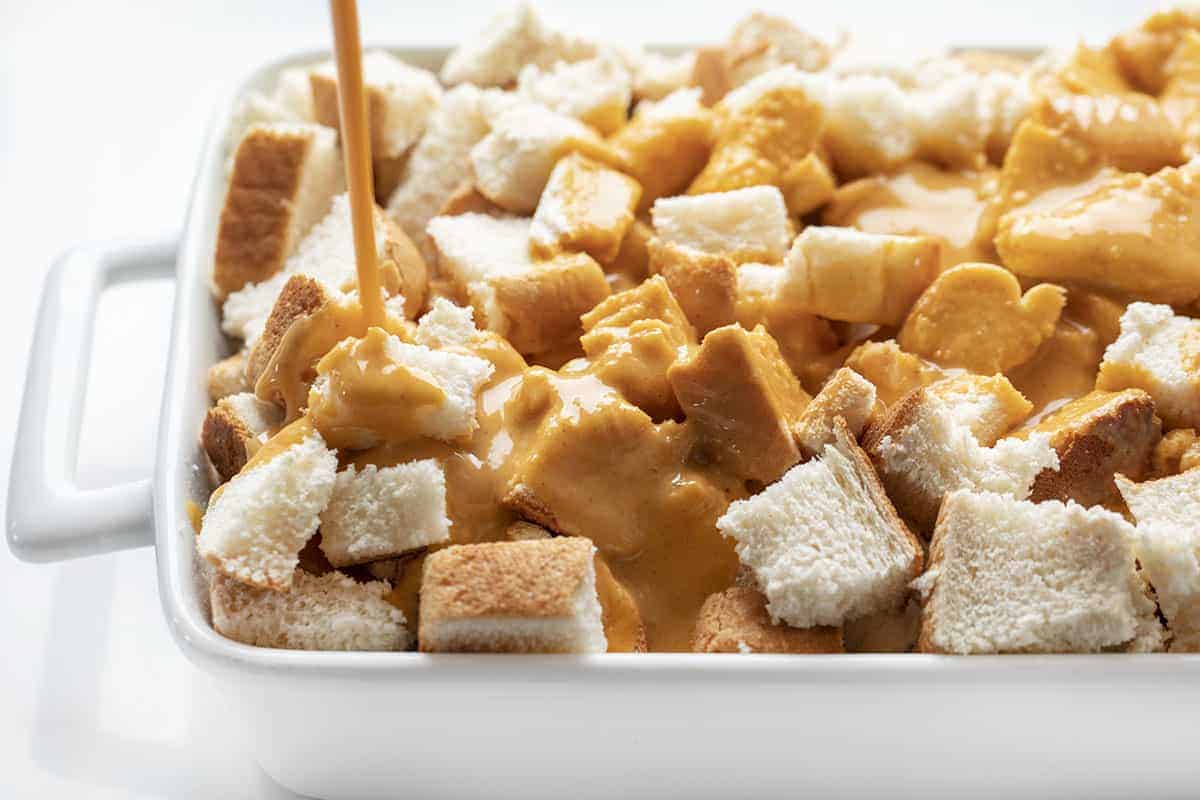 How to Make Pumpkin Bread Pudding

After the bread has slightly hardened overnight or toasted in the oven, it’s time to make the pudding. In a medium bowl, whisk together the eggs, milk, both sugars, pumpkin pie spice, vanilla, and the can of pumpkin puree. Pour this mixture over the bread and press it down to coat the bread. Let the bread soak for about 20 minutes.

While the bread is soaking, preheat the oven to 350°F. After the 20 minutes, bake the bread pudding for 35-40 minutes, or until an inserted toothpick comes out clean and the internal temperature is 160°F. The bread pudding will come out a little jiggly but will firm up a bit.

Begin to prepare the vanilla glaze about 10 minutes into the baking time. (The glaze takes about 20 minutes to thicken and you want it ready to go when the bread pudding comes out of the oven.) 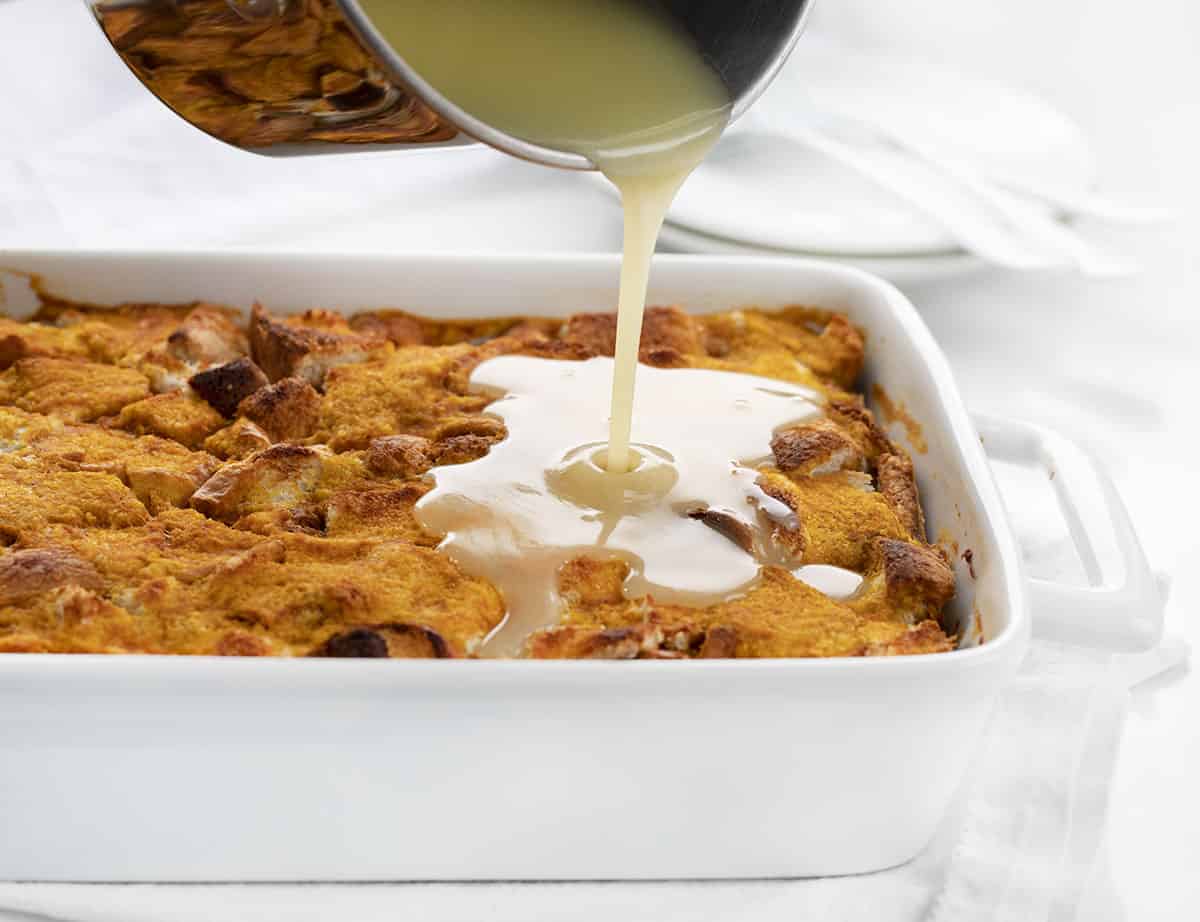 How to Make Vanilla Glaze

This glaze was just the right amount of sweetness to add to the pumpkin bread pudding. It wasn’t too overpowering, and it made this recipe more of a dessert.

To make the glaze, add the butter, sugar, and heavy whipping cream in a saucepan. Heat up the ingredients over medium heat, stirring until it begins to thicken. Stir in the vanilla and pour the glaze over the baked bread pudding. Let it cool for a few minutes before cutting and serving. 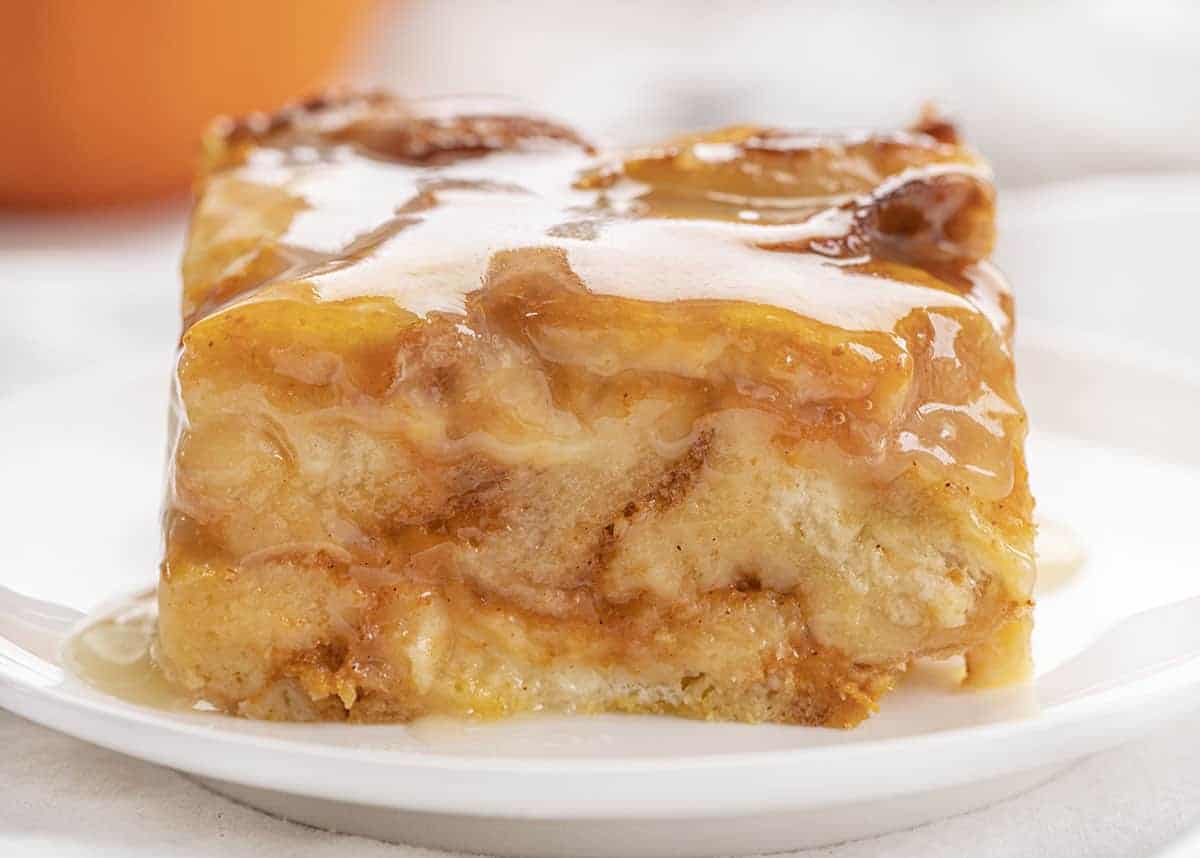 How to Store Bread Pudding

To store leftovers, keep the bread pudding in an airtight container in the refrigerator for up to five days. If you are planning to freeze the pudding, freeze it WITHOUT the vanilla glaze.

Let it come to room temperature before cutting it into individual pieces. Wrap each piece in plastic wrap and aluminum foil, or store the pieces in airtight, freezer-safe containers. Label and date the containers; the pudding will last up to three months. 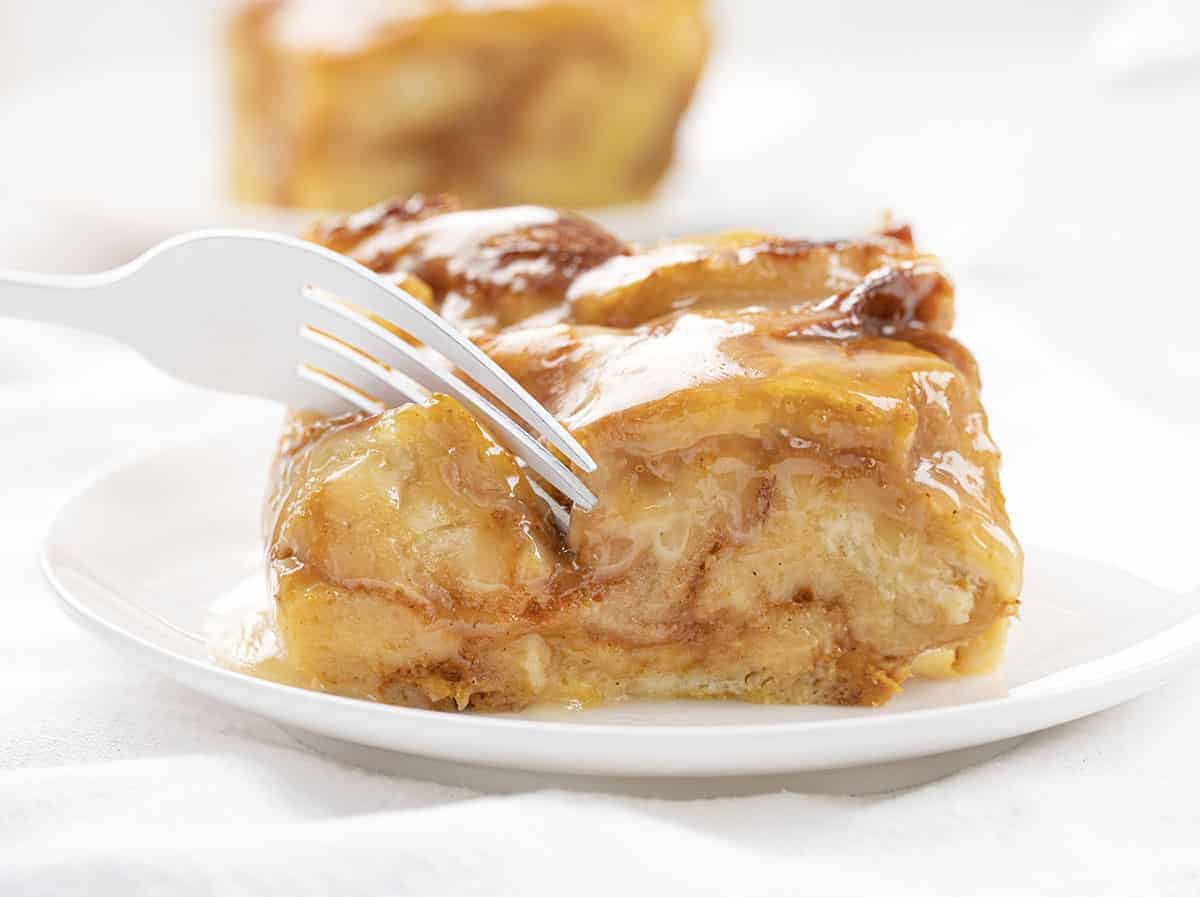 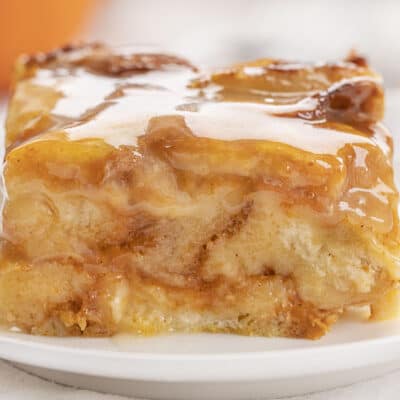