Snickerdoodle Fudge is a soft and creamy fudge that is full of the classic snickerdoodle cookie flavors of cinnamon and sugar with the addition of white chocolate. Try my Butter Pecan Fudge for another melt-in-your-mouth fudge.

Snickerdoodles are old-fashioned cookies that have been around since the late 1800s. I have a snickerdoodles cookie recipe if you are craving that! But, if you want the same cinnamon sugar flavor in fudge, this is the recipe to follow. It’s easy to make, and who doesn’t need another variety of fudge to give as gifts or have around, especially during the holiday season! 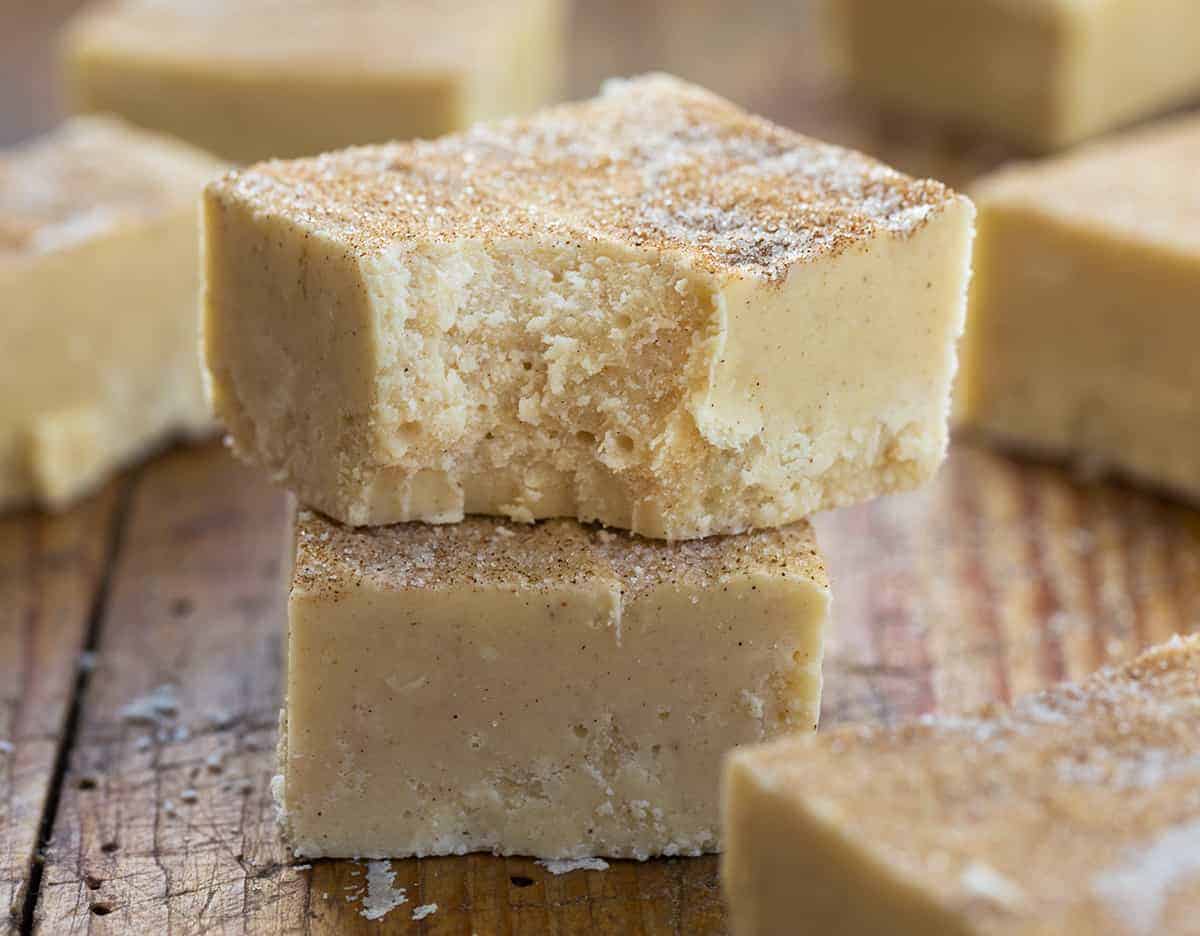 This recipe is easy to follow and pour into a pan to cool and enjoy. There are a couple of ingredients I want to focus on:

White Chocolate Chips: When it comes to white chocolate, you could use ‘real’ white chocolate (at least 20% cocoa butter) or white chips, or morsels. 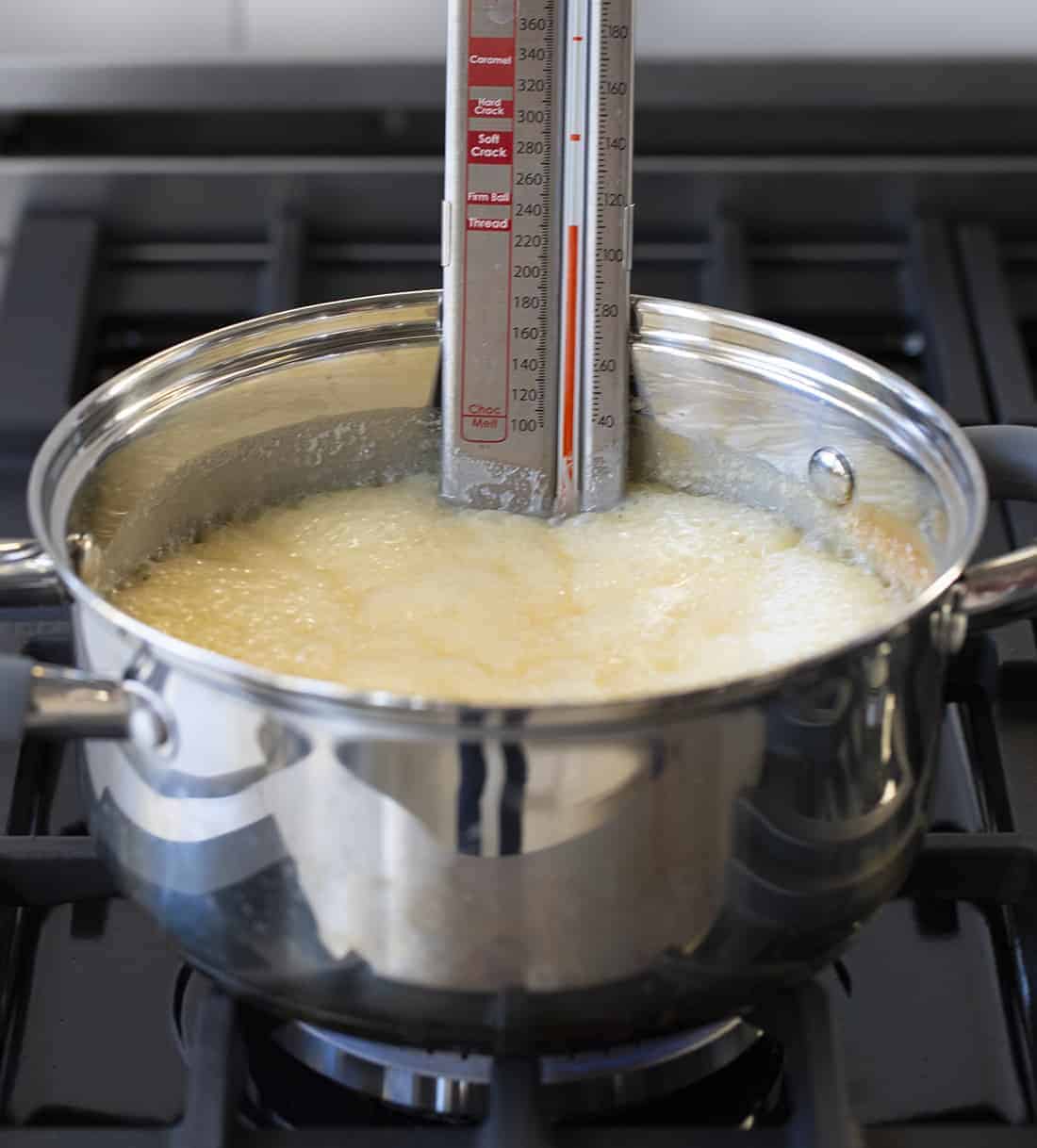 How to Make Snickerdoodle Fudge

You can find them in most grocery stores and houseware stores. When you use it, just make sure you don’t immerse the thermometer directly into boiling water or let the bulb hit the bottom of the pan. It really is a game-changer, or should I say candy-changer, for your future sugary recipes. 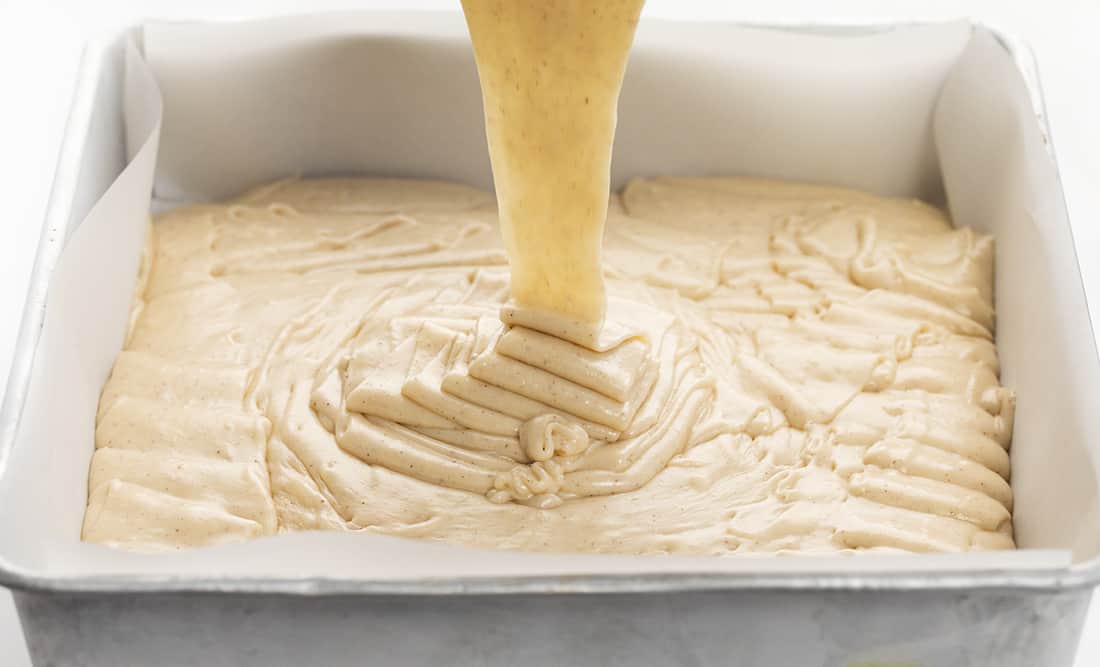 How to Harden Fudge

Allowing snickerdoodle fudge to come to room temperature will solidify it and make it easy to handle. You can also pop it into the refrigerator for a couple of hours or even the freezer for about 30 minutes. Fudge is best consumed at room temperature though, so be sure to take it out a few minutes before you want to eat it.

How to Store Fudge

If you need longer storage, like months, the freezer is the best option. I like to tightly wrap the fudge with plastic wrap and then place it in an airtight container or freezer-safe plastic bag. Be sure to write the date on it! 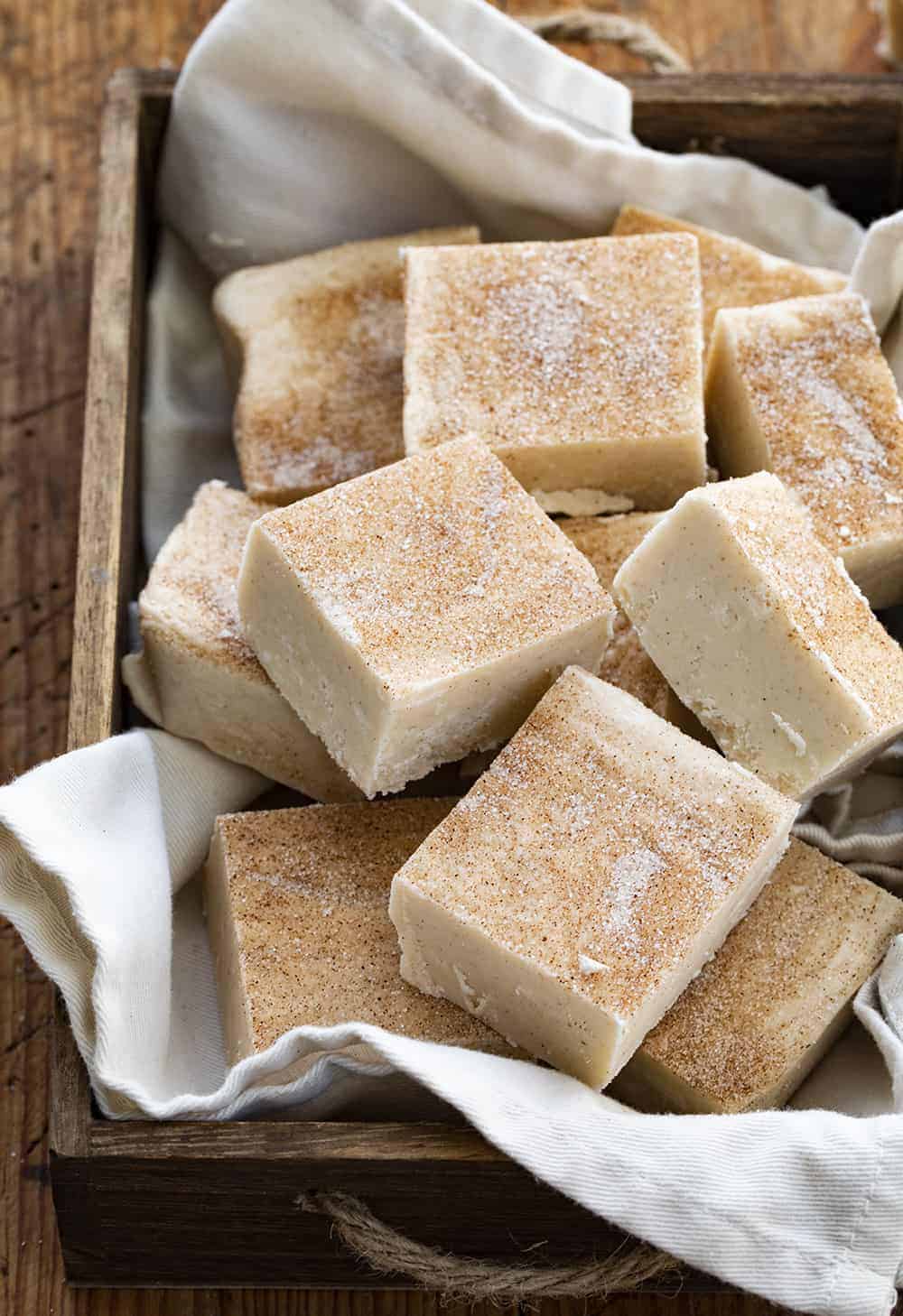 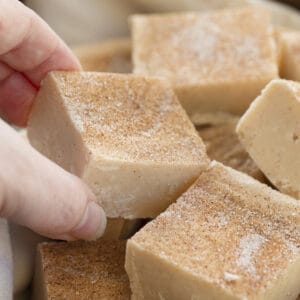 Snickerdoodle Fudge is a soft and creamy fudge that is full of the classic snickerdoodle flavors of cinnamon and sugar.