Fill your house with the smell of freshly baked Sourdough Cinnamon Rolls, full of lots of cinnamon flavor and topped with a homemade whipped cream cheese frosting. Made with my sourdough starter, these rolls will melt in your mouth and you will want to make another batch immediately! For another delicious breakfast (or anytime) roll, try my Raspberry Cream Cheese Sweet Rolls.

Cinnamon Rolls have to be one of my favorite sweet rolls of all time. With just the right amount of cinnamon flavor and the perfect amount of frosting, I can’t pass them up anytime they are around or at my local cafe. The rolls are the perfect lazy morning treat to have with your coffee or tea. Adding the sourdough starter to these cinnamon rolls gives each bite just a little extra ‘zip’, or tangy flavor that I love with sourdough bread. 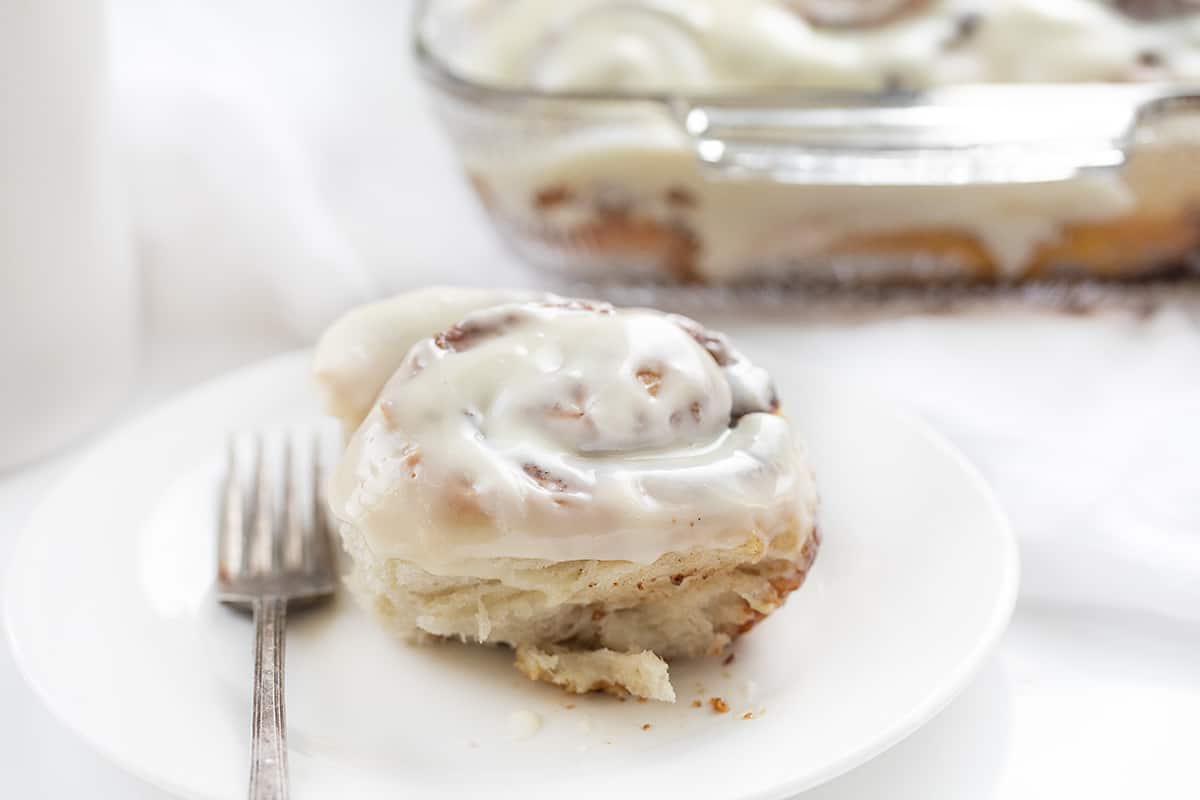 There are three main parts to this recipe–the dough, the cinnamon filling, and the whipped cream cheese frosting.

It all starts with the dough for these Sourdough Cinnamon Rolls. So, get out your stand mixer with the hook attachment, and mix all the dough ingredients together for about 5 minutes. Make sure the dough is moist and sticky, but not too sticky. You can always add a little flour to the dough, but you don’t want it to be dry. Place the dough into a greased medium-sized bowl, cover it with a towel, and let it sit in a warm spot for 3-5 hours. 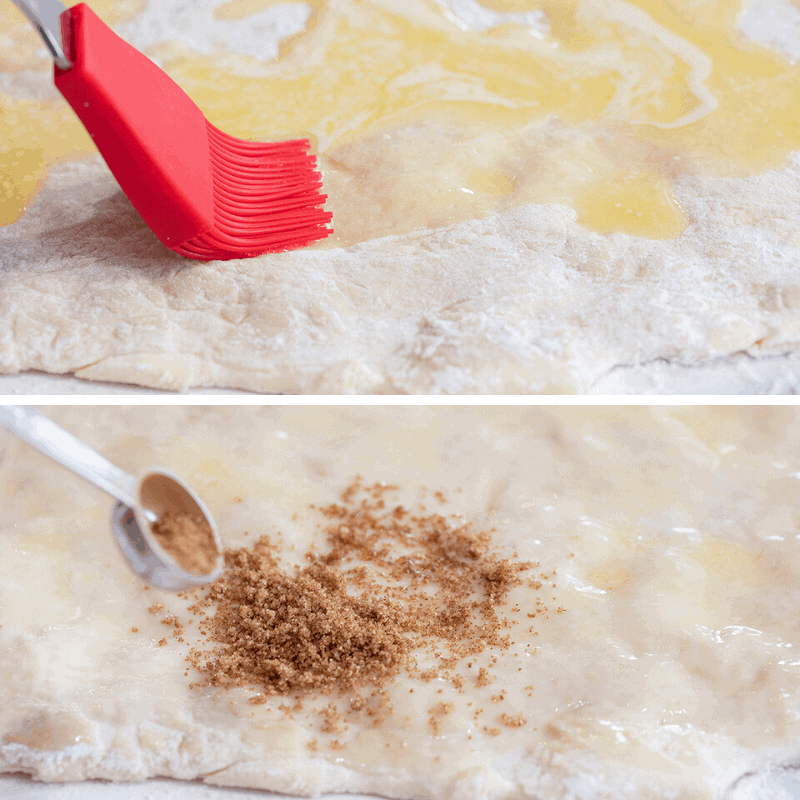 How to Make Sourdough Cinnamon Rolls

After the 3 hours, place the dough onto a floured work surface. Flatten out the dough into a rectangle. (You shouldn’t even need a rolling pin for this step.) If you want 9 cinnamon rolls, roll the dough a little thinner. For thicker cinnamon rolls, keep the dough to about 1/2-inch thickness.

This cinnamon filling is going to be what is spread out and rolled up inside these yummy rolls. Start by melting 3 tablespoons of butter and letting it cool. Meanwhile, in a small bowl, combine the brown sugar and cinnamon with a fork. Pour the butter all over the dough, making sure to cover as much of the surface as possible. Next, spread the brown sugar and cinnamon mixture on top of the butter. Again, spread it out as much as you can. You want that sweet cinnamon taste in every bite of these rolls! Tightly roll the dough into a log using the bottom long edge as a starting point.  Using a very sharp knife, cut the rolls into your 9 or 6 pieces.  Place each roll into a greased 8×8-inch pan and let them rise for about 2 hours. Then, bake the rolls for about 25 minutes at 350°F. Remove them from the oven and let them sit on the counter for about 5 minutes while you prepare the cream cheese frosting. 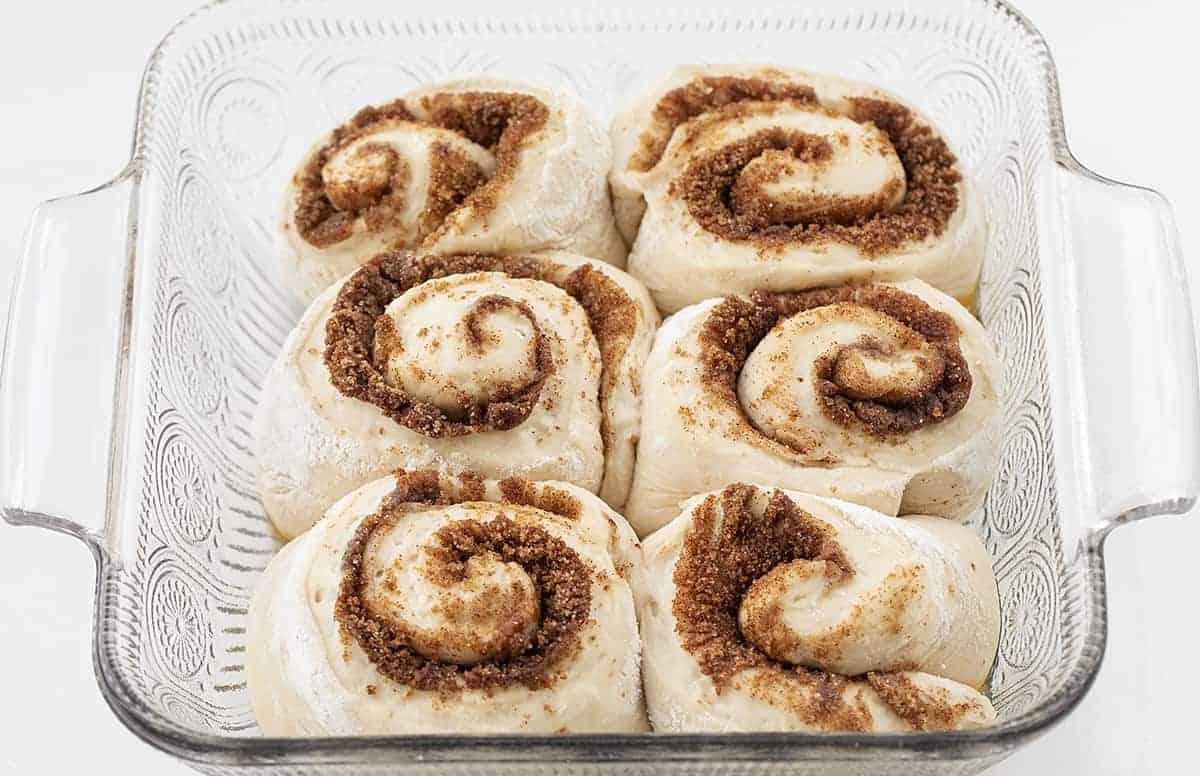 How to Make the Cream Cheese Frosting

It only takes a few minutes to whip together this cream cheese frosting for the Sourdough Cinnamon Rolls. So, while the rolls are still baking, or even cooling, put the cream cheese, butter, confectioners’ sugar, vanilla, and salt in the bowl of your stand mixer. Using the paddle attachment, start on low to get all the ingredients combined. Then, mix on high for 4-5 minutes, or until the frosting is light and fluffy. You can spread this all over the warm rolls that are still in the pan. Or, another option would be to flip over the rolls onto a serving plate and add the frosting then. Either way you ‘roll’ (get it?), these will be a hit! 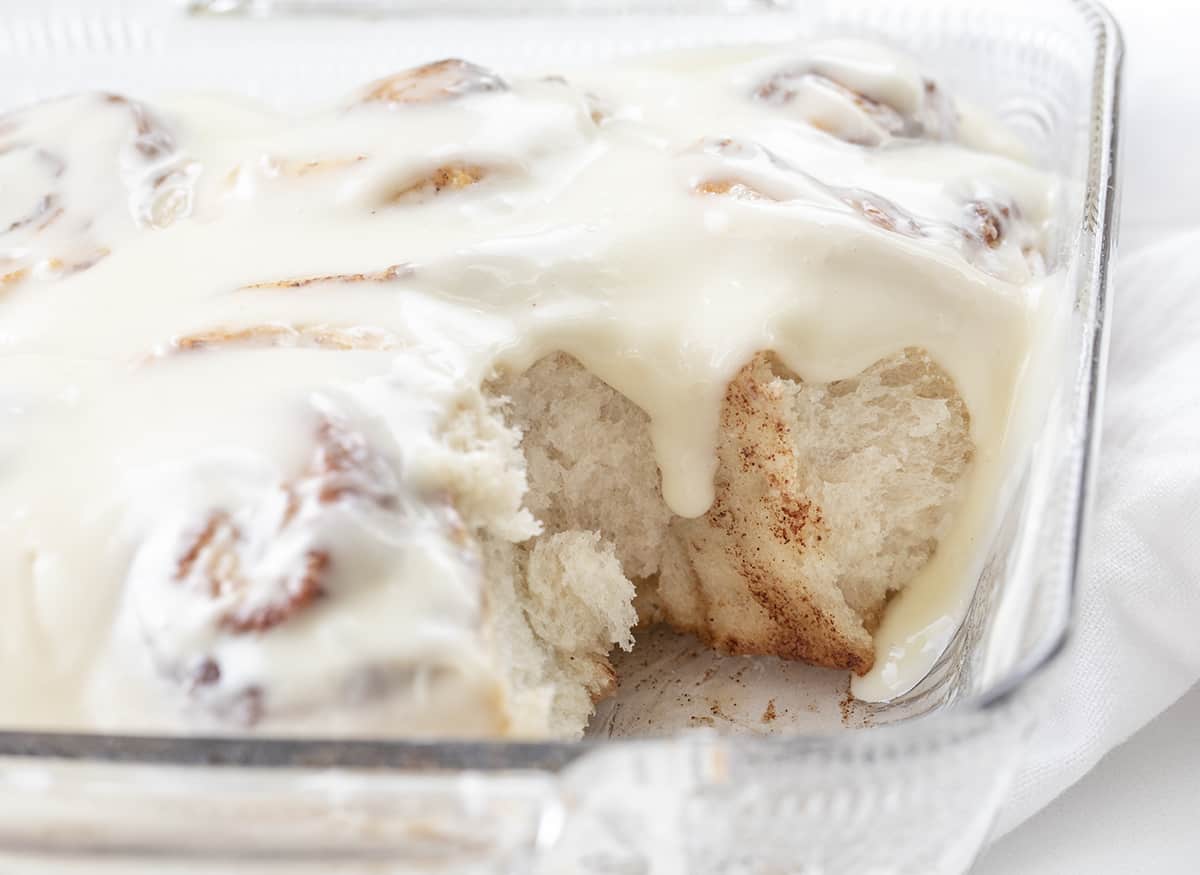 Can I Freeze Sourdough Cinnamon Rolls?

Yes! You can freeze them before they rise and bake by covering them with plastic wrap and aluminum foil. Just take them out of the freezer when you are ready to bake them and let them thaw and rise before completing the rest of the steps. You can also freeze them after baking the rolls, but before adding the frosting. In addition, you can freeze them with no problem after you have frosted the baked rolls. Again, cover them with plastic and aluminum foil. But, be sure to let them cool before freezing them. 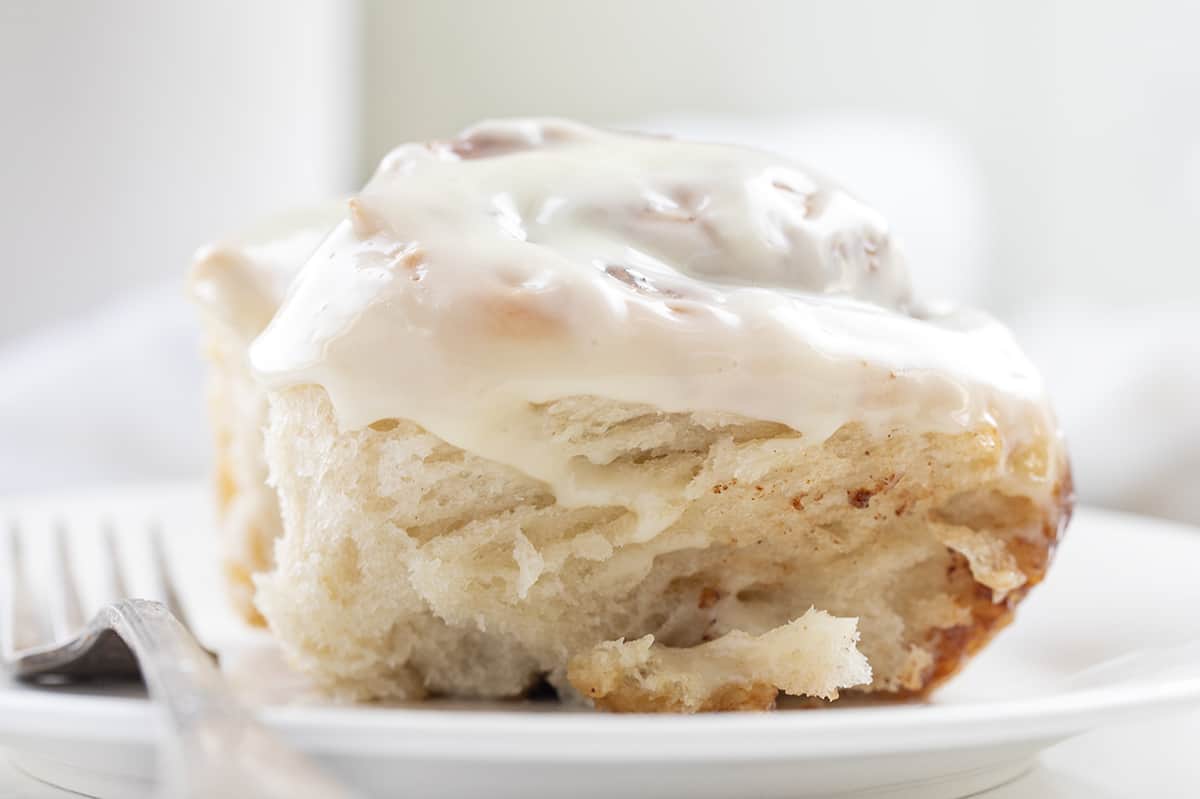 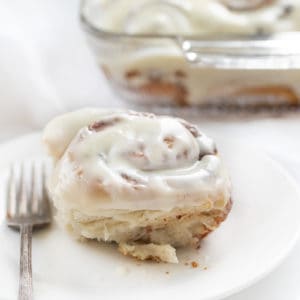 Use your extra sourdough starter to make these melt in your mouth Sourdough Cinnamon Rolls!

Banana Bread {Made with Sourdough Starter}