Pumpkin Spice Bundt Cake with Creamy Pumpkin Glaze gives a bundt cake a Fall twist by adding pumpkin puree to both the cake and the pumpkin glaze. Try my Pumpkin Dessert for another dessert to add to your Thanksgiving menu.

With pumpkin spice season upon us (I mean Fall), why not add a bundt cake with pure pumpkin in the recipe to the list? Pumpkin puree is added to both the cake and the glaze for just the right amount of pumpkin flavor in every bite. The cake is a moist cake that could be added to your holiday menu or enjoyed with a cup of coffee on a cool, crisp morning. 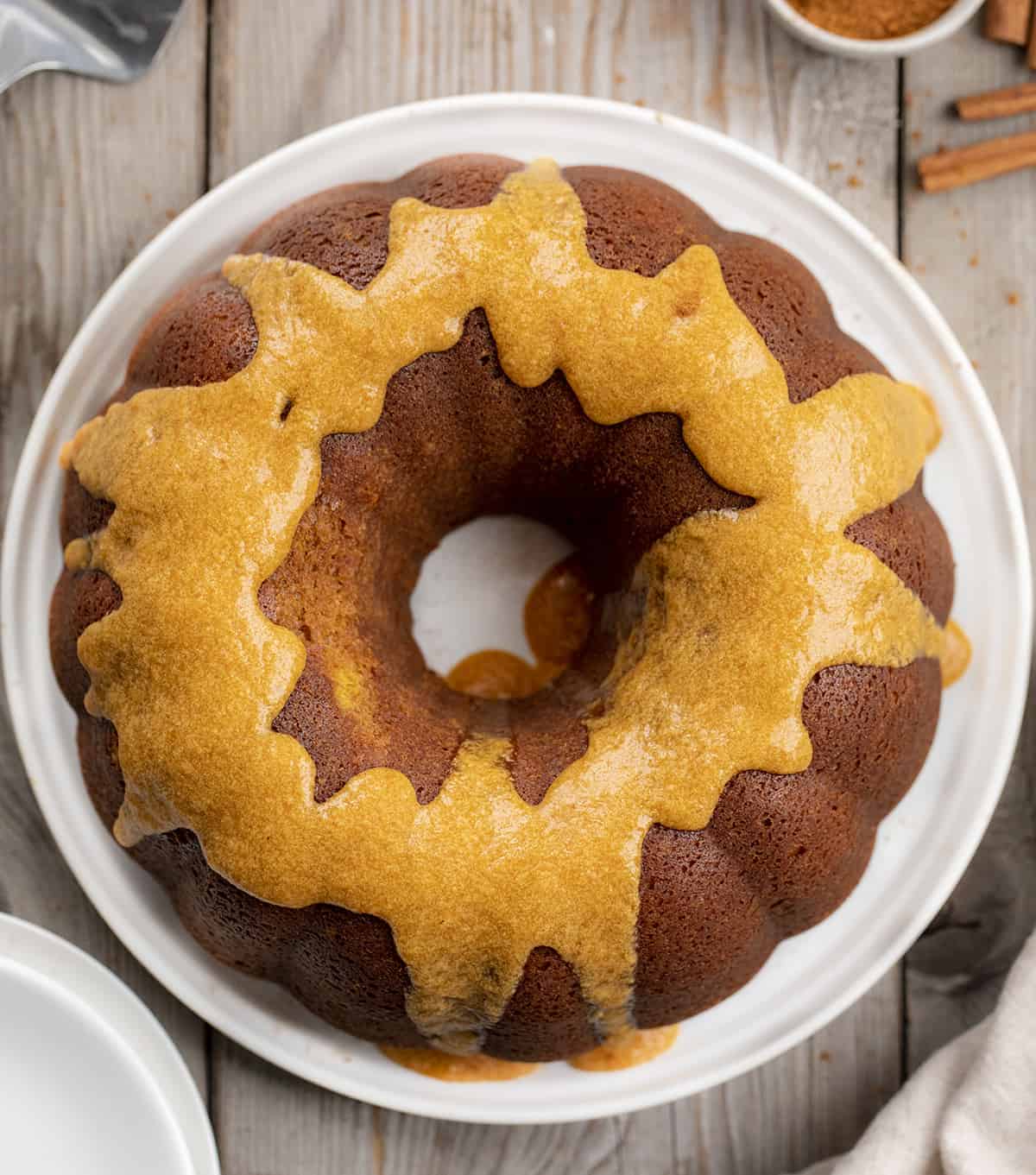 There are two pumpkin-flavored parts to this recipe–the bundt cake and the glaze. The important ingredient in both is pumpkin puree.

Pumpkin Puree: Be sure to look for pumpkin puree, not pumpkin pie filling. Pumpkin puree is cooked pumpkin that is blended or mashed into a smooth texture. There should be no seasoning, spice, flavoring, or sugar added. We are adding our own seasoning and sweetness into the cake and glaze so just want the pure pumpkin flavor of the puree. 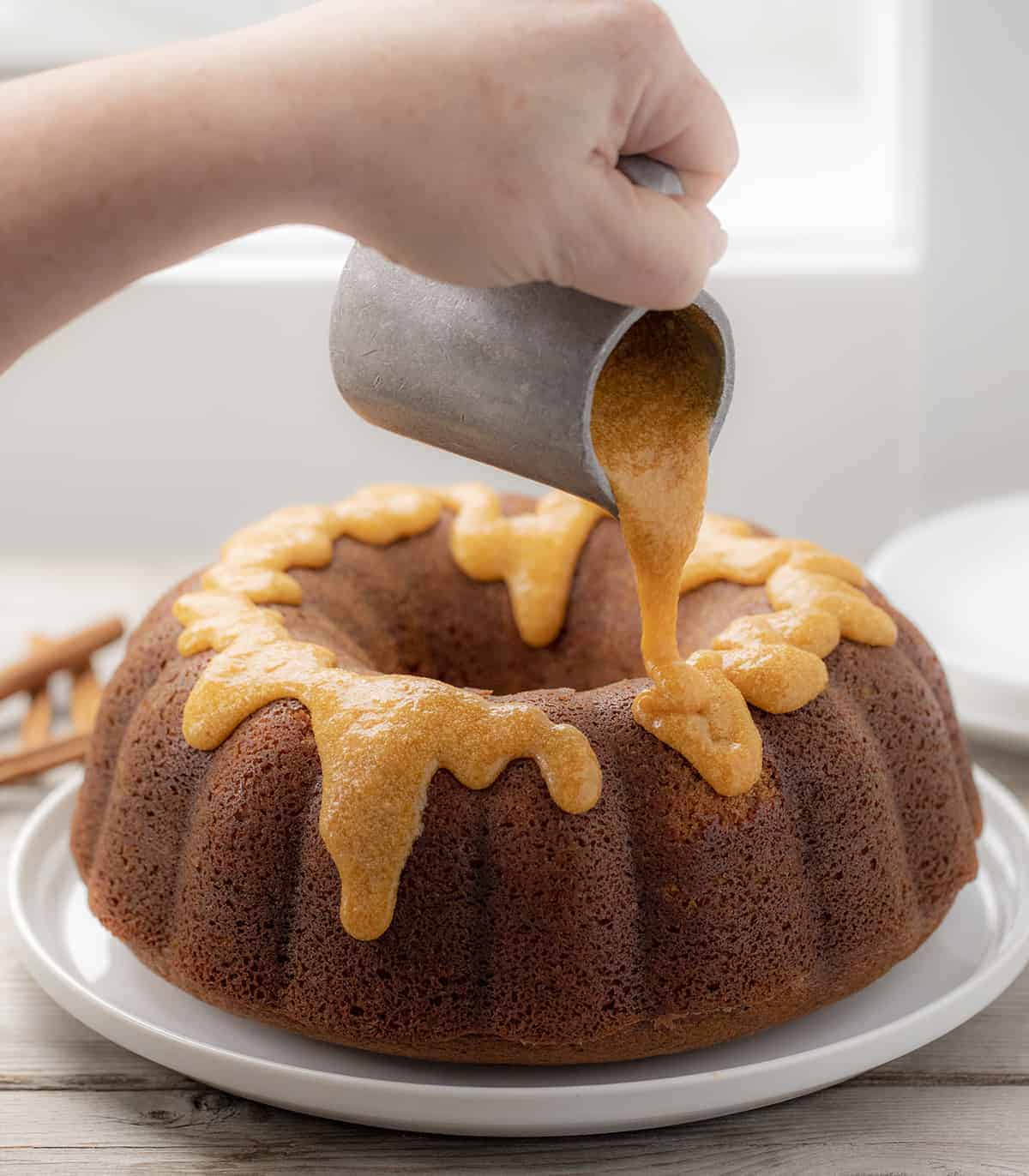 How to Make the Bundt Cake

To get started, make sure your ingredients are at room temperature. When ready, use a hand mixer or a stand mixer with a paddle attachment to mix the sugar and butter until smooth. Next, add the eggs, one at a time (mixing well after adding each egg).

Then, add the pumpkin puree, sour cream, and vanilla. Mix on low until combined. While the mixer is on low, add the flour, one cup at a time, followed by the cinnamon, baking soda, and salt. Mix until incorporated.

After the batter has been mixed, pour it into a greased bundt pan. Make sure the pan has about an inch and a half of room at the top after pouring. As far as baking temperature and time, that is something you will want to keep a close eye on. If you happen to have any hot spots in your oven you may want to turn the cake halfway through baking.

When the cake is done baking, remove it from the oven and let it cool in the pan for a while before flipping it onto a plate. (There may be cracks in the cake, but that is okay, and actually quite common with pound cakes.) It is important to give it time to rest in the pan. This resting time will help the sides of the cake release a bit before it is inverted. It is up to you if you choose to level the cake after flipping it. 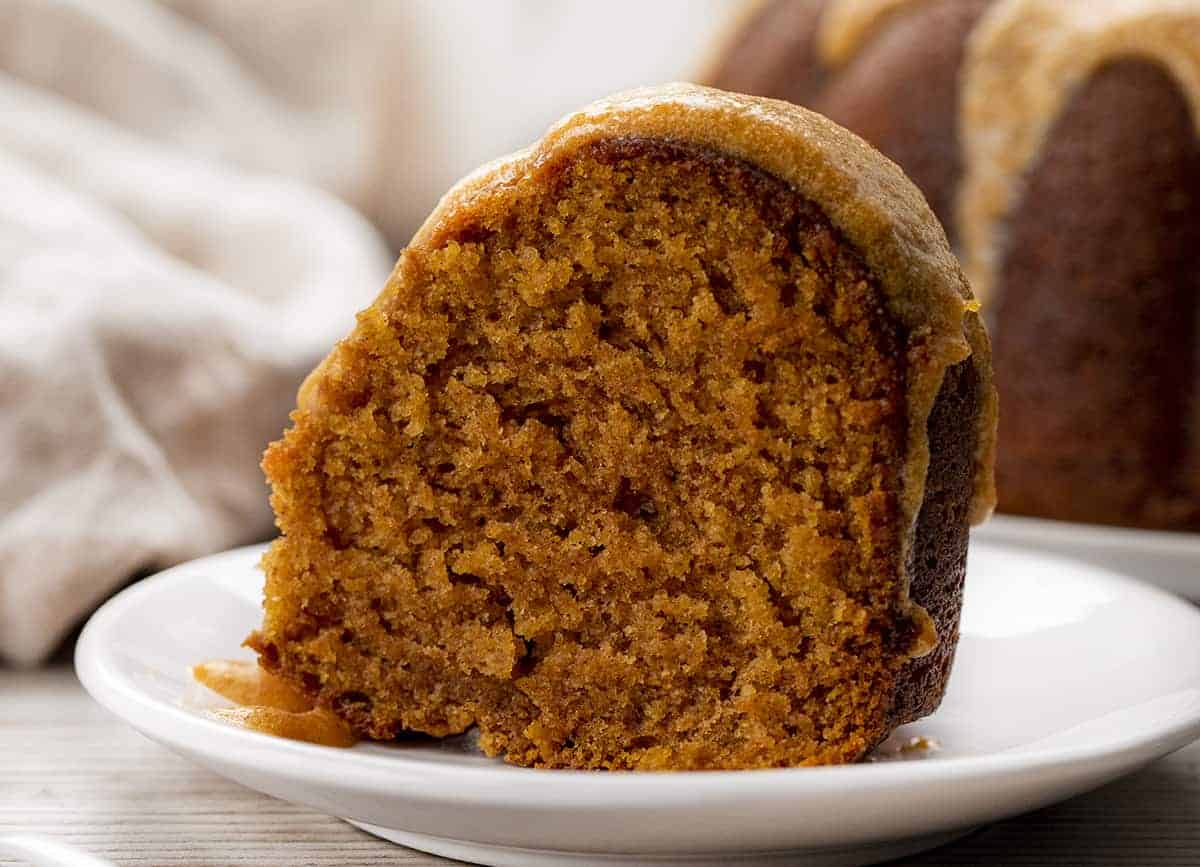 As the cake is cooling, make the creamy pumpkin glaze. To make the glaze, add the confectioners’ sugar to a bowl and slowly whisk in the milk. Start with a tablespoon of milk; then, add a teaspoon of milk at a time until the glaze reaches your desired consistency. Continue whisking while adding the vanilla, pumpkin puree, cinnamon, and melted (cooled) butter. Drizzle the glaze over the cooled cake. Cut and enjoy!

Store leftover cake in a sealed container at room temperature for up to three days. If you store it in the refrigerator, it will last a few additional days. 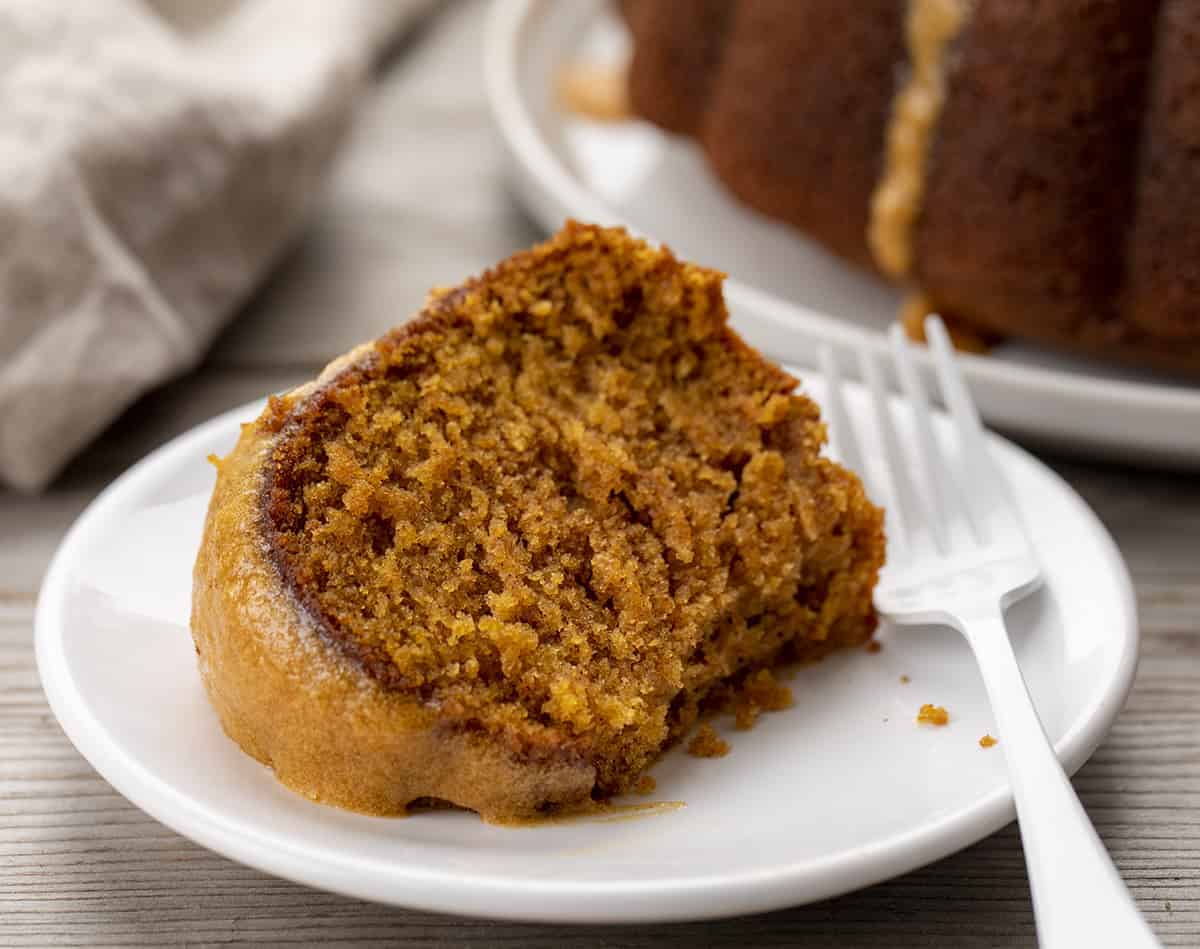 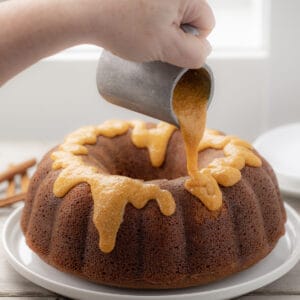 Pumpkin Spice Bundt Cake with Creamy Pumpkin Glaze gives a bundt cake a Fall twist by adding pumpkin puree to both the cake and the pumpkin glaze.