Jump to Recipe
FacebookPinTweetEmail
Cinnamon Raisin Bagels are homemade bagels that are loaded with plump raisins and just the right amount of cinnamon spice. The perfectly dense and chewy bagels are delicious with lots of butter or cream cheese. For another bread with a touch of cinnamon, try my Cinnamon Sugar Banana Bread.

Bagels have been around for centuries and are still popular, even after the New York Times described them as “an unsweetened donut with rigor Morris” back in 1960. Bagels are not going anywhere, especially with the variety of bagels being made, including my Everything Bagel and Salt Bagel. This sweet Cinnamon Raisin Bagel can be enjoyed just as much as a treat or anytime snack. 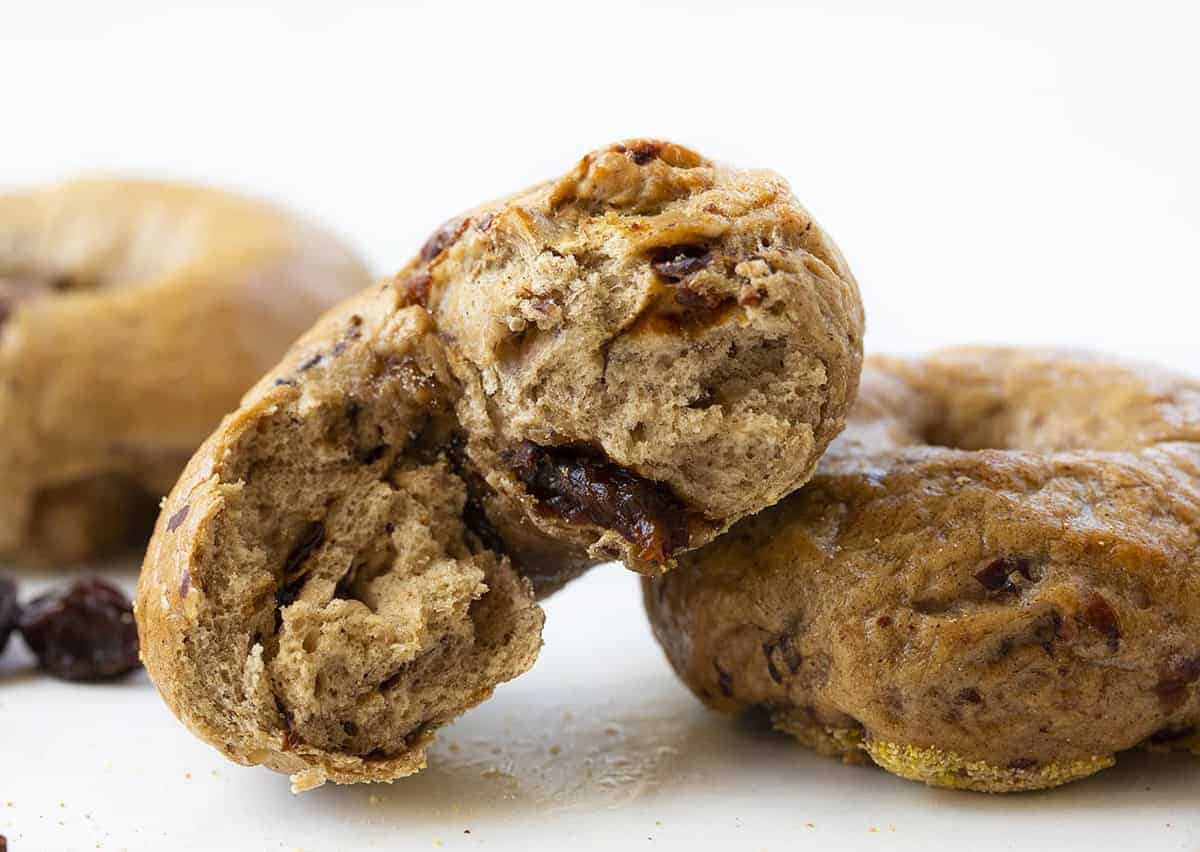 Cinnamon Raisin Bagels are homemade bagels that are made just like my plain bagels recipe, but with the added cinnamon and raisins. 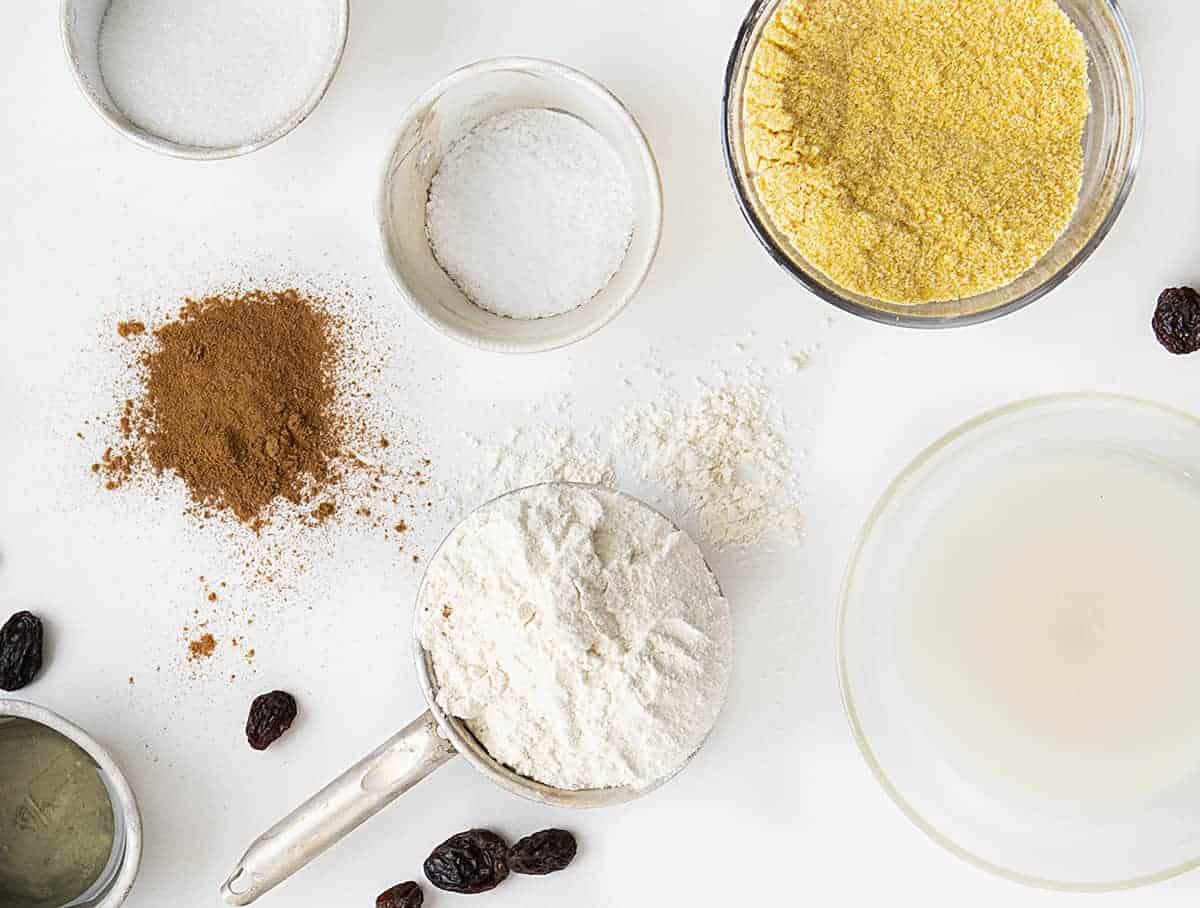 To get started making the bagel dough, get out your stand mixer and whisk the yeast and warm water in the bowl of the mixer. Let that sit for about five minutes. Meanwhile, plump the raisins by putting them in a microwave-safe bowl and covering them with water. Microwave for 45 seconds, and let them sit in the warm water to rehydrate for about five minutes. Drain the liquid before adding them to the dough mixture. 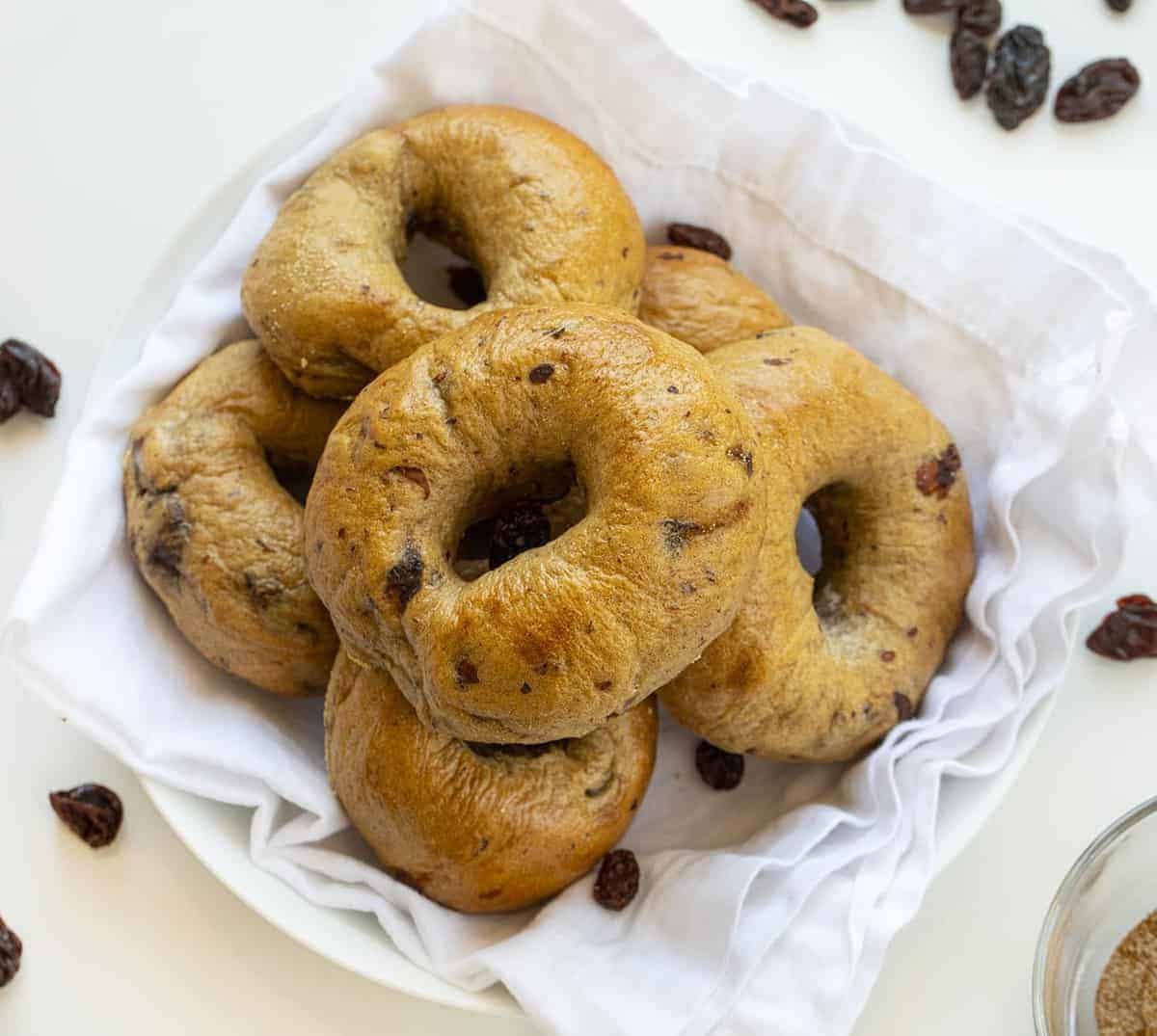 To shape the bagels, first, divide the ball of dough into twelve equal-sized pieces. If you have a baking scale, each piece would weigh about 3 ounces. Work each piece of dough on a clean work surface with your hand cupping the dough.

Gently press down on the ball of dough, working your cupped hand in a circular motion until you have a smooth ball of dough. Place the dough balls on a baking sheet, cover them with a towel, and let them rest for about 15 minutes.

To get the hole in the center of the bagels, use your fingers to create the hole. Then, twirl the dough around and around your fingers until you have a hole that is about 2 inches. Set the bagels aside while you preheat the oven to 425°F and get the water and honey ready to boil the bagels. 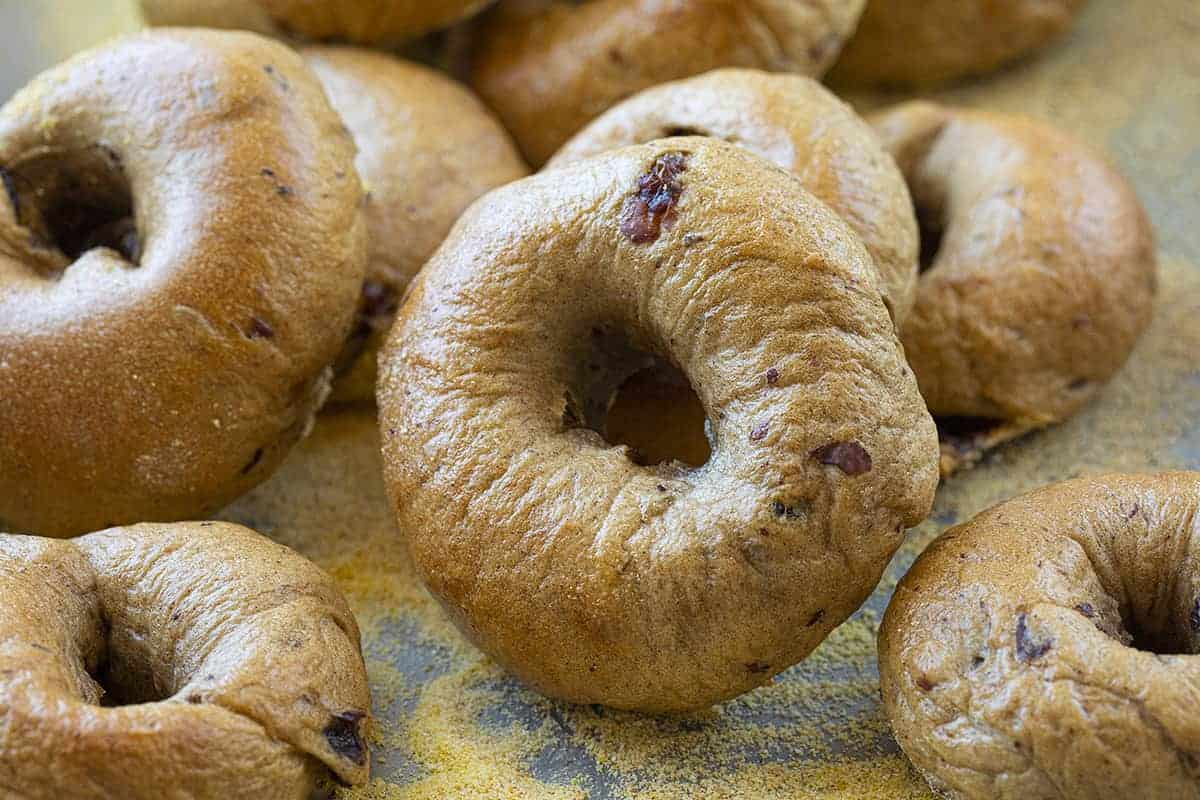 Boiling and Baking the Bagels

Before you can bake the bagels, they need to be boiled in the water and honey mixture. 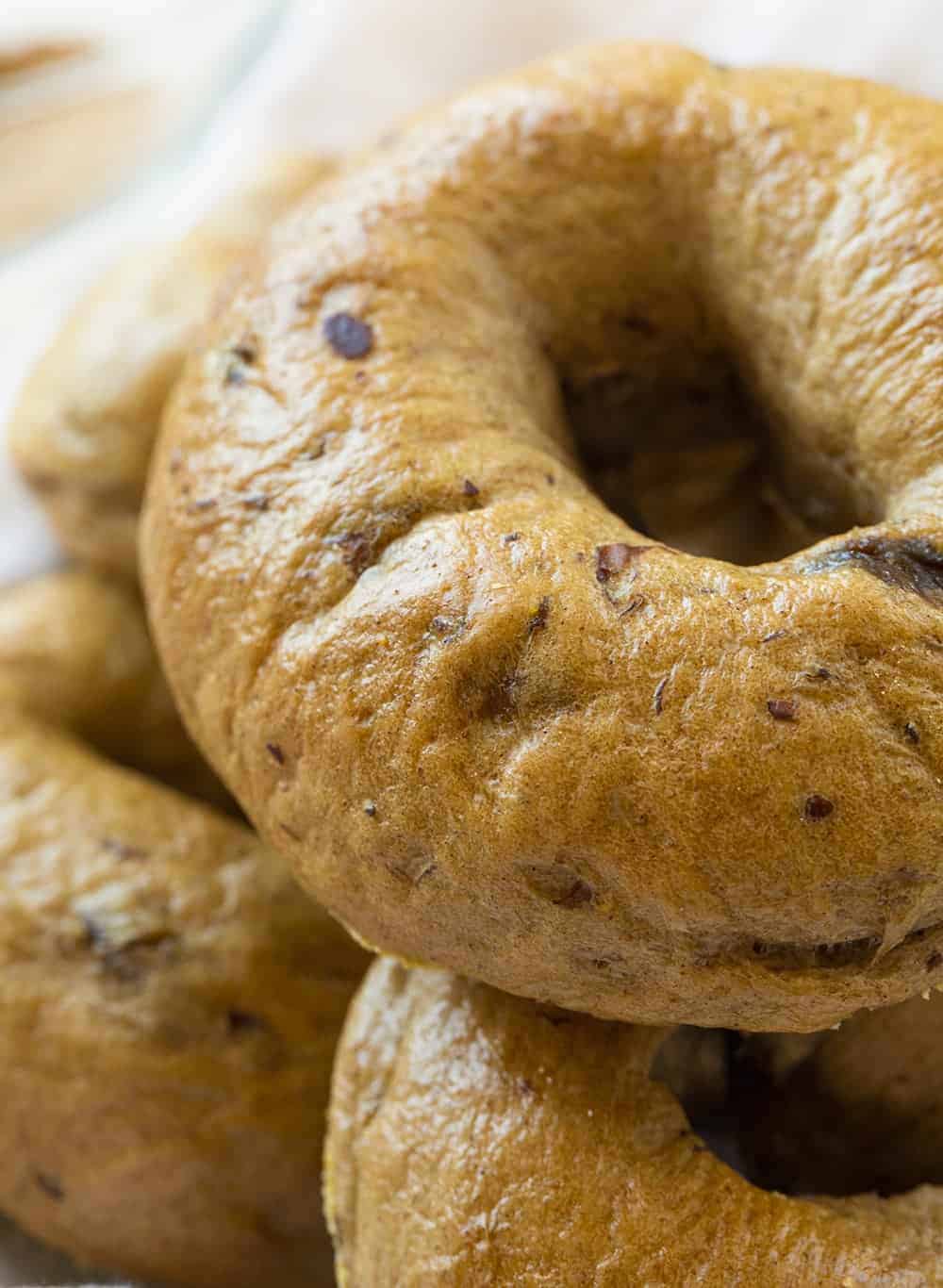 How to Store Bagels

It’s best to eat up your fresh bagels as soon as possible since they do dry out and harden in just a few days. Store any extra bagels in plastic bags at room temperature (not in the refrigerator, which actually makes the bagels dry out faster). Make sure they have cooled down before storing them. If you are not planning to eat the bagels in a couple of days, freeze them.

To freeze the bagels, let them cool completely, but then get them into the freezer as soon as possible after that. Slice each bagel before putting them into a zipped freezer-safe plastic bag. Label and date the bags; they will last up to 3 months in the freezer. The best part is that you do not need to let them thaw before popping them in the toaster. You can also heat them in the oven for about 10 minutes at 350°F. 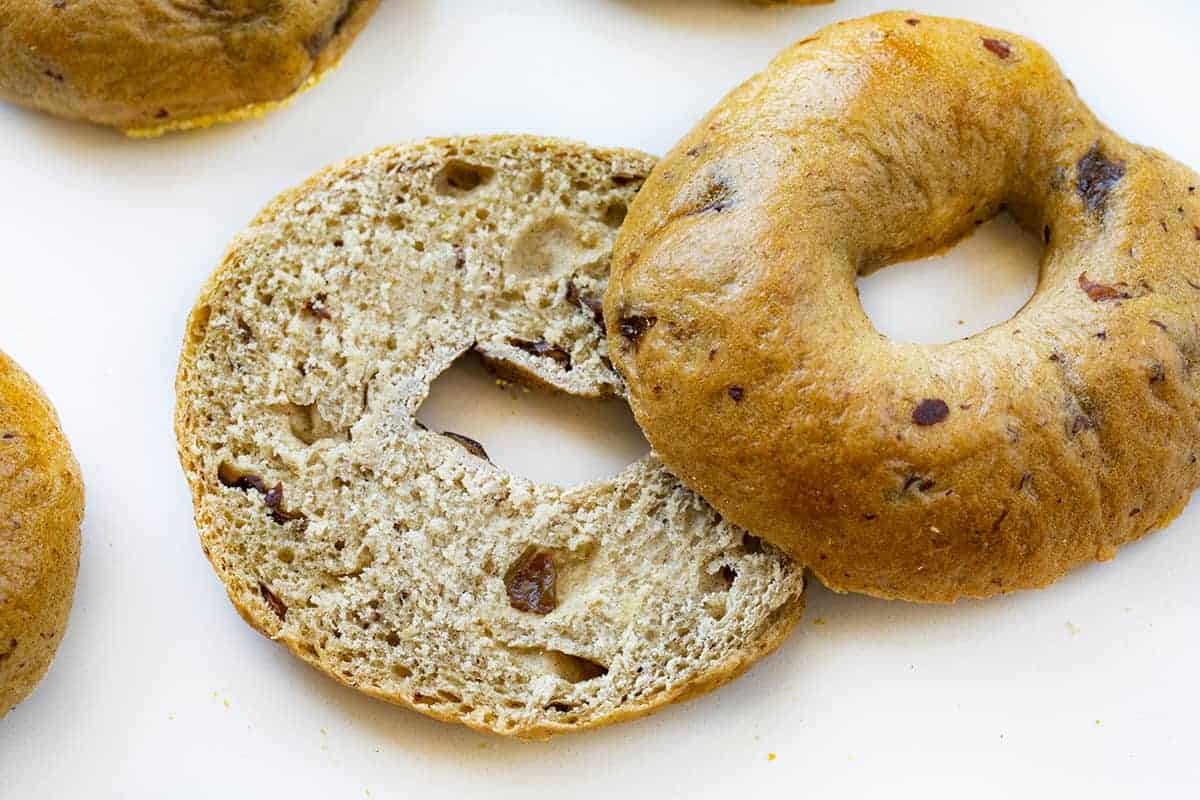 Cinnamon Rolls (made with sourdough starter) 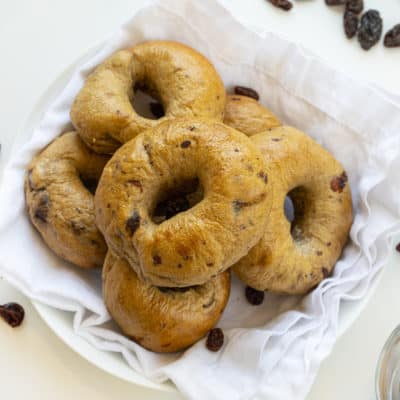 Ingredients for Boiling and Baking