Cinnamon Banana Bread takes banana bread to a sweeter level by adding a cinnamon and sugar topping before baking the bread. If you love banana bread, try my Banana Zucchini Muffins, another moist and delicious treat!

I have always been a fan of banana bread, and the more ‘banana-y’, the better! In fact, I have quite a few forms of banana bread recipes, including The Best Banana Muffins and Buttermilk Banana Bread. They are all great to have with your morning cup of coffee or as an easy snack to eat anytime! The added cinnamon and sugar topping for Cinnamon Banana Bread just makes this treat that much sweeter. 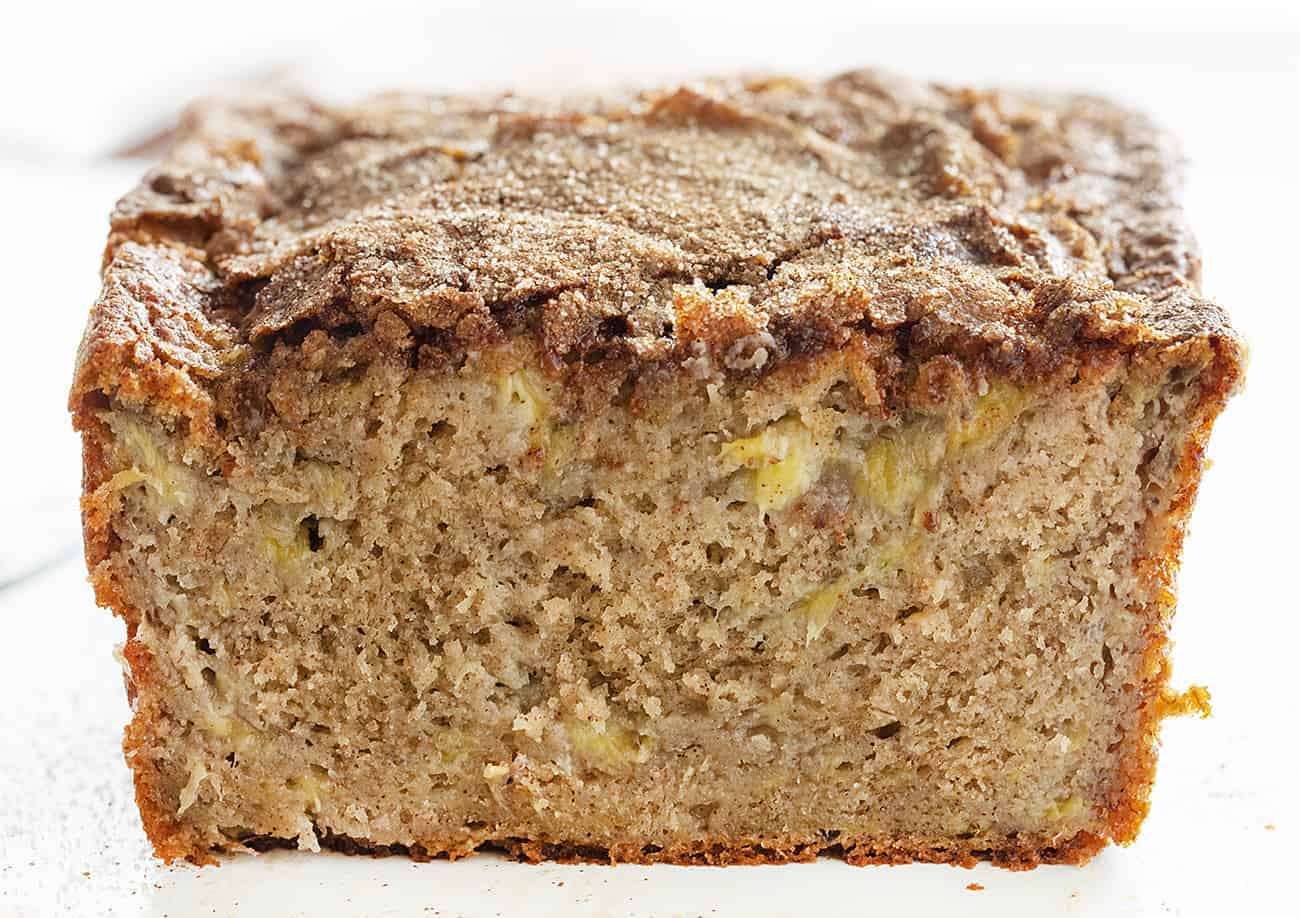 How to Make Cinnamon Banana Bread

Banana bread is one of the most searched bread recipes out there, if not THE most. Baking banana bread became popular in the early 1930s when people were using everything they had, even rotten bananas to make food. Then, baking soda and baking powder became widespread, making this bread a ‘quick bread’ and featured in many cookbooks. With the popularity of Banana Bread, it’s no wonder there are so many variations of the bread, including this Cinnamon Bread, Chocolate Chip Banana Bread, and Cream Cheese Banana Bread. All of the recipes are delicious and it comes down to a moist crumb.

To make Cinnamon Banana Bread, preheat the oven to 350°F and follow these simple steps: 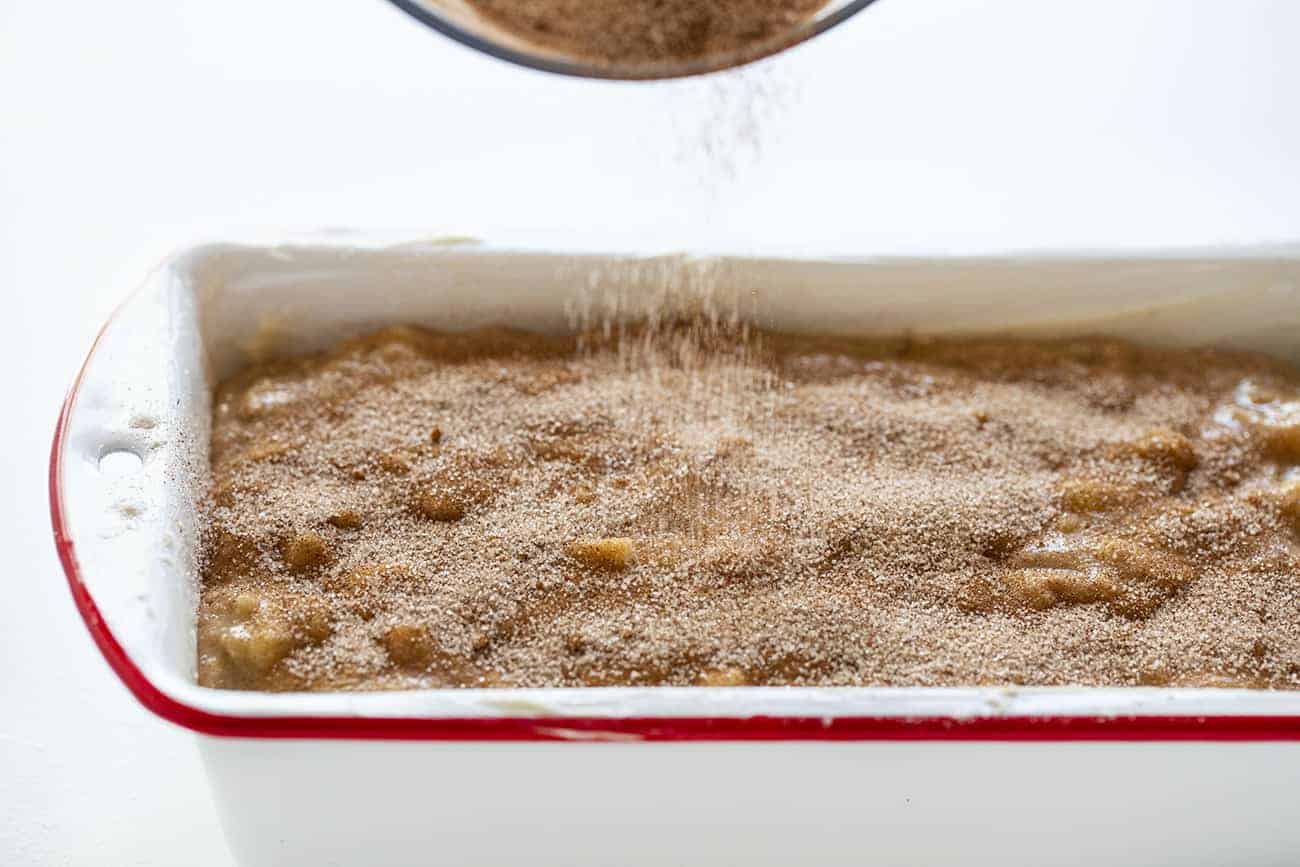 Freshly baked banana bread will keep well for about 1 week in the refrigerator. To maximize the shelf life of banana bread, cover with foil or plastic wrap and place in a plastic bag to prevent drying out. I like to cover with a piece of parchment paper and then place it in a sealable plastic bag. Freshly baked banana bread will last for about 1 to 2 days at normal room temperature. (We are lucky if a loaf lasts longer than a day!) 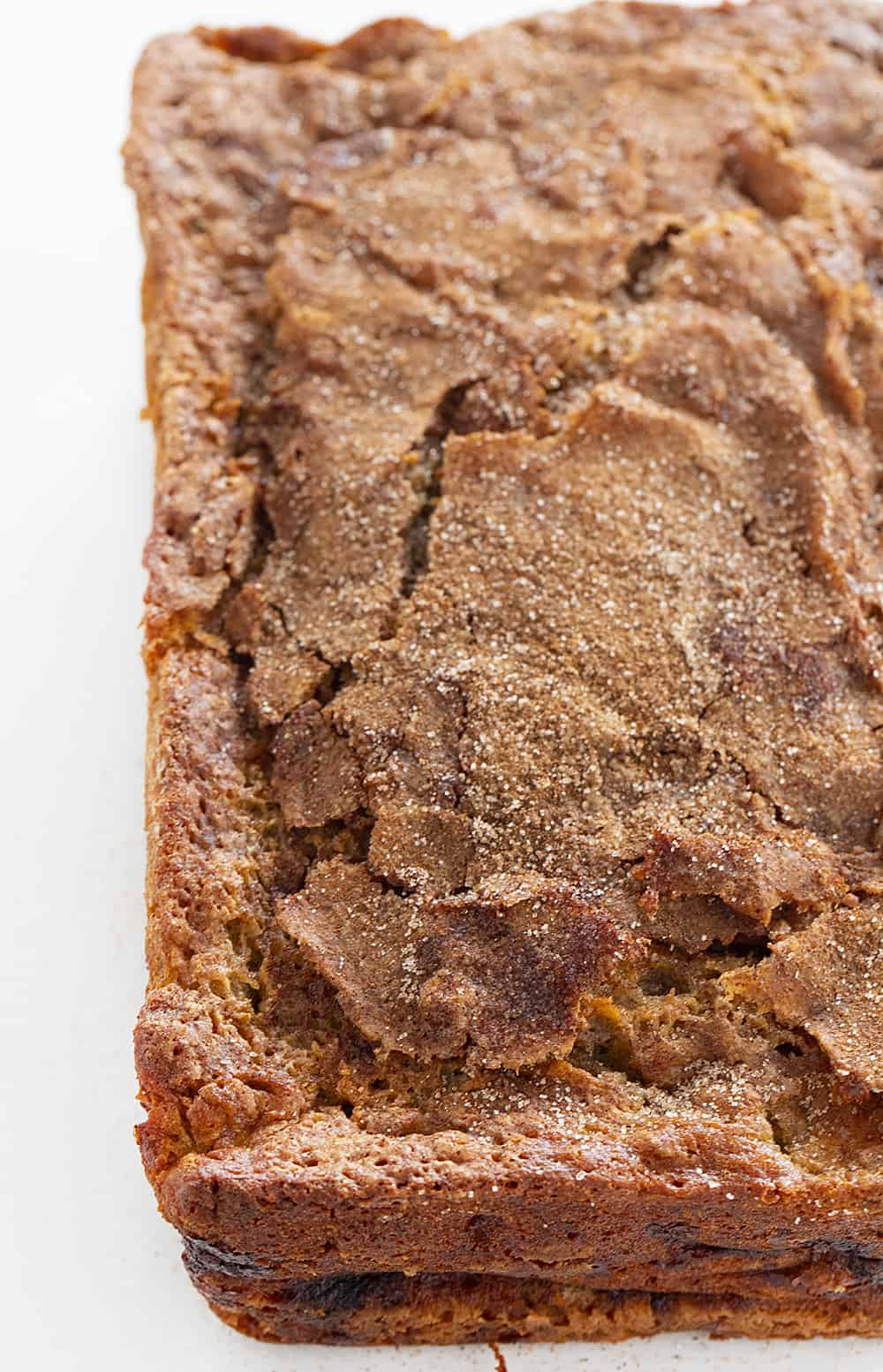 Can you freeze Cinnamon Banana Bread?

Yes! You will want to make sure you allow it to cool completely.  Just wrap the banana bread tightly with aluminum foil or plastic freezer wrap and place in a heavy-duty freezer bag. If you prefer not to use foil directly on your bread, wrap tightly with parchment paper, then place that into a sealable plastic bag. Be sure to label it with the date.  Bread is typically good for three to six months in the freezer, but the flavor will start to dull after about 1 month.  To thaw bread, take it out of the freezer and set it on the counter.  Allow it to reach room temperature before you take it out of its packaging.  It will re-absorb some of its moisture this way. 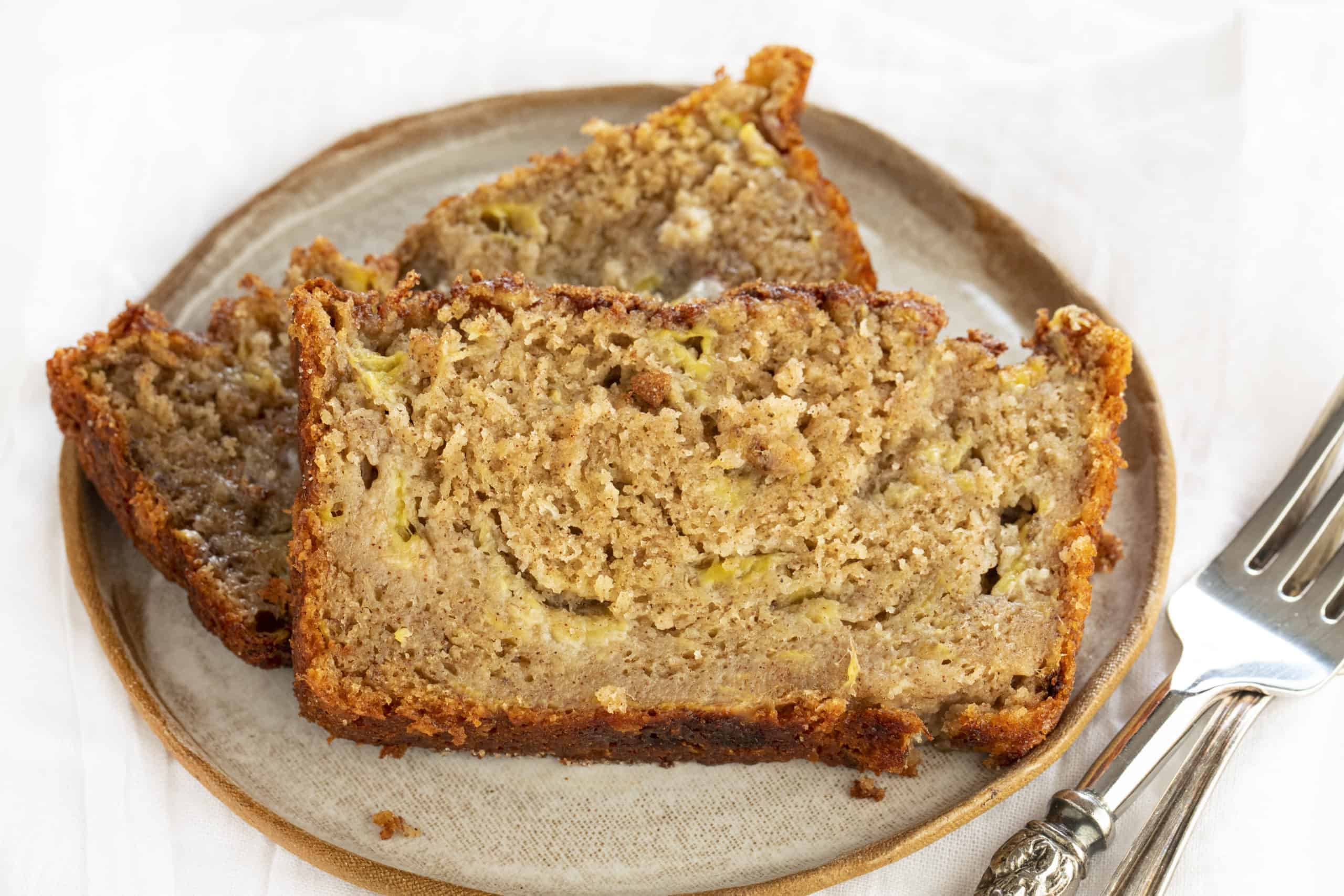 Looking for Other Banana Recipes? 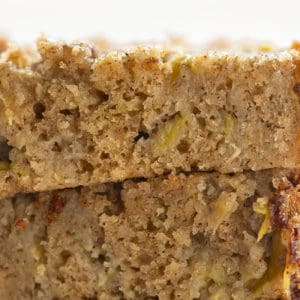 Make your Banana Bread stand out by baking on a sweet, cinnamon and sugar topping!