Cinnamon Sugar Donut Muffins are perfect for your next coffee break or a quick bite to satisfy your sweet tooth! Combining a donut and a muffin makes total sense to me! Try my Pumpkin Cinnamon Rolls for another easy to make, delicious morning or anytime treat!

Would you like a donut or a muffin? Hmmmmm…such a hard decision! Well, I have figured it all out for those of you that can’t decide–how about a combination of the two? And, while I am at it, I could add that Cinnamon Sugar Donut Muffins have a hint of a mini-donut-like taste. Have I gotten your attention now? Plus, these easy to make, and if you feel guilty, just make them a mini size! 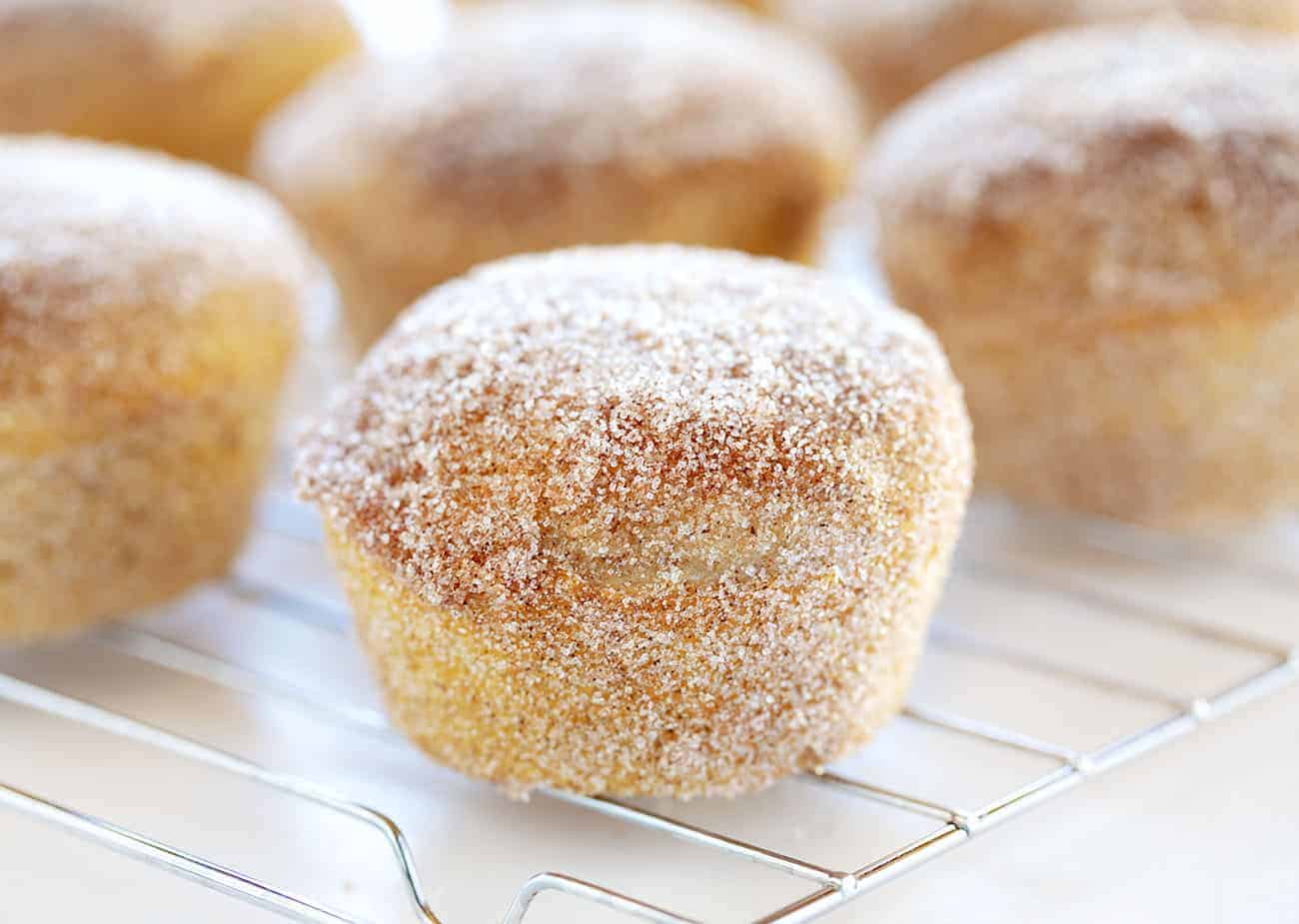 I feel like these Cinnamon Sugar Donut Muffins are a step up from my go-to cinnamon and sugar covered toast in the morning. They have the same great flavor, but are just a little more fun to eat! Watch out, though! Both kids and adults love these treats, so put some away for yourself before other hands and mouths get to them! Not that you need another reason to make these muffins, but I bet you have most of the ingredients on hand to make them! Bonus, I know! 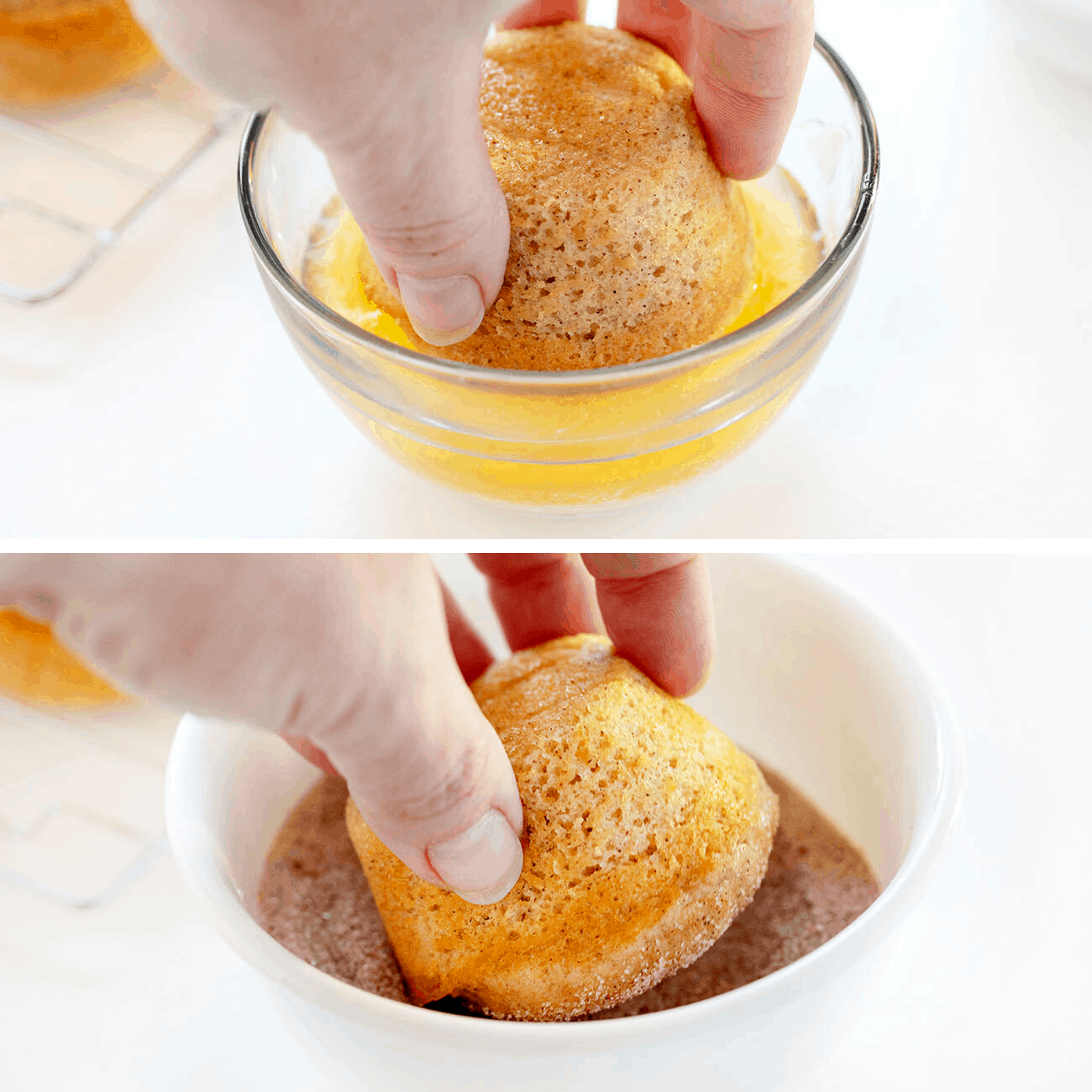 Cinnamon Sugar Donut Muffins are really easy to make, and go so well with coffee, tea, or milk! To get started, preheat the oven to 350°F. Combine the flour, sugar, baking powder, salt, and cinnamon in a large bowl. In a smaller bowl, mix the rest of the muffin ingredients. Pour the milk mixture into the flour mixture and stir until there are no lumps. Fill a greased muffin tin with the batter and bake the muffins for 20-24 minutes. Carefully take them out of the oven to sit for a few minutes before removing them to a rack to cool. The final step is to add the cinnamon and sugar topping. Dip the tops of the muffins into the melted butter and then roll the tops into the cinnamon sugar. I admit I am usually a top of the muffin fan, but I ate the entire muffin with no problem! 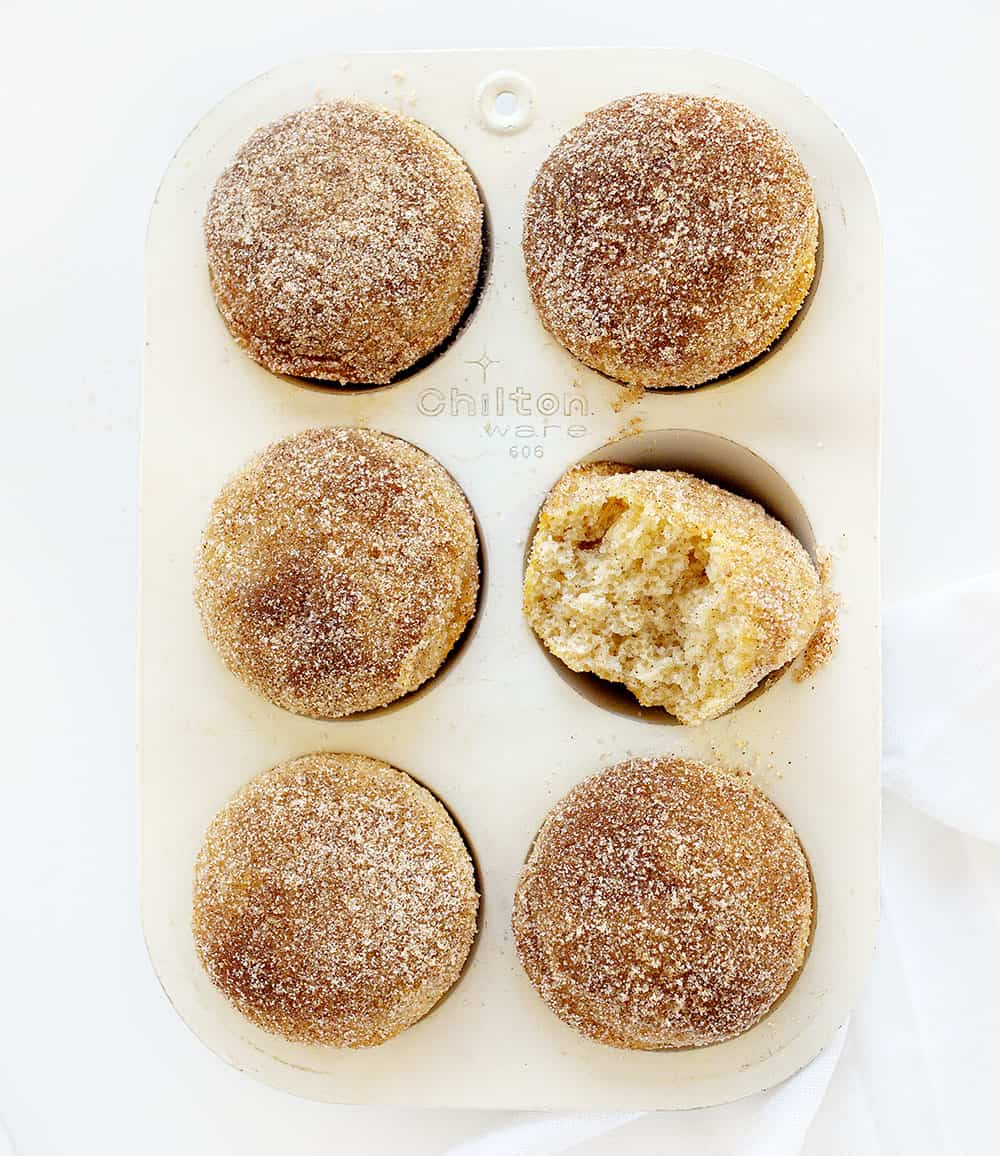 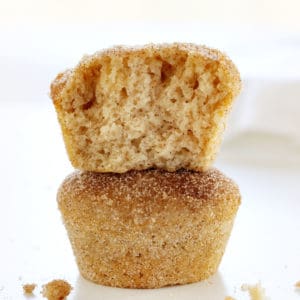 Cinnamon Sugar Donut Muffins blend the taste of your favorite sugar donut with a cinnamon-flavored muffin. 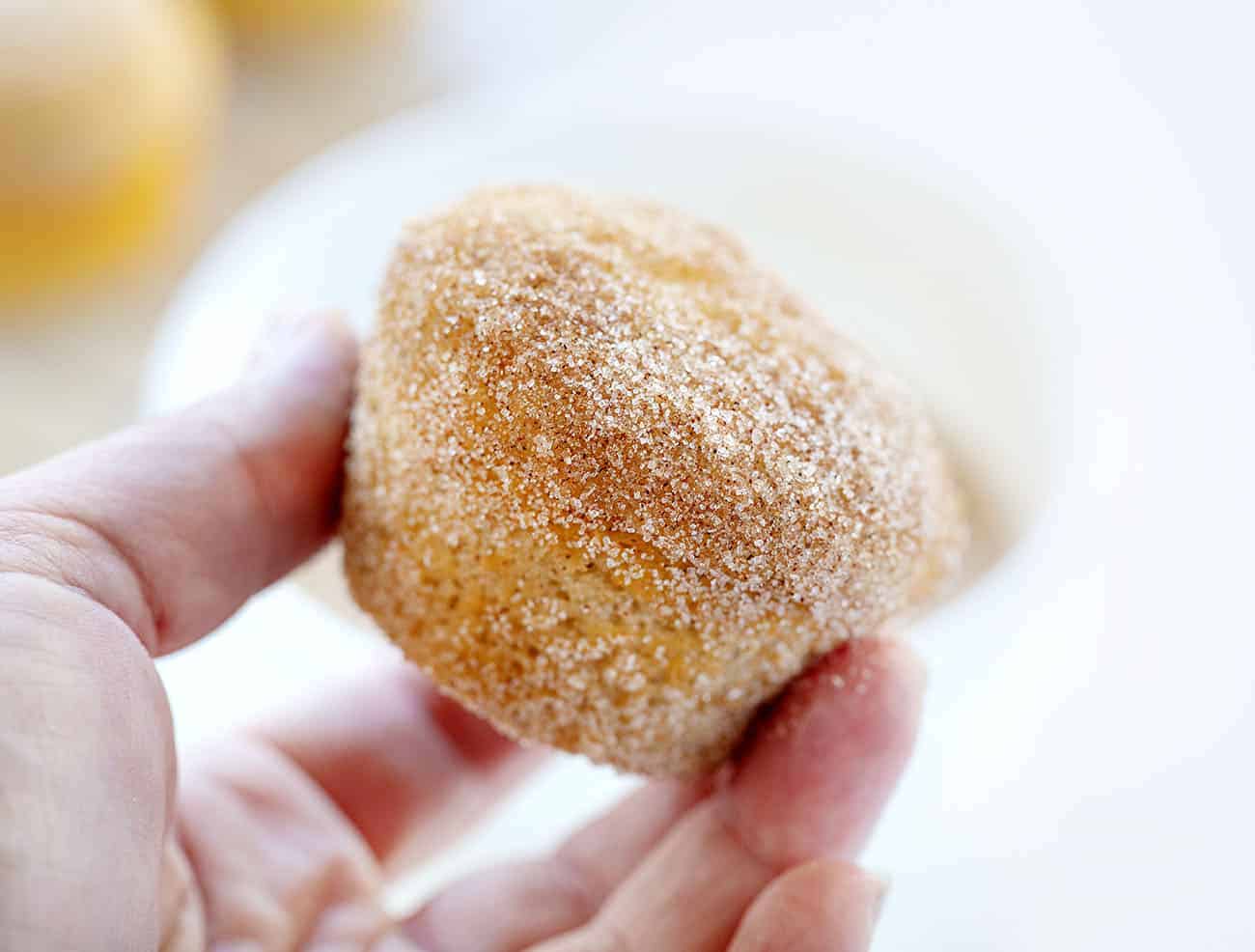 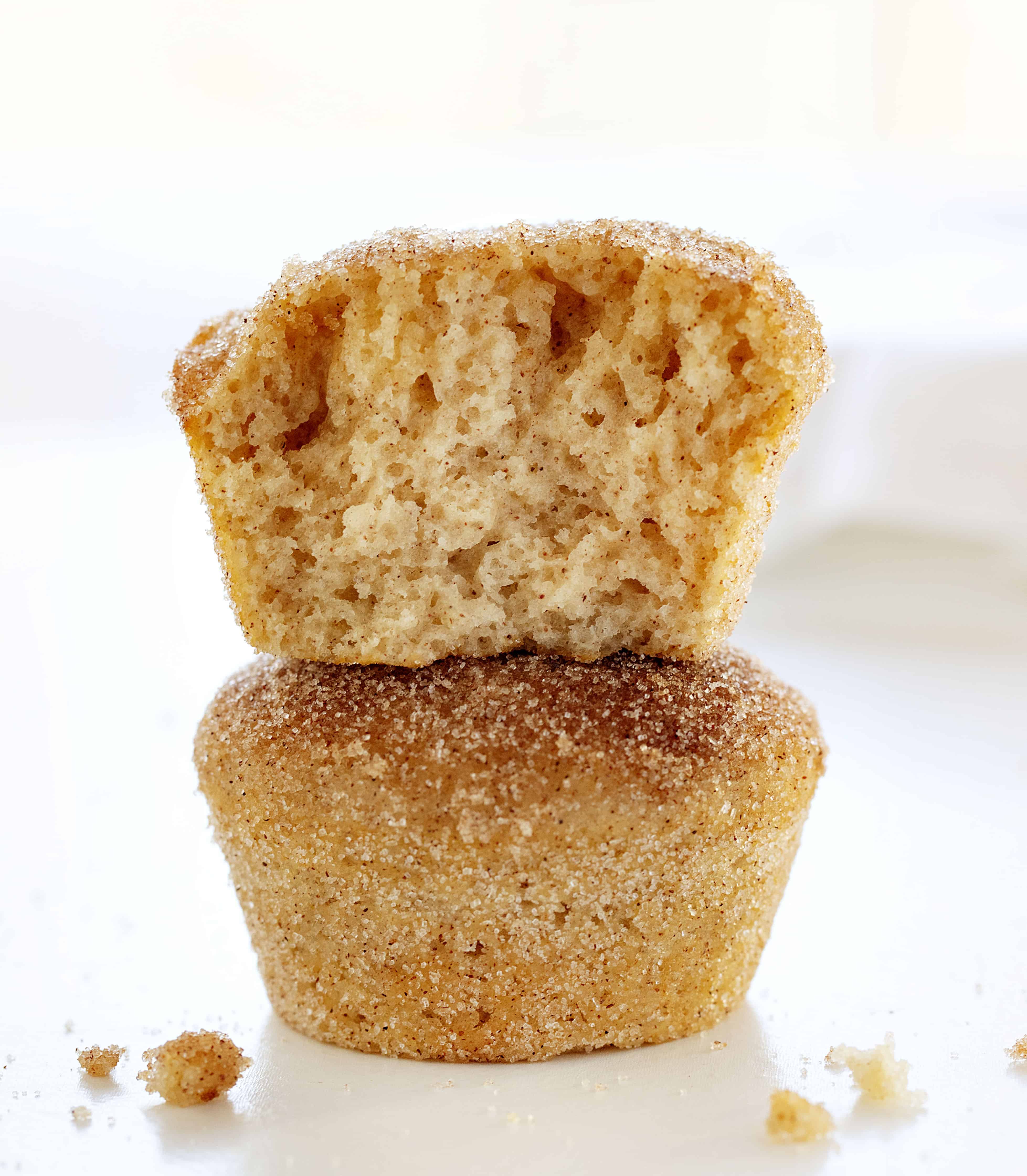