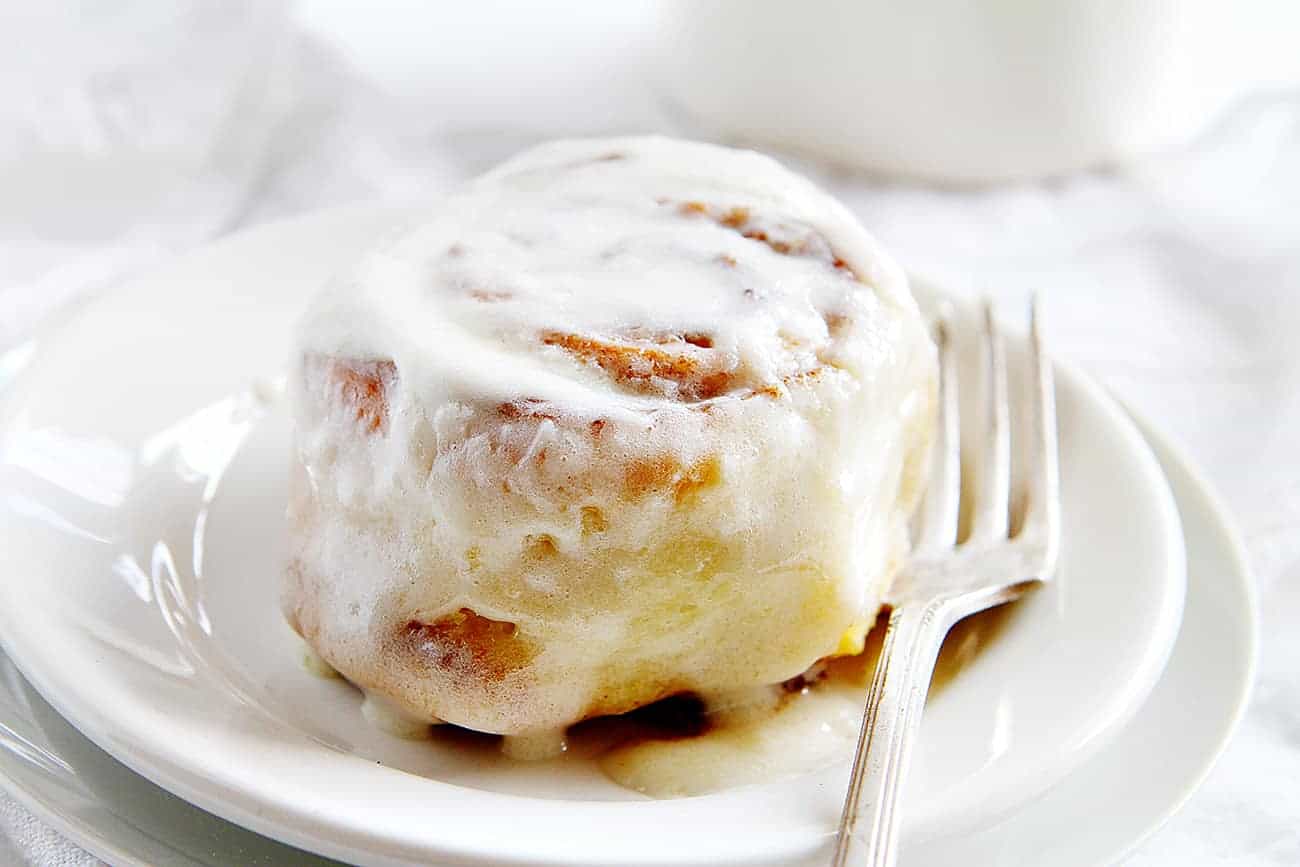 I stood in front of my refrigerator for what seemed like hours, staring at the same left-over containers and condiments almost willing there to be something new and exciting.

I had pizza dough but no pepperoni. I had taco meat but no shells.  I had plenty of ketchup (I just canned a bunch of homemade stuff) but nothing to put it on. I think you get the idea… But, there was a package of cream cheese in there… maybe I could make a semi-homemade version of cinnamon rolls with that pizza dough? Except I just used the last of the cinnamon this morning on toast. Sad trombone.

Out of the corner of my eye, I just happened to see some Pumpkin Pie Spice on the counter. I am not in full-blown FALL mode yet, although everybody else is! But at that moment, the idea of Pumpkin Pie Cinnamon Rolls for dinner sounded nothing short of amazing. 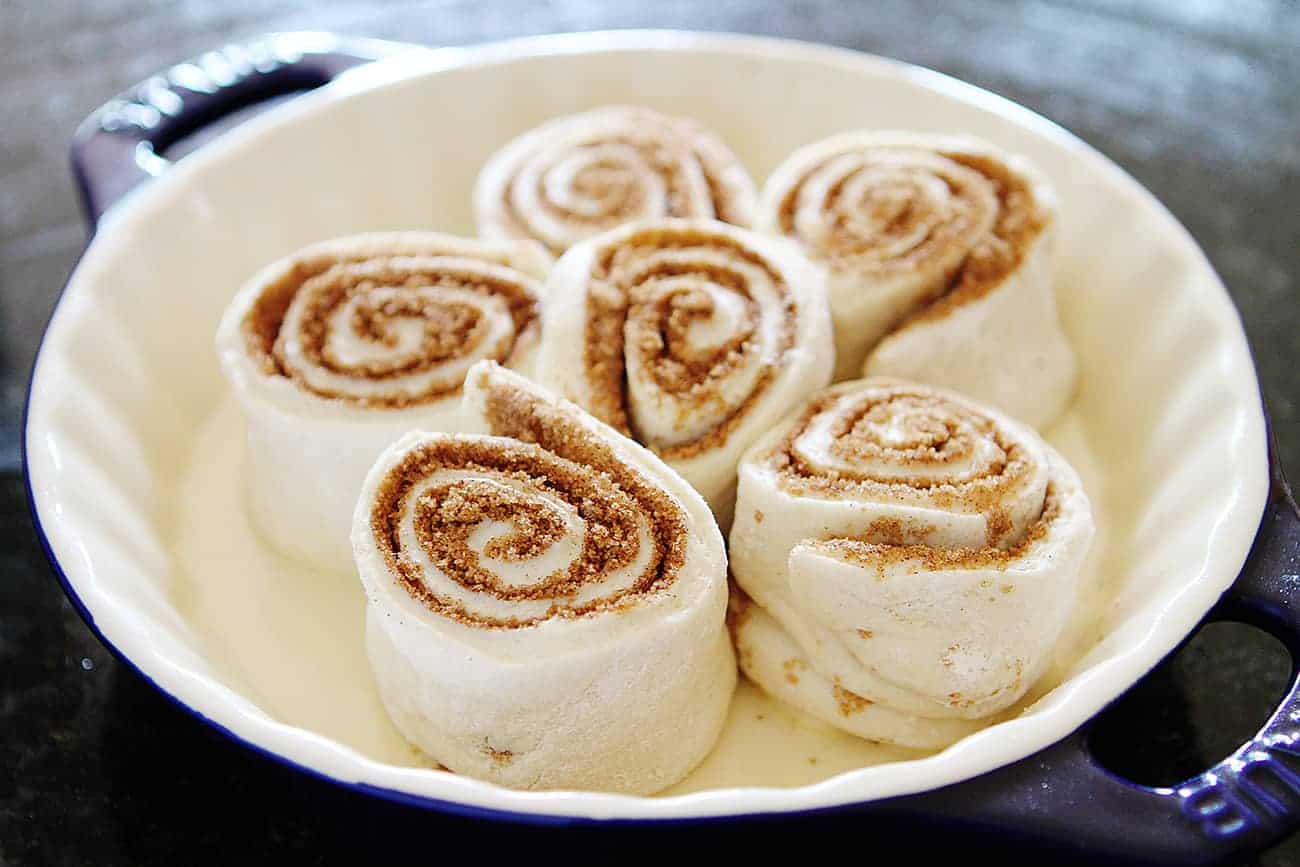 I am ALWAYS craving cinnamon rolls, but too lazy to make up a batch and wait for hours or heaven forbid, overnight. I had just read my friend Kelly’s blog about her pizza dough cinnamon rolls, so I knew it could be done. I set to make it happen! The first batch was delicious and consumed fully within one hour! Pleasedonttellanyone, but I made three more batches just to make sure the recipe was perfect. It was perfect every time! 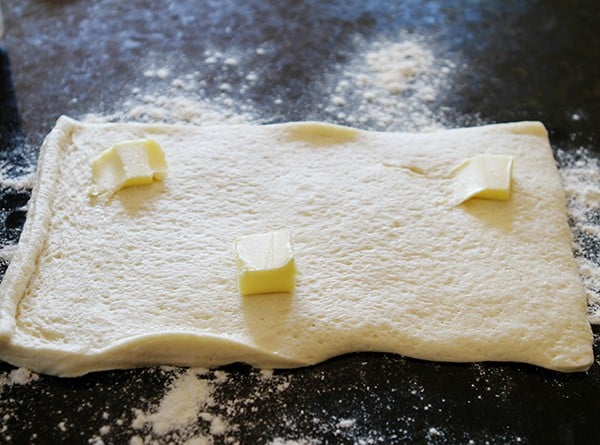 Just in case you don’t have any store-bought dough on hand, here is a quick recipe. It takes about 15 minutes and you are ready to assemble! 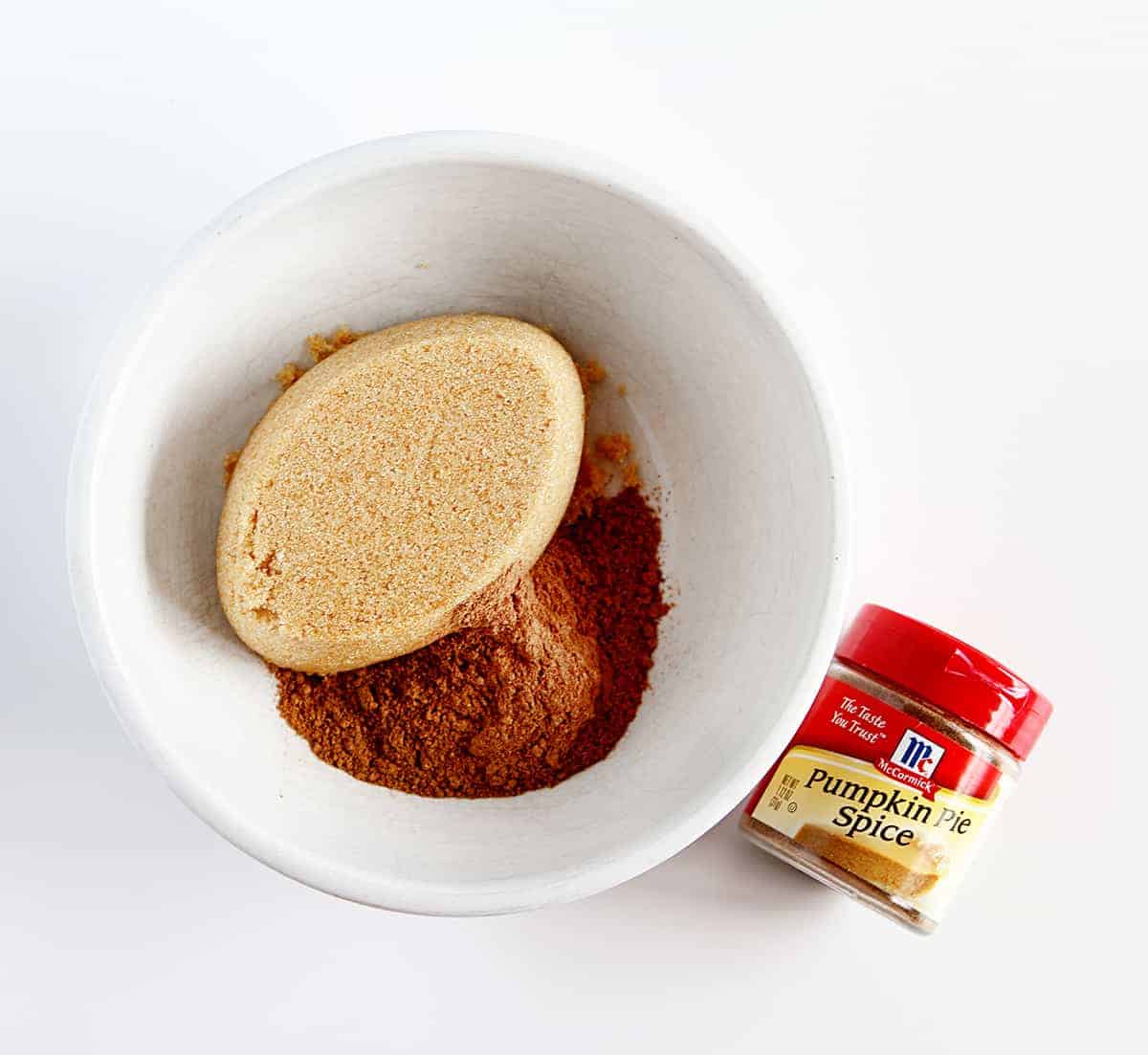 How to Make Pumpkin Cinnamon Rolls

Like I said in the beginning, Pumpkin Cinnamon Rolls are delicious and easy! First, preheat the oven to 350°F. Next, unroll pizza dough and spread butter evenly across. This works best if butter is room temperature or even slightly melted. Then, spread the brown sugar and Pumpkin Pie Spice over the butter. It’s going to seem like a LOT of the brown sugar mixture, which is exactly what I like! You can half it if you prefer a more dainty roll. 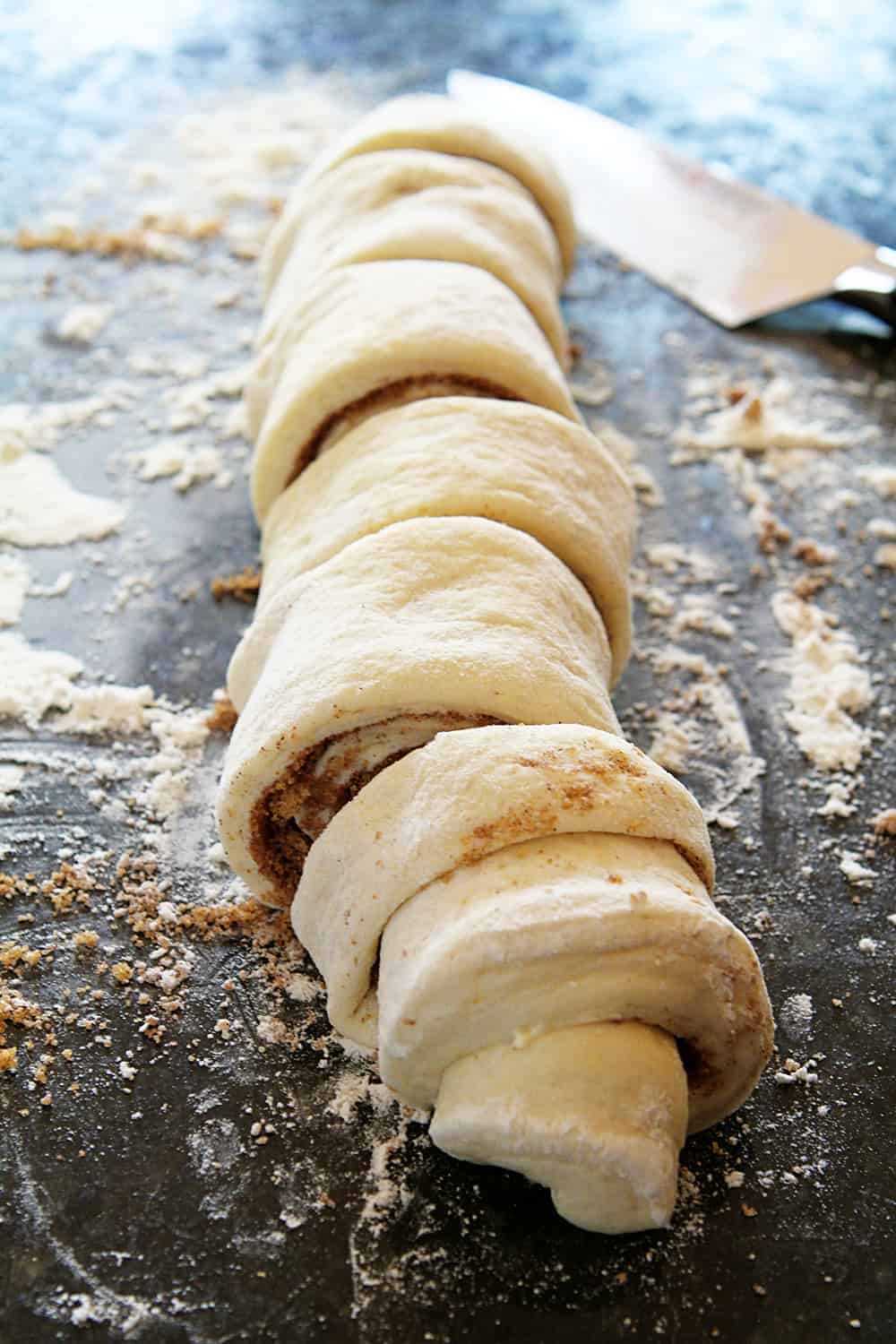 Once you have covered it with the brown sugar mixture, roll it up. You can see I got a little sloppy with my rolling, don’t be like me. Whenever this happens to me (and it happens EVERY time I make rolls) I just set the wonky roll on its wonky end in the pie dish. No one ever knows. 🙂 Cut the roll into six even pieces to be baked for 25-35 minutes.

See? Everything looks even and happy. If you want you can also make sure all the ends are tucked in. The rolls will be nice and brown when done. 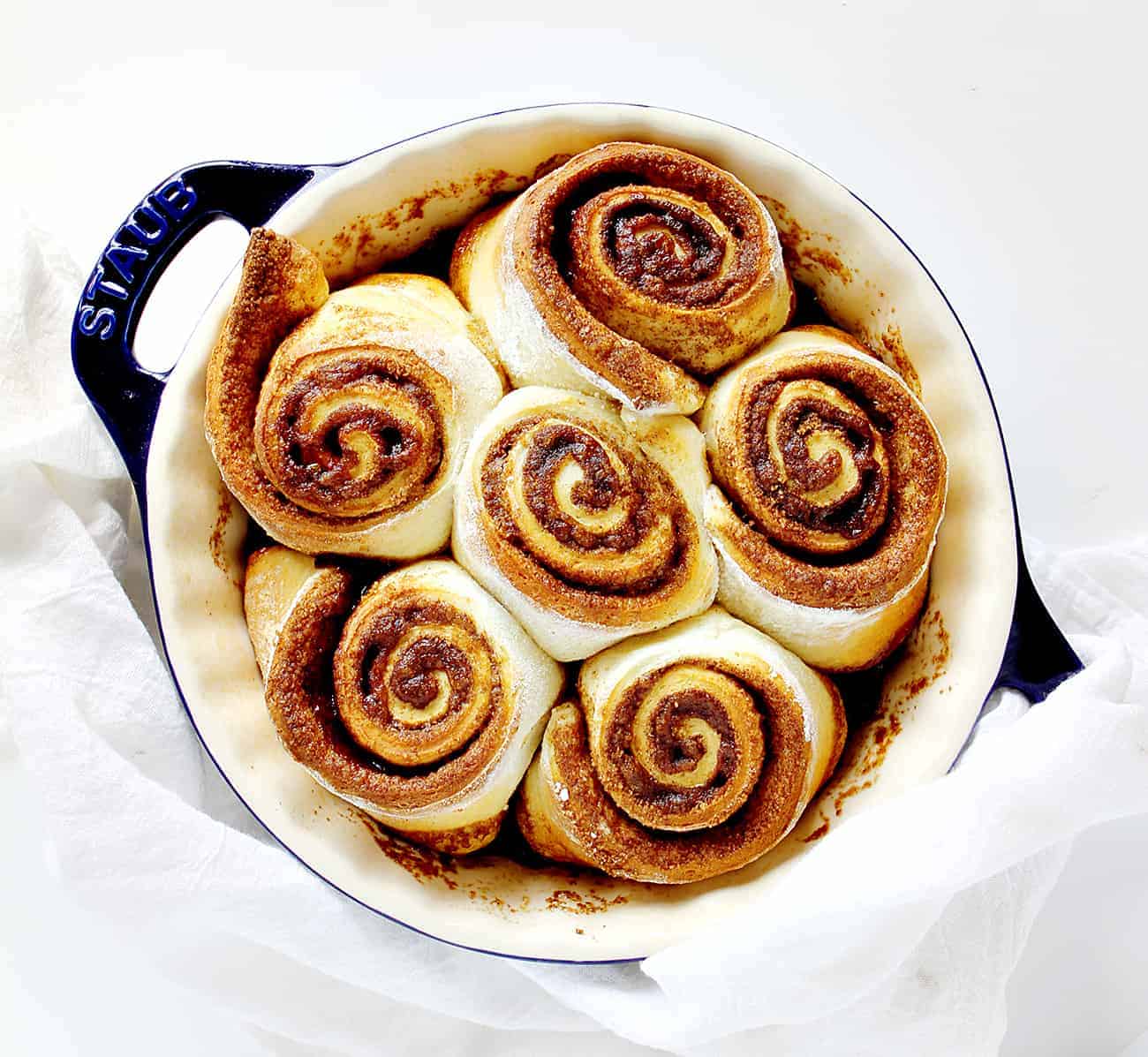 Ok, let’s talk frosting. I have seen this “Copycat Cinnabon Recipe” everywhere and they all say the exact same thing. Mix ingredients and spread over rolls. Um, no. 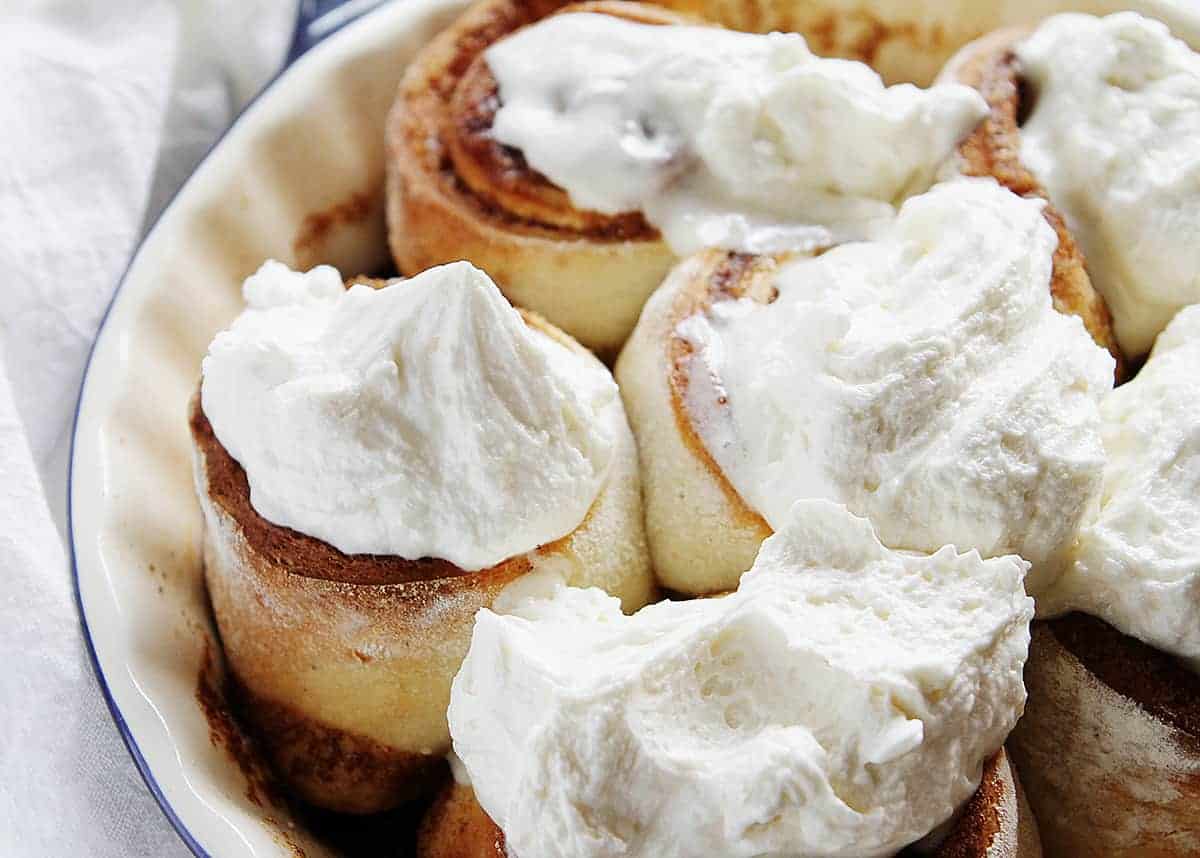 If you are a Cinnabon expert like me, you know that their frosting is LIGHT and FLUFFY. So that is exactly what I have created for you!! And my family. And me. Because I am nothing short of obsessed with these rolls. Look at those rolls and the whipped frosting slowly melting its way over the rolls. That is exactly how it should look. And yes, the frosting will eventually melt entirely over the rolls. 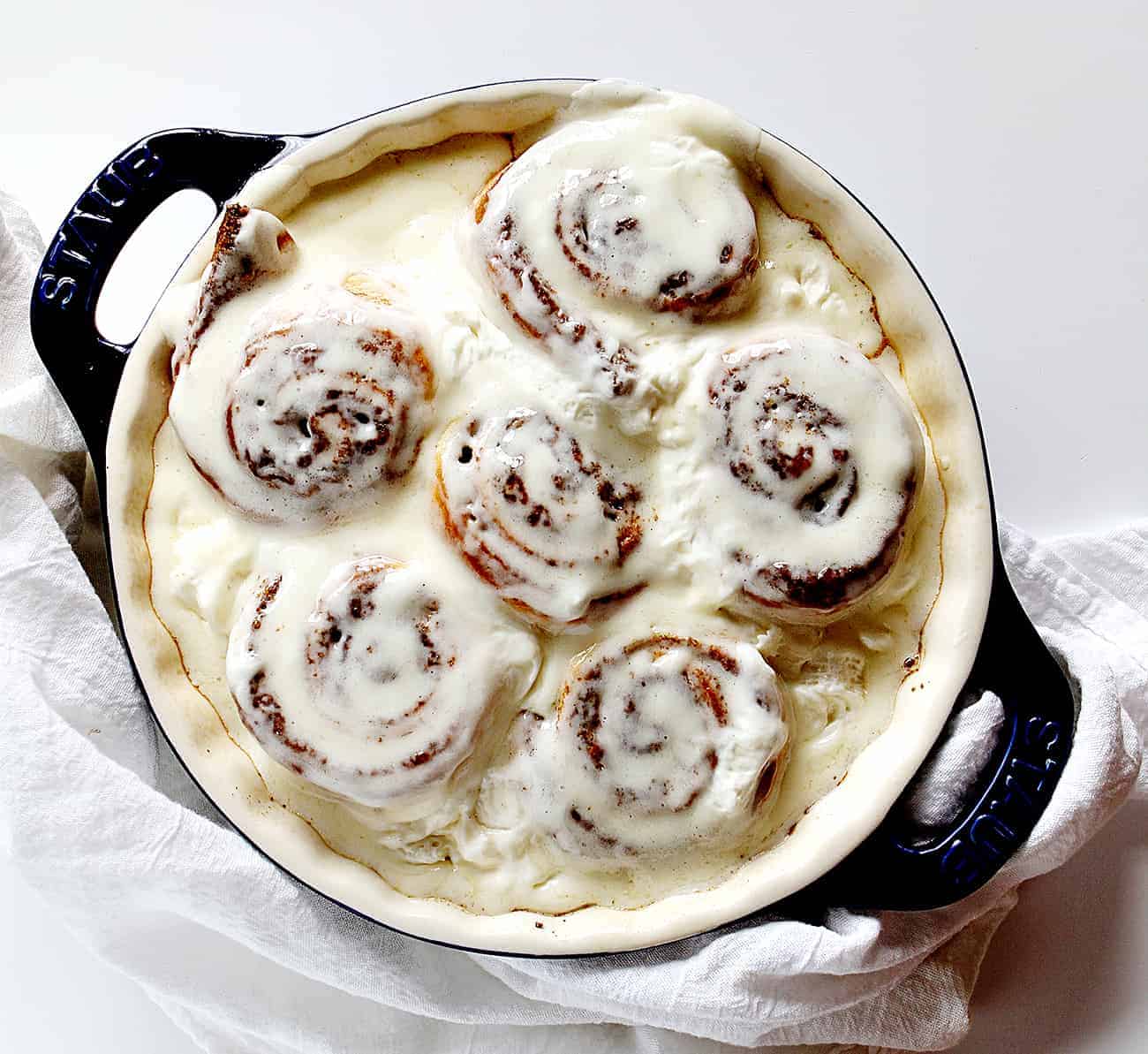 While the rolls are baking, mix together all the cream cheese frosting ingredients. After whipping it in the stand mixer (you may note that I use the paddle and not the whisk–I am not a fan of using the whisk for cream cheese-based recipes.) for at least 4 minutes you will see a very light frosting. JUST LIKE Cinnabon! So please, do not skip this step. Also, be sure to check out the Pure Pumpkin Pie Spice Extract that I have added to the frosting. Not only is the cinnamon roll full of fabulous fall spices and sweetness, but the frosting has been elevated to a level of flavor excellence. 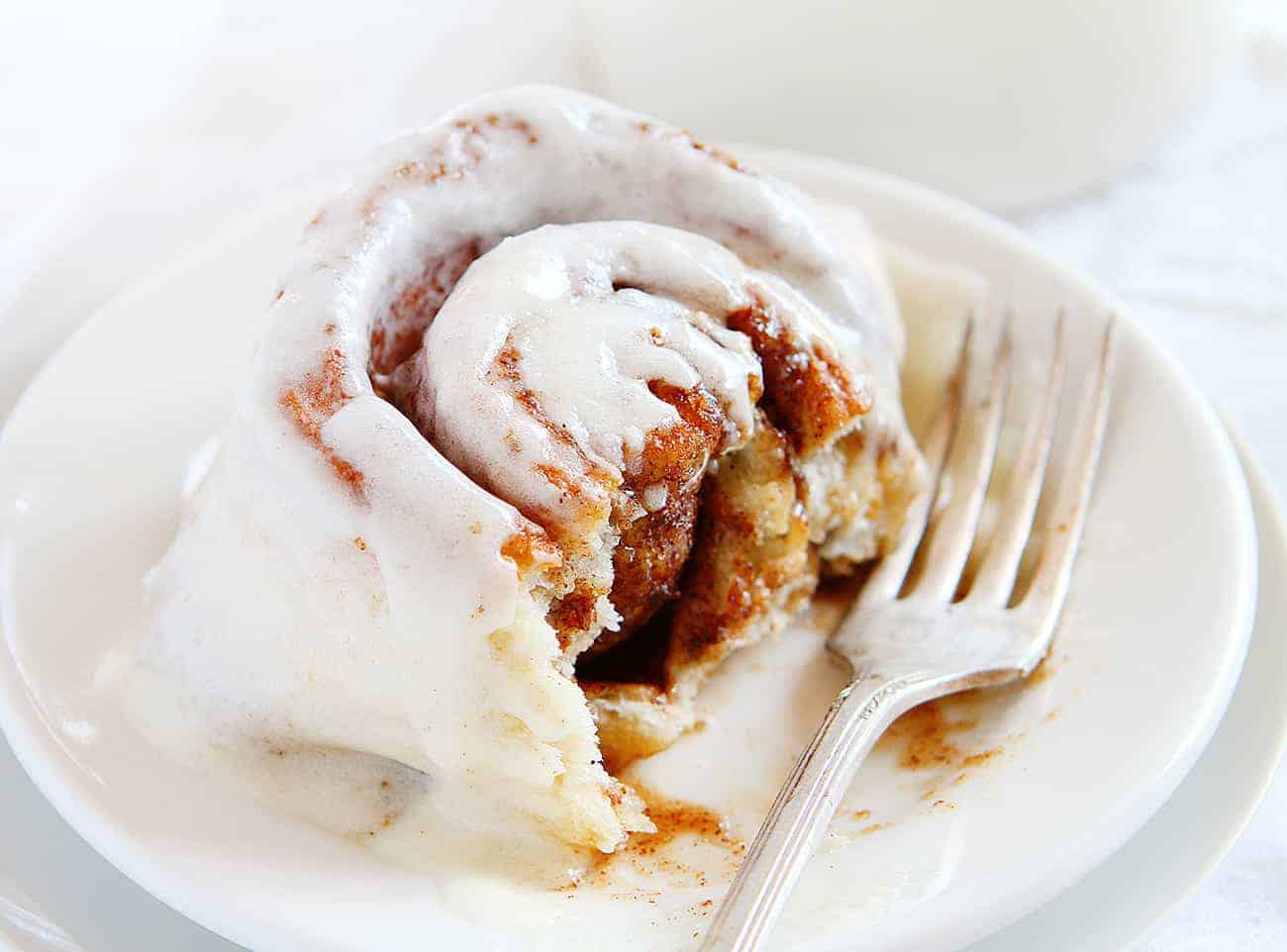 The Icing on the Cake…Oops, I mean Rolls!

I think there is nothing better than a hot cinnamon roll with ooey gooey brown sugar filling and a pumpkin pie flavored cream cheese frosting flowing into every nook and cranny. It’s a mouthful. Literally. 😉 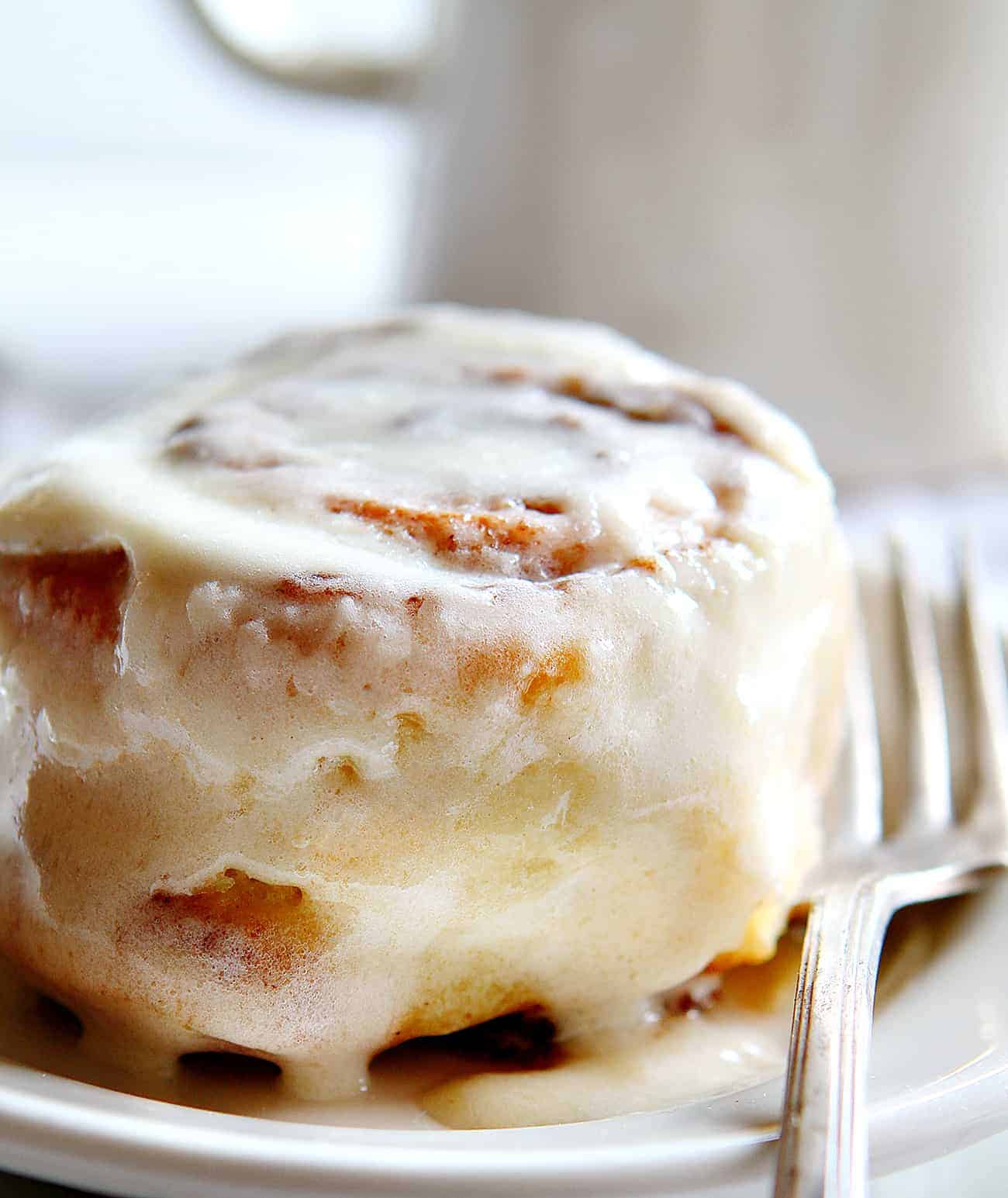 Can I Freeze Pumpkin Cinnamon Rolls?

Note: It took 45 minutes from beginning to end to make this recipe. It takes just a few minutes to assemble, about 30 minutes to bake, and then a couple of minutes to cool. A hot, fresh, tastes-like-homemade cinnamon roll is 45 minutes TOTAL. If you happen to love cinnamon rolls as much as I do, this is kinda the best news ever.

It’s Pumpkin Spice season in our neck of the woods, so here are some fall favorites! 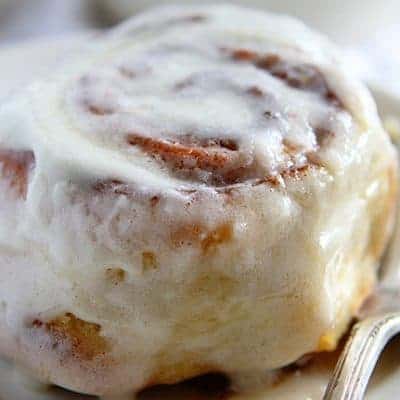 I was inspired to make this recipe based of off the Pure Pumpkin Pie Spice made by McCormick. McCormick has graciously partnered with me to share this recipe with you. Thank you so much for supporting the brands that make this blog possible.