This Breakfast Banana Split gives you all the right excuses to enjoy a banana split for breakfast! Waffles are loaded with three flavors of whipped cream as well as lots of fresh fruit and granola to give you something exciting and delicious to wake up to! For another fun and fruit-filled treat, try my Banana Split Fluff!

The thing that sets this Breakfast Banana Split apart from other banana splits are the three whipped toppings that are made with Bolthouse products. I used the Protein Plus Chocolate Shake, the Strawberry Banana Smoothie, and the Vanilla Chai for the three whipped topping flavors. These are all delicious on their own, but work great in recipes like this one! 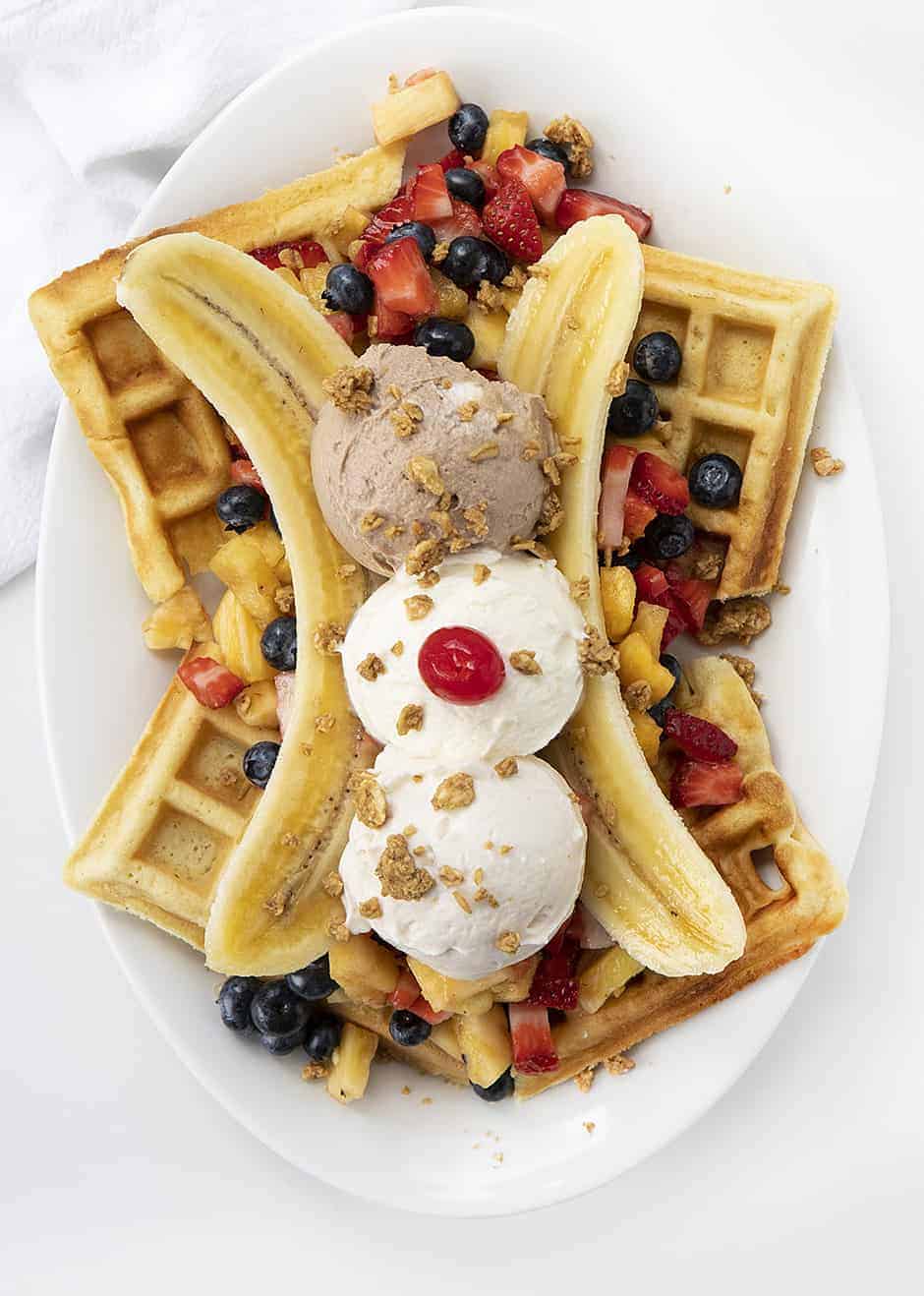 Besides the three flavors of whipped cream in this recipe, the waffles are also loaded with fresh fruit and granola. 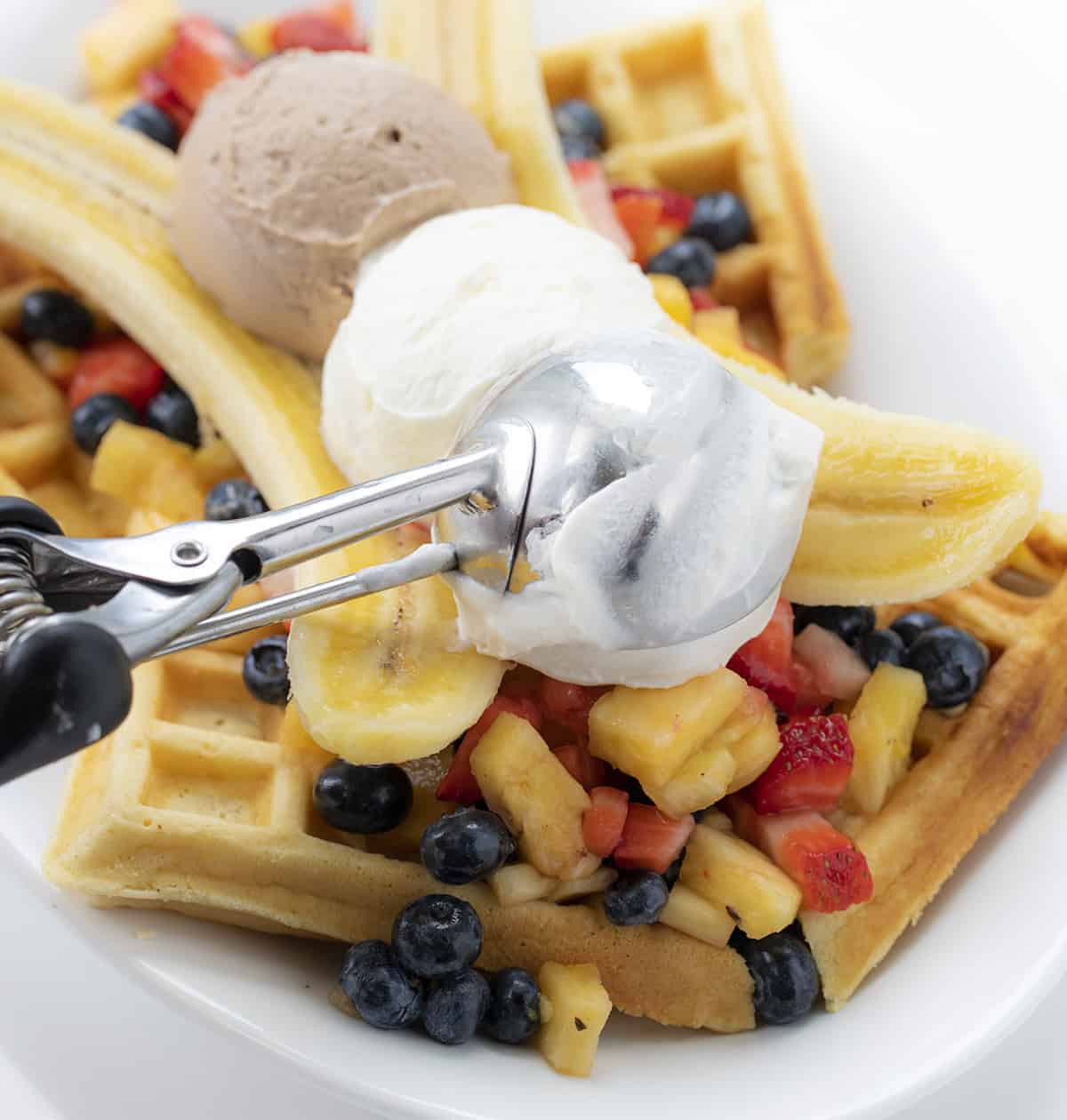 How to Make Homemade Whipped Cream

For all three of these whipped toppings, I used an immersion blender (also known as a stick blender or hand blender). For each flavor of whipped cream, begin by adding the heavy whipping cream to a bowl and using the immersion blender to bring the whipping cream to stiff peaks. Stiff peaks are sharp peaks that can stand on their own even after the blender has been removed.

Once you have the stiff peaks, combine the rest of the whipped cream ingredients to the cream. Blend together until everything is well combined. Store in the refrigerator until you are ready to add it to the waffles. 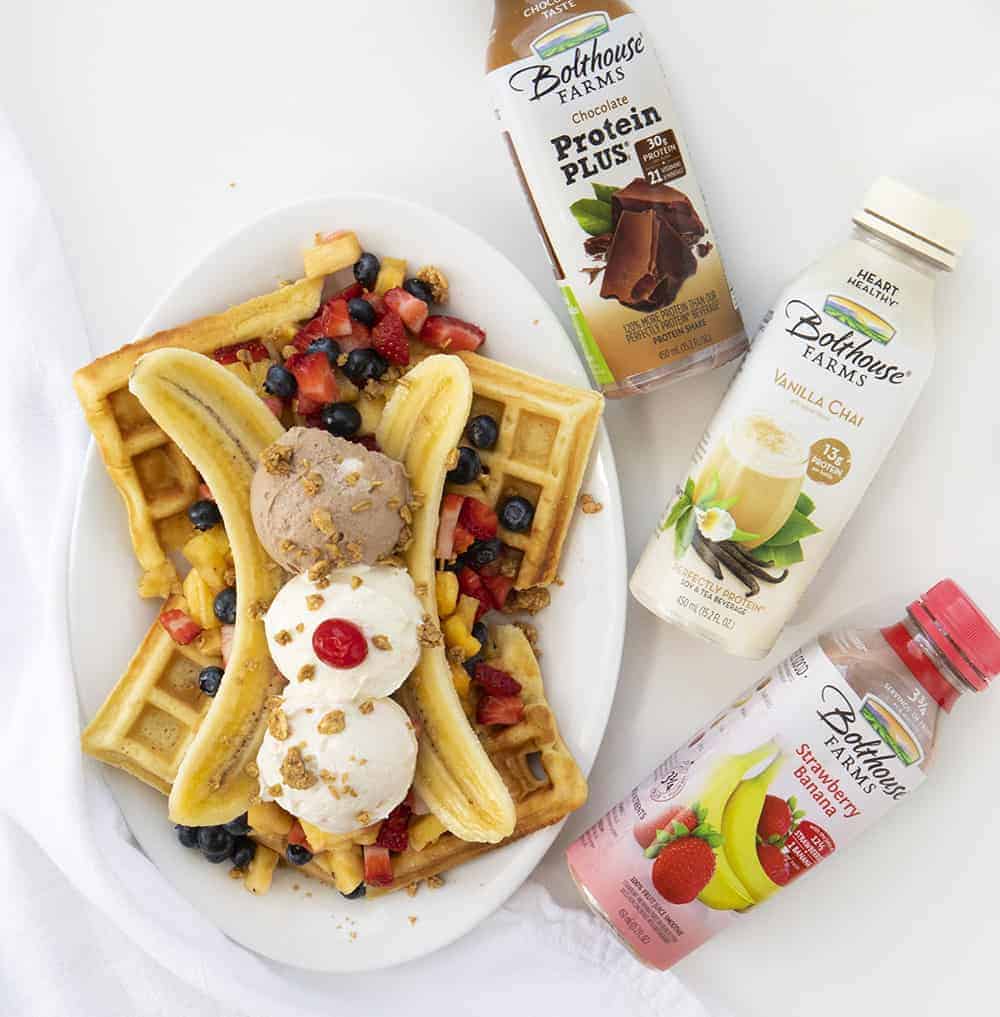 How to Make Banana Split Waffles

To make these waffles, it’s a matter of piling all the banana split flavors onto the waffles. First, cut the 8 square waffles diagonally so you have 16 waffle triangles. You will use 4 triangles per plate, so I set this recipe as four servings. Of course, you can tweak it to as many or as few servings as you need.

Once you have your waffle pieces on the plate, add two halves of a banana, followed by 1/4 cup of each of the following: blueberries, strawberries, and pineapple. Top with one scoop of each of the flavored whipped creams and finish it off with granola and the all-important cherry on top! 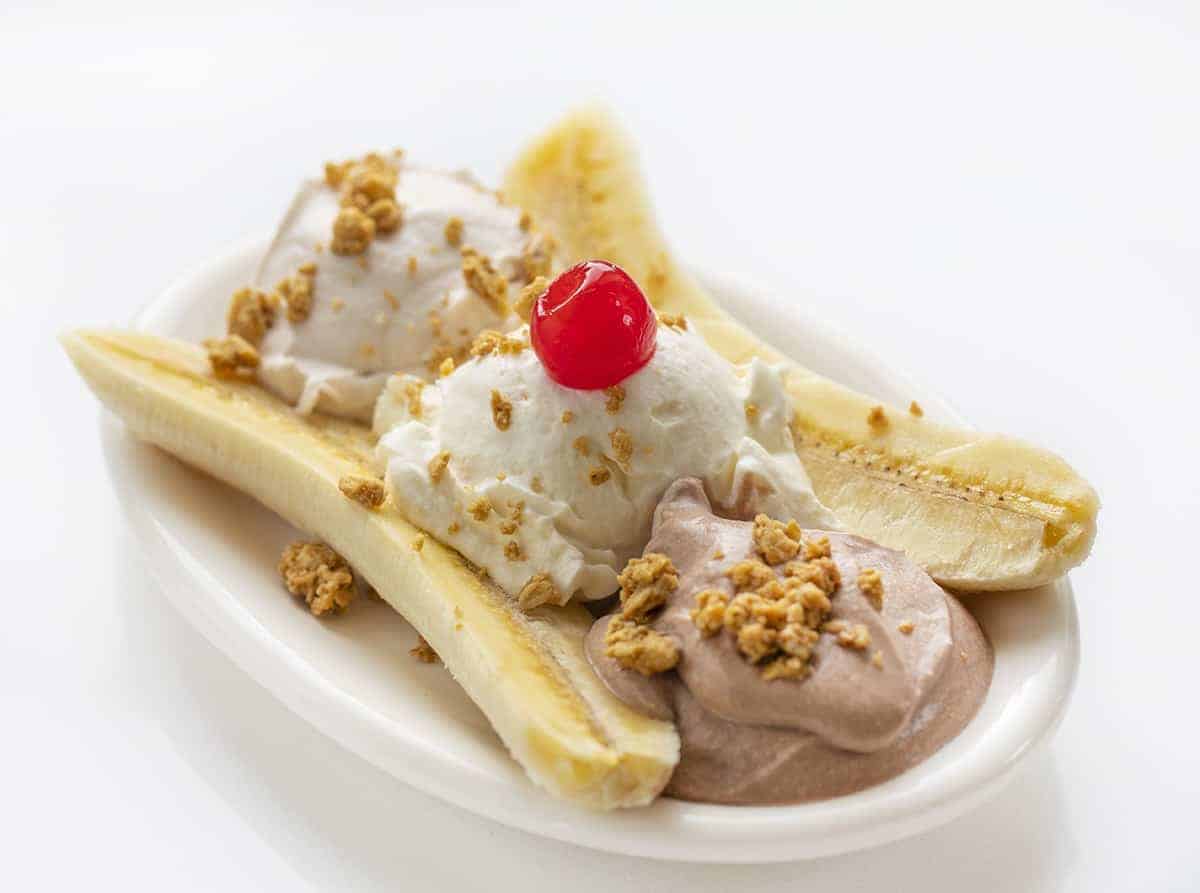 Just in case you were wondering… you can make it without waffles too! I like to add extra granola when I do that. 🙂 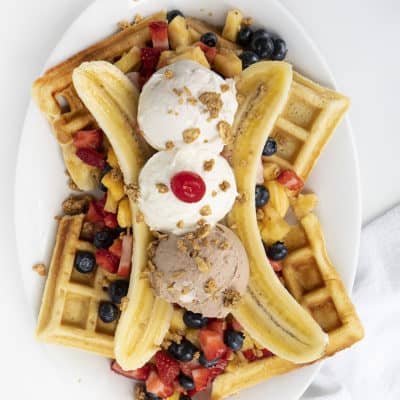