Cookie Dough Brownie Ice Cream is both chocolate and vanilla ice cream with pieces of homemade brownies and edible chocolate chip cookie dough. You will be using half of my vanilla no-churn and chocolate no-churn ice cream recipes to get started.

This recipe had me at cookie dough and brownie. But then, with both vanilla and chocolate ice cream added, I was in dessert heaven. It’s like getting four sweet treats in one bowl!

Heavy Whipping Cream: Heavy cream will be whipped into stiff peaks; then, it will be equally divided into two bowls–one for vanilla ice cream and one for chocolate ice cream.

Edible Cookie Dough: You can buy edible cookie dough to use in the ice cream; or, make your own!

Brownies: Again, like the cookie dough, you can add store-bought brownies to the ice cream, or make a homemade batch.

Once you have both the chocolate and vanilla ice cream mixtures ready, it’s time to pour them into the chilled loaf pan. Using both hands (one flavor of ice cream in each hand), simultaneously pour the two into the pan.

After pouring the ice cream into the pan, top it with both the brownie and cookie dough pieces. Using a spatula or knife, swirl all of the ingredients together. Place the pan in the freezer to chill.

If you have ever had Ben and Jerry’s ‘Half Baked’® Ice Cream, you know what to expect when you take a bite of this frozen treat. Half chocolate, half vanilla, with the fudgy brownies and cookie dough. But, all of the parts of this ice cream can be made by you!

Can I Make Cookie Dough Brownie Ice Cream Ahead of Time?

Can I Make this with Only Chocolate or Vanilla Ice Cream?

How to Store No-Churn Ice Cream 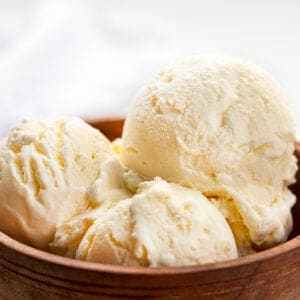 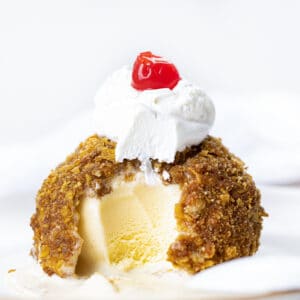 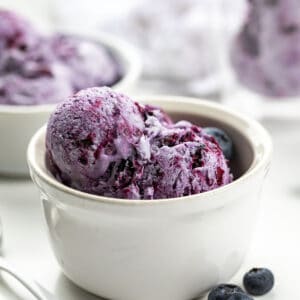 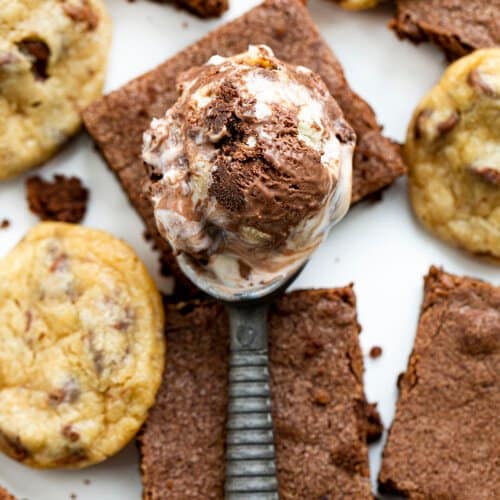 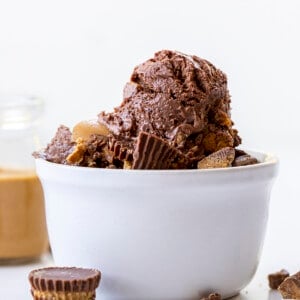 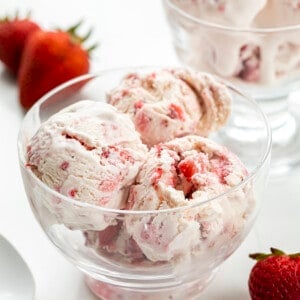 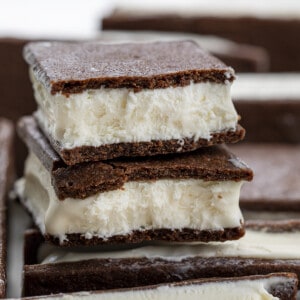