Frozen S’mores are a sweet treat with graham crackers surrounding layers of a cream cheese and marshmallow mixture with a layer of chocolate pudding. For another s’mores treat, be sure to check out my Frozen S’mores Cheesecake.

S’mores, formerly known as ‘some mores’ are a classic treat made around a campfire. Roasted marshmallows and chocolate are put between graham crackers for an ooey-gooey treat. For Frozen S’mores, there is no need to build a fire to get the same great flavors. These are perfect for those hot summer days! 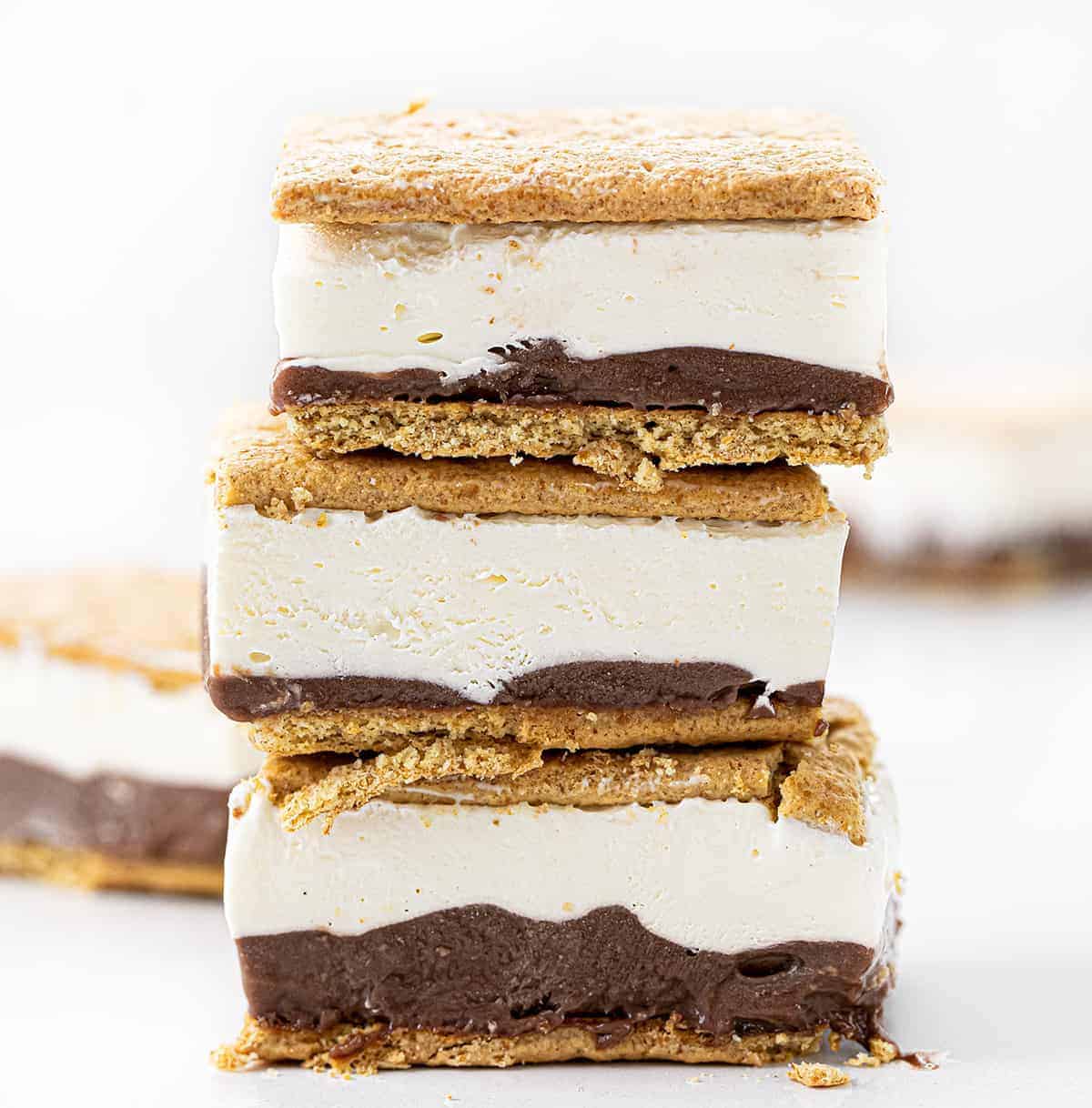 This recipe has a couple of extra ingredients to blend with the marshmallow part of the treat. But, you will still get that classic s’more flavor in every bite, and you will want to have ‘some more’! 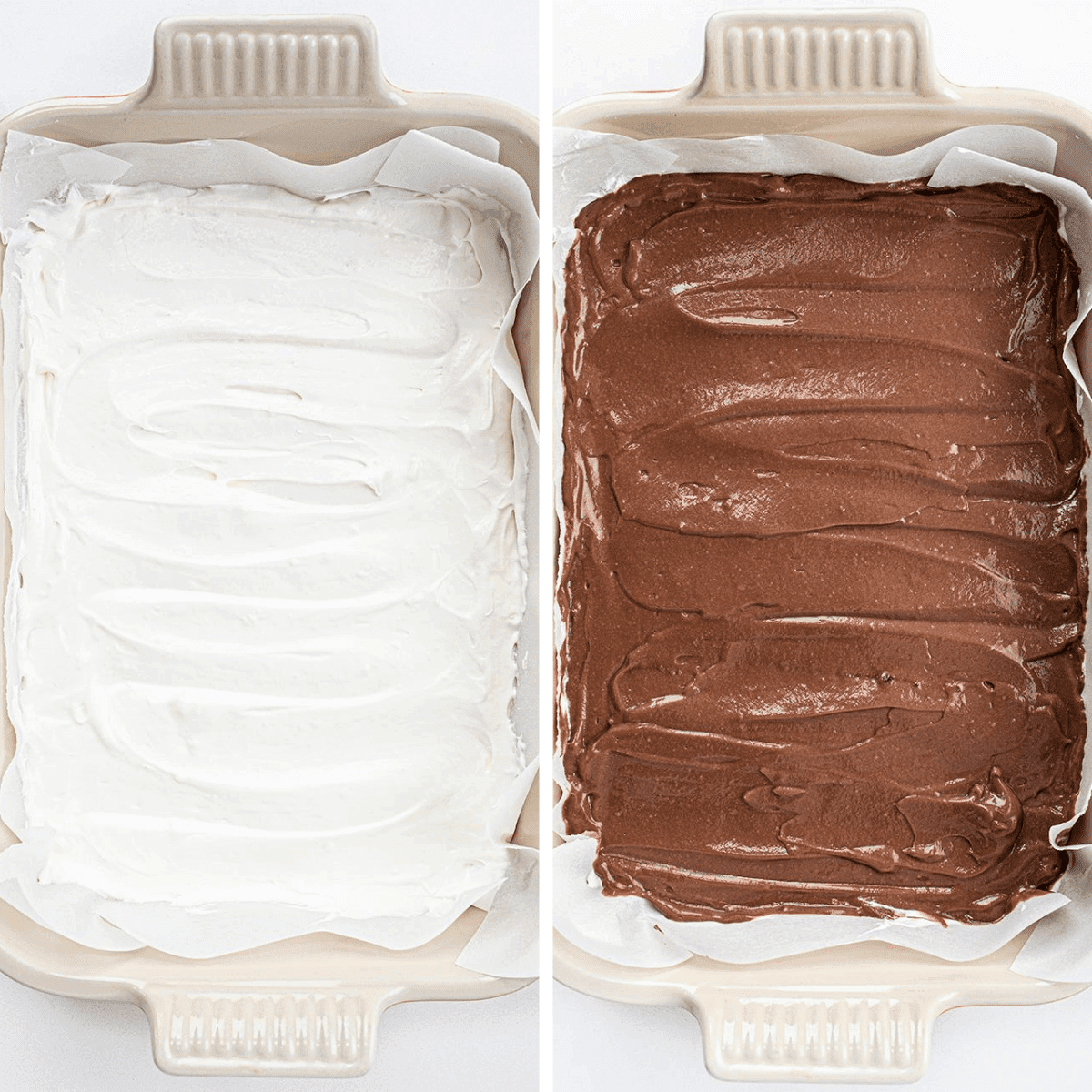 How to Make Frozen S’mores

The first thing to do with this recipe is to line a 9×13-inch pan with parchment paper. Make sure to get the paper up the sides of the pan as well. Next, combine the cream cheese, marshmallow fluff, and cool whip in a medium bowl. Then, pour the marshmallow mixture into the prepared pan. 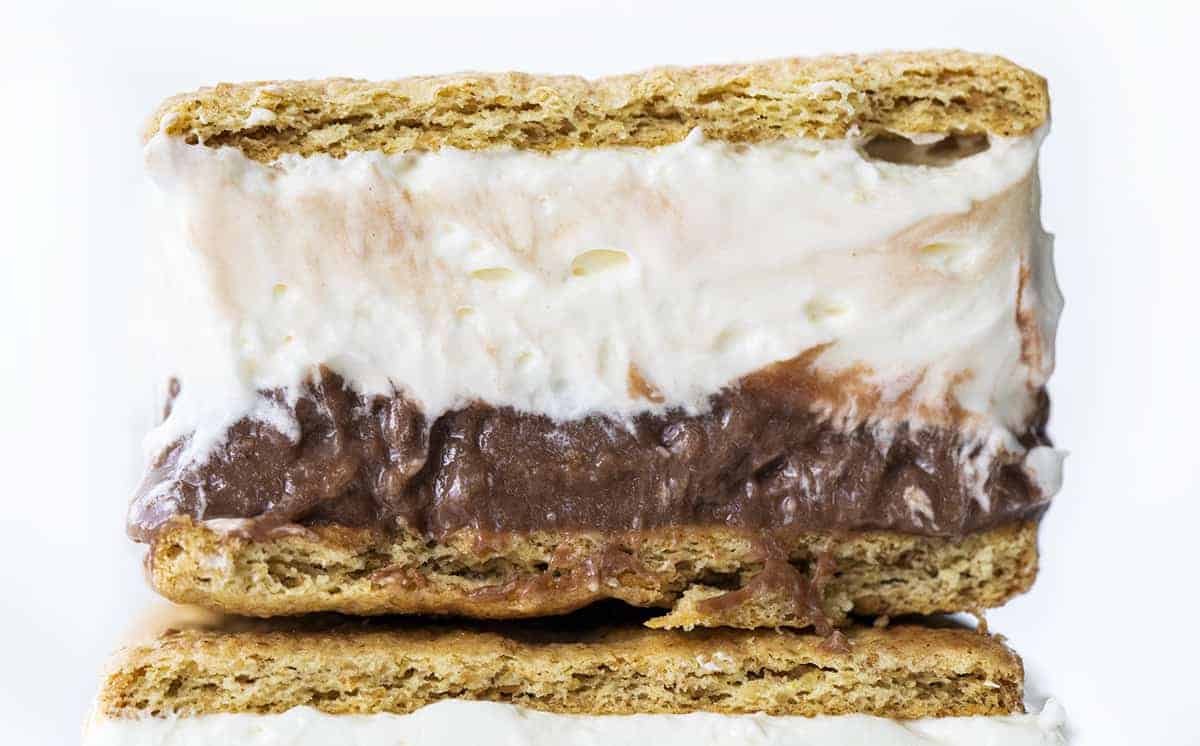 Use the remaining 12 squares of graham crackers to top off the dessert. Cut them into twelve squares and serve cold. Frozen S’mores are each like a s’more sandwich. Store any leftovers in the freezer. 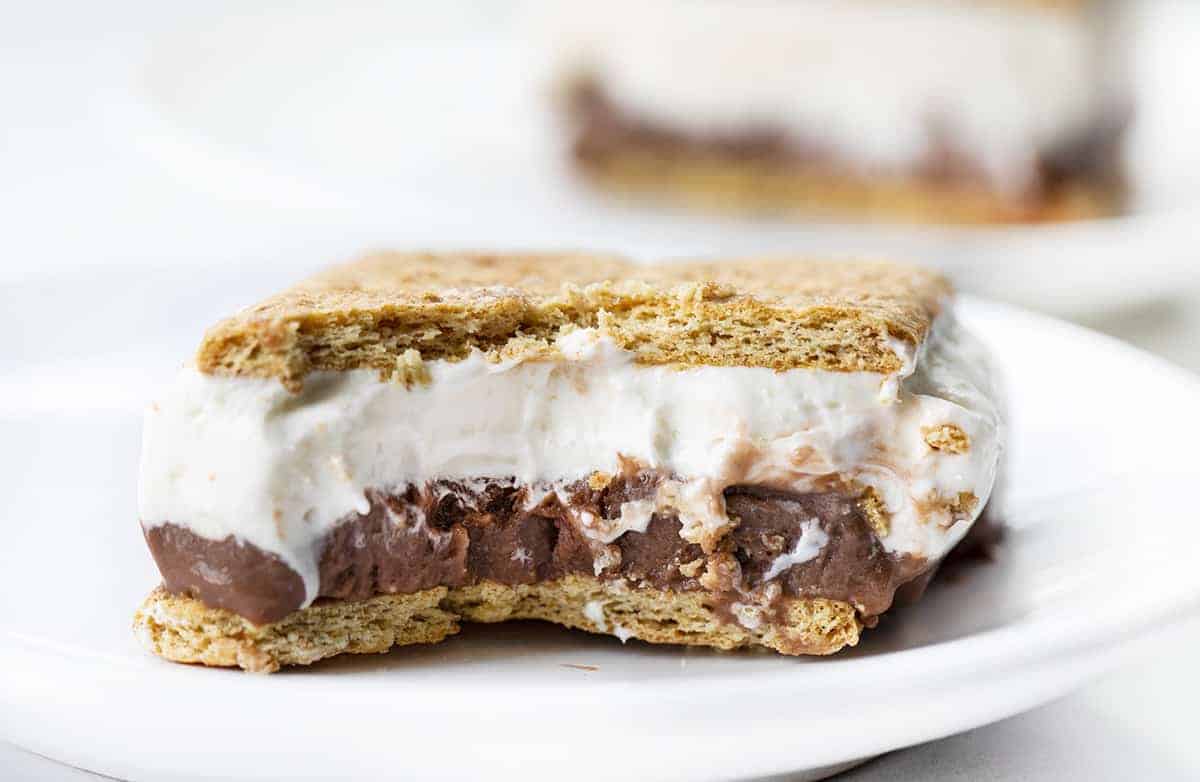 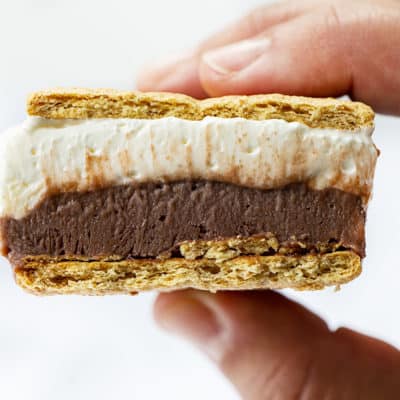 This TikTok Frozen Smore’s Recipe was inspired by a TikTok video from @nicole_thenomad.