No-Bake Apple Pie has all the flavors of an apple pie, but it is made with a graham cracker crust and you don’t even need to turn on your oven! Try Dwight’s Caramel Apple Pie for another delicious apple pie recipe.

There is something so great about no-bake desserts, especially in the hot summer months. And, sometimes you are craving an apple pie, but don’t want to go through the hassle of making it completely from scratch, including a homemade pie crust. This No-Bake Apple Pie is a delicious apple dessert to share without a lot of fuss. 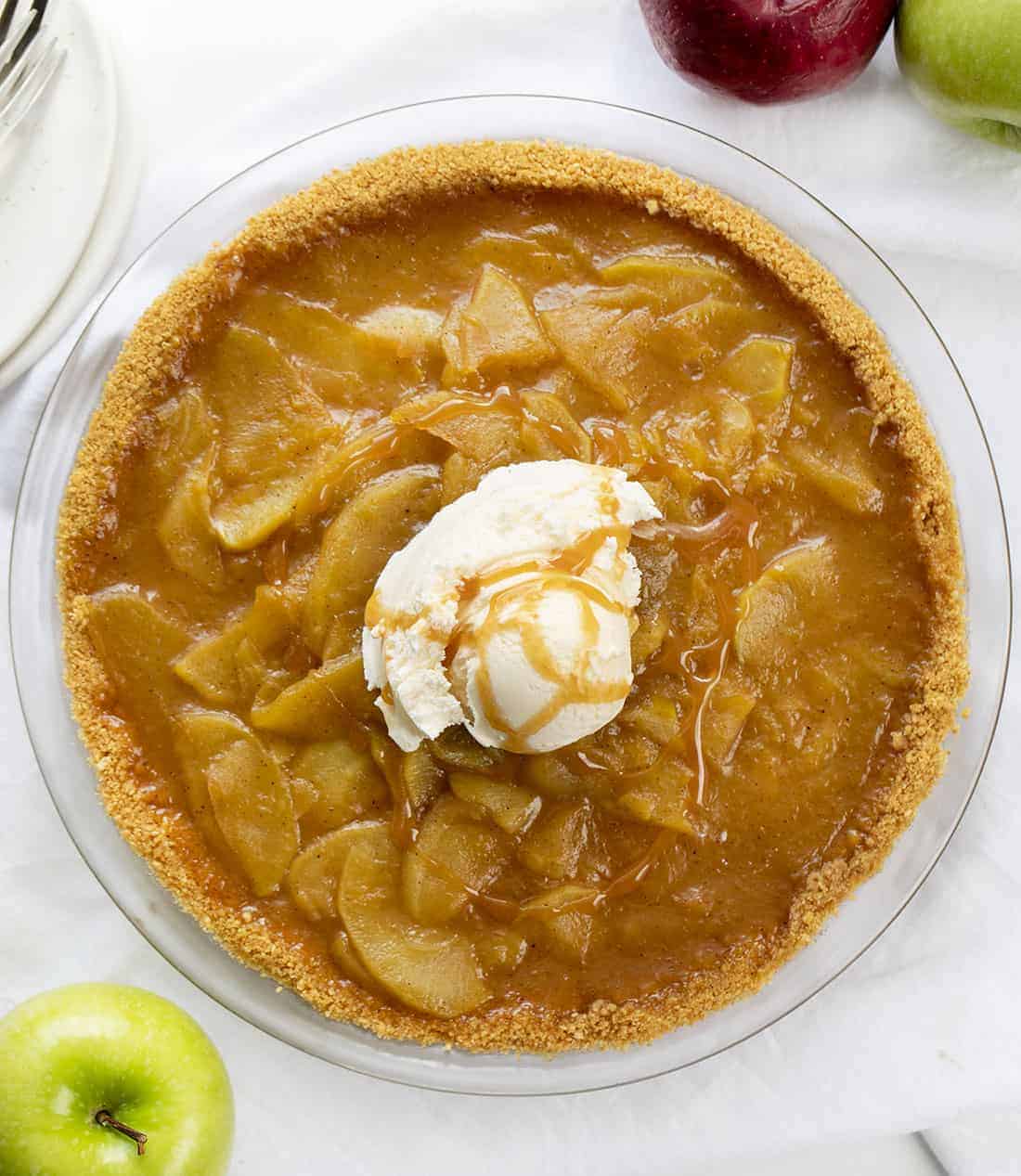 There are three parts to this no-bake apple pie dessert–graham cracker crust, apples, and pudding mixture.

Apples: I used Granny Smith apples in this recipe. They won’t turn to mush and they tend to retain their shape when baked. A few other options you could try would be Honeycrisp apples, Braeburn, or Pink Lady apples.

Apple Pie Spice: If you don’t have any on hand, make your own homemade apple pie spice. 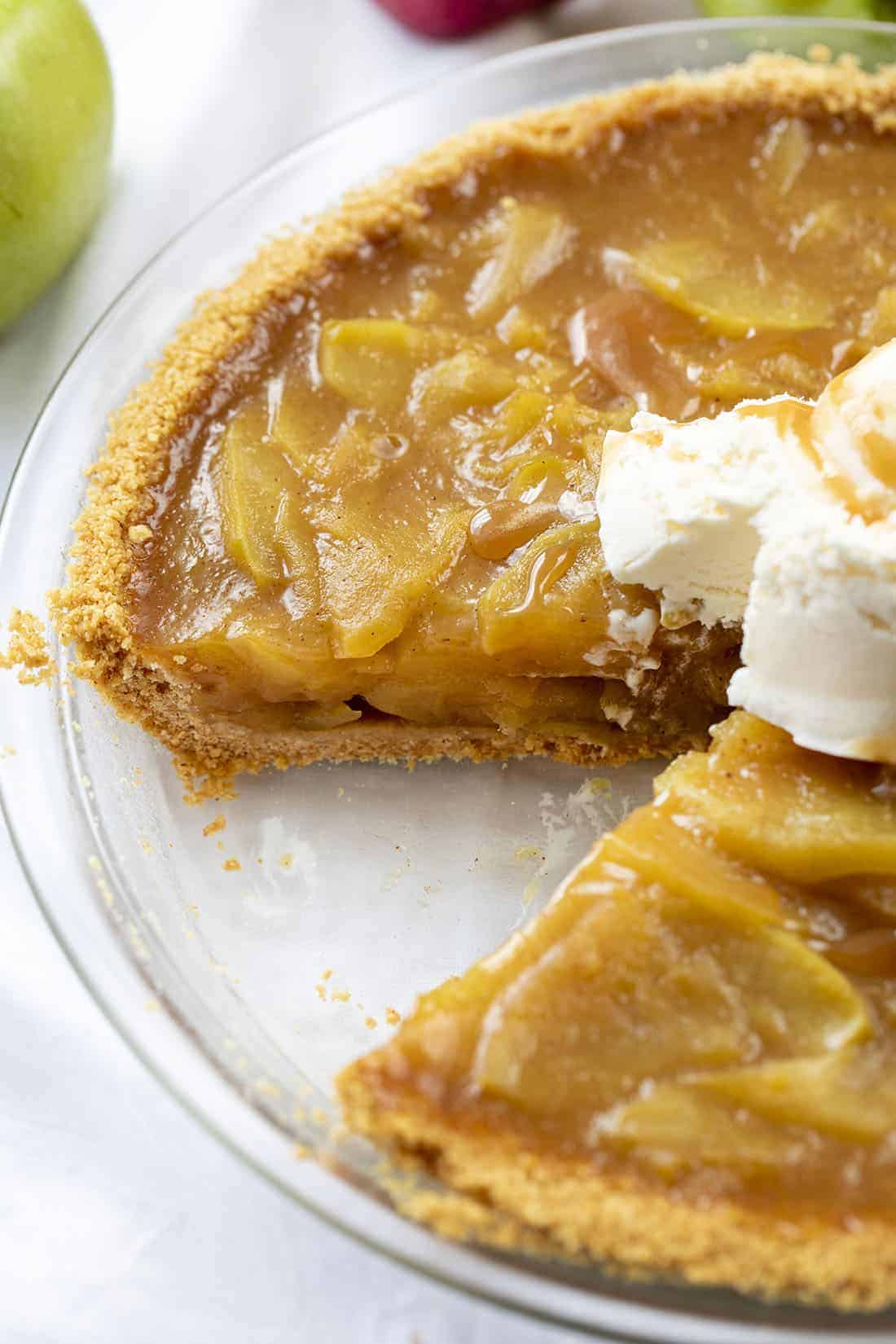 Pour the coated graham cracker crumbs into a 9-inch pie dish. Press the crumbs flat with your hands. Then, use the bottom of a kitchen glass to press the crust even flatter. Make sure you get some of the crust up the sides of the pie pan as well. Set the crust aside as you make the filling. 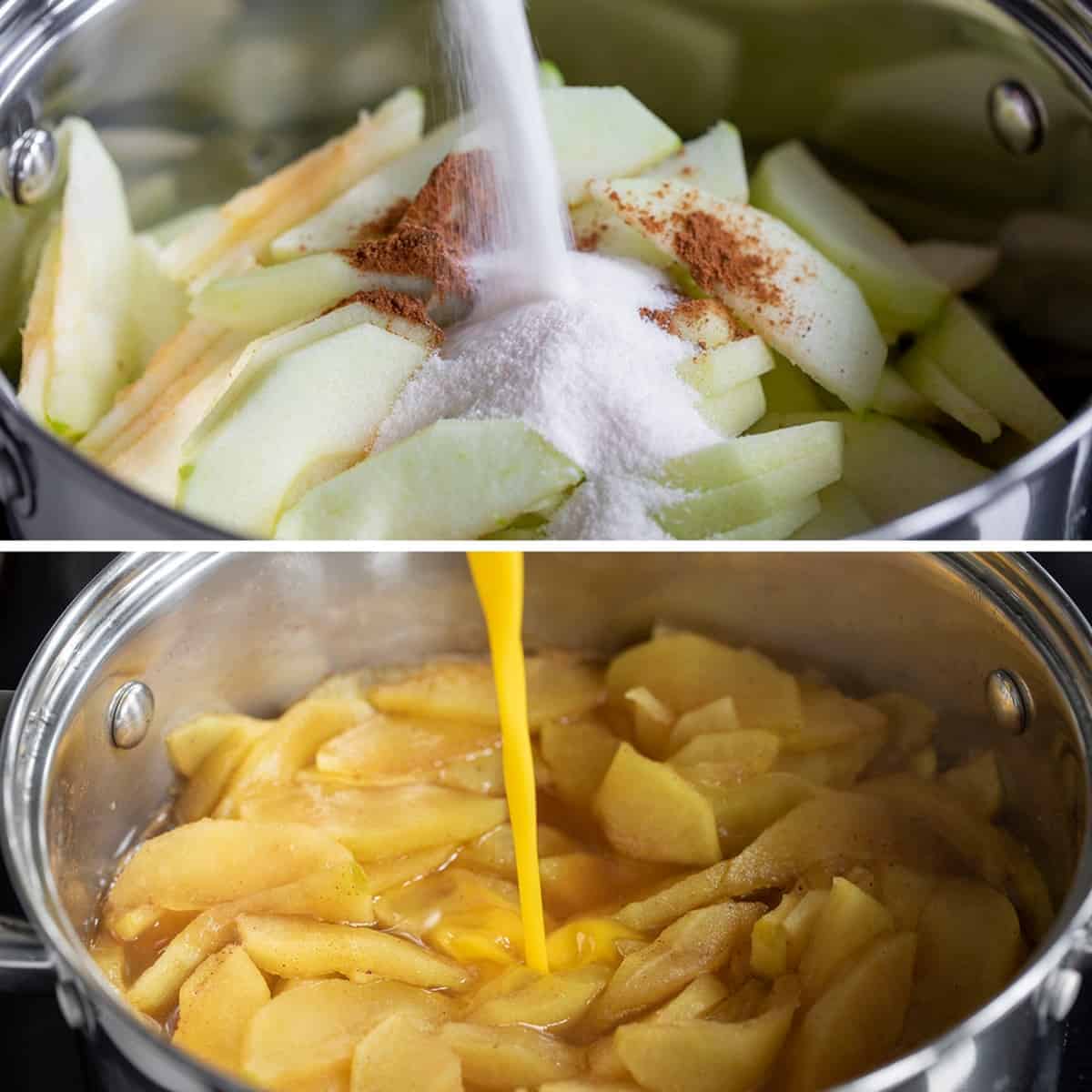 How to Make No-Bake Apple Pie

Get started by peeling, coring, and slicing your apples. For this recipe, slice the apples on the thinner side. Next, in a large saucepan over medium-high heat, add the lemon jello (you won’t taste the lemon flavor in the pie), apple pie spice, water, and apple slices. Mix the ingredients together until the apple slices are coated.

Bring the apple mixture to a boil; then, reduce heat to medium-low and cover. Let the ingredients simmer 8-12 minutes, or until apples are tender. You may need to stir the mixture occasionally.

Meanwhile, in a medium bowl, whisk together the cook-and-serve pudding mix and water. After the apple mixture has simmered, add the pudding and water mixture to the apples and cook for about a minute. The filling will start to thicken immediately.

Finally, pour the filling into the prepared crust and let it sit for about five minutes before transferring the pie to the refrigerator to chill for about 3 hours. When ready to serve, top with whipped topping. Store the pie, covered, in the refrigerator for up to five days. 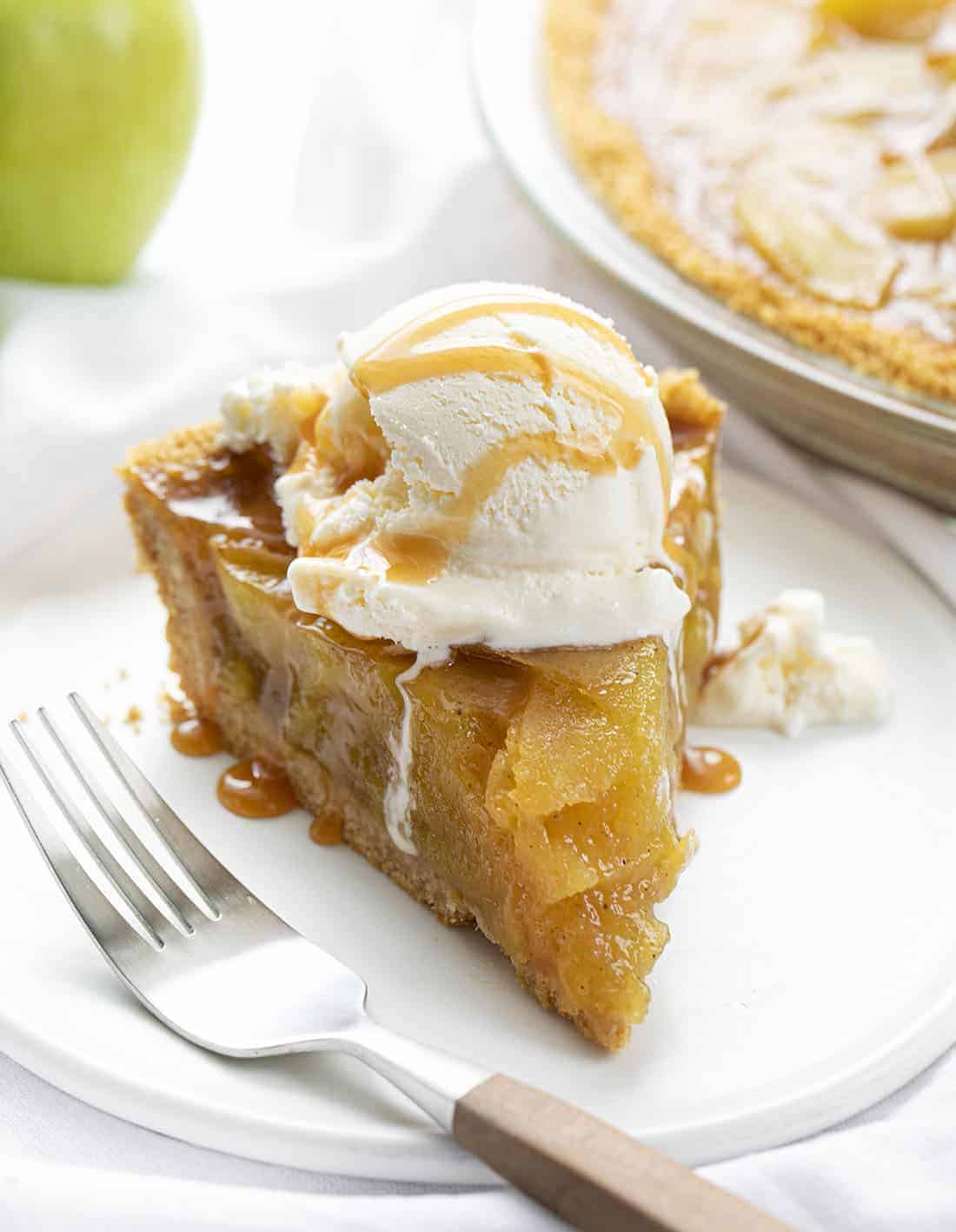 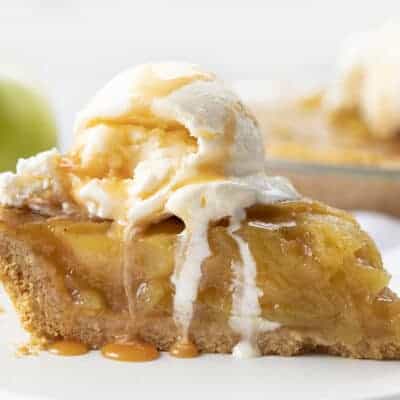 Prep Time 15 mins
Cook Time 15 mins
Chill 3 hrs
Total Time 3 hrs 30 mins
No-Bake Apple Pie has all the flavors of an apple pie, but it is made with a graham cracker crust and you don't even need to turn on your oven!
SaveSaved! Print Rate Comment 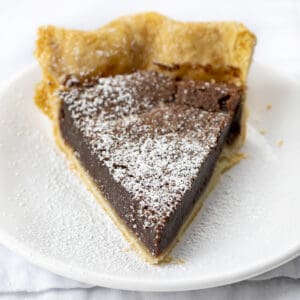 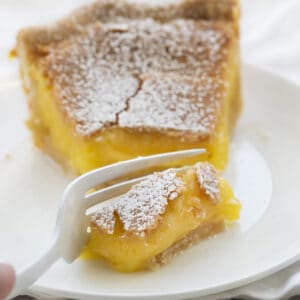 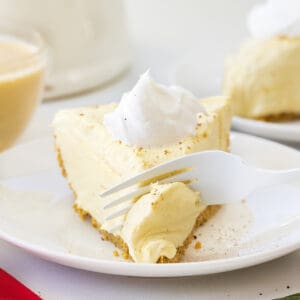 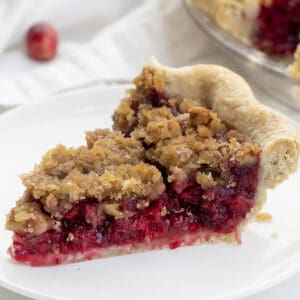