These are the perfect light and fluffy pumpkin snickerdoodles for Fall. The cookies are slightly crisp from the cinnamon and sugar coating while the inside has a soft, airy texture. Not only do kids love these pumpkin snickerdoodles, but the adults do too! If you like these, then you simply must try my other snickerdoodle recipe.  It is the best! 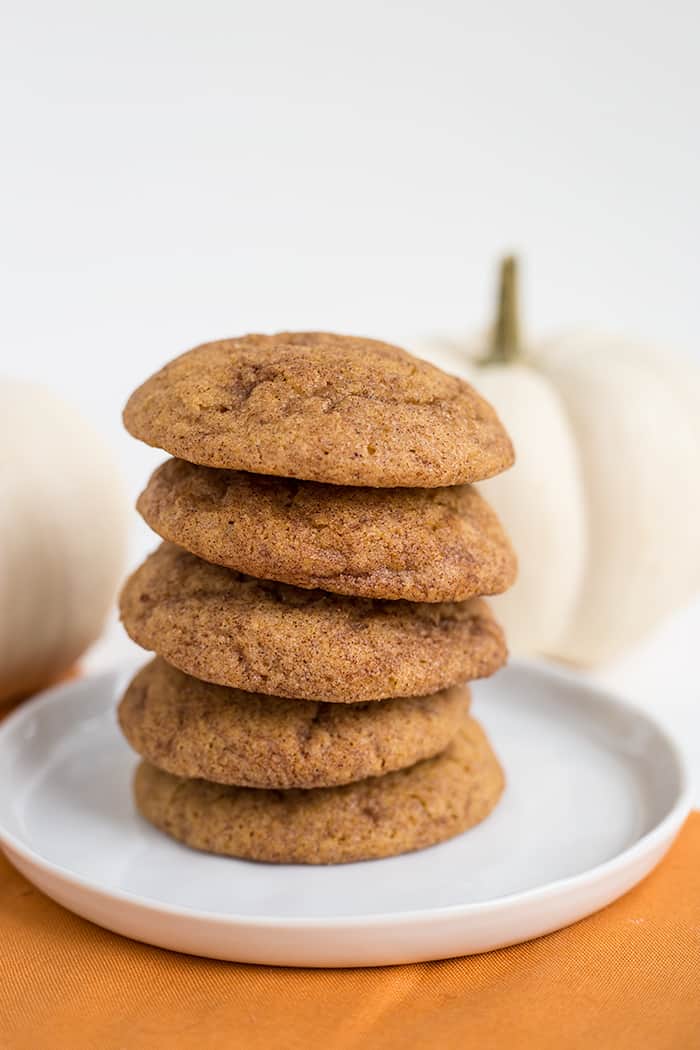 To make the pumpkin snickerdoodles, I went with dark brown sugar instead of light brown sugar. You can use either, but I’m all for adding the dark brown sugar with the extra molasses in it. I also choose to use my Homemade Pumpkin Spice instead of the combination of cinnamon, ginger, nutmeg, allspice, and cloves. I find that people are more likely to have pumpkin pie spice on hand rather than the spices individually. 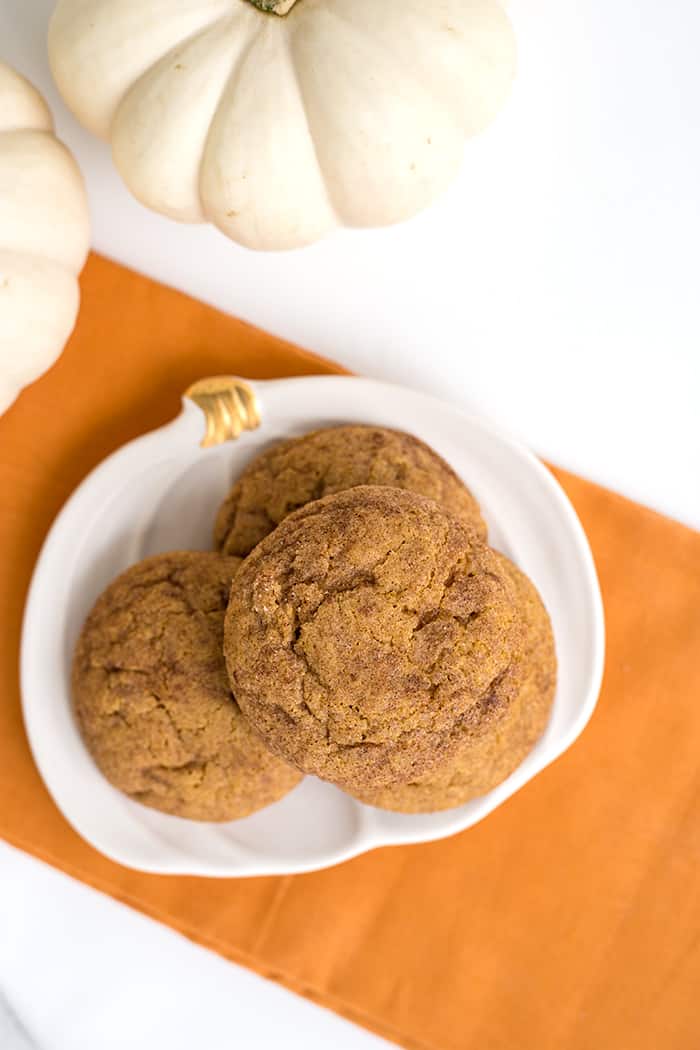 For pretty much any recipe you’re making, you’ll want to make sure you have grabbed the canned pumpkin purée rather than the pumpkin pie mix. Pumpkin pie mix just won’t work for this recipe or probably any other recipe out there looking for just pumpkin purée.

You can, however, make your own pumpkin purée with sugar pumpkins. You basically just have to cut the pumpkins in half, clean the seeds, or as I call it, “the guts” out of it, and roast it cut side down in the oven until it’s soft. Afterward, scoop out the pumpkin and puree it in a food processor.

Homemade pumpkin puree can be a little runnier than the canned, so I can’t say for certain how the pumpkin snickerdoodles will turn out using it. My guess would be that it will be even stickier in dough form and flatter after they’re baked. 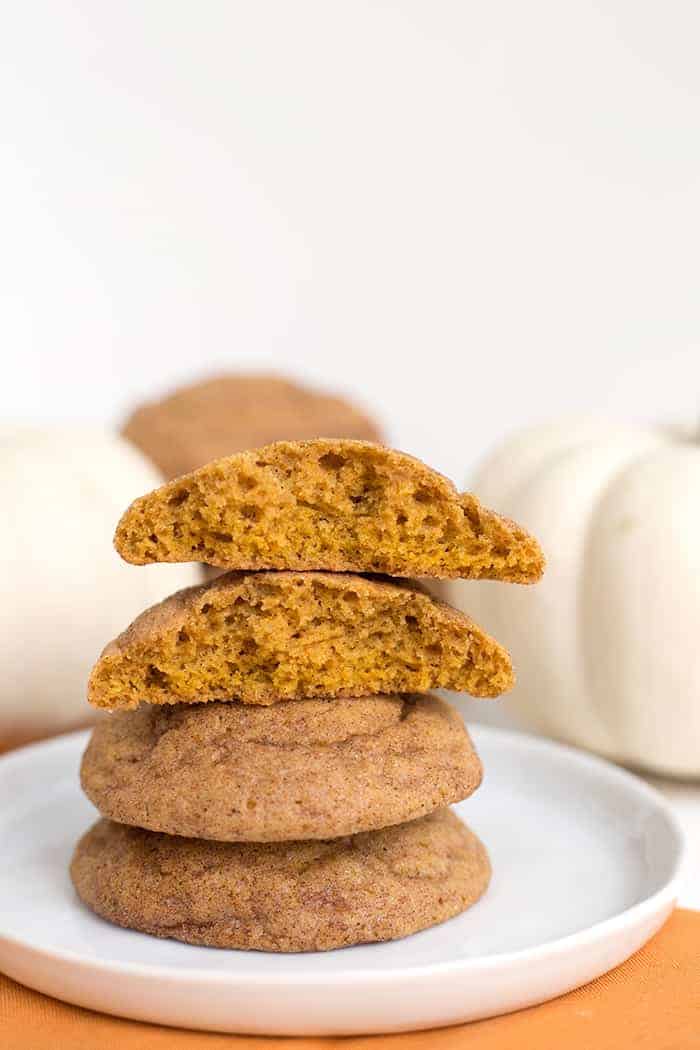 How to Make Pumpkin Snickerdoodles

Just like with any cookie recipe, begin by beating the butter and sugars until it’s creamed. Add in the pumpkin, any extracts, and the egg. Once that’s all mixed together, add in all of the dry ingredients. Using the hand mixer, beat it until the cookie dough comes together.

Sounds so simple, right? It is. 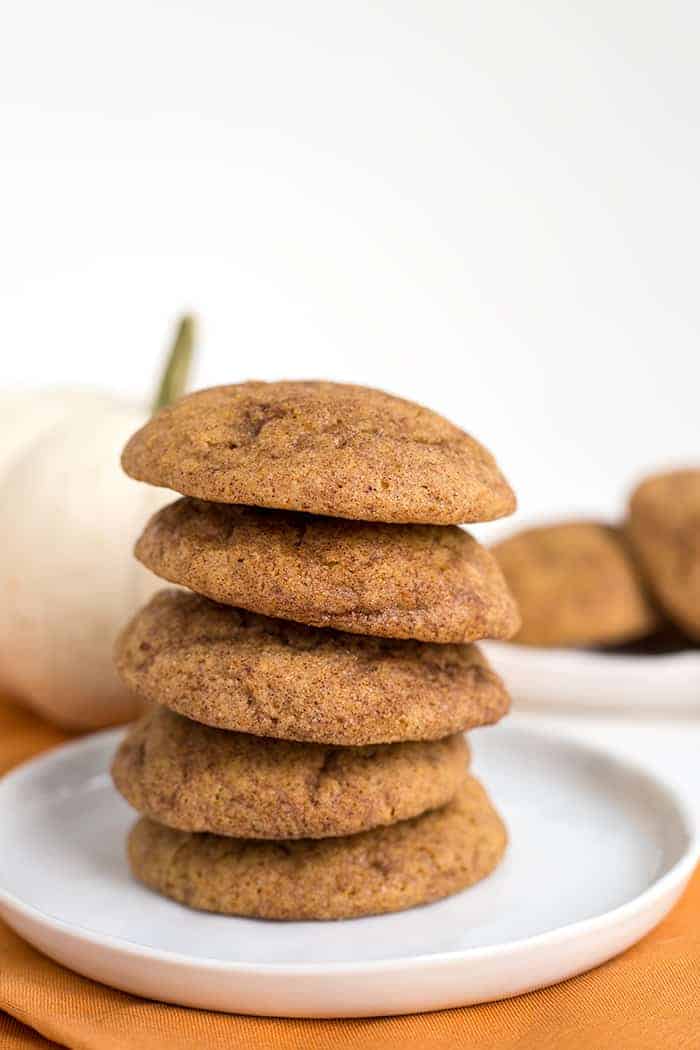 What temperature to bake pumpkin snickerdoodles? I baked my cookies at 350°F.

Can you freeze pumpkin snickerdoodles? Yes! You can freeze them up to 3 months baked and stored in a freezer bag. You can also scoop the cookie dough on a cookie sheet lined with parchment paper. Place into the freezer until they’re frozen and then pop them into a freezer bag for up to 3 months. I would recommend baking them frozen otherwise you may have a sticky mess of cookie dough if you thaw them first.

Can I make the pumpkin snickerdoodles without cream of tartar? Yes! While the cream of tartar does add a tanginess to the cookies, if you don’t have it on hand it can be left out. 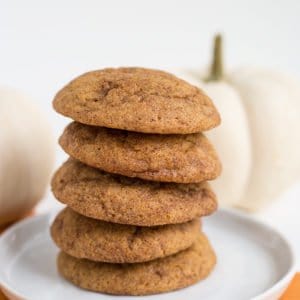 Looking for more great Cookie Recipes? I’ve got you covered!