Toasted Marshmallow Brownies are a layer of baked brownies that are topped with homemade marshmallow that is toasted to a golden brown. Try my Rocky Road Brownies for another chocolatey marshmallow treat.

There is no need to build a campfire to enjoy these Toasted Marshmallow Brownies. It starts with the perfect pan of brownies. Then, the brownies are topped with a thick layer of ooey-gooey homemade marshmallow. Finally, the top is broiled or torched to a golden brown.

There are two parts to this recipe–the brownies and the homemade marshmallow layer.

Brownies: Make sure the eggs are at room temperature. And, for the butter, melt it and then let it cool a bit before pouring it into the brownie batter. For cocoa powder, I used Dutch-processed cocoa powder.

Corn Syrup – Yes, it is important. However, if you prefer a recipe that doesn’t use corn syrup, try this homemade marshmallow recipe. It uses maple syrup.

Carefully! Kidding. Just use a sharp knife dusted with confectioners sugar. It glides through easily!

How to Store Marshmallow Brownies

I prefer to leave these at room temperature. If you don’t plan on finishing them within a couple of days of making them, you can refrigerate them. They will last about 5 days in the refrigerator in an airtight container. However, we much preferred letting them come to room temperature before eating. 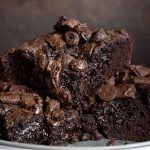 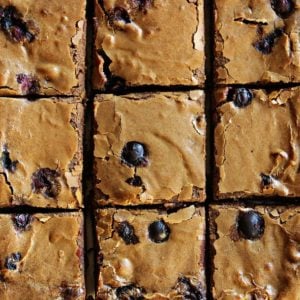 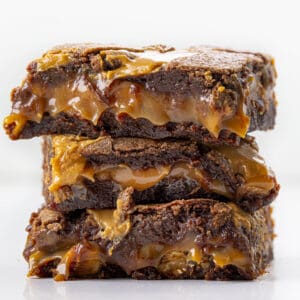 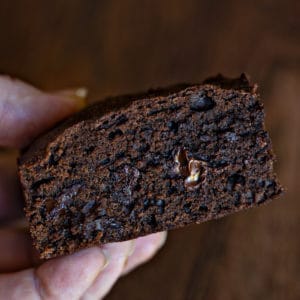 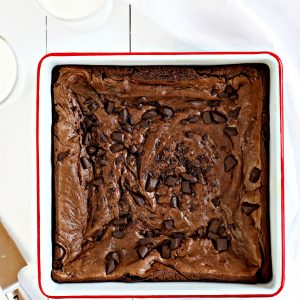 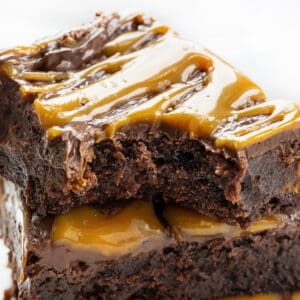 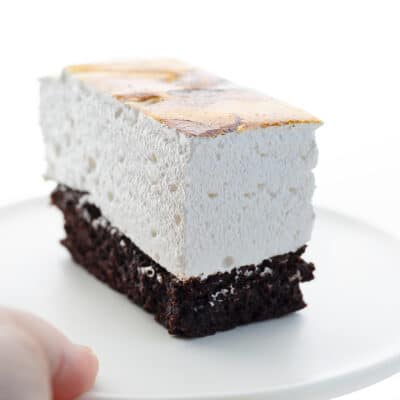