Rainbow Chip Brownies are an ooey-gooey chocolate brownie topped with a chocolate ganache and sprinkled with colorful rainbow chips! If you love brownies, be sure to try my most popular brownie recipe ever… Homemade Brownie Mix!

Rainbow Chip Brownies are colorful enough to brighten your day and bring a smile to your face! Then, once you taste this chocolate treat, your day will be made! They remind me of the Cosmic Brownies that were always a great birthday treat to share. The only problem was that some of the Cosmic Brownies never had enough sprinkles😊. In these brownies, you can add as many of those colorful chips as you want! 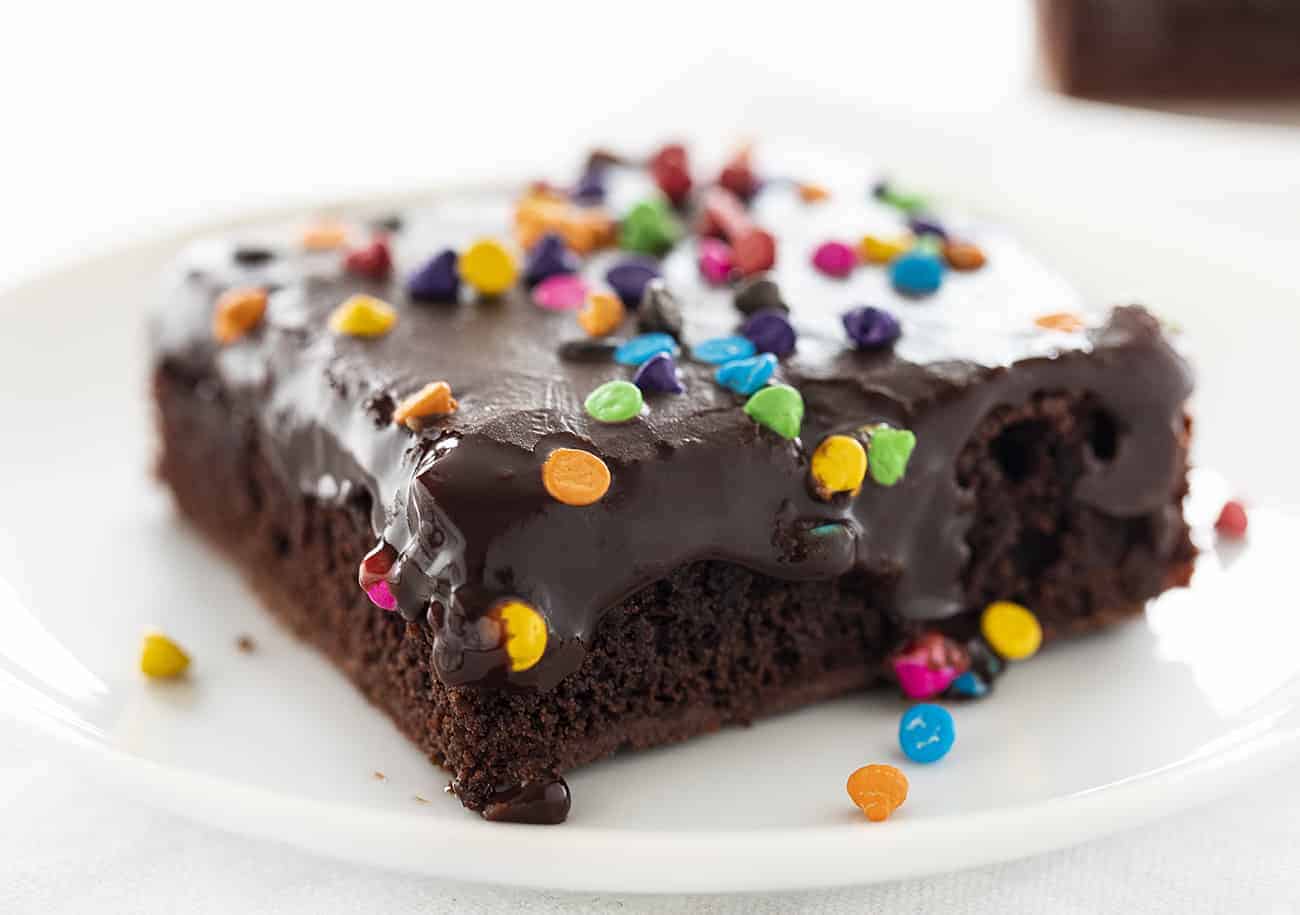 It all starts with the perfect brownie recipe for these Rainbow Chip Brownies. Once the brownies have been baked to perfection, it’s about the chocolate ganache and all-important rainbow chips. Seriously, just thinking about the colorful sprinkles brings a smile to my face. 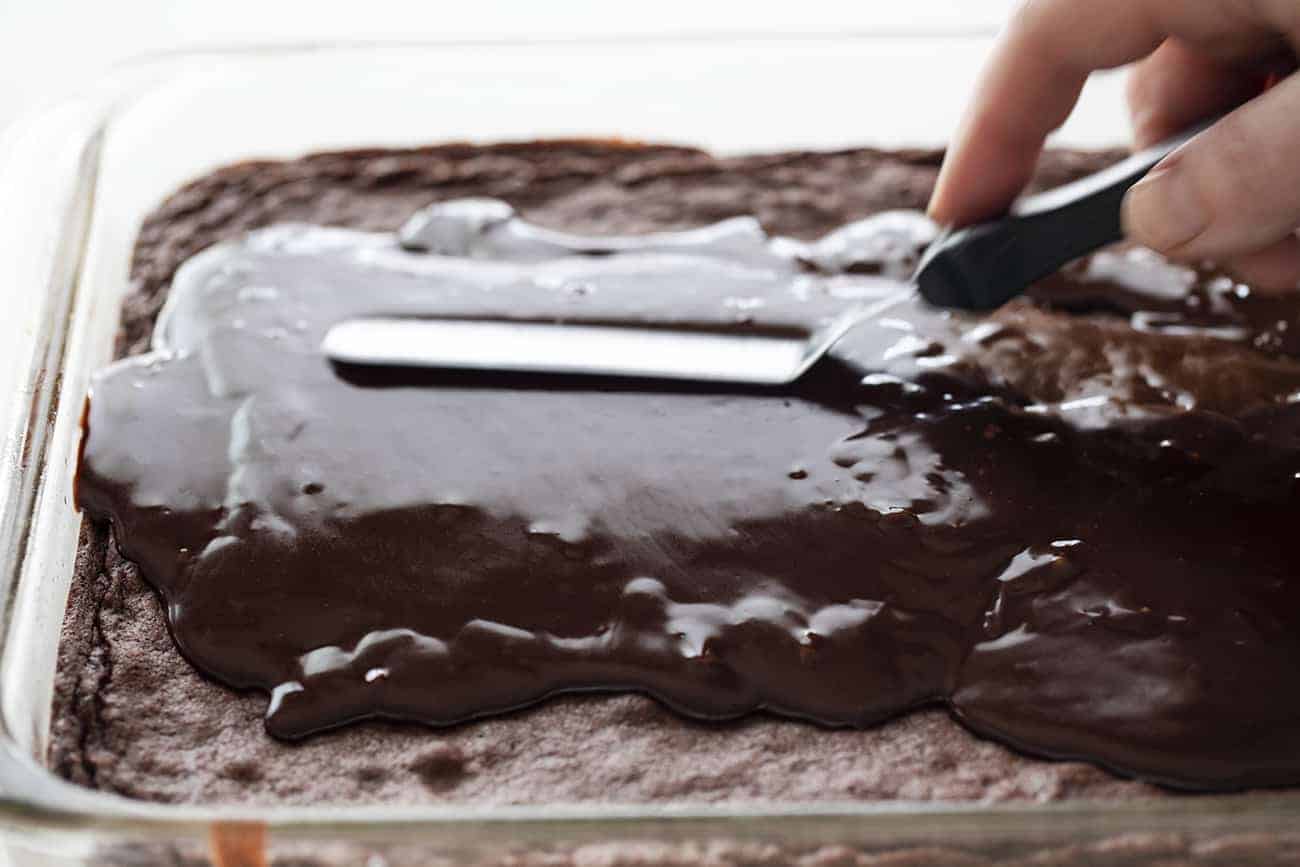 How to Make Rainbow Chip Brownies

The first thing you need to make for Rainbow Chip Brownies are the brownies. Makes sense! When I am making brownies in a 9×13 pan this is my go-to recipe. It is thick and rich and always comes out perfect, no matter what. Use a prepared (spray with non-stick spray or use GOOP) 9×13 pan. Once you have the brownies made, be sure to let them cool before you layer on the chocolate ganache and rainbow sprinkles.

PRO TIP: Feel free to use Chocolate Buttercream instead of ganache… it’s an entirely different and fun experience!

Chocolate Ganache is so easy to make, and it is the topping that covers these delicious brownies and holds the rainbow sprinkles. I made this ganache a little differently than the original recipe that I linked, but both would work. I just wanted more chocolate so I used two types of chocolate in this ganache.

Then, the fun part…sprinkle the rainbow chips all over the top of the brownies. The hardest part of this recipe is waiting for the ganache to set. Put the pan of brownies in the refrigerator to chill for about an hour before cutting into them. I know, I know…waiting is the hardest part😉. After you have waited patiently, enjoy this chocolate treat. Add some ice cream to jazz it up even more! 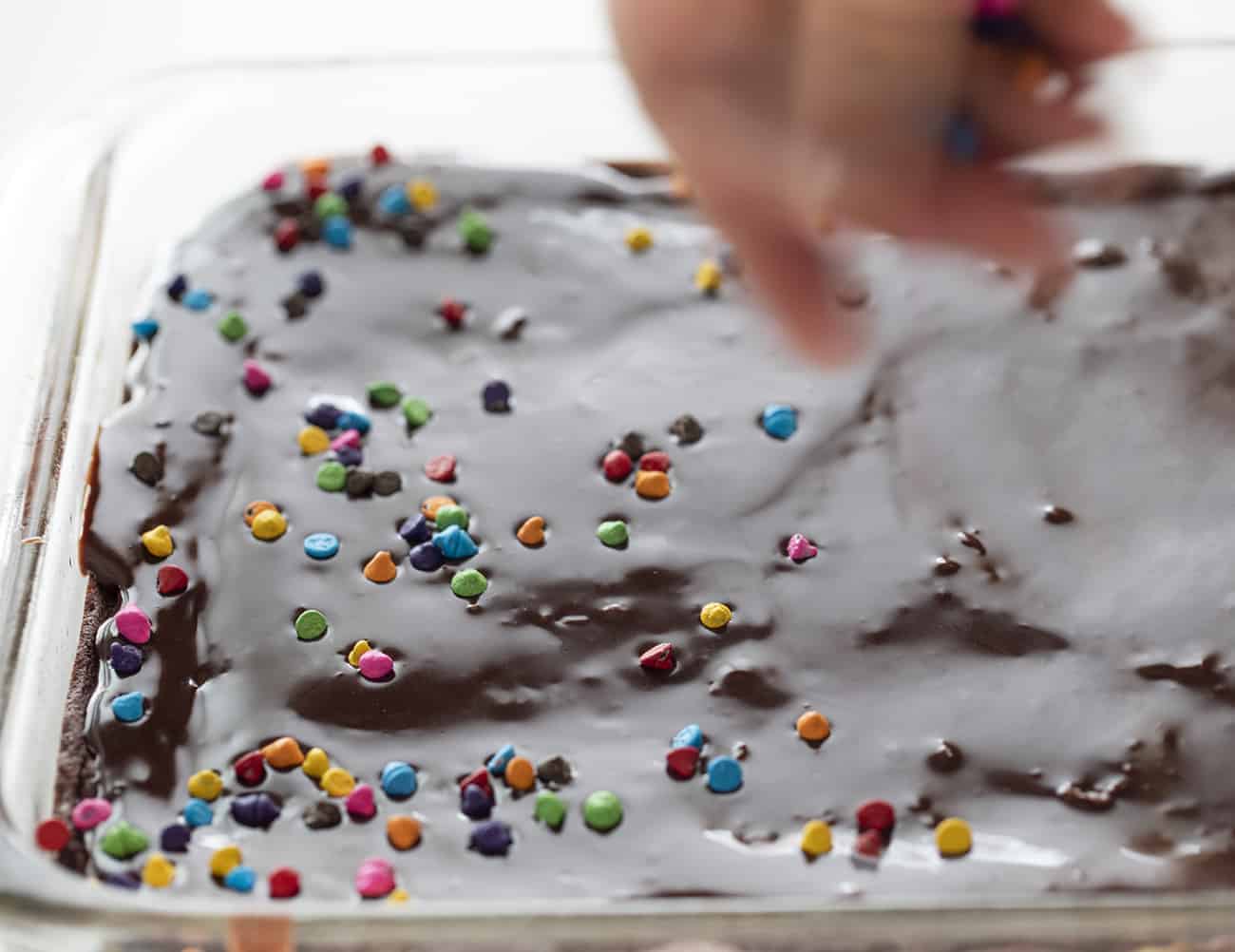 How to Store Rainbow Chip Brownies

Brownies should be stored in an air-tight container. They will last 1-2 days at room temperature. They may last a day or two longer if you store them in the refrigerator. In both cases, keep them in that air-tight container. If you want to freeze the brownies, do not cut them. Simply wrap the cooled brownies in plastic wrap. Then, wrap them up again in aluminum foil. Store them in the freezer for up to 3 months. 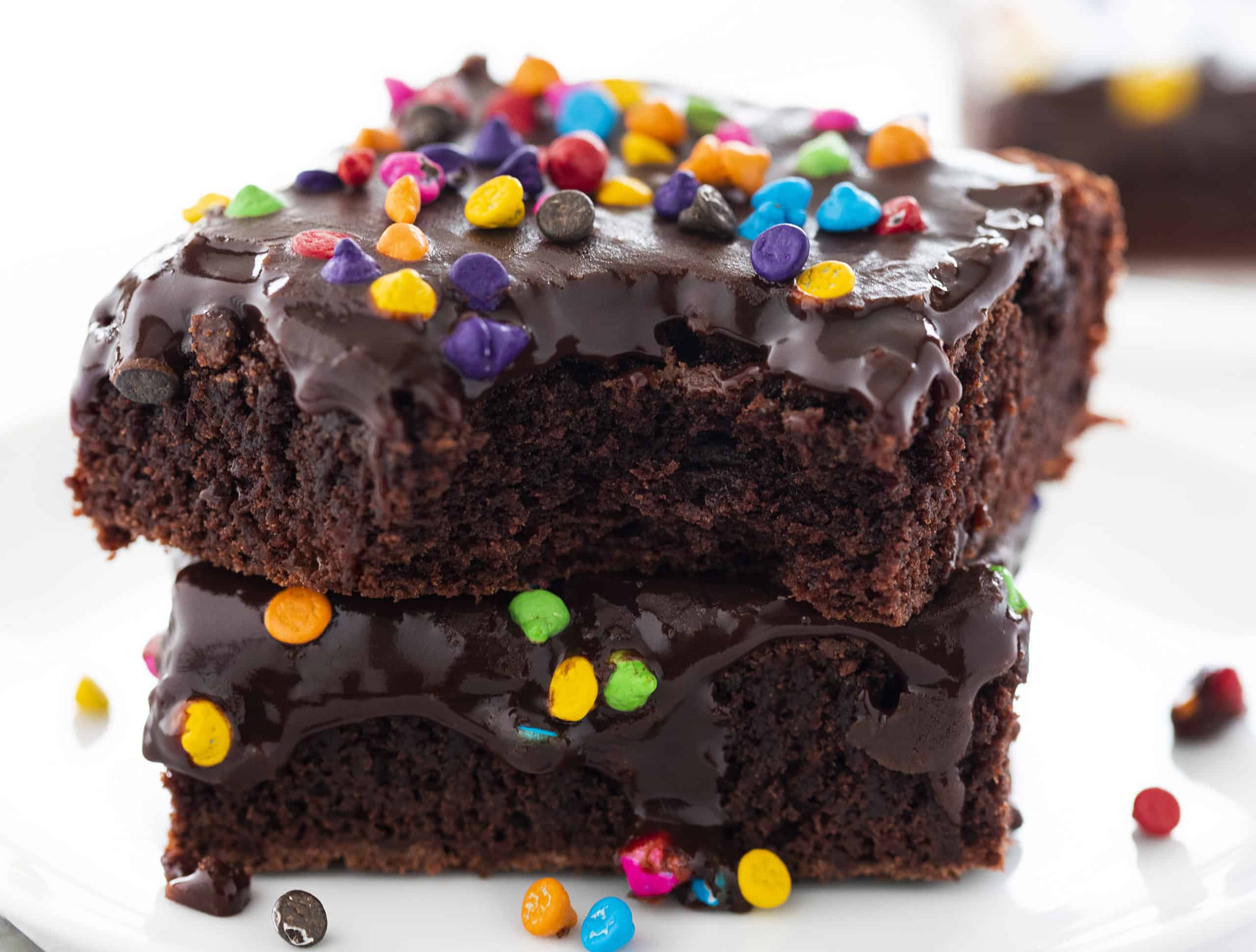 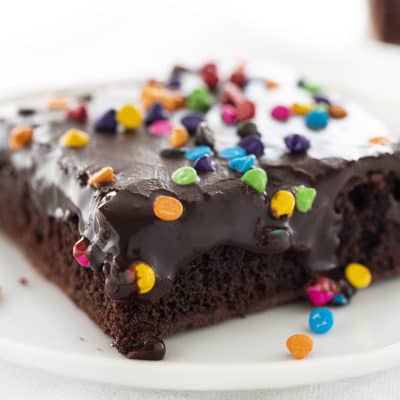