Snickerdoodle Puppy Chow (aka Muddy Buddies) is an easy alternative to get that Snickerdoodle cookie taste in a fun and powdery way! Plus, you can never have enough puppy chow flavors to share (or eat)! Check out my S’mores Puppy Chow recipe for another variety of this addicting snack! Remember, this is for humans only! 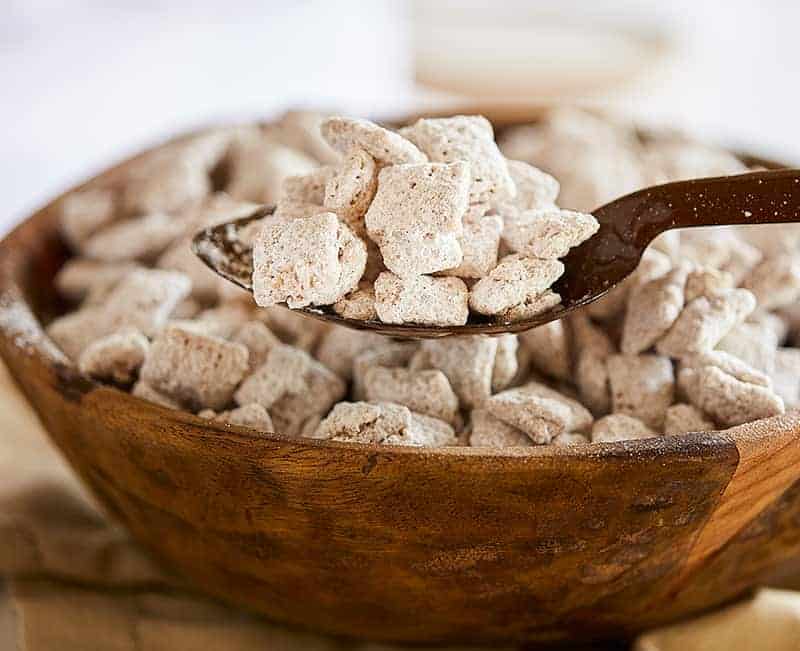 Another puppy chow recipe, you say? Why, yes! After all, puppy chow (muddy buddies) is such an easy snack to make and have on hand, especially with school starting here soon! I love the combination of cinnamon and sugar, and Snickerdoodles are one of my favorite cookies, so why not bring the flavor into this evergrowing garden of puppy chow flavors? With just five ingredients, and a recipe that is easy for the kids to help with, get shakin’ on this update of the classic Puppy Chow recipe! 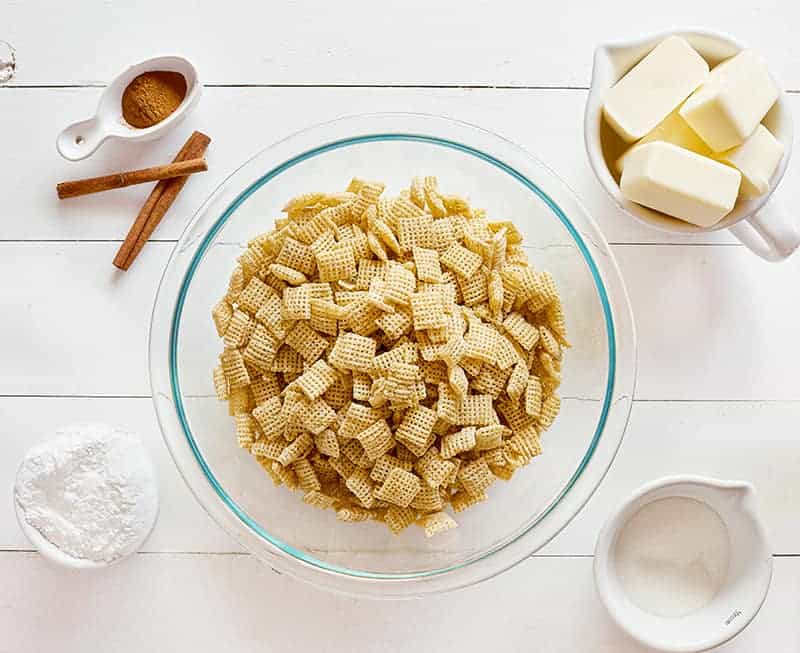 As in the other puppy chow recipes, Snickerdoodle Puppy Chow only requires a few ingredients. In this case, all you need are five! 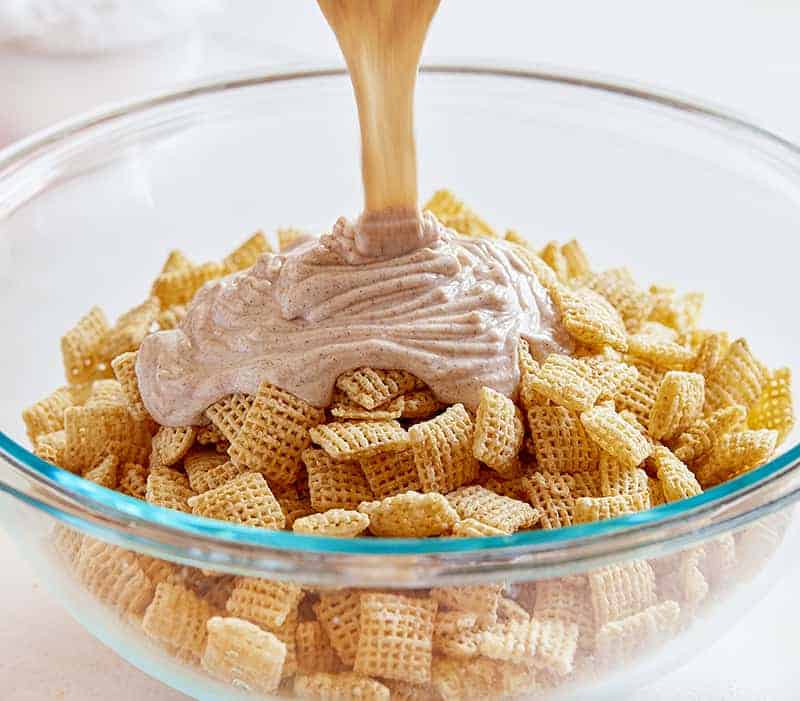 How to Make Snickerdoodle Puppy Chow

You can store the puppy chow in an airtight container (or in the bag you made it in) on the counter or in the refrigerator for up to 2 weeks, but I doubt it will last that long! (That is the official answer BTW, I have never refrigerated puppy chow.) 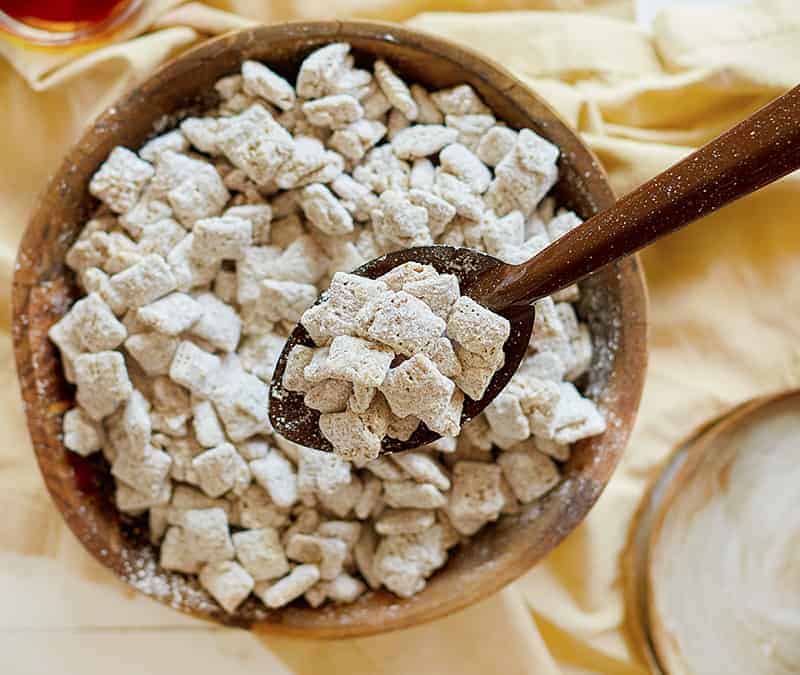 As I said, there are so many tasty varieties to this classic treat. Here are a few of my favorites I have made.

Love Everything Snickerdoodle? Try these Recipes. 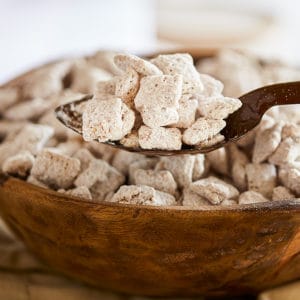 Snickerdoodle Puppy Chow (aka Muddy Buddies) is an easy alternative to get that Snickerdoodle cookie taste in a fun and powdery way!